Two cold days on the Ranch

It was a working weekend for me and unlike the weather of recent weeks it was absolutely glorious on both days.

If memory serves me correct I started my monthly Kids Birdwatching Club (with the blessing of Peter Holden) in the autumn of 2007 to encourage budding naturalists to venture outside with their parents and assorted other guardians. It harked back to the ‘good old days’ of the YOC which myself and the majority of my ornithological peers came up through. We are all still birders and good all round naturalists and most of us work within the conservation field. I am proud to say that some of the next generation of young ornithologists started at our little Saturday club and have been to or are at Uni studying environmental degrees, or volunteering on RSPB reserves or at far flung bird observatories.

Fast forward to Saturday just gone and with a nice clear crisp day I was not surprised to see a couple of our regulars arrive (Ben M, Georgia and Max) but by the time I left to go out I had 13 keen youngsters (and their taller chaperones) in the party.  Many were new to the reserve but all were keen to learn and that went for the all important parents too. It was a wondrously eclectic group of people with two families of Asian descent along with Polish, German, Hungarian and English.  Having such a large group meant that the walk took a wee bit longer than usual but everyone stayed with me and had a great time.  It gave me hope that parents are starting to buy into the idea that getting their families out into the natural world is a vital part of their kids upbringing as well as broadening their own knowledge and enjoyment of the world around them. It was a crazily busy day back at the Centre and the rest of the day was a blur but with some big skies to round things up

Sunday night saw a proper dip in temperature and a thick frost coated everything upon my arrival. With time to spare I picked up my camera and bins and headed out for a loop around the woodland snapping at magical frosty moments as I went.  This was my first proper sunshine day with the camera and I was keep to have a play. Song Thrushes were still in full voice with seven males belting out between the Centre, Woodland and Mar Dyke with a back ground of numerous Robins and a few Dunnocks. 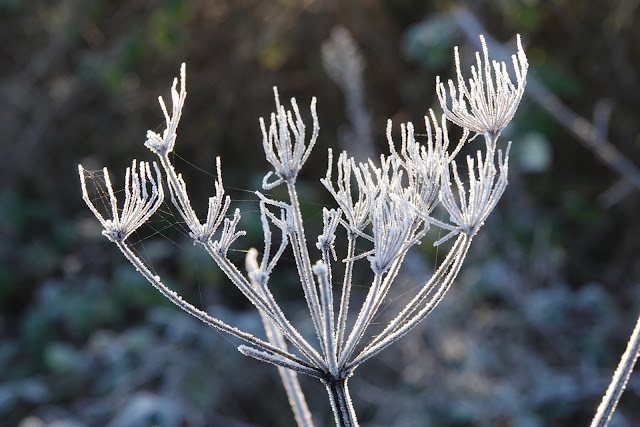 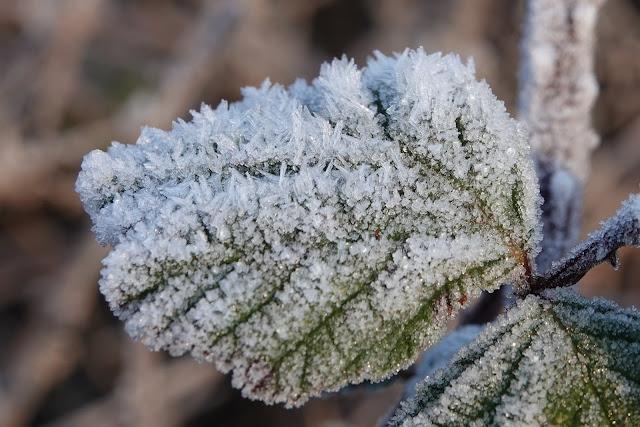 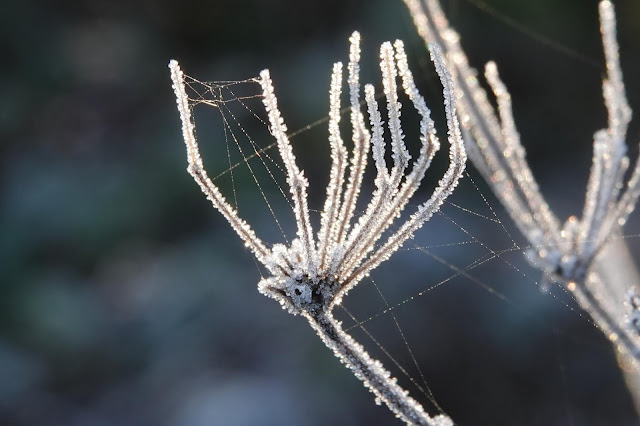 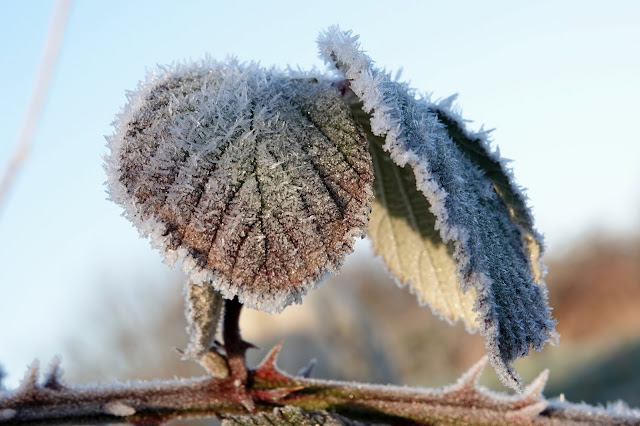 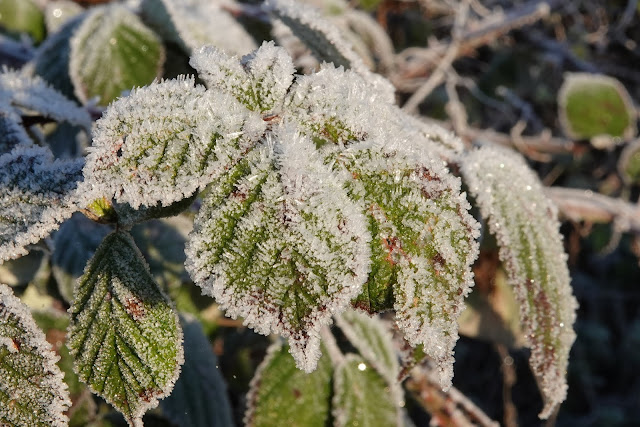 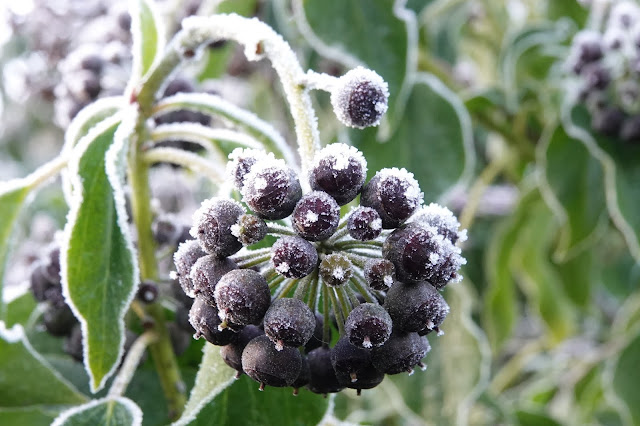 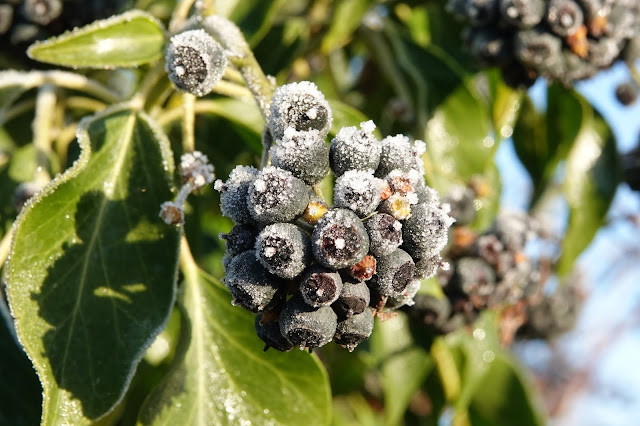 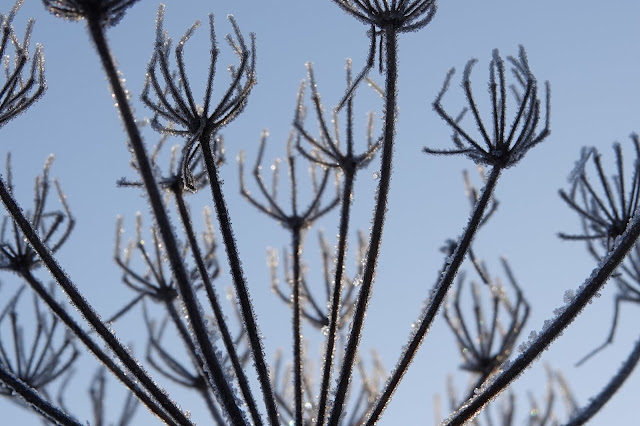 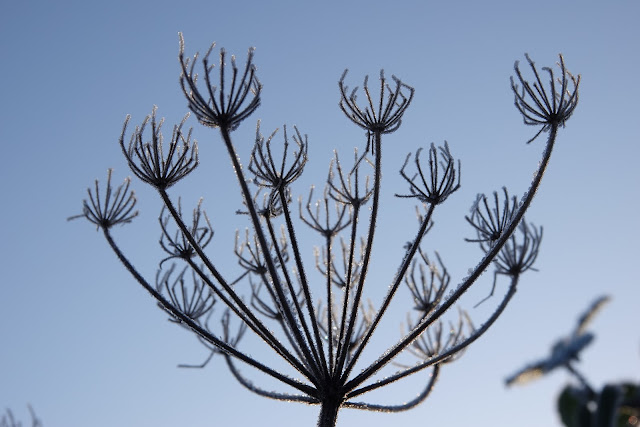 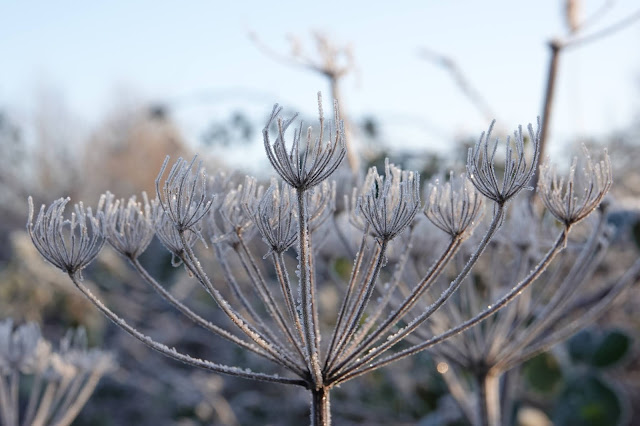 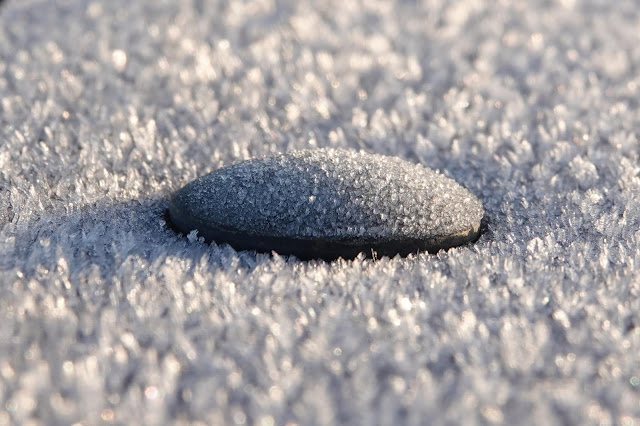 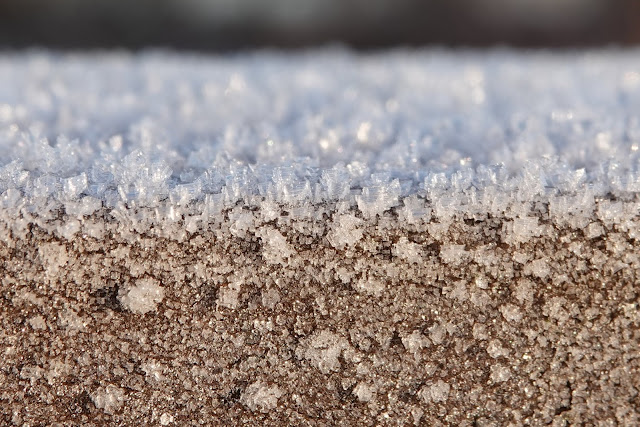 Noticing that the feeding tables and photo hide feeders were empty I started to head back for supplies pausing to watch 18 mellifluous Curlews mournfully depart for the river from the islands in Purfleet Scrape.

They had been spooked by a female Marsh Harrier who then headed across the Thames to Dartford Marsh.  The whistling and grunting Wigeon flock evacuated the grass for the mostly unfrozen water in their escape from her eyes but the 35 Pintail present just continued to doze in neat lines around the edges.

I loaded up with seed and headed straight back out for round two.  The birds were very grateful and were coming down as soon as I started to wade back to the boardwalk – it is a bit deep out there! I might have accidentally taken some mealworms down there with me and three different Robins came to hand for their breakfast.

Your age or experience is irrelevant with moments like that. You cannot fail to marvel at the fact that this, quite literally, featherweight ball of fluff perched on your open hand has consciously decided that you are not a threat but are in fact quite the opposite. That trust is very special.  Dunnocks and even the Great and Blue Tits are becoming bolder and I suspect that they too will soon be partaking of handouts. 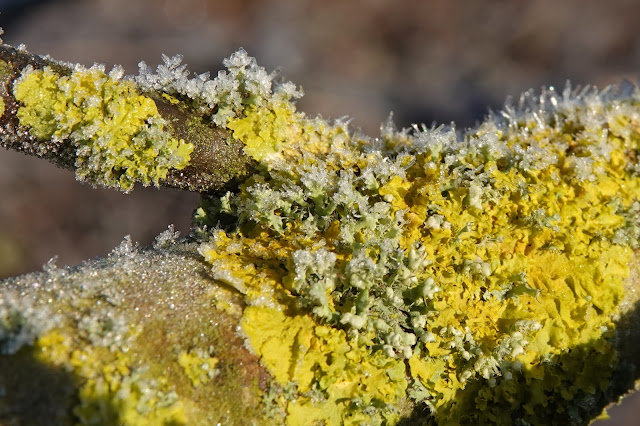 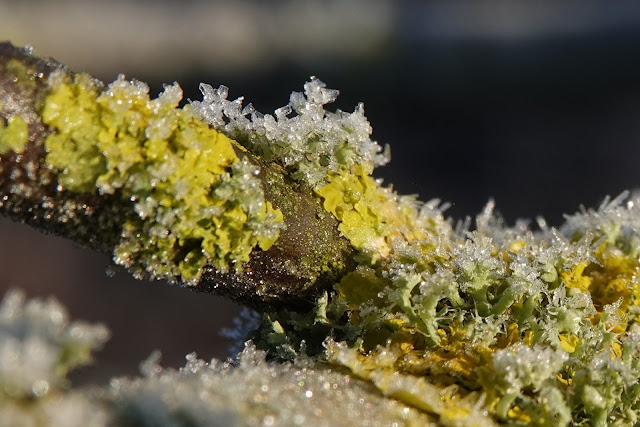 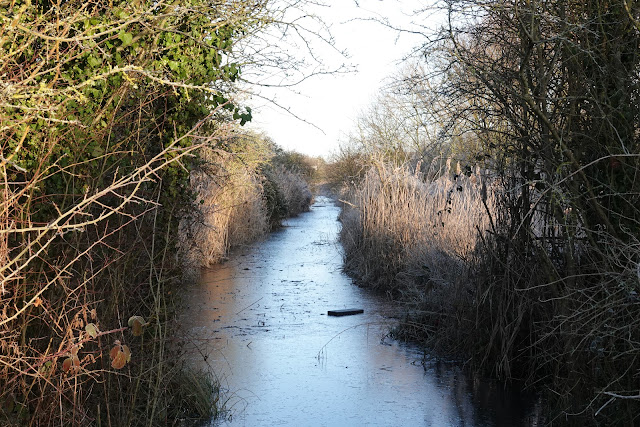 Today was about taking the education volunteers around the marsh for a Howard’s eye view of what the reserve has to offer.  These ladies and gentleman give their time freely to run our school holiday and drop in events as well as full on school visits for some of them.

The weather stayed true and once again a glorious circuit was undertaken. We started along the river wall with countless gulls along the river and two Harbour Seals hauled up on the Kent side. Rock and Water Pipits called and a small group of Fieldfares chacked from the now sparsely berried Hawthorns.

Back on the inside, Yvonne suggested that the sun bathed fence alongside the Mantlet would be a good place to look for sunning inverts. We were not disappointed and soon found a couple of Nursery Web Spiders, a Nettle Bug, a Seven Spot Ladybird, a big fat Calliphorid and one of our funky rare Weevils – Larinus turbinatus with his chunky shoulders and pretty straight snozz. 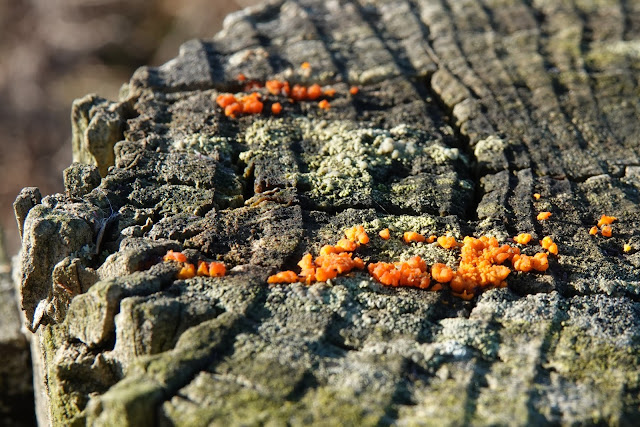 Marsh Harriers quartered the Target Pools and Starlings, Lapwings, Wigeon, Teal and Common Gulls were frequently spooked and three Buzzards circled overhead. There are very few finches around though and although the odd Skylark was heard singing, there are no flocks anywhere on site and only a handful of Reed Buntings and Meadow Pipits.


A Police Helicopter spooked all the geese from Wennington and they all made a b-line for Aveley Pool where they made a cacophonous landing of Canada/Greylag honking, splashing and wing noise all backed by a low golden sun. 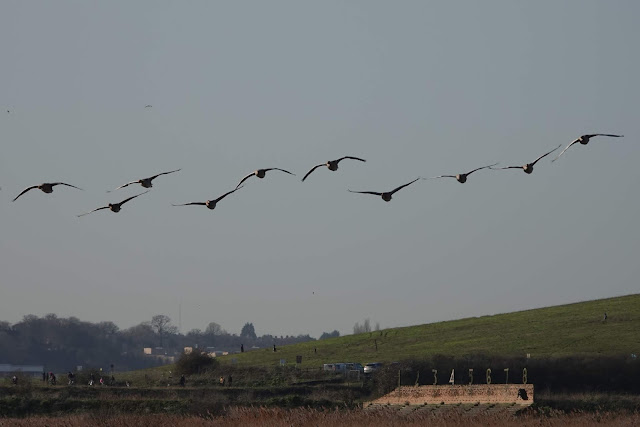 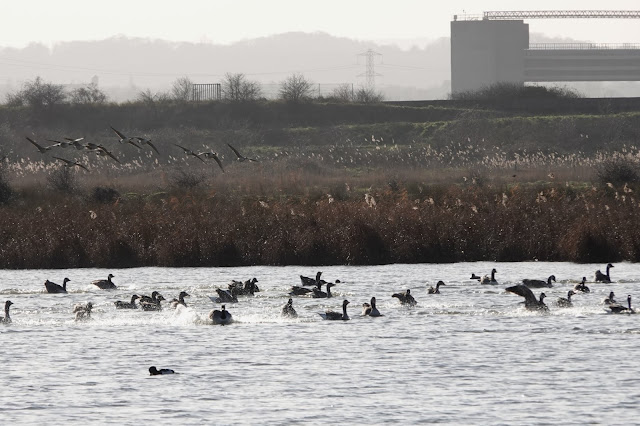 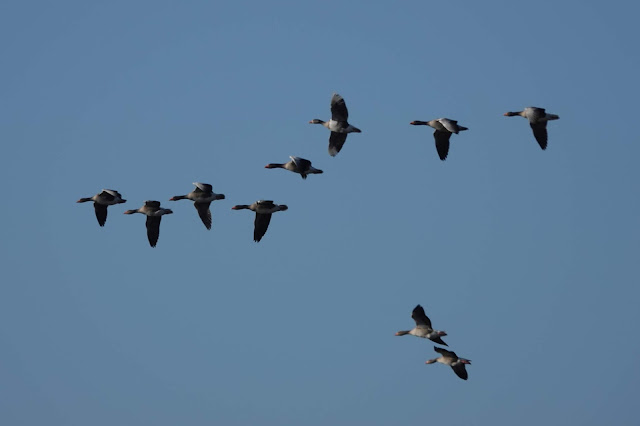 The Woodland was now quiet of Song Thrushes and there was quite a crowd of Robin admirers as we ended our way back for lunch. 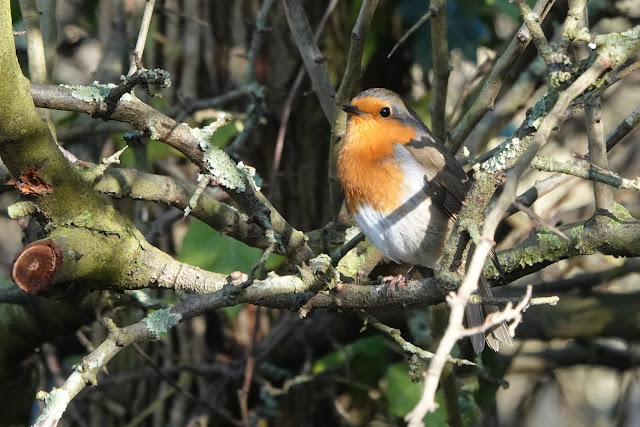 I had another new potential pond dipping volunteer arriving so I quickly introduced Ellie to the team before dashing off on more errands but this did then allow us the chance of a walk around the trail from 2.30 onwards. Two circuits in a day – what is the world coming to.

We headed clockwise round so that I could show her some of the education infrastructure and I discovered that Bulgarian Ellie is also a birder so she was very pleased when the Firecrest popped out just in front of us at the entrance to the Cordite. It showed amazingly well for ten minutes much to the delight of others who came along before continuing on her circuit through the brambles. The Song Thrushes were all going strong again and a Chiffchaff flicked its way alongside the Tringa Pool fenceline.

Four different Marsh Harriers were now out over Wennington and I reckon that there are six on site this winter with two adult males, a young male, the well marked adult female and two more brown ones.  Cetti’s Warblers accompanied us the whole way round with calling rather than singing birds in the majority. 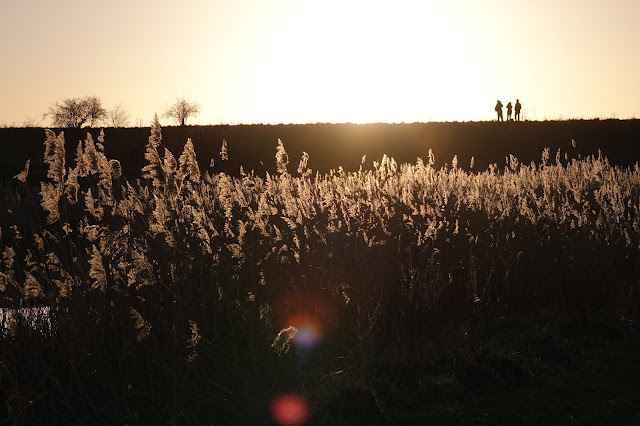 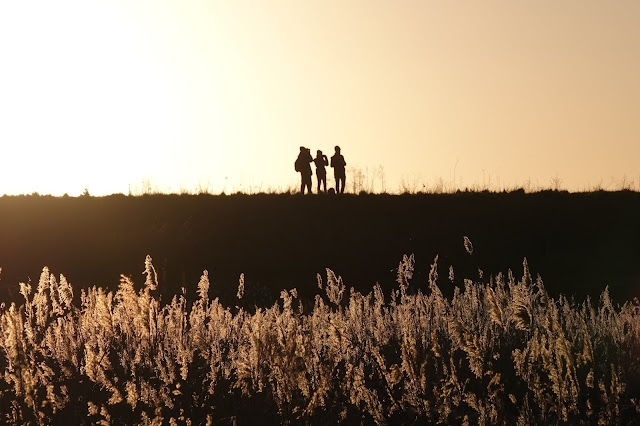 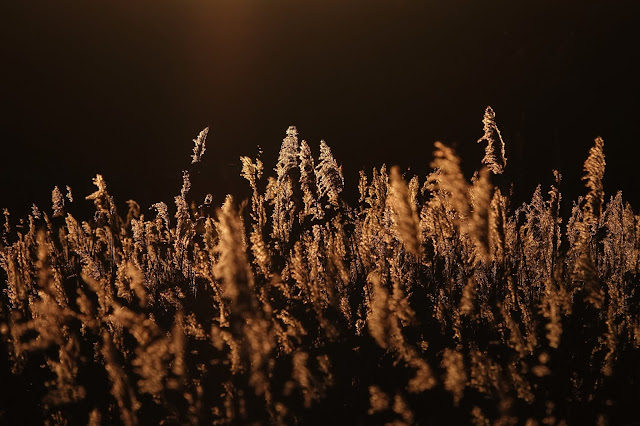 Up on the river wall there were two Avocets in Aveley Bay but despite the perfect conditions the Short-eared Owls refused to come out and play but it was a glorious evening with a blue sky sunset and a mirror calm golden Thames to round off a genuinely pleasant weekend on the ranch doing what I think I do best. 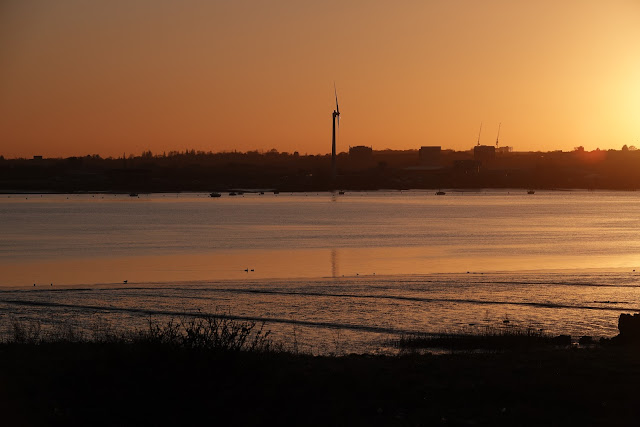 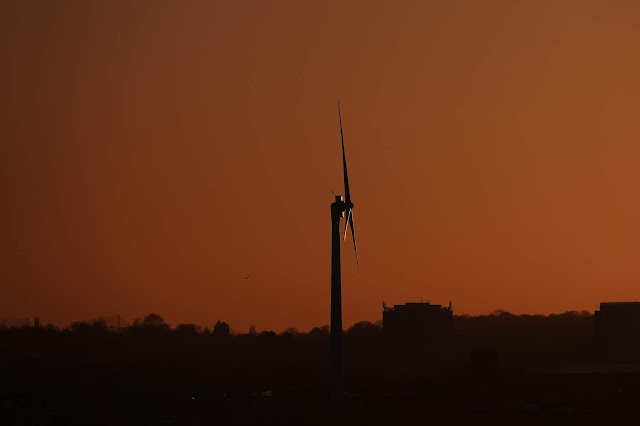 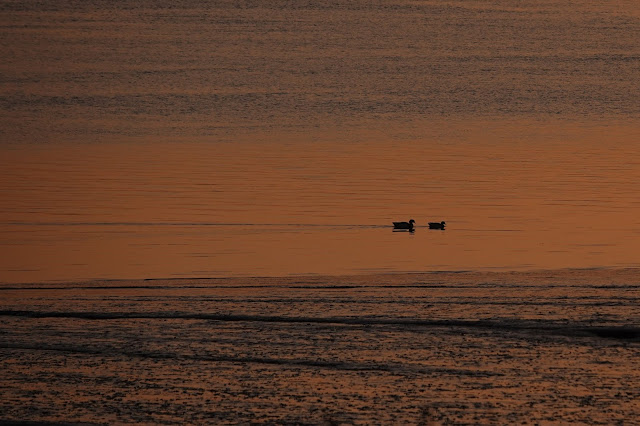 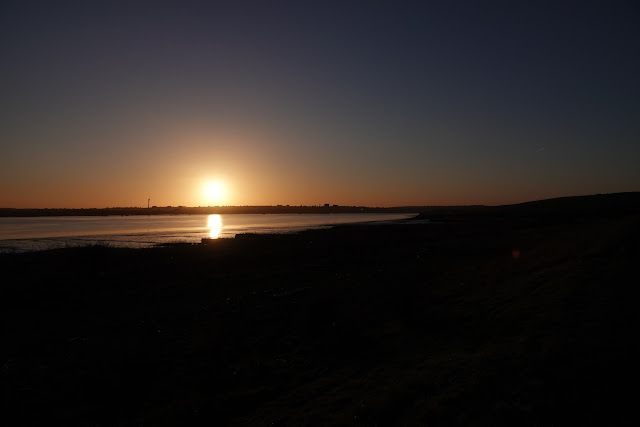 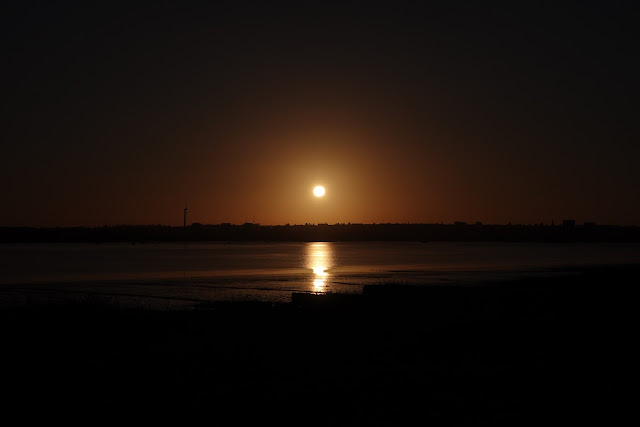