I had arranged a few weeks ago to meet up with the Wrens on this Monday and after an easy hour down to Lowestoft (utilising the catchily named Northern Distributor Road around Norwich – my sat nav lady loved to tell me what it was called at every roundabout) we were there.
Antony and I swiftly headed back out and south towards RSPB Minsmere for an amble round to blow away the cobwebs more than anything else.  An energetic flock of fizzing Siskins greeted us in the Alders as we walked towards the West Hide where hopefully the Green-winged Teal would be paddling round.

There were Teal aplenty with hundreds dozing in the island fringes with other squibbling in the shallow water but all that we could see were horizontally rather than vertically challenged in the white stripe department. The other usual dabblers were on show in smaller numbers including some obliging Pintail while a very active female Smew was a nice bonus.

There was a paucity of waders seen on our circuit with just a couple of Lapwing, six Turnstone, 11 Curlew, single Snipe and Oystercatcher, two Ringed Plover and 13 Black-tailed Godwit while a single Dark-bellied Brent Goose found its way onto my year list.

Offshore the sea was littered with the sky pointing bills of silky white Red-throated Divers with a smattering of Great Crested Grebes and Cormorants amongst them.  A Harbour Seal bobbed along and Kittiwakes were down towards Sizewell with a couple closer by. 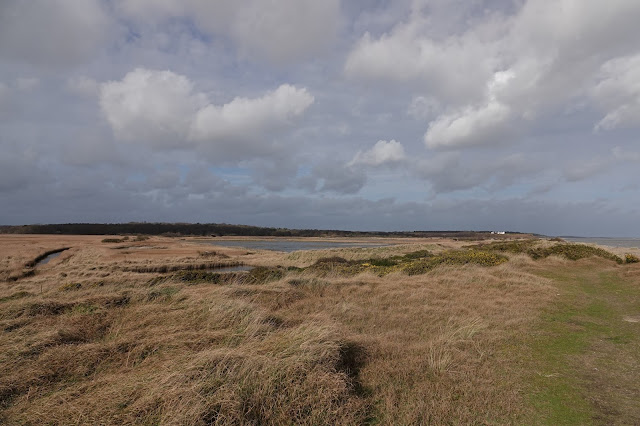 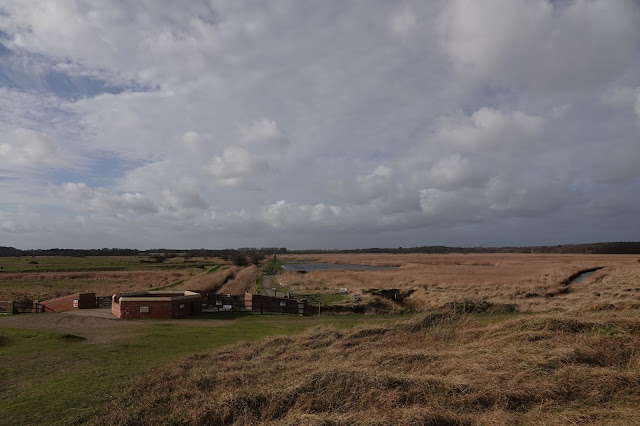 Stonechats accompanied us back along the beach and the Gorse was in full flower but it was too grey and cold for the heady scent to be in the air. 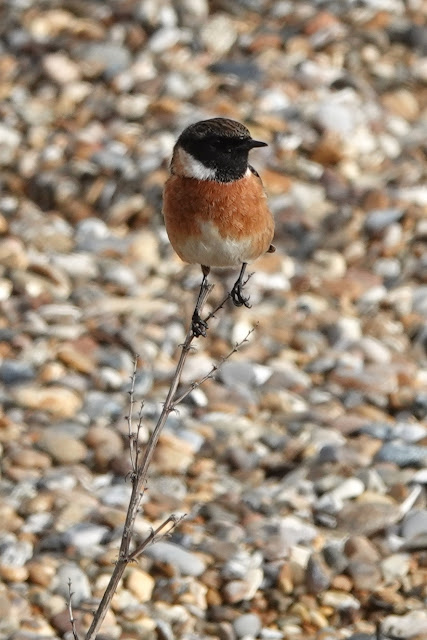 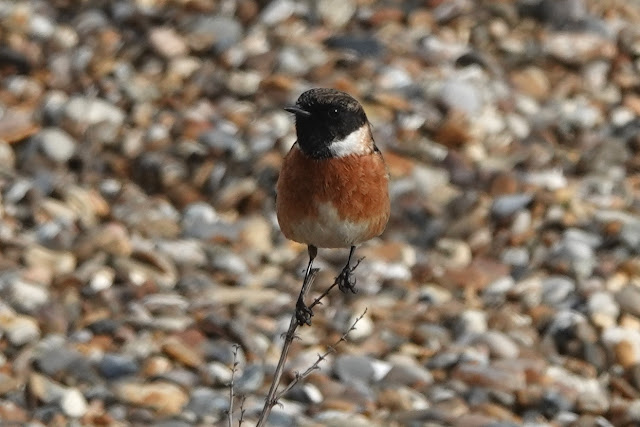 We made a last attempt from East Hide for the pesky Teal.  A 1cy Caspian Gull would found by Antony with the few other big gulls present before he did the double and found the drake Green-winged Teal as he paddled into view for all of twenty seconds, turned round and vanished back into the bank once again! Hey ho... but at least we had seen him!

To be honest the best was saved till last as Antony knew where to find the very special and incredibly difficult to find Bird’s Nest Fungus. I have been seeing posts for several years now of this wondrous piece of mycological magic but to actually see these tiny little fungal cups with miniscule ‘eggs’ nestled within was a genuinely pleasing natural history moment.

A Spring Usher moth lurking near the toilets was also new for me as we headed back to the car and on towards Dunwich.

Our walk north from the beach car park was driven by the desire to locate the small flock of a Twite that have been around once again this winter.  They were one of Antony’s trigger birds to remember happy times out with his Dad and he had not seen any for over twenty years so it was pleasing to soon pin the flock down about half a mile up along the shingle as they fed in the sparse saltmarsh with wing flashes and rumps flashing, yellow conical bills and nasal calls.  Amazingly a further flock of 12 birds were seen at the same time as these 16, nearly doubling the tally. 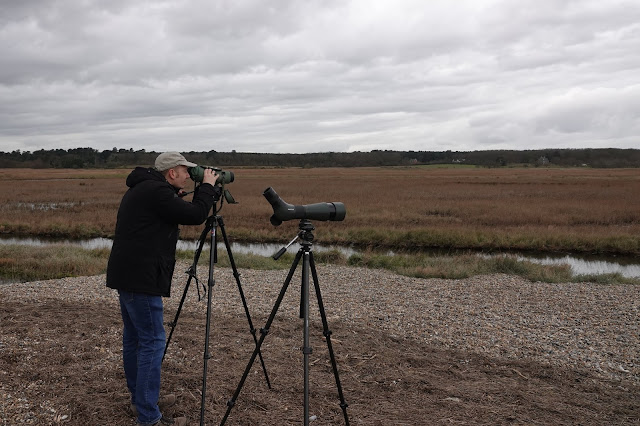 Skylarks, Reed Buntings, Rock and Meadow Pipits all came up as we walked along and Redshanks alarmed at the presence of three different Marsh Harriers while two Great White Egrets had a territorial dispute that saw the intruder get pushed back his end of the marsh.
Time was getting on and so with a last look at the Twite and two Red Deer hinds lurking in the gorse, we trudged happily back to the car to go and pick the Wren boys up from school. 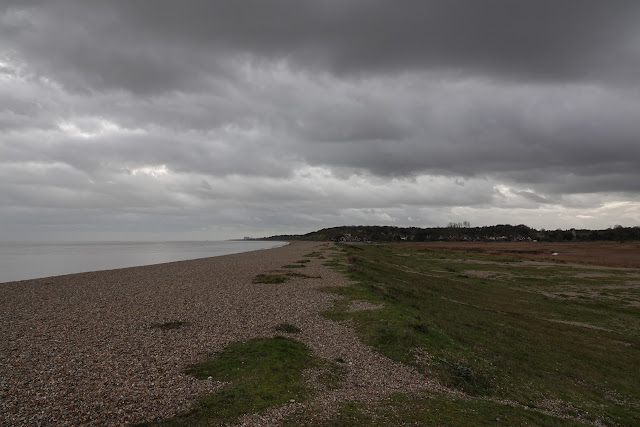 Once we had collected them we popped down to Ness Point to get the Purple Sandpipers but we could not find a single wader!  They boys had a god scoot around so all was not lost.

After some impromptu furniture manoeuvring, a huge family Chinese followed before coffee and a steady journey back to Marsham with Muntjac and Fox crossing the road and the Tawny and Barn Owls greeting us upon our late night return.
Posted by Howard Vaughan at 13:20