The morning did not go quite according to plan and so via a wiggly coastal town road I ended up parked up at Bockhill on top of the White Cliffs.  The car park was suspiciously empty but I suspect that the howling westerly wind may have had to do with peoples reluctance to venture to the coast.

It was not actually cold but compared to a few days ago it would certainly have been described as bracing.  I knew that I was too early for the proper summer butterflies, being in between broods, but still had a pleasant walk in both directions.  The view towards St Margarets and its lighthouse was superb and brought back memories of the breeding colony of summer Marsh Warblers in the nettle and willowherb hollows, of seeing Peregrines and raven backs on the chalk and of an Alpine Accentor grovelling around a field edge for a few minutes way back on the 6th May 2000. 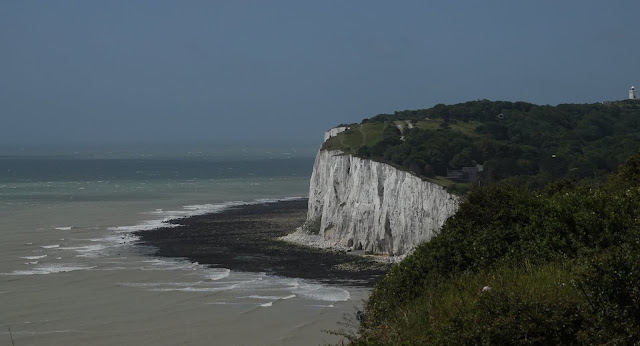 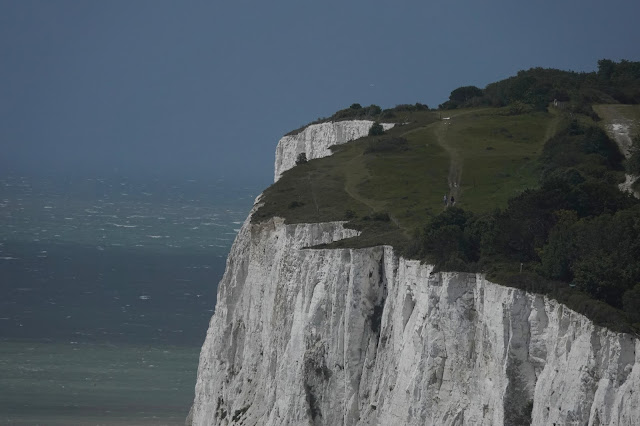 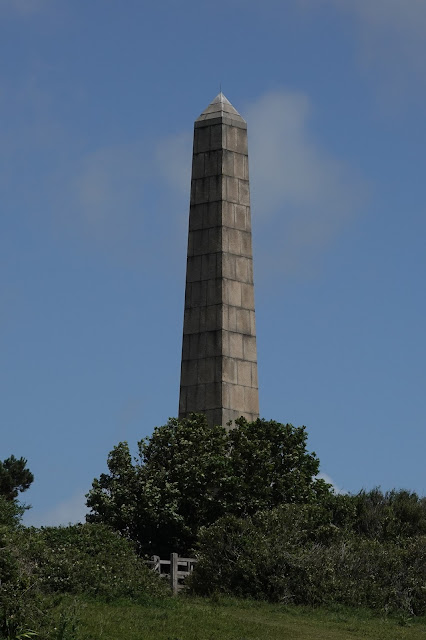 There were no tumbling corvids or stooping falcons this time; just some windblown Herring Gulls and speedy windsurfers way below. 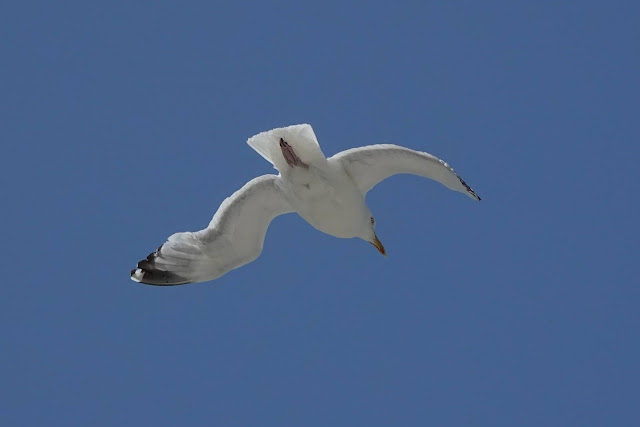 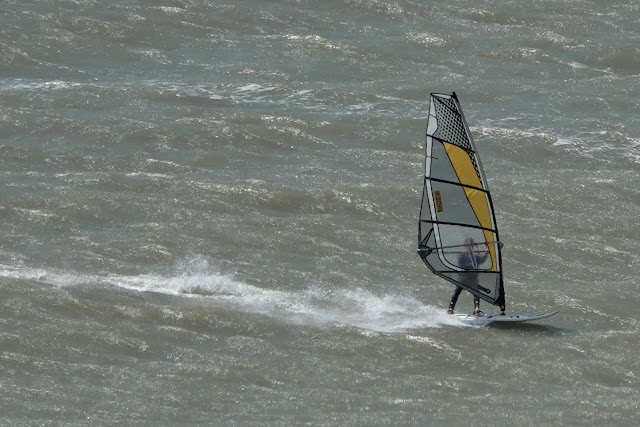 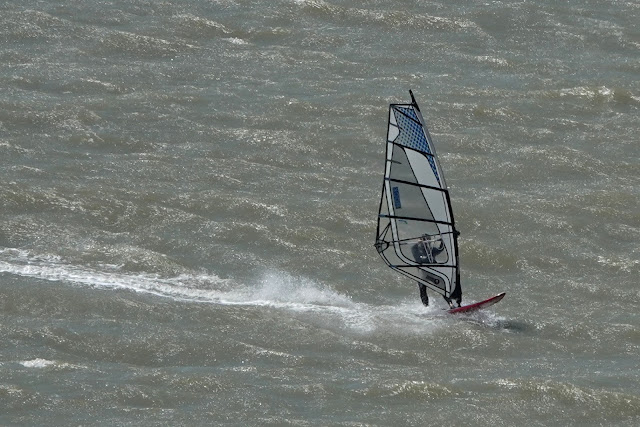 I spooked a couple of tatty Marbled Whites from the flowers as I walked back and headed for the other side and the view north back up to the cliffs at Ramsgate in the distance.


There was quite a bit of Wild Carrot, clumps of Scabious and Greater Knapweed and Kidney Vetch and I tried hard to get pictures of the insects that were concentrating on the carrot heads.

There were many of what looked like a small skinny very spiky Rhinophoridae, several Sphaerophoria scripta, Scaeva pyrastri, Eristalis tenax and nemorum, a few meaty Flesh Flies and a couple of interesting wasps whose identity I have had confirmed. 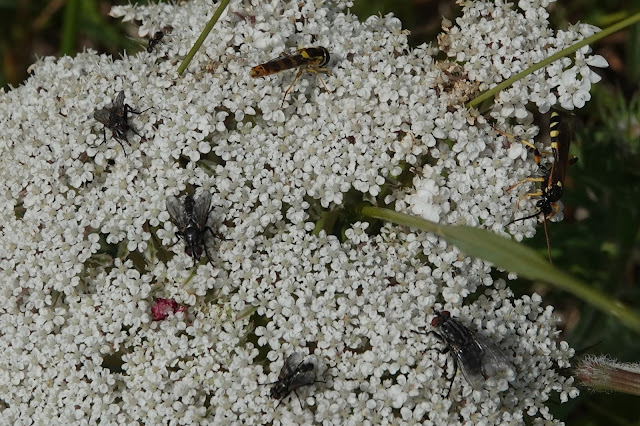 Meadow Pipits and Skylarks sang and one of the former gave up trying to parachute and sang hunkered down on his post where I noticed that he had a Flower Piercer bill! 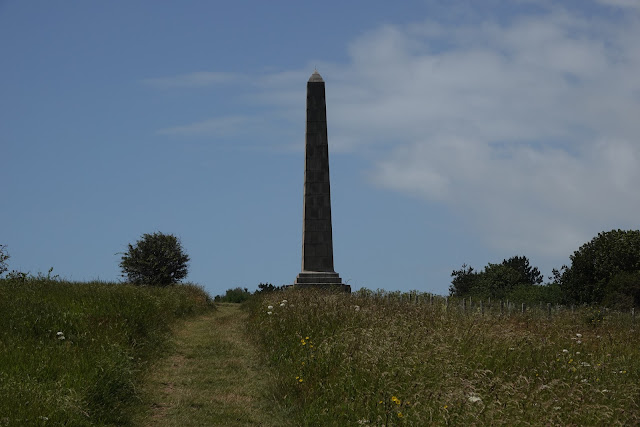 Yellowhammers were somewhere beyond the poppy field and the song was getting blown across as I battled my way back to the car. 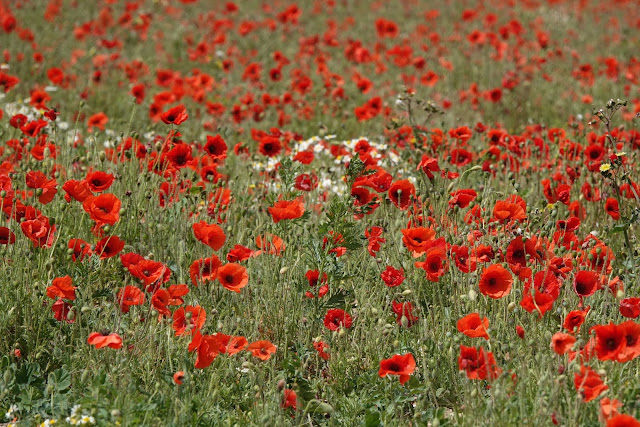 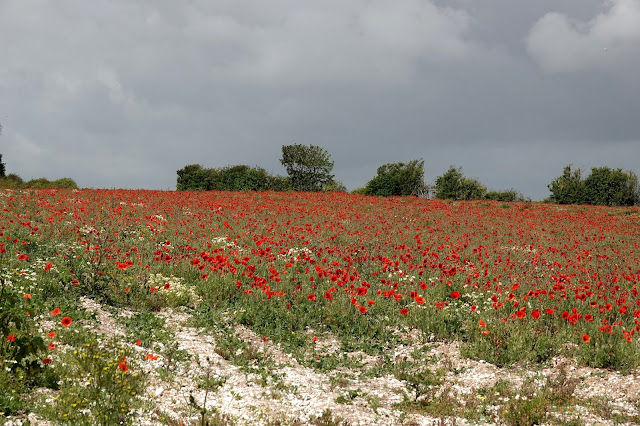 Lunch was had at Oare Marshes followed by a chat with a Kentish Rainham regular while watching summer plumaged Black-tailed Godwits and Avocets in the shallows. A first summer Little Gull was cute but no substitute for the absent Bonaparte’s Gull. 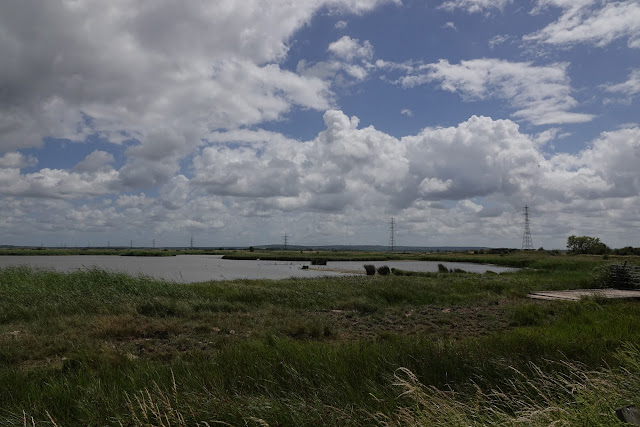 A young male Marsh Harrier was having no trouble hunting into the ever stiffening wind and two Yellow Wagtails blew over as I walked down to the river where there was quite literally nothing on the mud at all so I amused myself with taking pictures of a large yacht leaning heavily as it tacked up the Swale. 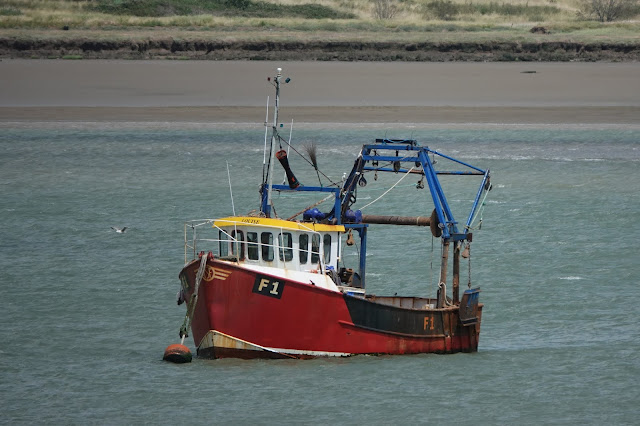 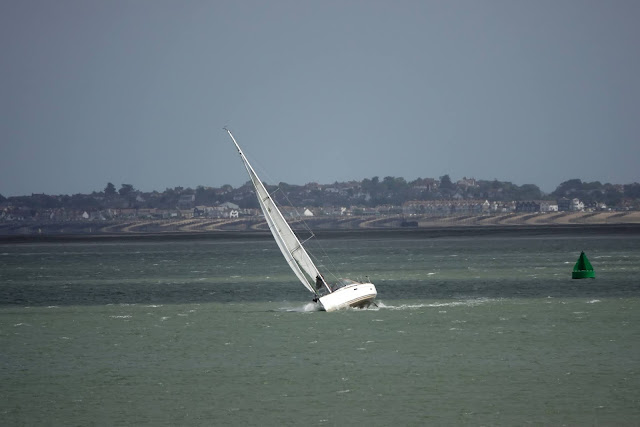 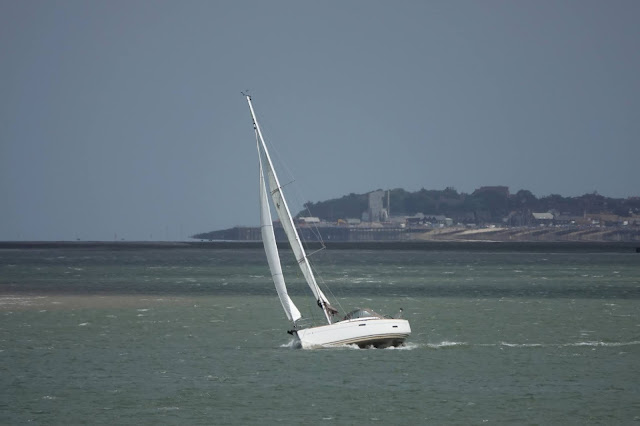 Time for home and an afternoon kip.
Posted by Howard Vaughan at 13:59