Me old mucker from Uni, Carl came down today to join me on my Ranscombe stroll this morning and although it was grey and overcast for the first time in an age, it made for more pleasant walking when we knew that a large percentage of the time would be spent gassing away with various Natural History interludes from me.

It started off very well with an immature Red Kite drifting over the Cuxton Road and a quick check on the Peregrines showed that all was well before we headed into the reserve.

Longhoes was now a sea of blue and purple Vipers Bugloss with a scattering of Poppies.  There was even more Long-stalked Cranesbill in bloom and I found another patch of Sainfoin but I could not find any Blue Pimpernel – must try harder!


Our route followed my first proper visit; down into the Valley and then up into Mill Hill Wood where the last White Helleborine was hanging on with all the others seemingly nibbled away but the fenced mega Fly Orchids were still going strong.

The woods were even quieter birdwise which was not overly surprising as we headed out onto Mill Hill Fields and Brockles but there was just too much cloud to promote any butterflies into the air. It was good to see so many Pyramidal Orchids poking through though.

Up by the huge meadow where I have seen my Skippers it was a Daisy Eye to behold and although there were no butterflies out there, I did find some pathside with my first Meadow Browns and both Small and Large Skippers zooming around. I was very pleased to find a Small Blue too, my first on this side of the reserve.

From here it was back into the wood so that I could show off the amazing trees before looping around through the edge of the golfcourse and back into the woods.  I could not find the cattle today but at least the trees do not move around.

A swarm of Honey Bees was encountered as we moved through the enclosure and two Garden Warblers were singing so that Carl could have some ornithological education too. 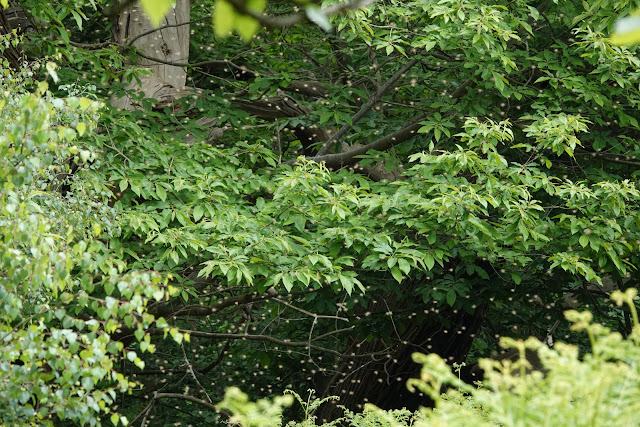 One species I have been searching for is Lesser Spotted Woodpecker but I probably started too late in the season on these walks and I suspect most birds had already gone quiet so I was delighted to hear a bird calling off in the coppice, followed by the begging calls that we heard at Denge Woods the other week. I did not venture off in search as time was pushing on but it was a fine end to our circuit. Time for a beer... 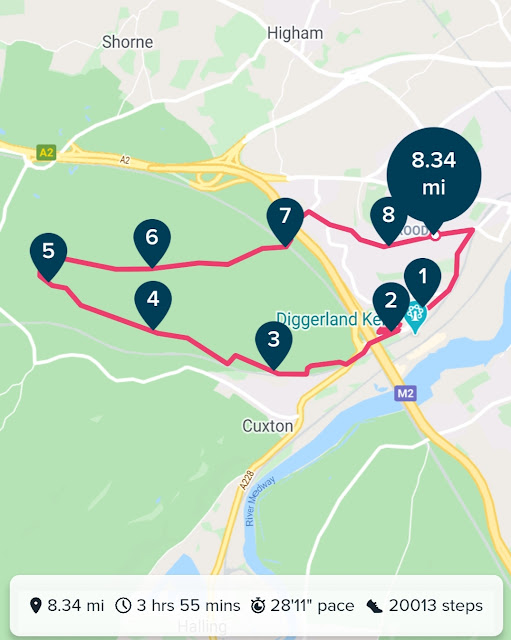