Tawny Owl found its way onto my year list during the night but it dawned wet and dreary and a lazy morning slothing around the house was in order before venturing down into Penzance, ostensibly to visit the poundshop and get something for lunch.  It was foul out there with blowing clinging drizzle and so a return to the sofa and therapy Food Channel was required.

Things improved at about half one so I made a dash for Porthgwarra where the pesky Red-eyed Vireo that was found after I left yesterday, was still prancing around.


A couple of pleasant but very frustrating hours ensued where I wondered up and down the valley not seeing anything vaguely Vireo-esque.  A smart silvery ‘acredula’ type Willow Warbler had me going when it popped out in front of me tail pumping and two Firecrests wre gleaning lazy flies from the ivy (amongst which were several much too big to tackle Mesembrina meridiana and a stripy Helophilus trivittatus!


A single Chough headed up valley and a glance behind saw a White Stork standing forlornly on one leg on a rock overlooking the sea.  It looked rather incongruous and I presume it was one of the Knepp birds.

Suddenly there was a little flurry of activity and we joined others up at the Doctors Garden where the Vireo had shown for three seconds.  I waited and watched, altered angles and elevations but to no avail and had to be happy with a wing flicking Pied Flycatcher and a couple of Chiffchaffs before throwing in the towel for the evening.

A pop into Tesco in Penzance added another two Firecrests as they moved through the car park with some Long-tailed Tits before I returned to camp for dinner and a beer.

The plan was to visit Newquay but as with all the best ideas, it not did not quite go accordingly and I ended up heading up the coast from there a little to the little hidden village of St Mawgan with the lure of the Japanese Garden there.

There were only a couple of other people inside and the gardens were still verdant and secluded and provided some interesting photo opps as well as adding Nuthatch to the list. 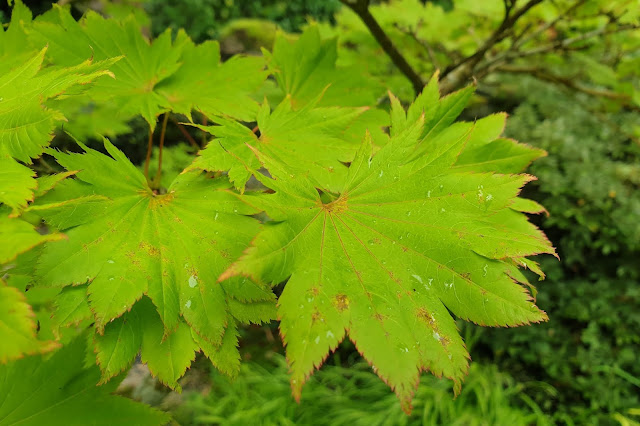 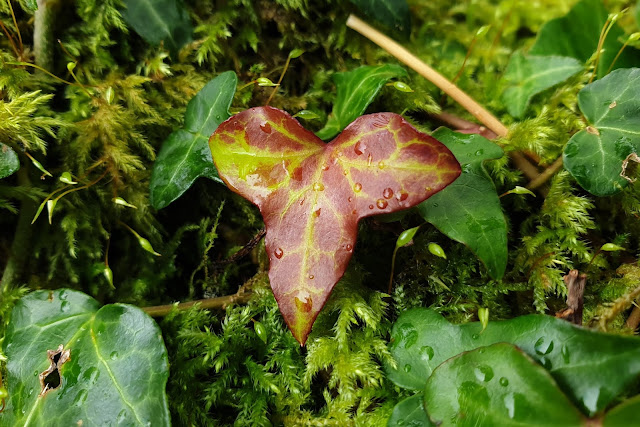 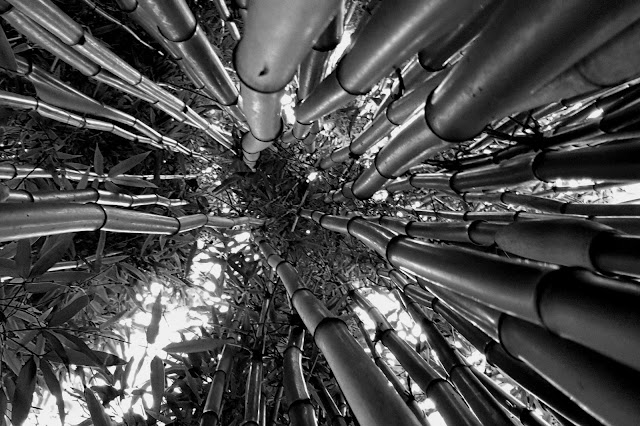 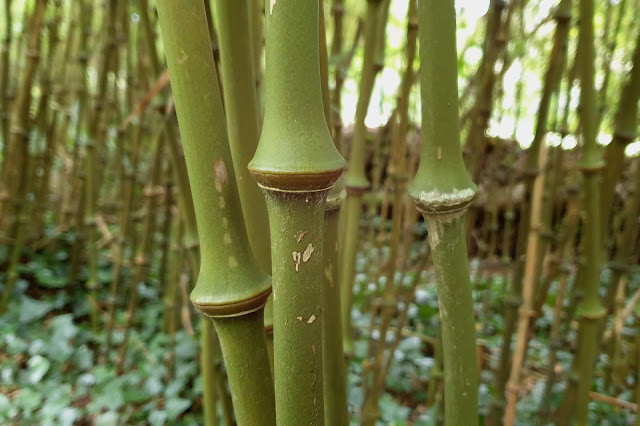 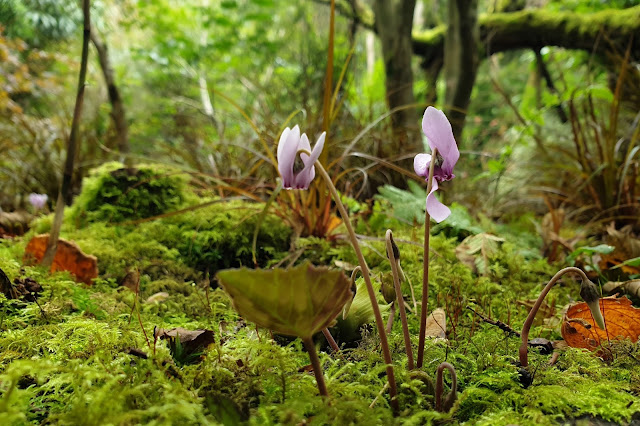 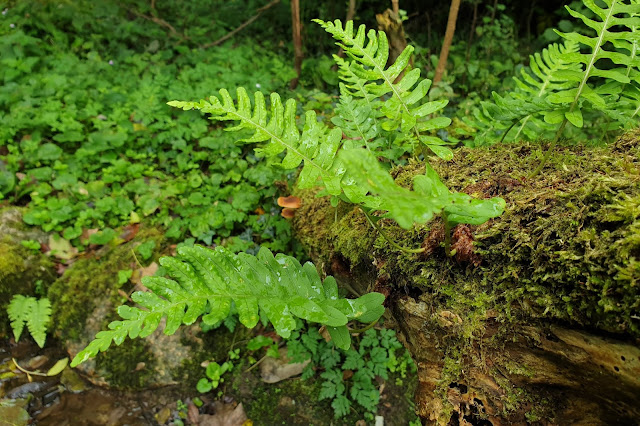 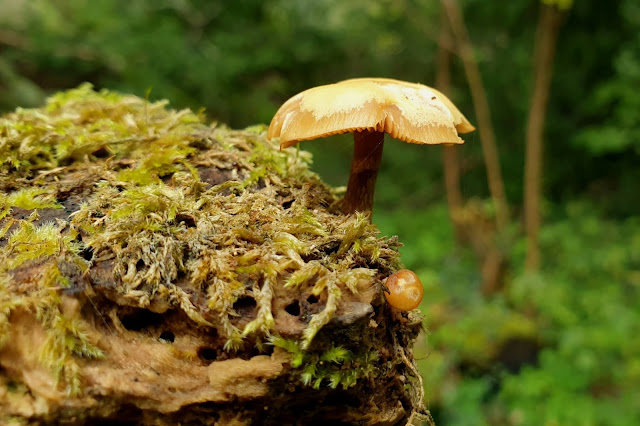 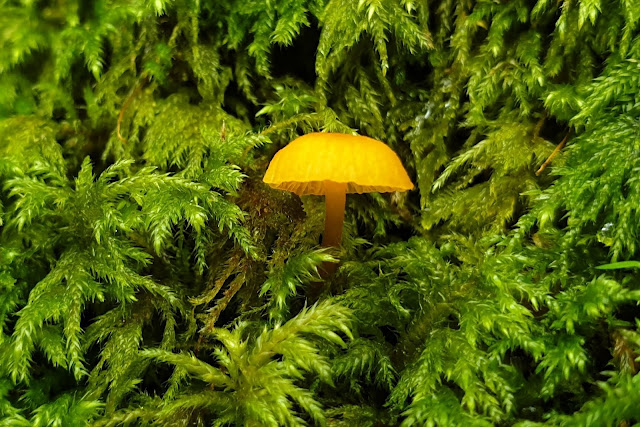 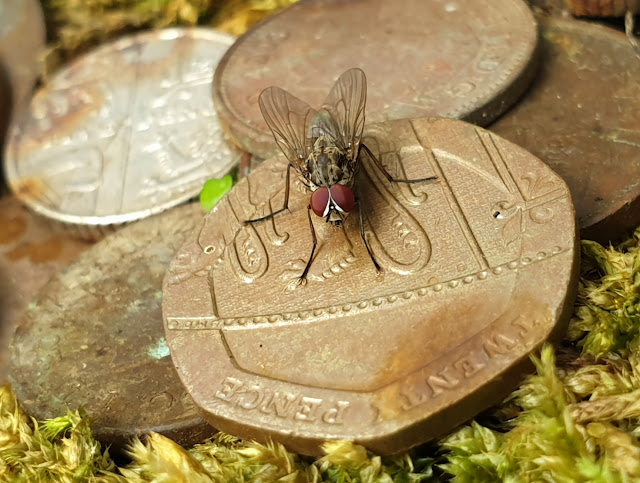 Lunch was taken in Padstow or Crufts-on-Camel as I have renamed it. Everyone has at least one dog. There were packs on leads roaming the streets, dragging owners from pasty shop to Stein emporium. There shop owners here have no choice but to be dog friendly or they would simply have no customers at all stepping over the threshold.


From here I swept around to the A30 and back towards Penzance before diverting down to the Hayle. The tide was most of the way in and most of the birds were closer than yesterday. I counted 22 Med Gulls of various ages and picked up a couple of Common Gulls too. Three Grey Plover and 14 Sandwich Terns were new and there were now 21 Bar-tailed Godwits but I could not find the Osprey.

A Pink-footed Goose was with the Canada Geese on Ryan's Field but with little else to see I for some baffling reason  headed once again to Porthgwarra and where once again I failed dismally to see the Vireo!


My recompense this time was a last minute look out to sea which at long last added Fulmar and Manx Shearwater (the only one of each I saw all week), a pale Arctic Skua chasing a Kittiwake and the most delightful sight of 55 Grey Phalaropes strung out across the turquoise sea in three groups. They were a fair way out but looked superb in the low evening light as they bobbed and twirled and then took off in a snaky line to climb the crest of a wave before landing in succession and starting all over again.  Sometimes it is not about seeing things at point blank range where the minutia of detail can be discerned but the experience of seeing something absolutely in its element.  It actually made me smile and I ambled off to find the Heatherlea group to share them with. 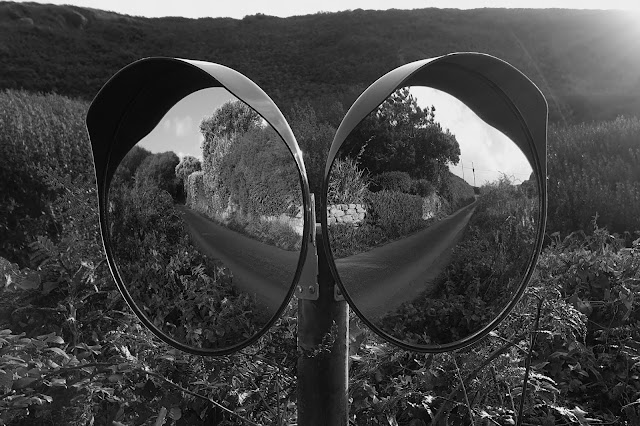 With the sun still lurking I decided to end the day at deserted Pendeen with the intent of watching Sol dip behind the distant horizon. A Sooty Shearwater and seven Balearics were seen and a windblown Wheatear clung to the rock. 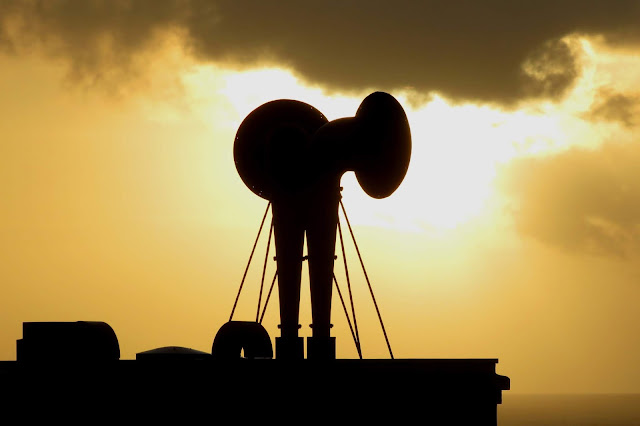 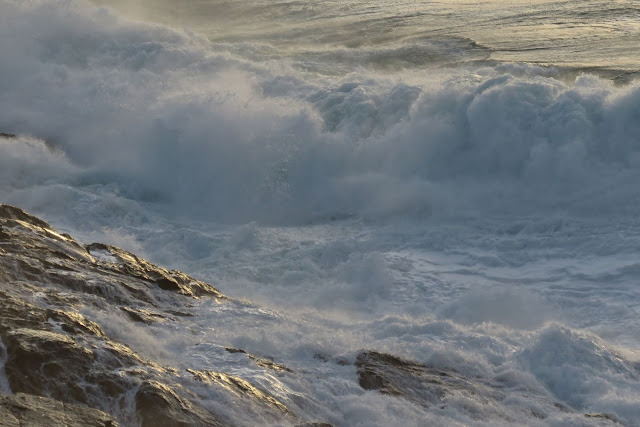 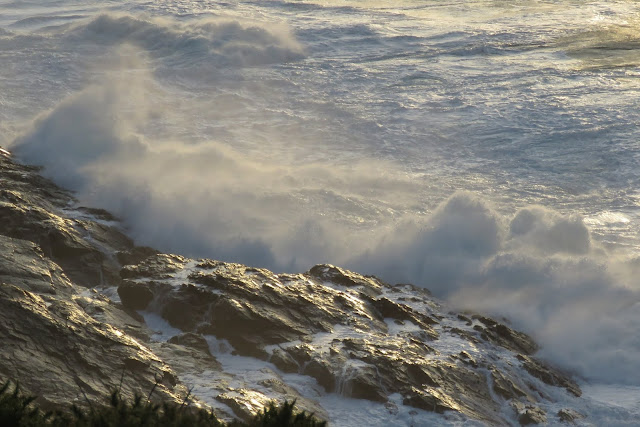 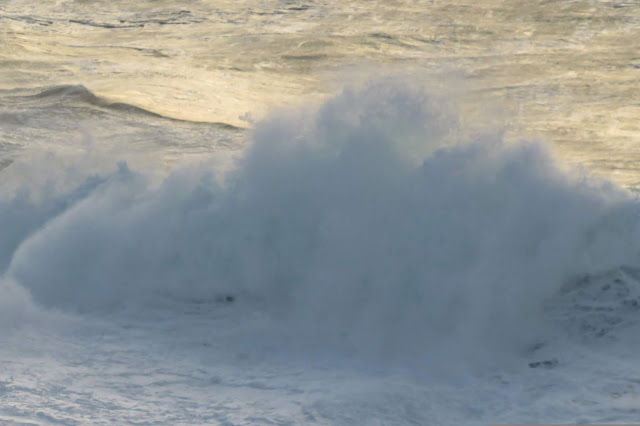 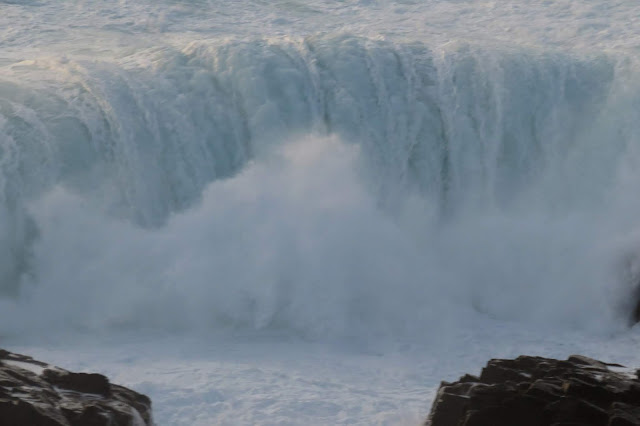 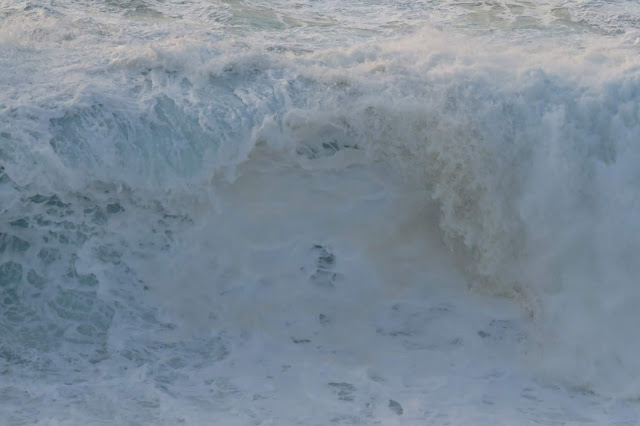 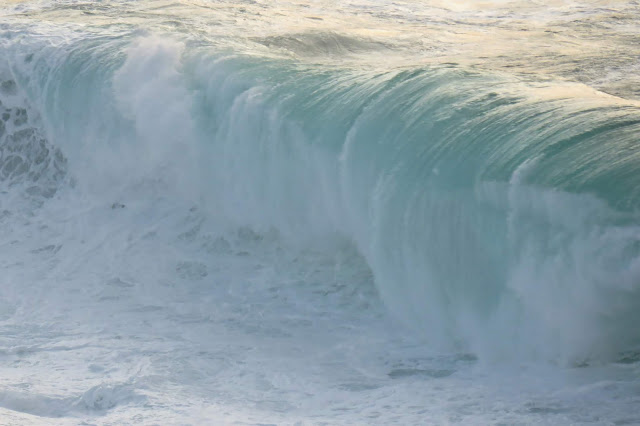 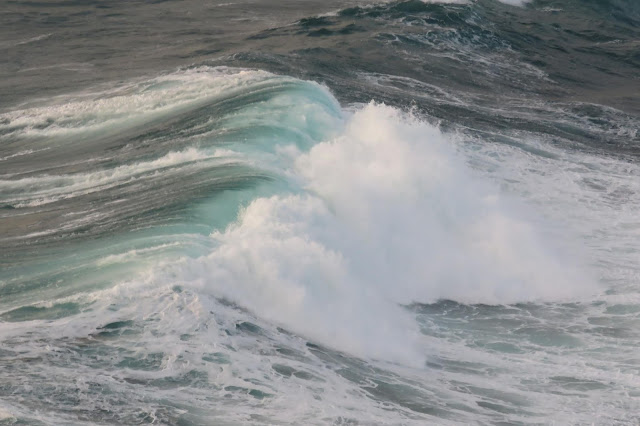 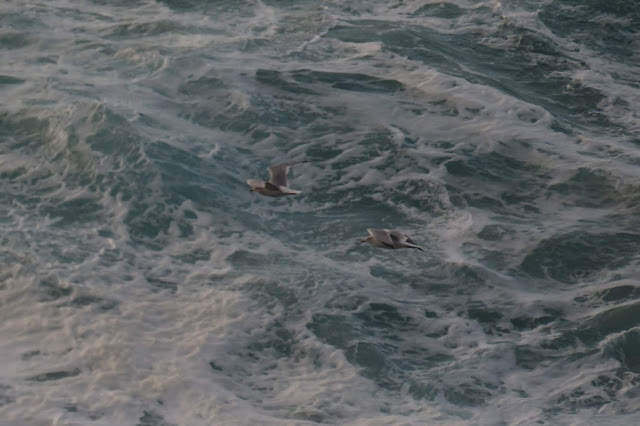 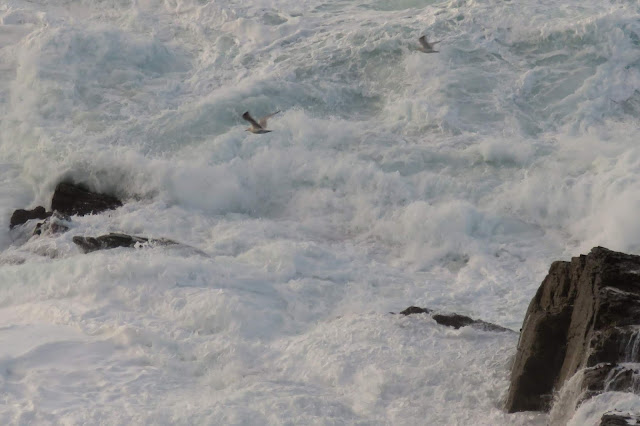 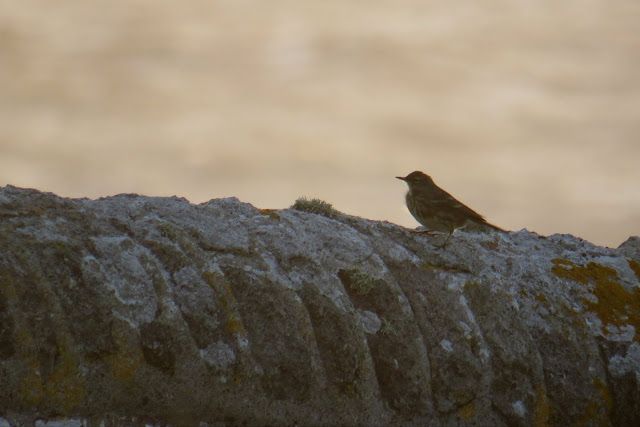 However, after allowing me to take some arty shots with the lighthouse and some crashing wave action Sol went all shy again and hid behind a distant cloud bank with just five minutes to go! Pesky celestial body! 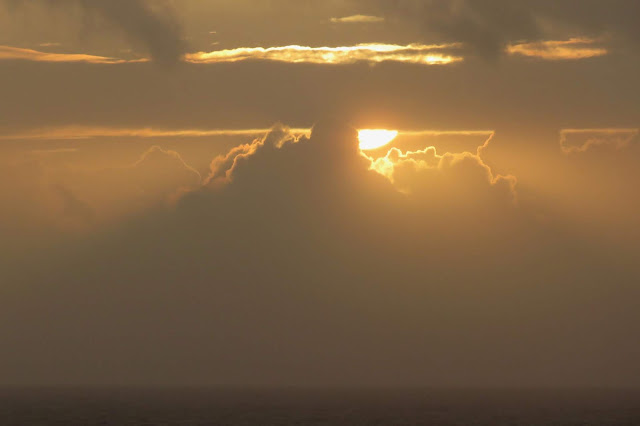 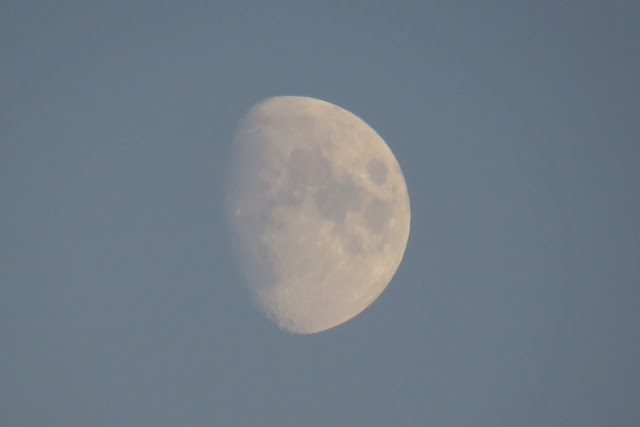