The idea of going anywhere on a Bank Holiday Monday is a fairly alien concept to me at the best of times but venturing out today in the glorious sunshine and finding somewhere where I could explore safely seemed a little unlikely.

So with some extra Ferns and wild-type Geraniums to plant and a home to be found for some more veg, I set to in the garden at just after seven after first making my garden video tour part III for all the people who keep asking how it is coming along...

It warmed up very quickly and I tended to flit in and out during the day with my camera always near to hand and it became quite a rewarding exercise by dinner time.  The garden was full of young birds all day and all were trying to avoid the clutches of the eight cats that I know visit the garden.  And yes, I do have three myself but they were watching proceedings from their bird free zone Catio...

Long-tailed Tits have not been around since the end of March so a whole processional family of Bandito Bumbarrels bimbling around the plot all day was just great.  The Great Tits fledged earlier in the week and the Blue Tits escaped on Saturday so there was a real buzz going on. 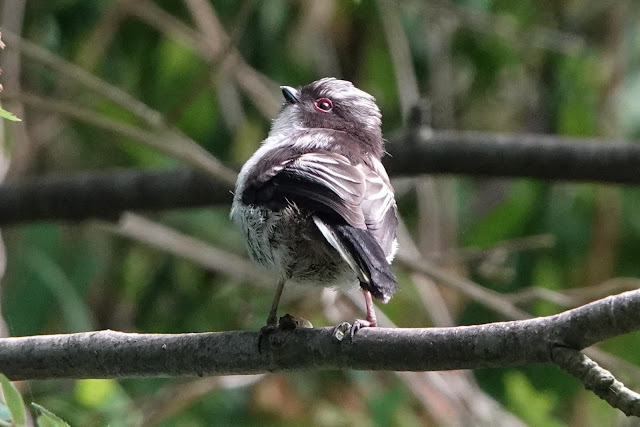 There are plenty of aphids to find and the Sycamores were especially popular with the House Sparrows that have not fledged young from the terrace yet and they were busy collecting them in a very adept manner.  Anyone fancy a beak full of Greenfly puree? 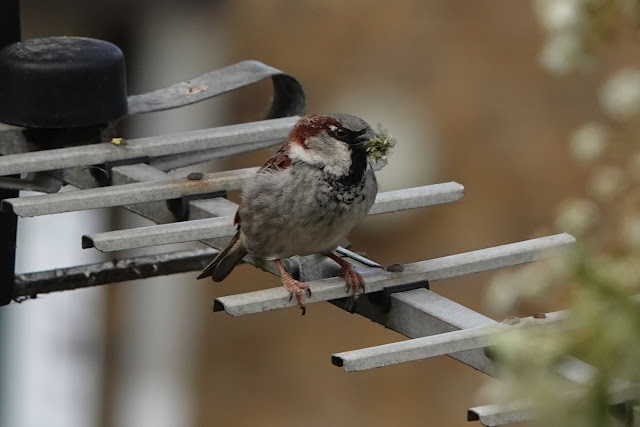 Blackbirds were noisily telling everyone else about the prowling felines and warning their dopy fledglings to get off the ground and the Robins were keeping watch too but everyone was drowned out by the ‘CHEUW CHEUW’ of countless ever hungry young Starlings who descended with their parents to raid the fat balls and mealworms I put out. 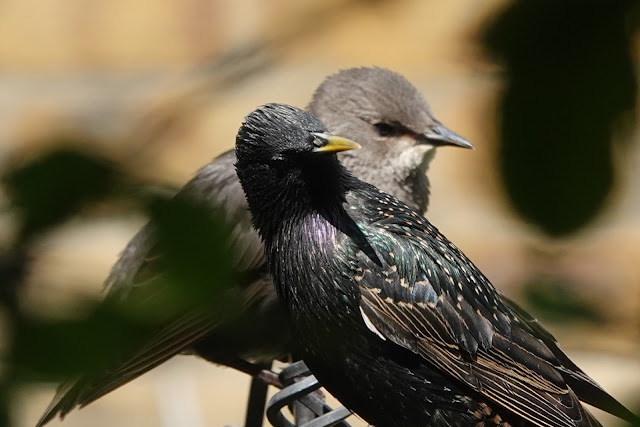 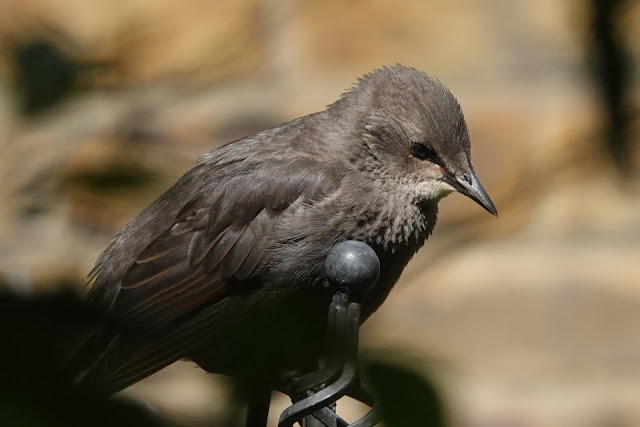 The Raspberries are still putting out flower amongst the developing fruit and are being pollinated by Common Carder, Early and Tree Bumblebees while the Buff-taileds seem largely drawn to the Pyracantha that has blossomed this weekend and now fills the garden with its slightly heady cloying scent.


Only two Butterfly species around which is disappointing but buckets of Holly Blues and few dappled Speckled Woods were to be seen.

Eristalis pertinax and Helophilus pendulus are still the two main hoverflies encountered but I was very pleased to find my very first Rhingia rostrata for the garden.  You can see in my rubbish picture that there is no dark line dividing the abdomen from the underside tergites.

The big orange Honeysuckle is already flowering up the Birch and Dog Roses are starting to bloom and the Brambles that I have allowed to prosper are almost there too which will provide more bee food initially.


It did not take me that long to pot up four of the Toms and pop the other two and the in-identified Brassicas in the ground before giving it all a good water.

The fernery (can’t really be a bog garden anymore!) likes a drink in the morning too and one of the Great Black Slugs came out to graze on some accessible duckweed stranded around the lip of the pond.


Cox’s and Crab Apples, Grapes and all my various Currents are coming along nicely and on Saturday I picked some of the Elder blooms and made some cordial for the first time while the Rowan and Wild Service Tree look like they will have a good berry crop.


I rescued a Slow-worm and put it in the compost bin where two others were basking in the humid darkness and the Common Frogs and Smooth Newts were quite active in the pond.

Swifts careened overhead and the odd Med Gull call would always cause me to look up.  All in all it was a fine day to going nowhere whatsoever.
Posted by Howard Vaughan at 11:21