Thursday’s amble out left me with more to do and so, after my first Swift of the year had drifted over, I set out early to get myself up at Chattenden Woods.  This meant retracing my route home yesterday to get out there but even then I managed to discover another path I had not yet trodden that cut across the wheat fields to the Strawberry tunnels of Dillywood adding not only a few more singing Skylarks and another Yellow Wagtail but my first Feral Pigeon caught while still in its solar charging point. 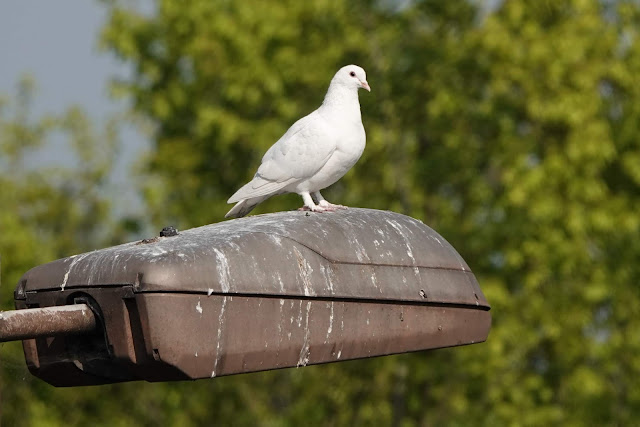 The final piece of this path created the best tunnel yet and I was just hoping that no one else was coming the other way!  White Campion, Shepherds Purse, Periwinkle, White Dead Nettle and Doves Foot Cranesbill were flowering on the verge and on the bank down near the lettuce field a number of Nomada fucata were investigating various holes although I saw no Andrena flavipes. 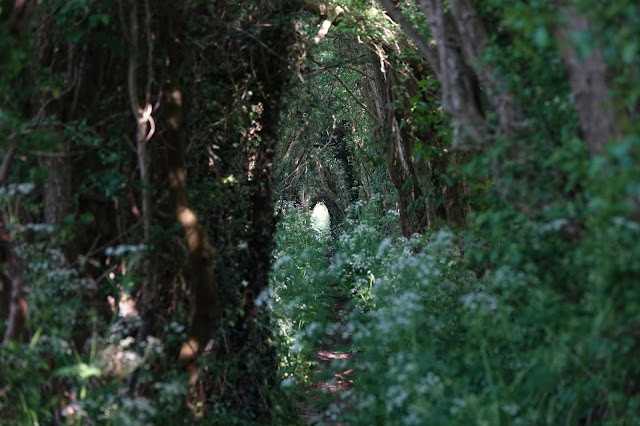 St Mark's flies were even more prolific and Orange Tips were flicking around the now tall stands of Garlic Mustard while Charlock was a new walk species.


There were plenty of bumblebees around and many Nomads but they would not settle for proper scrutiny.

At the end of Common Road the path headed up through an orchard to the woods.   These orchards have always seemed very quiet despite the abundance of bloom with just a few Goldfinches twinkling as I made my way up. I skirted the woodland for a while listening to Green Woodpeckers and numerous Blackcaps and Med Gulls and Buzzards spiralled high overhead with both species attracting me with their calls. 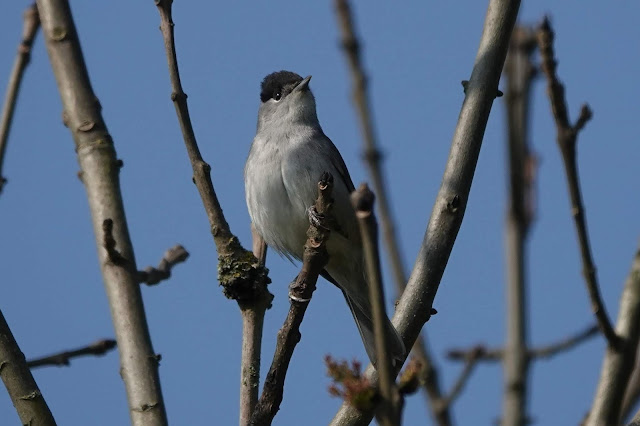 I was now above the area where I had the chorus group of Nightingales before and they were still going strong but I also had two new males in the piece of Chattenden Woods where I was too. I spent a blissful 15 minutes with one of these serenading me from only a few yards away. I saw him very well but left the camera by my side and just soaked up the experience. 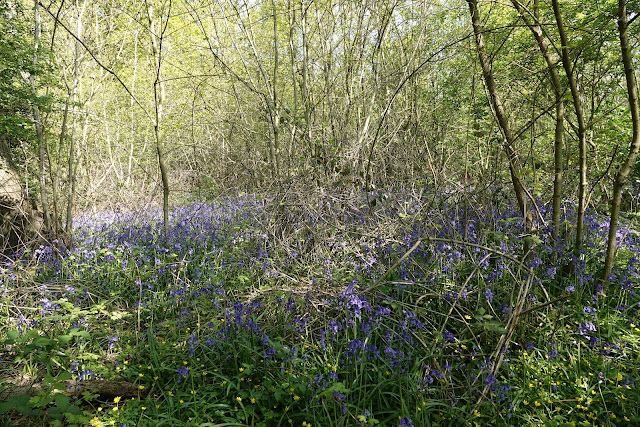 Orange Tips and Brimstones were on the larger paths and a Red Admiral was only my second seen but I have not really found any water yet to look for early Damselflies.

Much of the woodland is private with yet more Pheasant activity revealing the nature of the exclusions but I refound the bridle path that took me over the top and down to Cliffe Woods village from where I could see RSPB Cliffe (and a whole wealth of extra species!) in the distance. 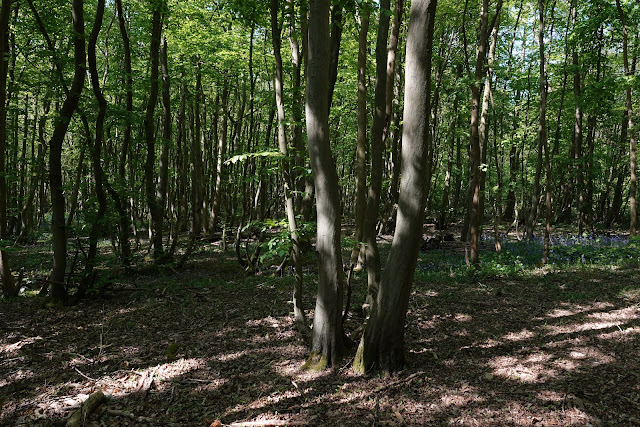 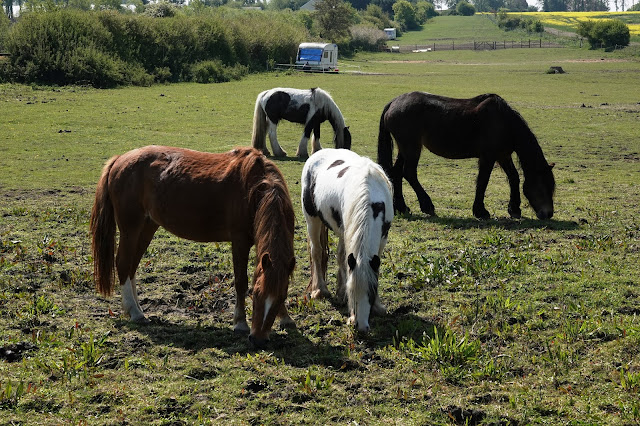 But to go on much further would have been foolhardy so I cut back past the paddocks with their poo poking Jackdaws and Magpies through the village and then onto Lillechurch Road where a WWII Pill Box lurked by the road before taking the permissive path all the way backup to Hermitage Road where a micro Rabbit obliged and then the bridle path back to Dillywood and home. 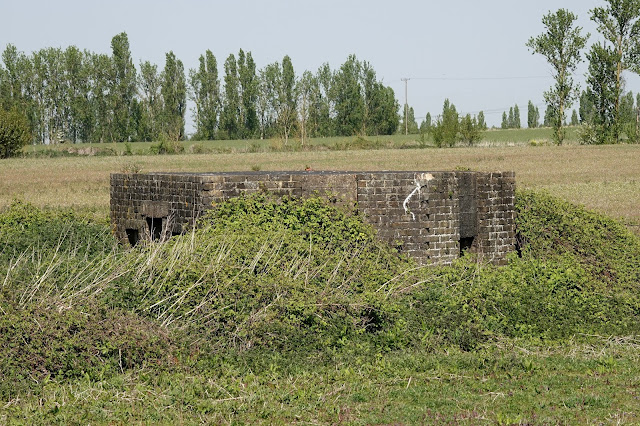 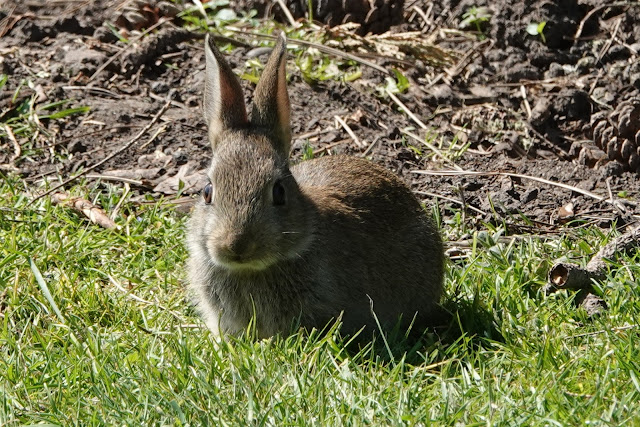 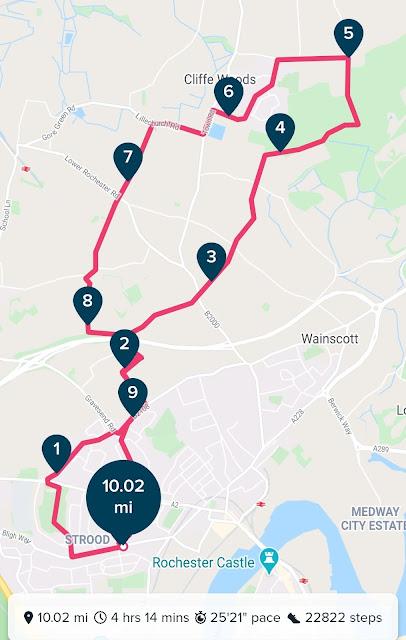