I was dithering about my route on a very cool and breezy morning and actually waited a while before heading out to at least give what was out there a chance to warm up.  The hat and gloves came back out as I made my way up to and over the M2 once again following the main Cuxton road south through its namesake village passing my first Lesser Whitethroats of the year. A Red Kite soared over The Valley at Ranscombe and the local Buzzards were up and enjoying the easterly wind.

I called into St Michael All Angels in Cuxton that I photographed from the west side of the river last week. A delightful little church that has a great view and a great Yew. 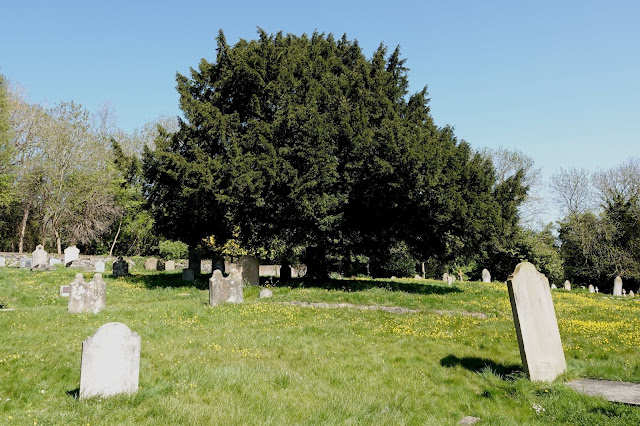 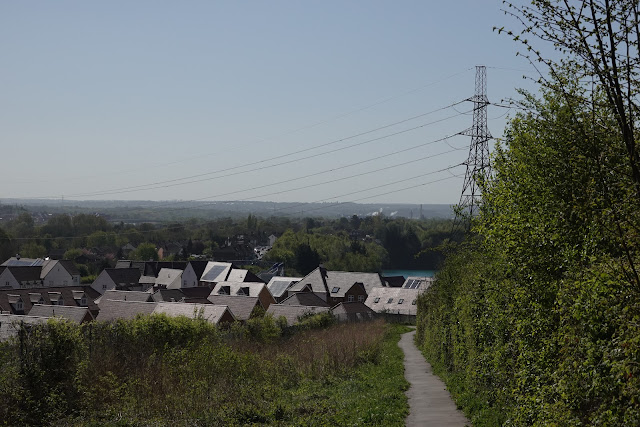 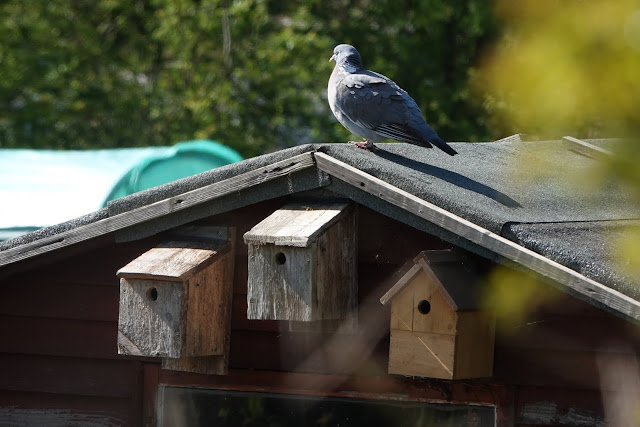 At North Halling I moved onto Pilgrim Road and immediately got distracted by a small bank of exposed chalk at the roadside where many tiny, as yet unidentified bees were entering burrows with a patient fly in attendance. Phil suggests that it may be Leucophora sp. (Anthomyiidae).

Smoky winged Andrena pilipes were also entering holes and they too had potential trouble with Nomada fulvicornis loitering with intent.

From here I was able to check on the Ravens who seem to be doing just fine and the adults put on a superb show on the upslope, engaging in mock attacks on the Rooks, Jackdaws and Stock Doves in the ploughed field and performing some epic barrel rolls above my head with kronking and popping.  They were simply having fun and a few moments away from the growing, ever hungry family. 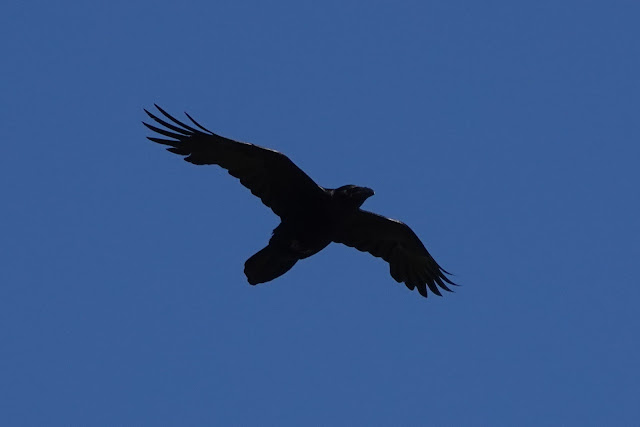 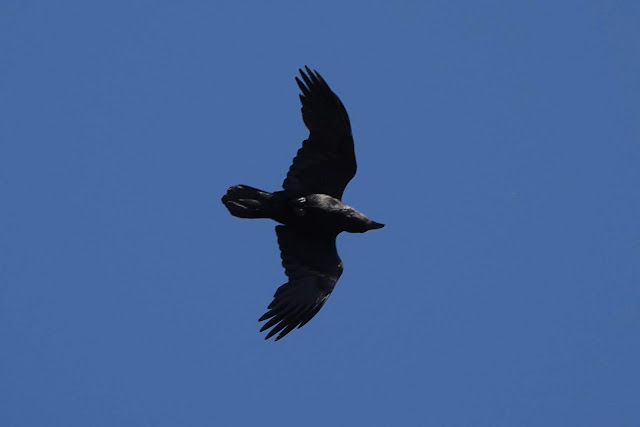 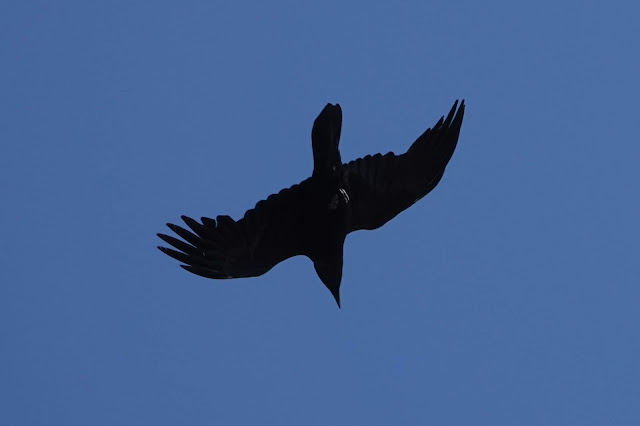 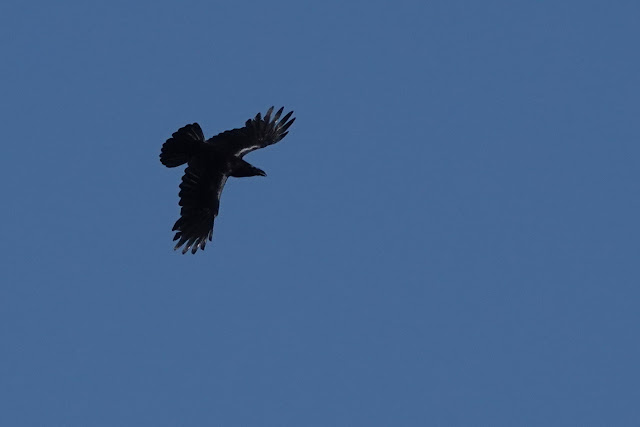 St Andrews Lake shone blue below and the sky matched it above.  Med and Black-headed Gulls were feeding over a field and similarly playing with the updraughts.

I was unsure as to whether to head up and into the woods which contained lots of Yew and screamed Firecrest at me but I suspected that my route back home would be even longer so I opted to drop back down to the Cuxton Road again and aim for the new bridge over the Medway to the sparkly new Peter’s Village. 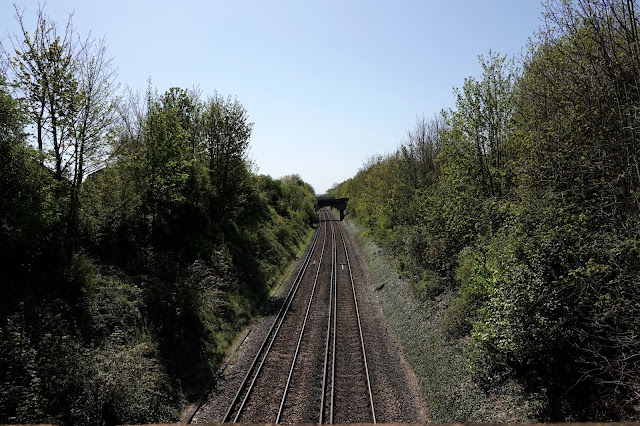 This took me through Halling and I had a look around St John the Baptist Church which also contains a section of the wall from the medieval Bishops of Rochester Palace which was originally built in 1077, and was rebuilt or substantially altered in 1184, and again between 1320 and 1330 by Bishop Hamo de Hythe.  There is a lot online if you fancy a Google. 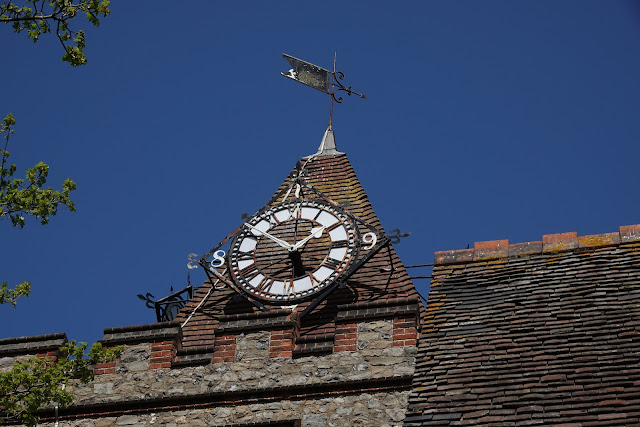 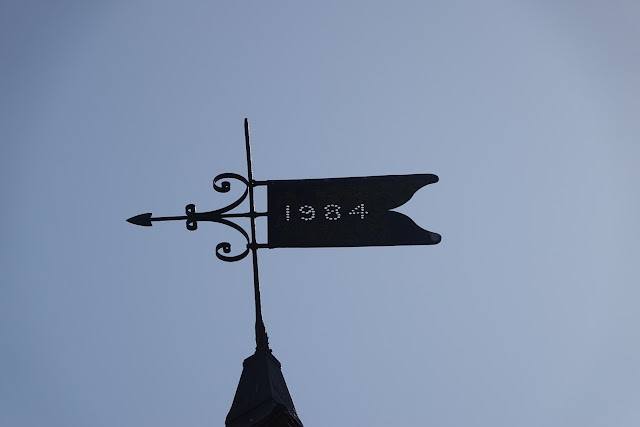 A female Orange Tip was unusually obliging as she had her lunch in the graveyard.


The scrub before I crossed the bridge hosted a singing Nightingale and two more Lesser Whitethroats and a Raven swept low overhead and disappeared off over Snodland whose wonky clocktower weathercock I could see not too far away.


The Medway is actually very impressive at this point.  The tide was most of the way in and this wide silty river was flanked at this point by some substantial reedbeds. I avoided going anywhere near the sterile Peter’s Village with its shored up fake riverbanks, sweeping tarmac paths, immaculately mown ‘green recreational spaces’ and lollipop trees.  I suspect I can guess what was there before, which is why I turned north and headed up into Wouldham where the new pedestrian crossing was seemingly only for use by those on equines of differing sizes... 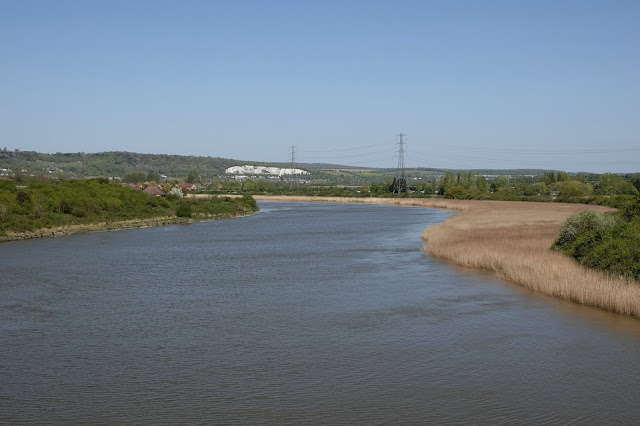 Anyway, I ambled through the village hearing Cetti’s, Reed and Sedge Warblers on the outskirts before passing two old Austins on the kerbside that do not look like they have moved in decades.  You can’t access the river till about half way through and it then takes you past All Saints Church and then back out onto the wild riverside footpath. 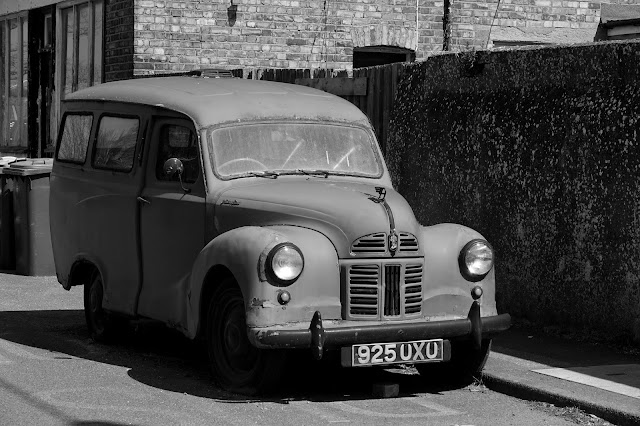 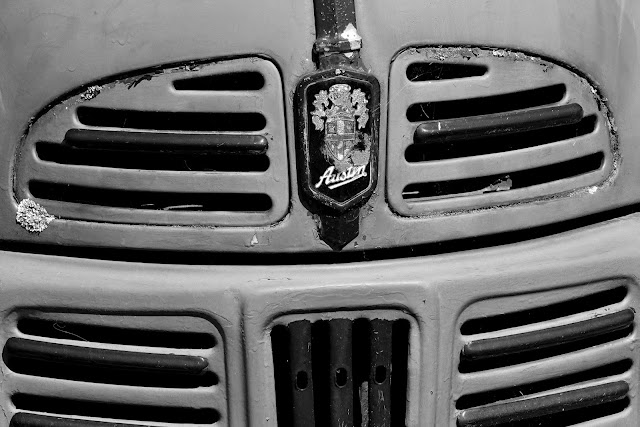 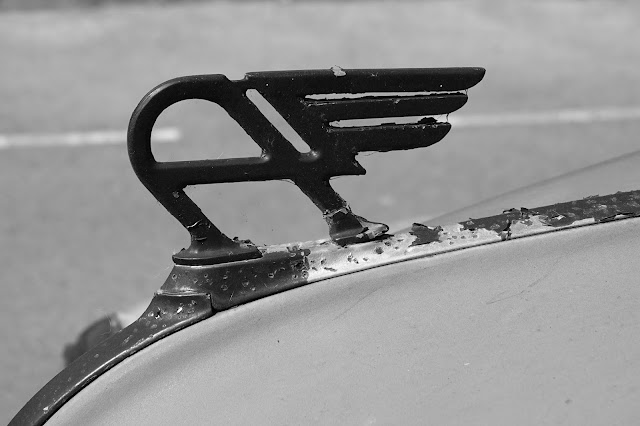 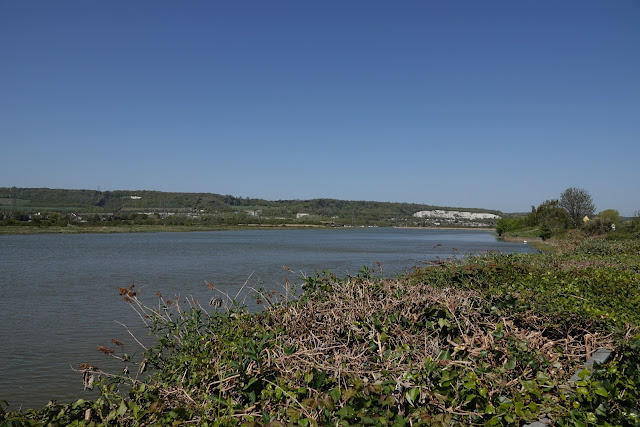 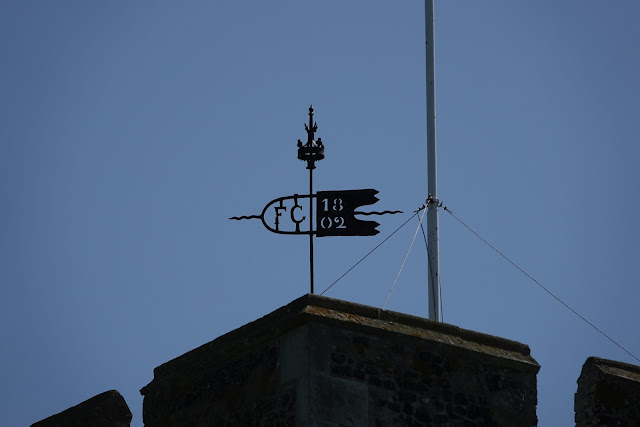 The biting wind was almost in my face the whole way back and it was a brisk walk but I did hear plenty of warblers including four more Lesser Whitethroats. Med Gulls drifted over from the western fields where I saw them earlier and a cracking Buzzard actually came low enough for me to enjoy rather than being a circling dot which is how I have seen most of them.

I came off the footpath and up past Riverview Manor to get myself back onto the M2 bridge which nearly finished me off.  The wind was howling up there, took my breath away and froze the right side of my face and I was very grateful to get to the other side for the last mile and a bit home.