I had intended on just a short walk today but things did not quite pan out that way but could I find a new circular walk to do?  The answer was yes.

I headed into town just at about 7.45 and went up and over the bridge and into Rochester.  There was no traffic and not one other pedestrian on the bridge itself.  Rochester Castle looked particularly fetching and I popped up onto the green where the Christmas Fair is normally held, for a look. I had the place to myself bar a female Blackbird sitting on a rampart.


Back down on the Promenade I walked south through the park and along the frontage of the riverside apartments. 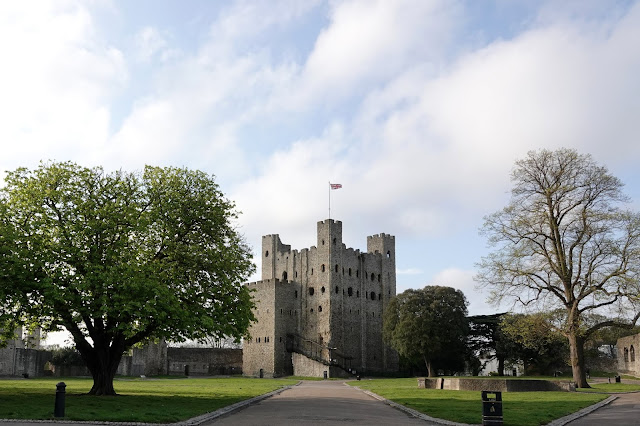 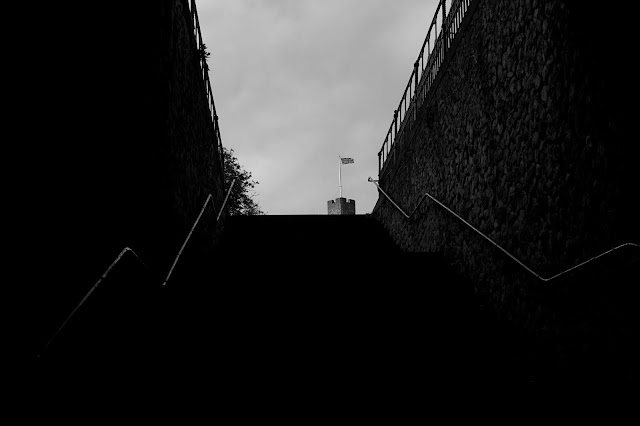 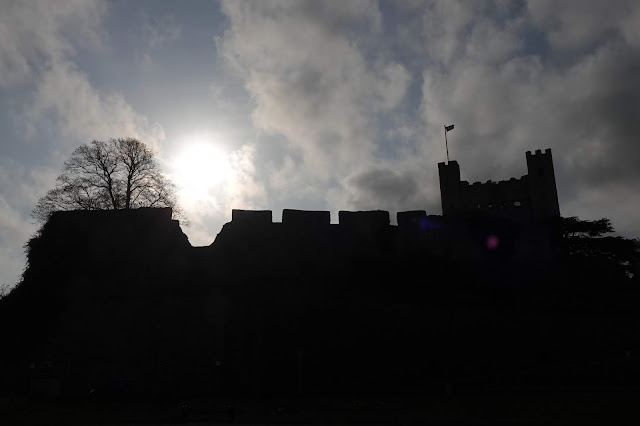 Smart Feral Pigeons with beady eyes were strutting their funky stuff on the remnants of old piers and jetties and displaying with gusto but as usual the females were not in the slightest bit interested in all the posturing.

A Great Crested Grebe fed mid-channel and a single Cormorant was resting on a buoy while three sub-adult Herring Gulls squabbled over another and a pair of Oystercatchers snuck off before I could get the camera up. 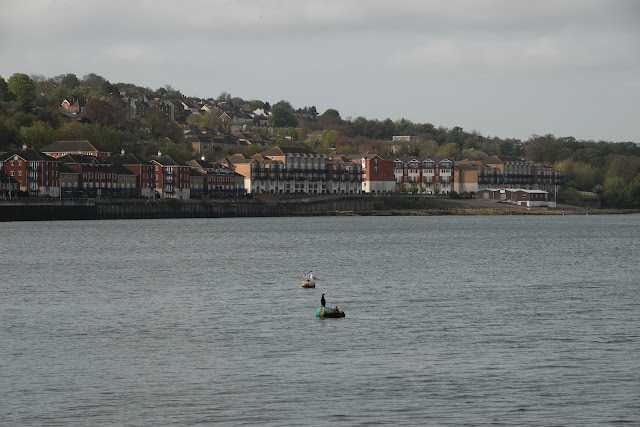 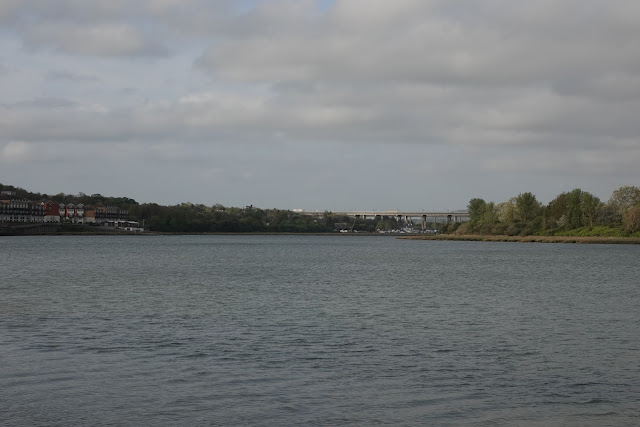 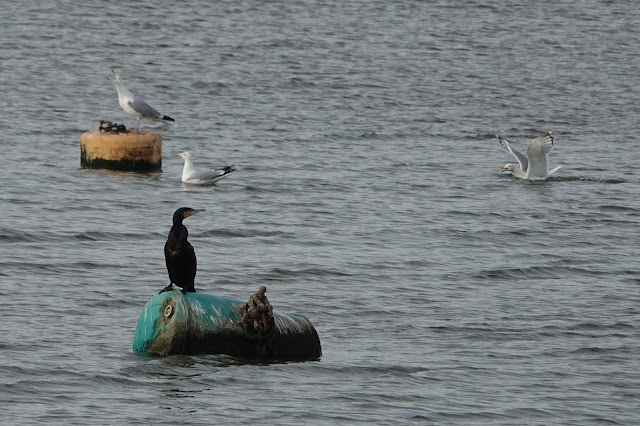 I expected to get to Borstal recreation ground and have to turn back assuming that there would be no path under the M2 and Eurostar bridges like on the west side but to my delight it became Baty’s Marsh LNR with a public footpath through the marinas and out the other side of these imposing structures. 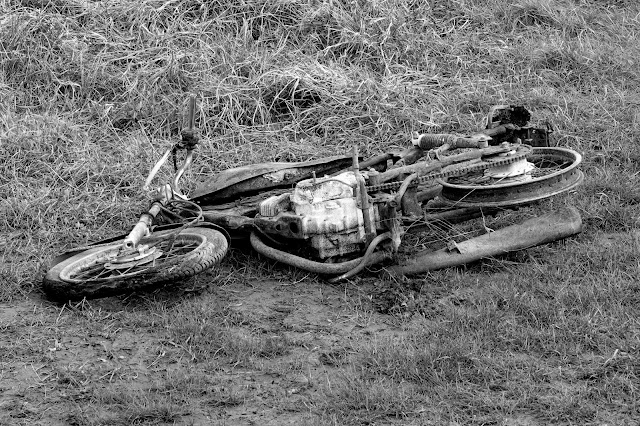 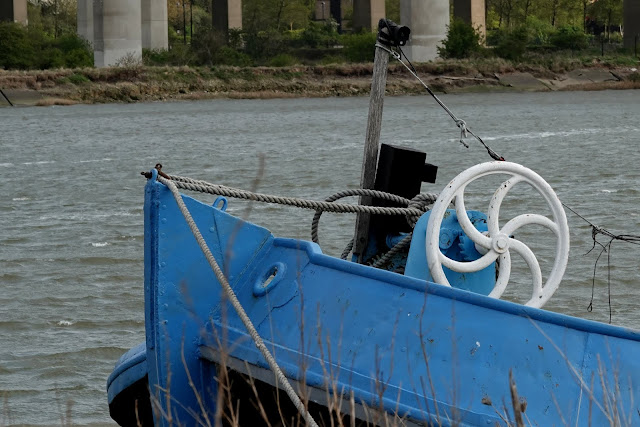 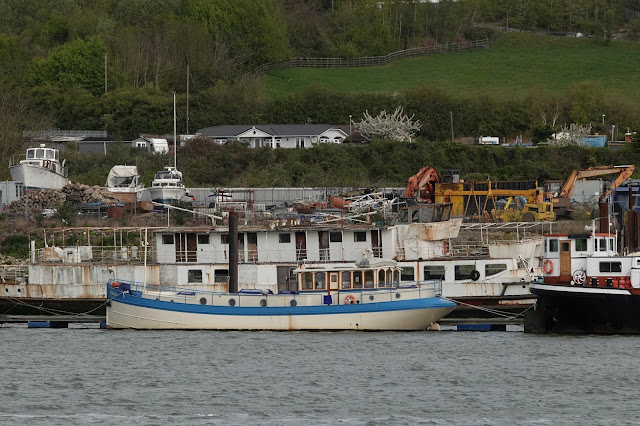 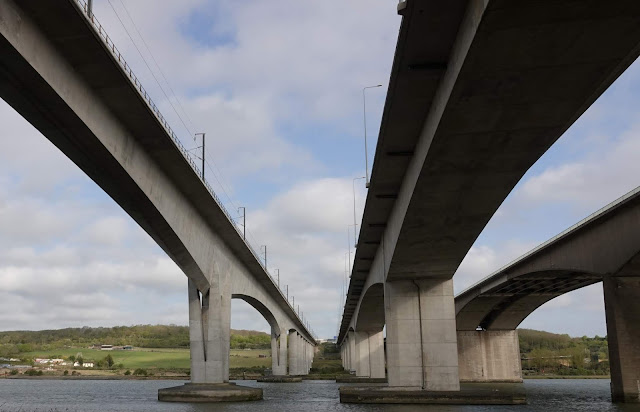 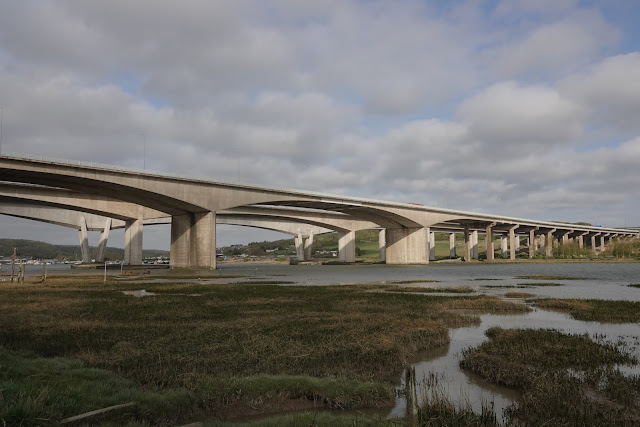 From here I was on a good old fashioned seawall with the Medway on my right and a nice reedy ditch with scrub and acres of pasture on my left.


Two male Nightingales were immediately heard which is a species that I would have hoped to have found before today on some of my walks and Chiffchaffs, Blackcaps and Whitethroats were in good voice.  My first Reed Warbler gurked in the ditch and Cetti’s Warblers exploded into song and a bonus Water Rail wound itself up into a 'kipping' frenzy.


There was nothing on the river at all bar some Black-headed Gulls and a few Mallard and Mute Swans and I found it inexplicable how the damp pastures were devoid of any Lapwings and only held a few corvids and Wood Pigeons. 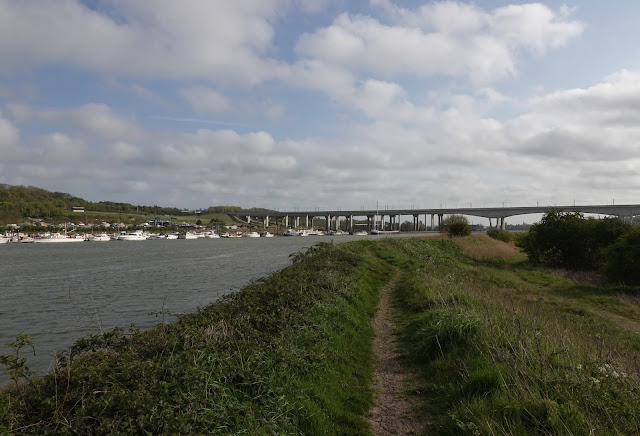 I carried on south until I was adjacent to Elmhaven Marina at North Halling and could check out the Ravens that I found last year while six adult Med Gulls drifted back towards the bridges. 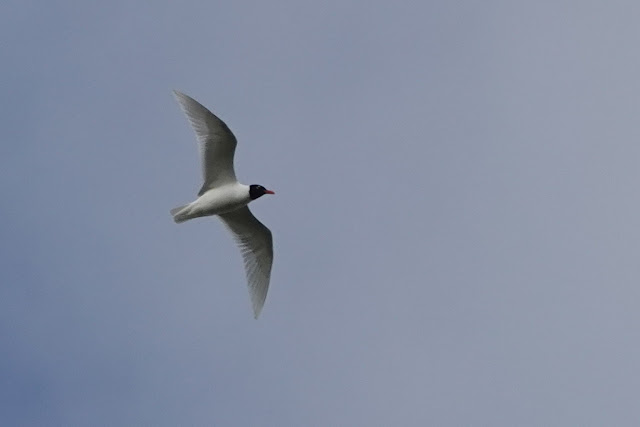 I turned back at this point and took the only footpath that I had seen off the river wall across the Wouldham levels and up to the very imposing and very hidden Starkey Castle, a Grade II Listed medieval manor house built in 1483. 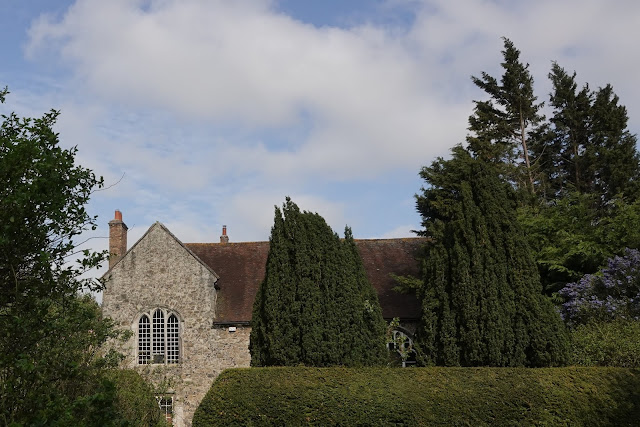 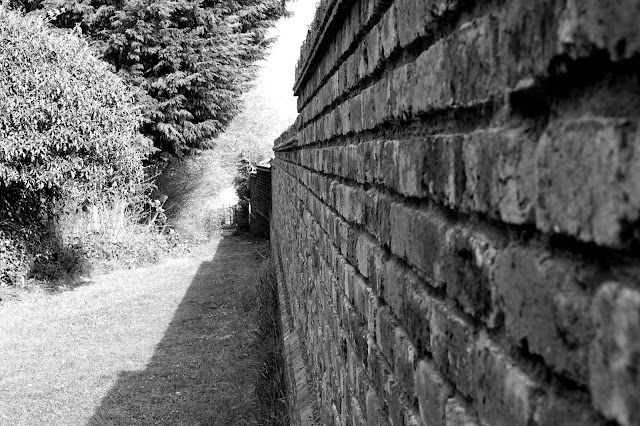 From here it was a slog back along the road with Skylarks and the glare of oilseed for company before climbing up to the pedestrian pathway that allows you to walk over the Medway on the M2 Bridge.  It was a wee bit breezy up there and I was glad of the extra layers and my hat but the views back towards Rochester were superb and I could almost see all the furthest points of my travels over the last ten days. 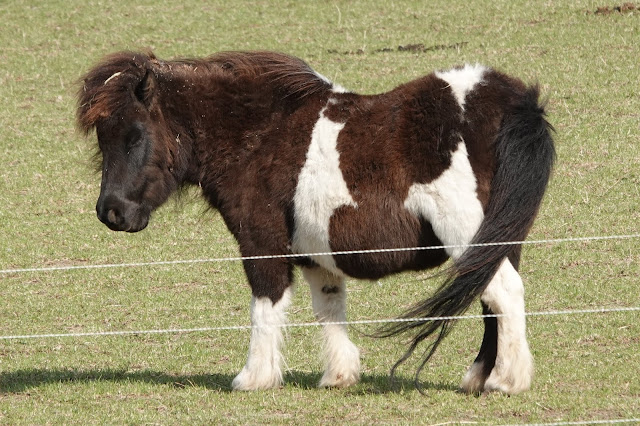 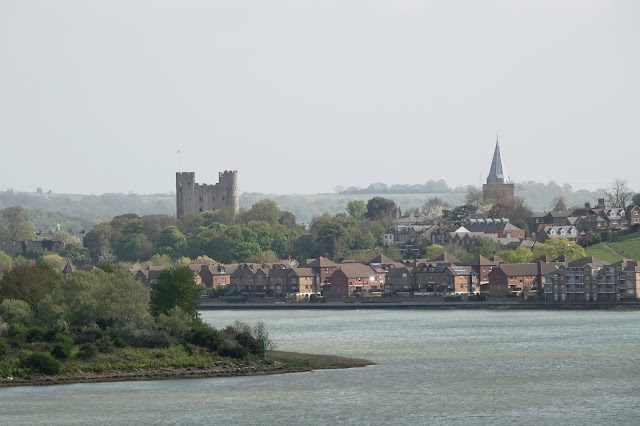 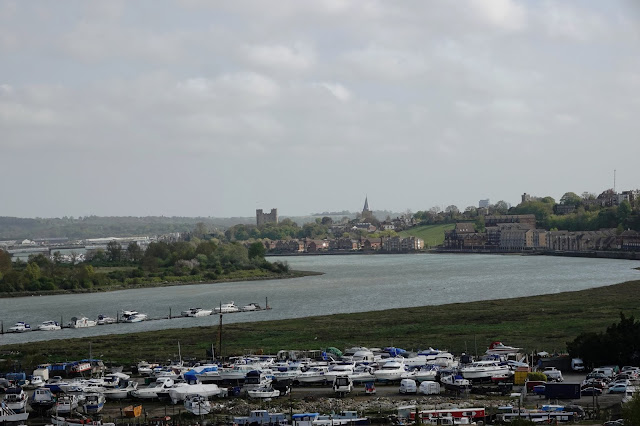 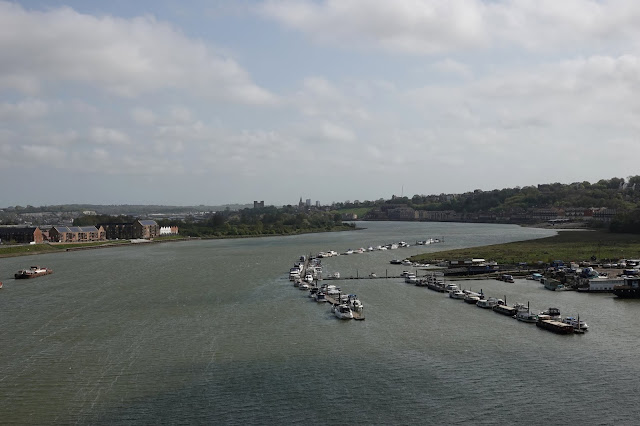 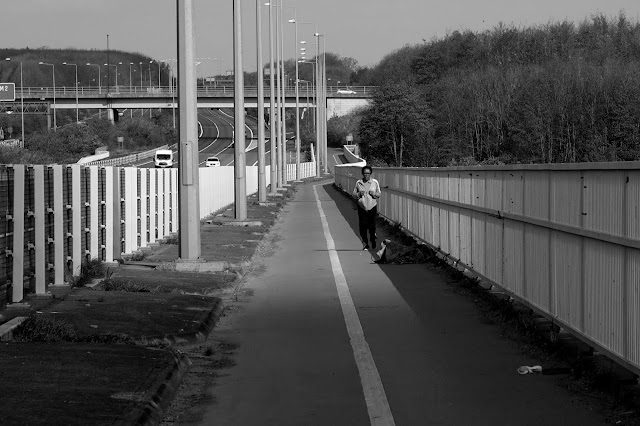 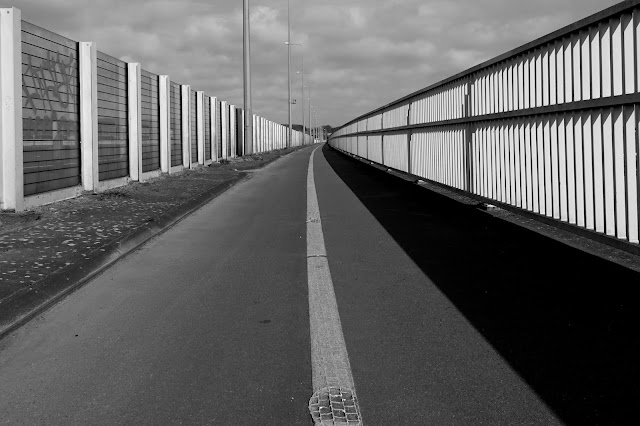 It was a straight run home back down the Cuxton Road with a quick stop in Strood Cemetery on the way to collect more fir cones for my bug boxes.
Posted by Howard Vaughan at 06:42