After a long weekend at work it was nice to have a lie in before heading down toward Oare Marshes mid morning.  I should really have been running a trip today but fancied some me time so sorry folks for not inviting you all along – nothing personal. 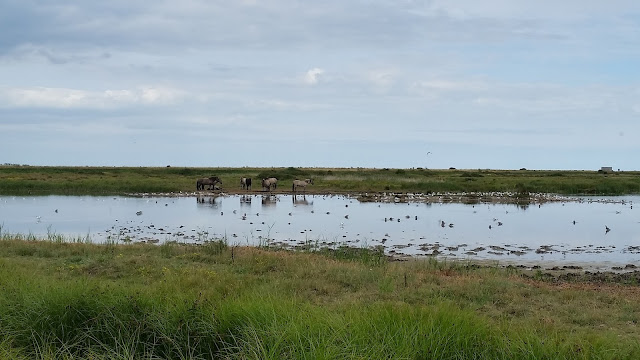 High tide was not until mid-afternoon and the sun was still slightly problematical but the East Flood was covered in thousands of birds already. The next six hours were happily spent scanning though the ever increasing flocks of chattering Black-tailed Godwits and Redshank while checking the calidrids that scampered around the edges for anything different. 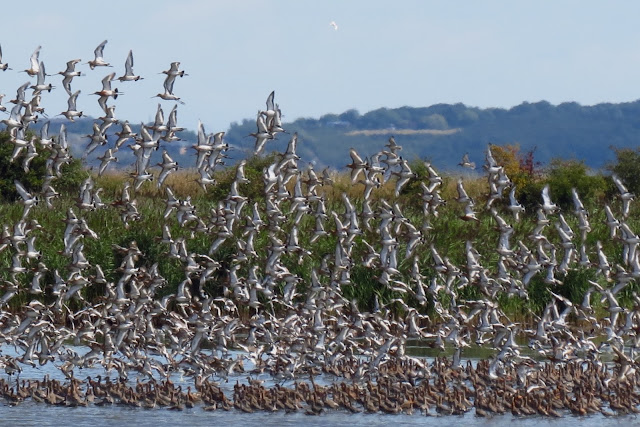 Four brick red Curlew Sandpipers were feeding like sewing machines alongside Dunlin in various plumages including richly coloured alpine and cold and frosty schinzii. A heavily moulted adult Little Stint was joined by a tramlined juvenile and a solitary adult Sanderling was actually a notable bird for the site.

The moulting adult White Rumped Sandpiper was the main quarry and I eventually found it feeding with the Dunlin. My first for some time in the UK and nice to reacquaint myself with this attenuated species.  In due course it came closer and excellent views were had. 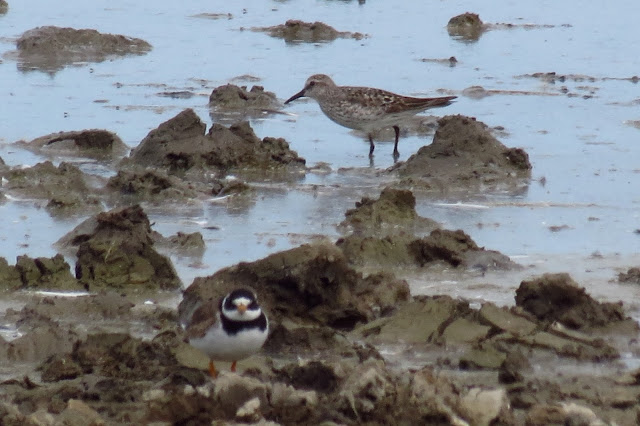 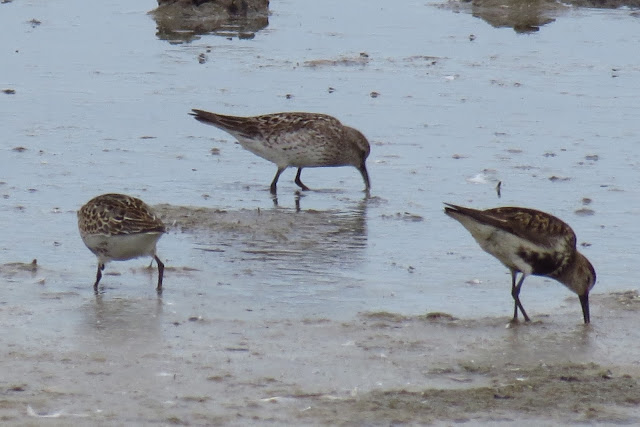 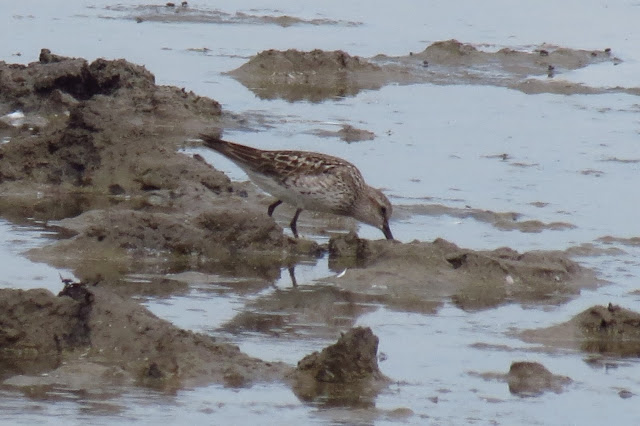 Ringed Plovers were late to join the party and the glorious Golden Plovers with their black patchy bellies mostly left after a juvenile male Peregrine made several stoops.  An even larger juvenile female simply made a few circuits but terrified everything! 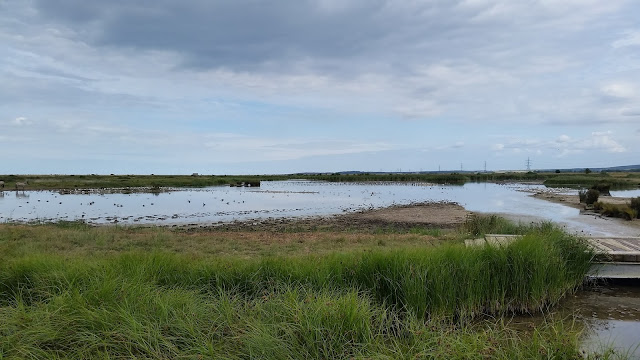 Nose banded Ruffs and immaculate Reeves fed on the periphery and Snipe and Green Sandpipers lurked in the edges where Water Rails squealed. An adult and well grown youngster showed in credibly well at our feet and a Grass Snake was seen in the same channel.

Of the Bonaparte’s Gull there was no sign despite many Black-headed Gulls dropping in but there was always something to see with flocks of calling Whimbrel and a large flock of simply stunning summer plumaged Grey Plover roosting out on the saltmarsh. Marsh Harriers and a Buzzard were seen and clockwork Yellow Wagtails were a constant feature around the feet of the mobile Konik pony herd. 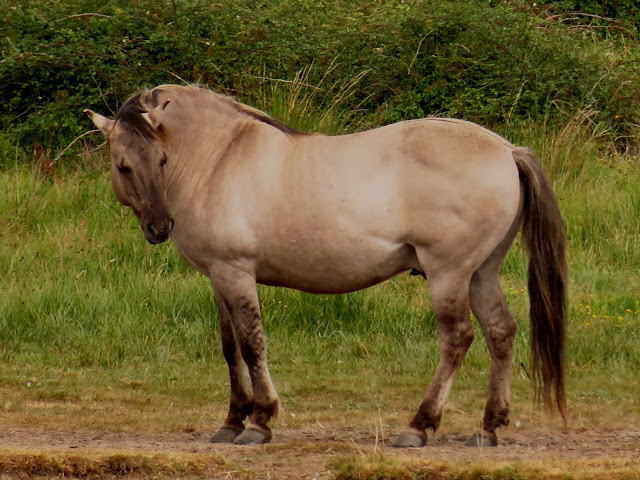 It was just nice to stand in the sun, chat to other birders including Matt Jones back from New Zealand for the Bird Fair, and listen to the myriad of conversations in High Arctic languages being conducted out on the flood. I know of nowhere else where you can walk a hundred yards from your car, stop in the open and spend literally hours watching the tidal comings and goings of the wading birds of the estuary.

Ornithological therapy for the soul. 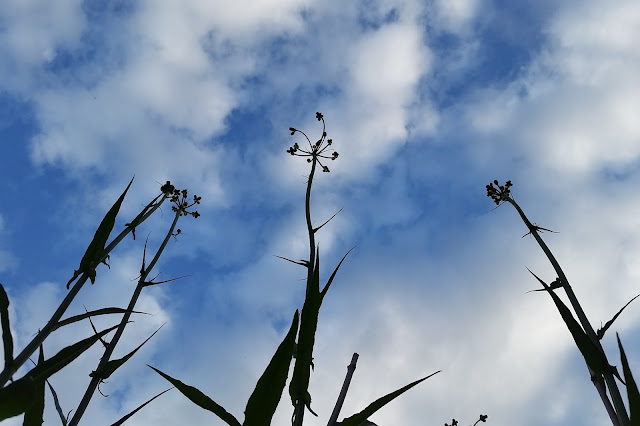 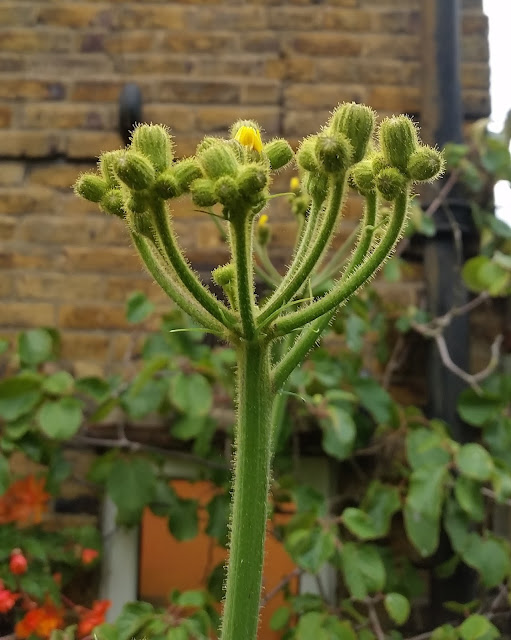 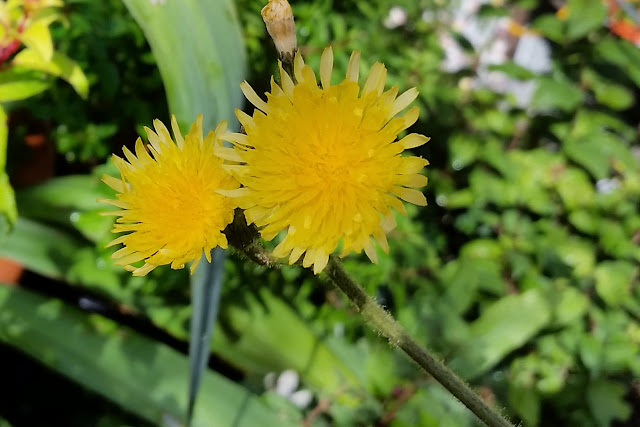 
Posted by Howard Vaughan at 19:35 No comments: