Dungeness...
Today saw my first organised trip out for some time and I was hopeful of a good selection of  migrants pulsing through the peninsular but despite low cloud and drizzle early doors to bring birds down it was actually hard work although those with me seemed happy with the rewards for the effort put in.


Just two Wheatears were seen around the Lighthouse area along with two brown Black Redstarts, one of which was fizzing sporadically from the power station fence line. A female Merlin rocketed through with no obvious qurry in sight.

A dapper White Wagtail, Reed Bunting and Meadow Pipit joined him there and became an audience and at least four Firecrests were encountered in the coconut scented gorse and on our return circuit they showed exceptionally well to my group to appreciative ooohs and aaahs. 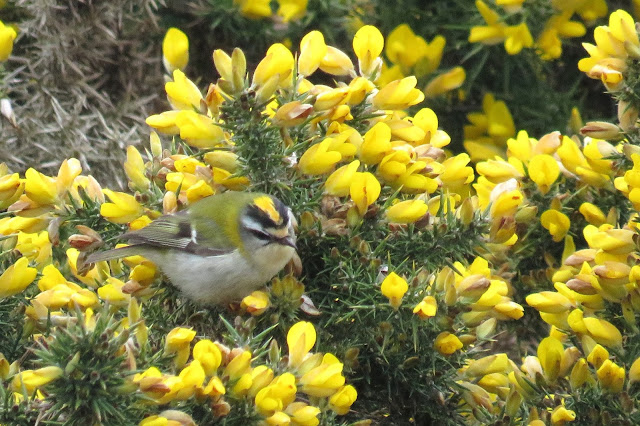 A Chiffchaff awaited removal from the Obs nets and a couple of exploding Song Thrush and a striking male Fieldfare reminded us that southern birds are still heading north from more local wintering grounds.


The Peregrines were in their usual spot but tricky to see and the sea was similarly evasive and our efforts yielded quite a number of Gannet, a Razordot, four Scoter and three Shoveler and a handful of Sandwich and Common Terns while fully plumed Great Crested Grebes fed very close in shore. 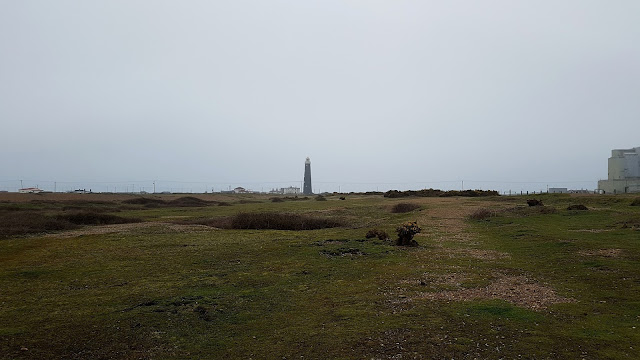 The Patch was devoid of birds but amazingly among the small number of gulls on the beach was the hulking juvenile Glaucous Gull which at least saved us a visit to the fishing boats!


With frustrating news of Ouzel and Hawfinch at the other end of the trapping area, we drove around to that side and approached from the road. No gorgeted thrushes were located but 14 Song Thrush and two Redwing broke cover and the first two Swallows were at last seen but it was still very quiet.

A comfort stop was required so we headed for the reserve where half-past-tensies also occurred with the mewing of immaculate Common Gulls gliding back and forth over the car park.

Our circuit was similarly un-springlike and just where the Chiffchaffs, Willow Warblers and hirundines are I am not sure. We did hear five Sedge Warblers and briefly see one and a Little Ringed Plover flew around calling before being located on the Lapwing fields while the Ravens were being given grief in their regular commute to and from their nest site.

The new tern islands are looking good although I did spend ten minutes looking for invisible Sandwich Terns before I realised that a tape was playing to lure them down. I believe that the tern and gull decoys were going out today too so let’s hope it works and the days of a noisy colony return this season.  While searching the islands a Ring Ouzel flew high across the pit towards the trapping area but I think that only young Ben got onto it which was a real pity. 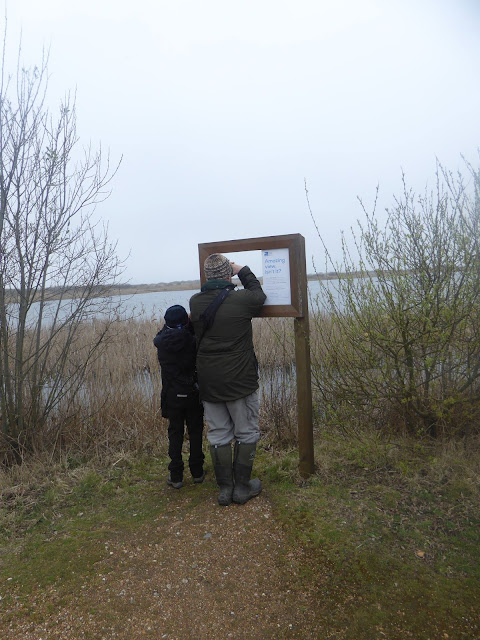 Denge Marsh did not provide us with a Slavonian Grebe but a Coot with a bloody shield had obviously had a serious run in with a neighbour or a Marsh Harrier and a pair of Great Crested Grebes semi-danced just outside the hide.

I think we had all just started to drift into that middle of the day stupor resulting from being sat down in a hide out of the wind when we all heard a Cuckoo.


A chorus of ‘Did you hear that?’ was heard, followed by some more ‘Cuckoo’. Although we never saw it we did all hear it again once we were back outside and on the ramp at Hookers where Beardies pinged and Cetti’s sang but booming Bitterns refused to be spooked into flight by passing Marsh Harriers.

Lunch and birthday wishes for Pat Hart followed (he is Biblically old apparently) before a frustrating look around the ARC where two Oystercatchers, three Goldeneye and two more Swallows were seen with several Tree Sparrows loitering around Boulderwall Farm for good measure.

A final drive back down to the Point for another potential look at the sea was terminated when we realised that we could not see the top of the lighthouses and none of the power station.