On Monday night I discovered a moving collection of almost lifesize wooden silhouettes installed for Armistice Sunday near the Heritage centre in Purfleet and just across the Mar Dyke Bridge from the reserve where I spend many of my waking hours.

I returned yesterday morning to take some images...

The resonance is powerful and reminds us of the previous darker life of the piece of land we now care for and love... 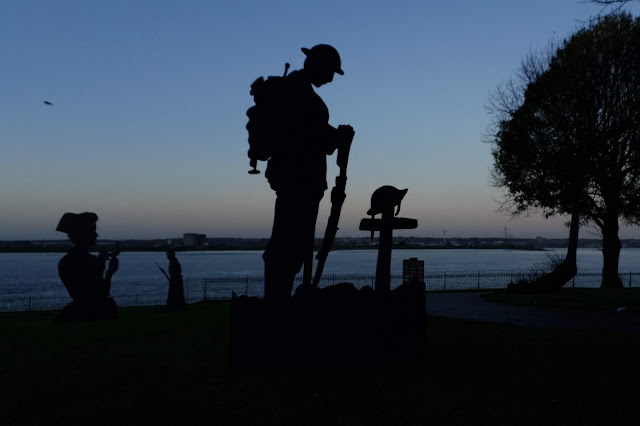 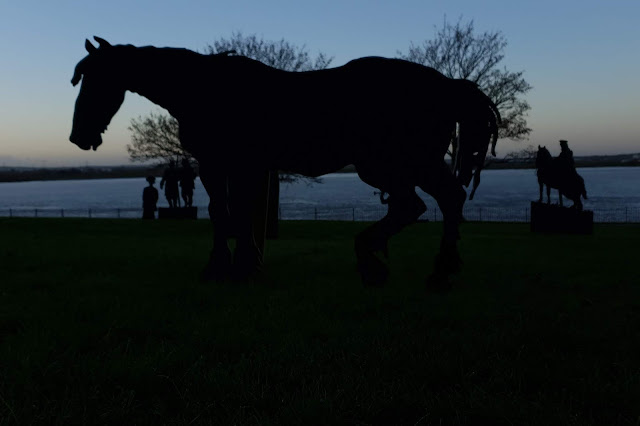 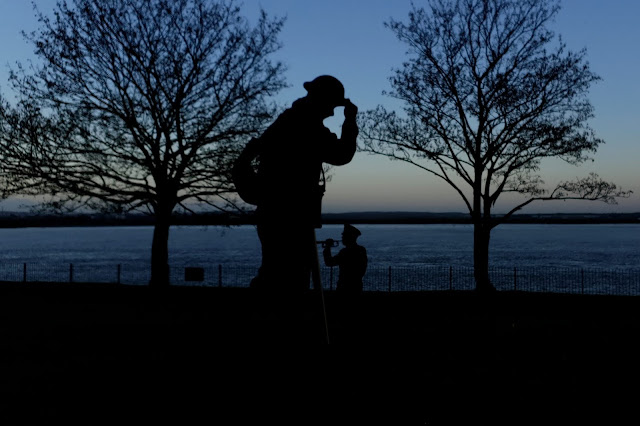 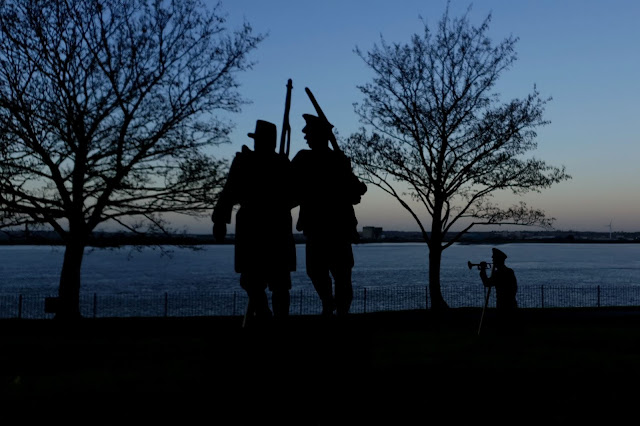 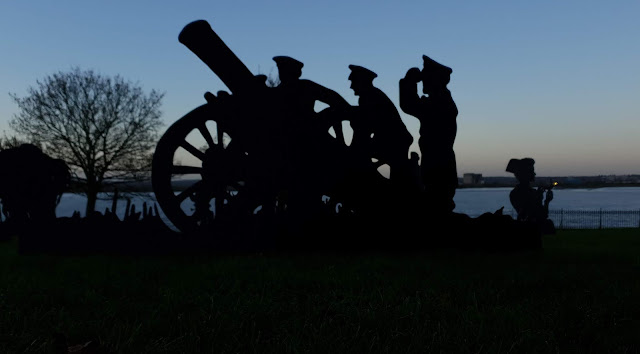 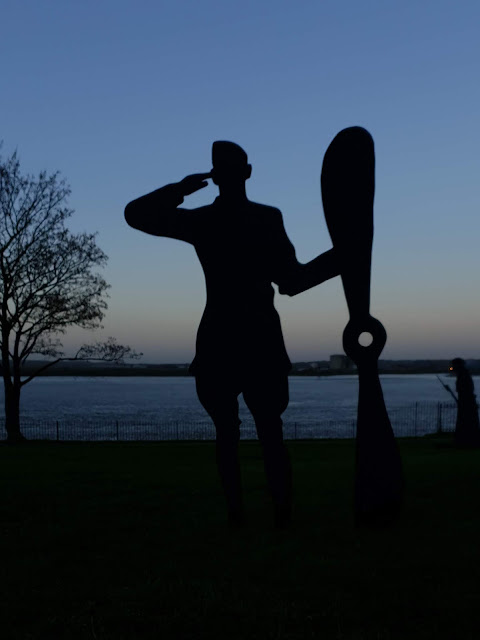 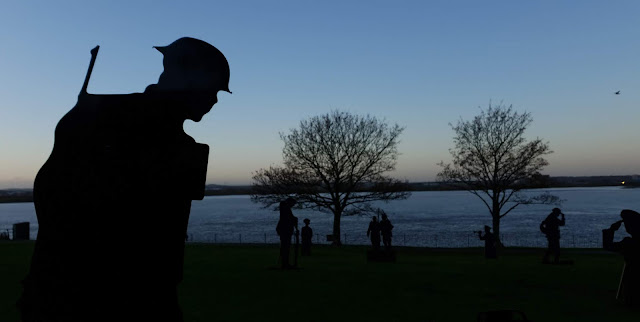 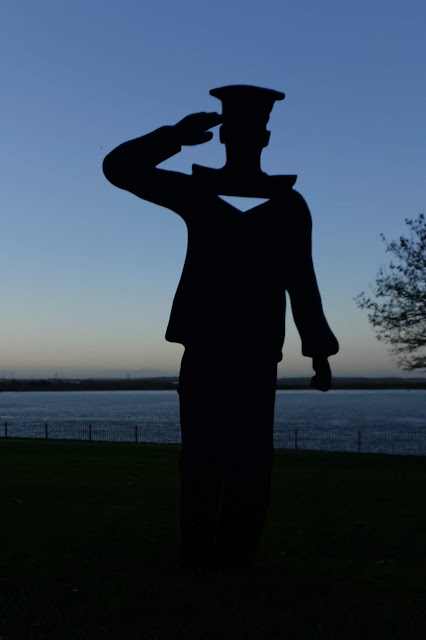 Posted by Howard Vaughan at 11:01 No comments:

The 12th November 2018: The Day The Sky Never Stood Still

Rainbows came and went with the alacrity of those encountered in Shetland with no chance whatsoever of acquiring any mythical fortune at either end while Sun Dogs were encouraged to come out and play when Sol made a brief appearance.

The reserve looks rejuvenated after three days with periods of persistent precipitation and duck and wader numbers are certainly already up on last week with swirling flocks of Teal and Wigeon and at least 500 Black-tailed Godwits and 800 Lapwing over high tide being harassed by marsh Harriers and Sparrowhawks.  There was even a bonus fly by Cattle Egret that headed straight across the river – the first one here for eight days so almost certainly a new bird in this record breaking national season.

Posted by Howard Vaughan at 12:29 No comments:


Our final day dawned bright but cool and the threat of squally showers was never far away and with them the now expected rainbows.

A final birdless look at Busta House and then into Brae for a look around the community woodland which on previous days had been blown out by the wind. It was, like so many places we had looked at deathly quiet and in fact the family party of four Mealy Redpolls in the Alders were practically the only signs of life.  They were very tame and allowed some great views.

The gardens at Sandgarth were next and we had them to ourselves.  It always feels so rare there but it was hard going with just single Siskins and Bramblings, seven Mealy Redpolls and a Blackcap for our time.

News on the rediscovery of the Pechora up on Unst at Haroldwick left us torn as to what to do.  Getting there and back would be tight for us to make our evening ferry connection and we would have only had about 90 minutes to play with and so with little news we chose to keep birding mainland and headed back up to Lunna passing a couple of dark Icelandic Redwings on the way.

The Melodious Warbler that caused us so much trouble on our first day was still present but covering a huge circuit taking in all the available vegetated gardens but it showed incredibly well wherever it managed to feed out of the breeze and in the sunshine.  It had a penchant for the numerous sluggish Bluebottles equally trying to find a warm spot. 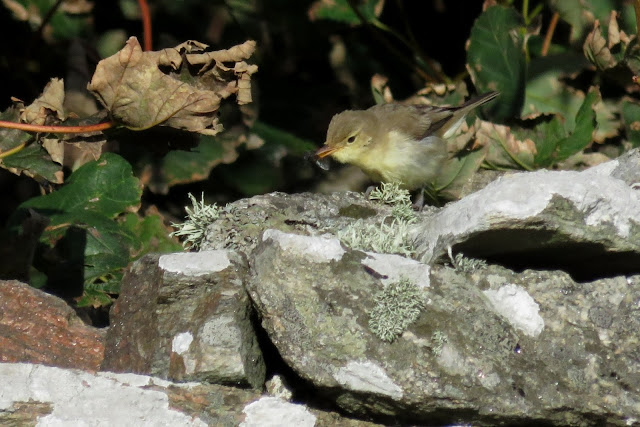 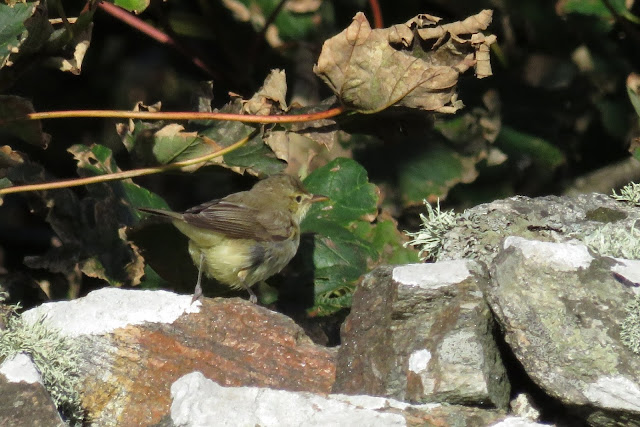 It was quite pleasing to discover that it still showed a secondary wing panel and bluish legs so at least we were not imagining that on our first visit.

A summer plumaged Great Northern Diver was found on the way out of Lunna in Grunna Voe – our first of the trip and always a welcome bird in such magnificent spangled plumage.

A look around Garth provided us with more views and some funky graveyard lichens but almost nothing avian bar some obliging Lapwings. 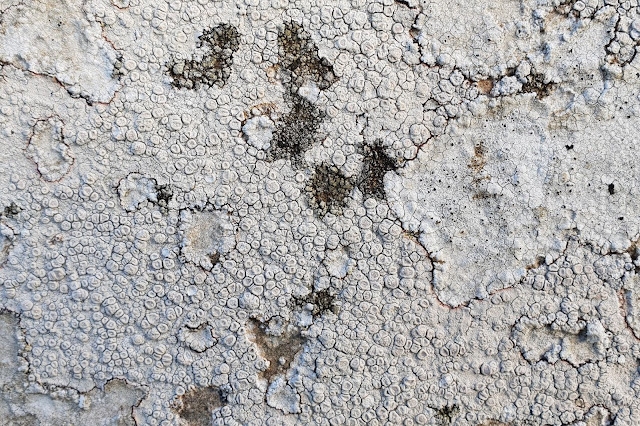 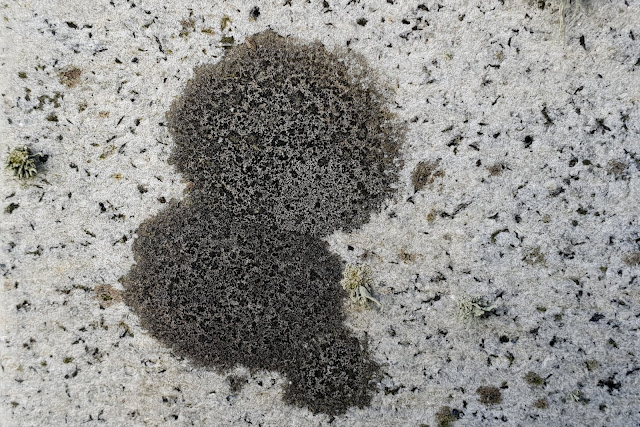 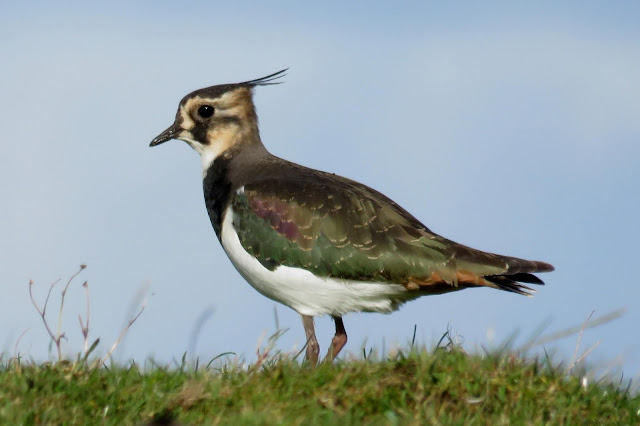 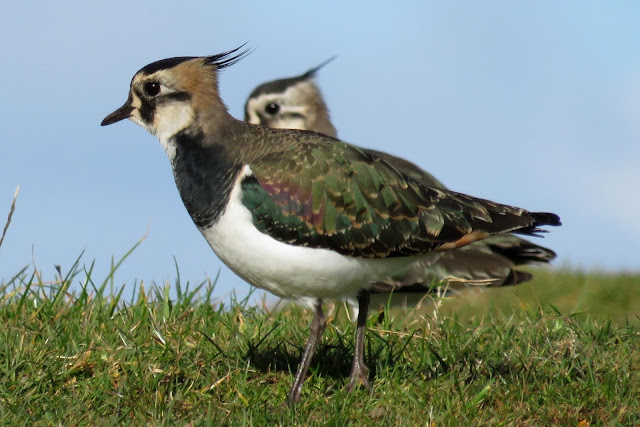 From here we headed west and out across the island of Tronda and on to West Burra before stopping at the very end at Papil.

A delightfully relaxing hour was spent walking down towards the crescent of sandy beach at Banna Minn with Wester Quarff opposite to the east and then the entire western coast of Mainland heading south towards Dunrossness and the imposing (and still doubled Yankee Sparrowed) Foula 25 miles off to the west.

The sky was blue, the clouds white and fluffy, the waves lapped upon a beach strewn with nothing but silver sand and the odd pebble and I had a beautiful tortoiseshell cat keeping me company as I sat and watched Mergansers diving in unison offshore.

It was time to start heading towards Lerwick and the 12 hours of bobbing on the ferry back to Aberdeen. Thankfully it was once again uneventful and we arrived on time and disembarked equally smartly.
The journey homewards was as long but good humoured as usual but the North Sea sunrise was simply spectacular and the sight of literally tens of thousands of Pink-feet streaming out of Loch Leven across a rolling Perthshire landscape peppered with swashes of gold, red, orange and brown painted pictures in the mind that simply do not fade...

Posted by Howard Vaughan at 13:52 No comments: