Last year’s Pied Billed Grebe had returned to Loch of Spiggie yesterday and thus that was to be our first destination of the day.  On the way off of Muckle Roe we spied a sad denizen of the high Arctic in the emaciated form of a Polar Bear seemingly too weak to move having attempted to scale a fence into a garden after some loose chickens.
The poor beast was skin and bone and had quite probably headed south following the scent of stray Beluga Whales and Walruses. 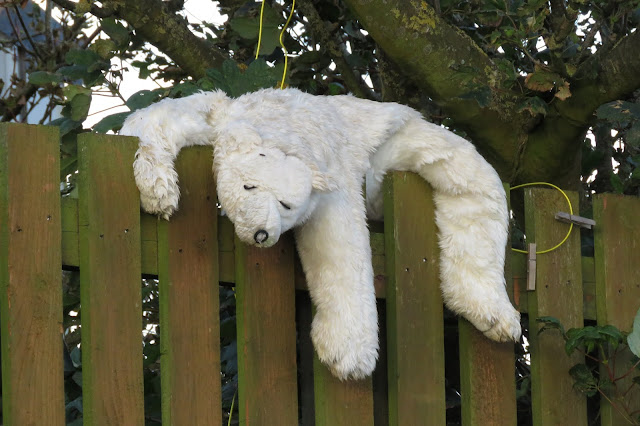 We made the appropriate phone calls be decided that trying to free it from its precarious perch would be detrimental to both our and its health...

Meanwhile down at Spiggie the Pied Billed Grebe was immediately on show which given its penchant for disappearing into the sedges was a good thing. It may have been a fair way off but that is why we have good scopes and through them it was just fine.  It was my first since the booming male at Thompson Water in Norfolk in May 1999.  This fat headed little thing as busy catching small fish before retreating to digest.

A Slavonian Grebe fed in the shallows closer in and 25 Whoopers, two Moorhen and a few Tufted Duck were noted while a Swallow and Skylarks were in the windblown field below us.

On to Boddham for some more Rosefinch action but no sooner had we found it that the dreaded news of Lancy at Quendale once again appeared in the news. We were five minute away and so off we headed resigned to more time spent in the irises.

No one who had seen was on site – again – and so a concerted effort was made to find it this time with a proper close knot line working the vegetation. A good job was obviously done as rodent scurried ahead of the line and occasionally didn’t and required a gentle parting of the iris blades by hand to send them on their way but of a tiny brown locustella there was no sign, only two Willow Warblers, the same damp Chiffchaff and Whitethroat and an ominously difficult to flush mute Wren...

Once again I walked away and this time Bob came with me and as it was not raining we headed back up the road towards Brake to check out the gardens and fields above Loch of Hillwell. There were plenty of Skylarks, Twite, House Sparrows and Meadow Pipits but the wind and squally showers were making thing s difficult. Coot was added to the list on Hillwell along with another Moorhen, 30 Mallard and seven Whoopers.  Two Wheatears and our first two Redwing were also seen.

Hoswick was our next stop but again the wind was proving troublesome and two large dark North-western Redpolls, a Swallow and Wheatear were our scant reward before the heavens opened again.

Sand Lodge produced Ringed Plovers, Oystercatchers and Redshank on the foreshore but nothing with the House Sparrow flock bar a few Twite. 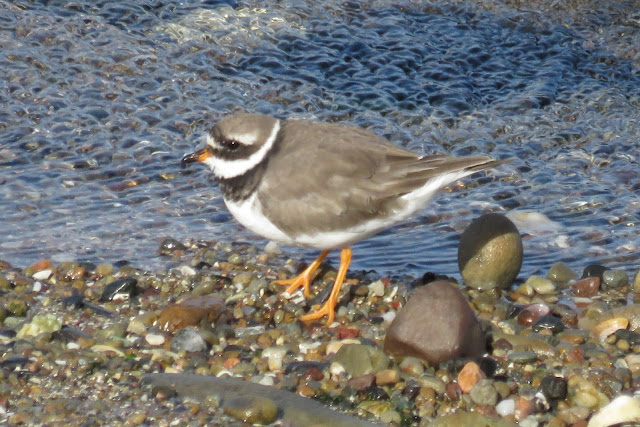 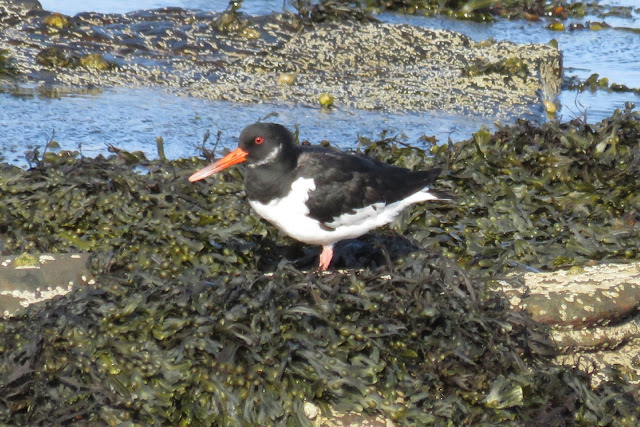 However it is usually the Harbour Seals that captivate me here and this year was no exception and with a quiet approach I was able to get pretty close without disturbing them from their low tide respite. 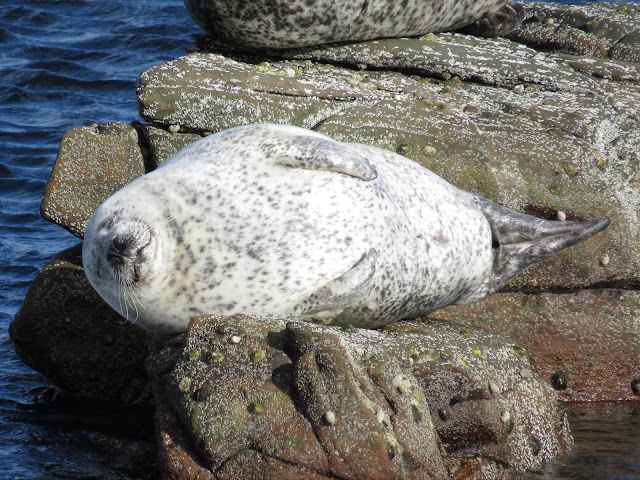 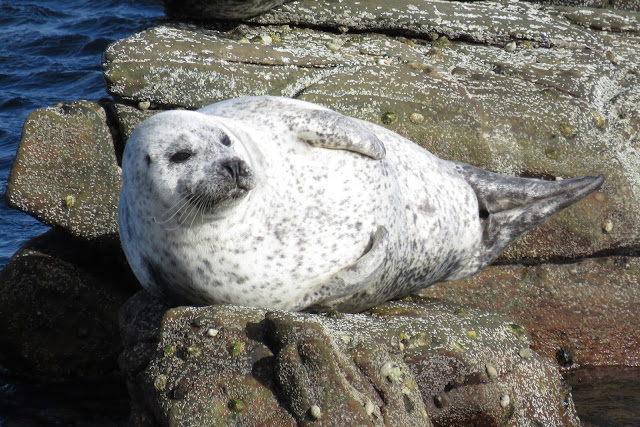 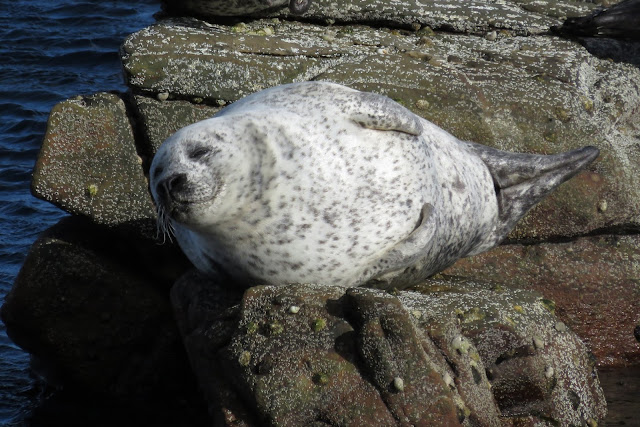 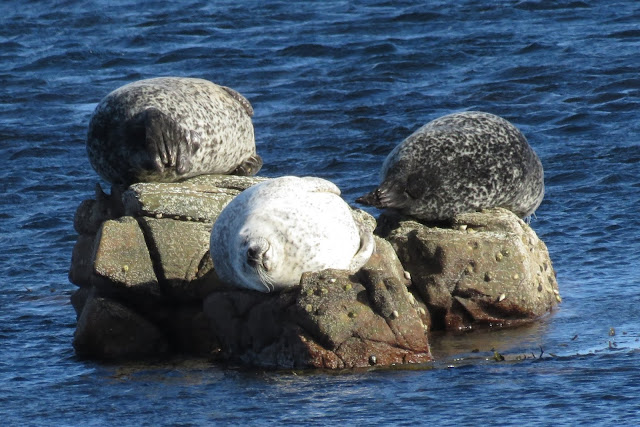 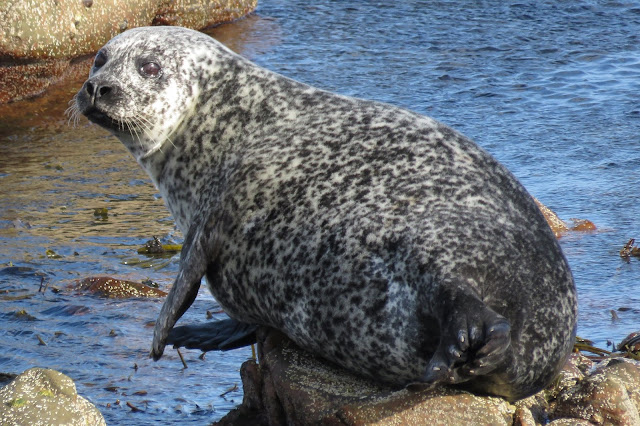 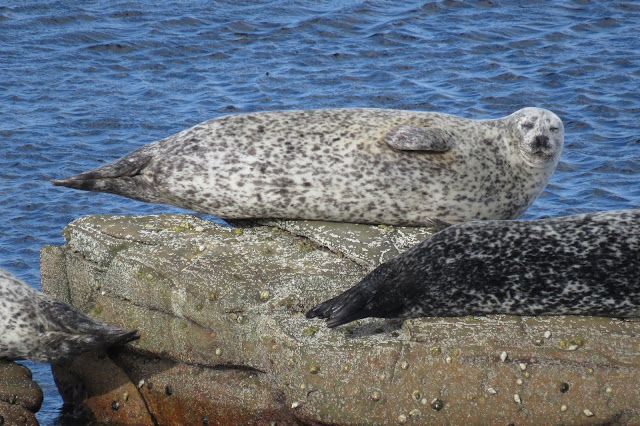 Similar stealth meant that when we found ourselves accidentally in the ram field behind the house, we managed to slip by with only a few foot stamps and nose blowing...


From here we swept around towards Loch of Asta and Tingwall where a good look through the Golden Plover and Redshank flock once again yielded nothing different. Three Mute Swans and 19 Tufted Duck were on the lochs before looping past Weisdale and up to Kergord.

I stuck to the road at Kergord and let the lads have the deathly quiet woods and picked up a couple of Robins and Redwings as I walked north. 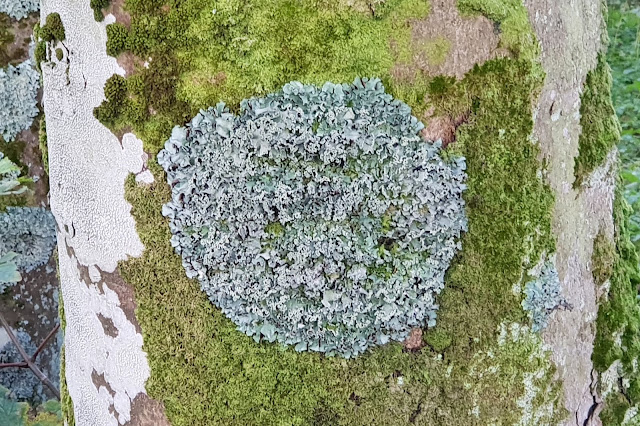 Common Gulls and Rooks were feeding in the fields and Ravens and Hoodies played in the wind. 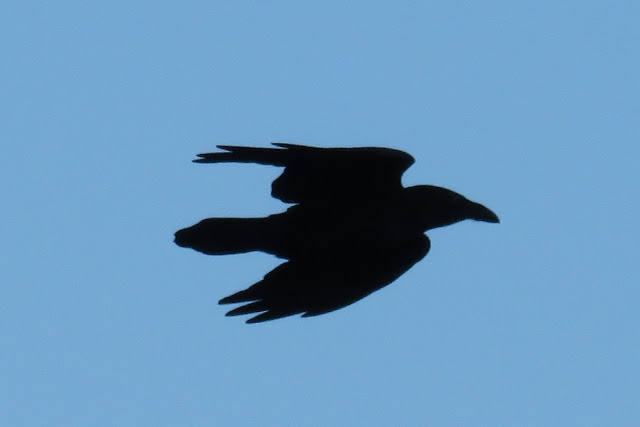 I was delighted to find a Jackdaw with the Rooks – my first for the islands. Apparently this one has been around for a few years but is seldom reported. A Sparrowhawk spooked Woodpigeons from the upper plantation and a young female Peregrine sat perched in the leeward side of the next stand up the road before a female Merlin careened across the road after a Blackbird.
With the weather closing in once again there was just time to stop at Sand Water on the way out and usher a family of Whooper Swans out of the roadside verge. 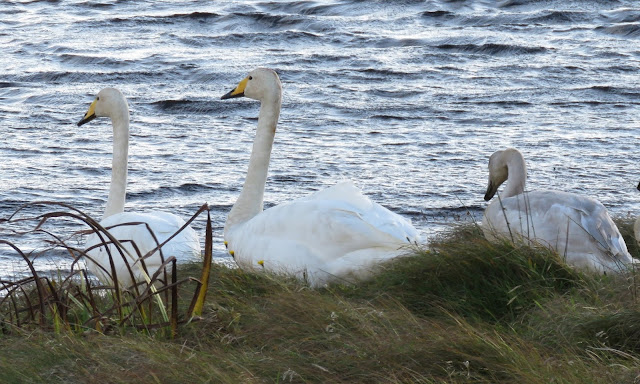 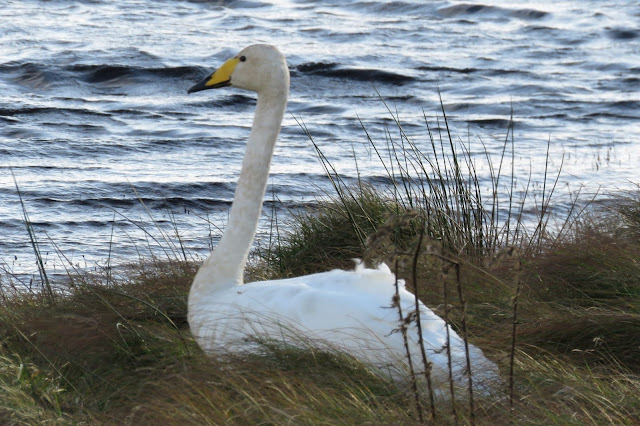