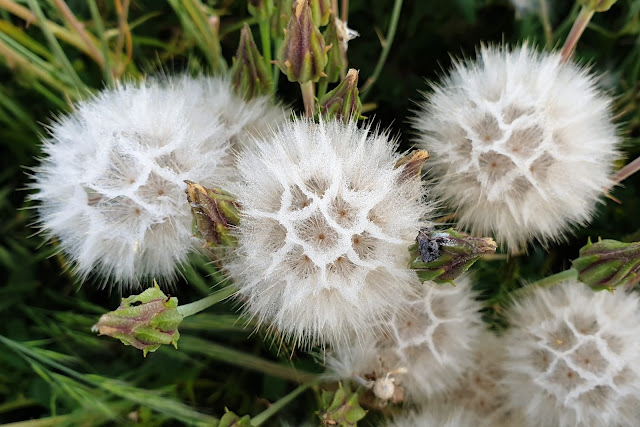 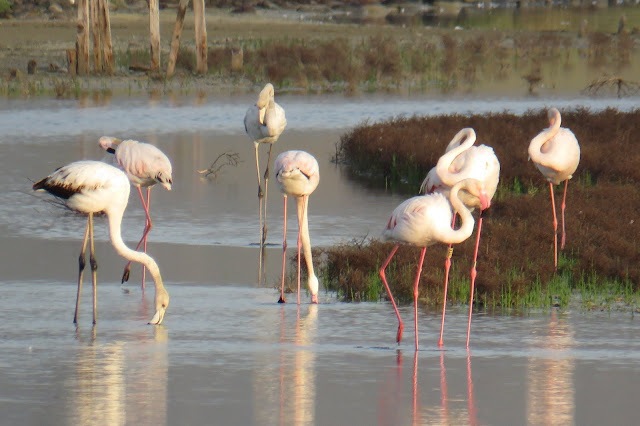 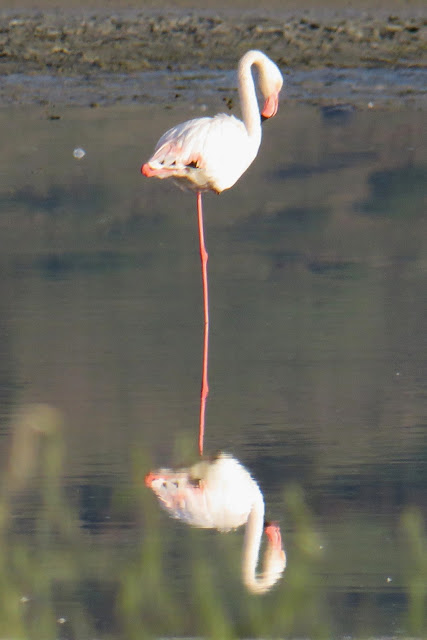 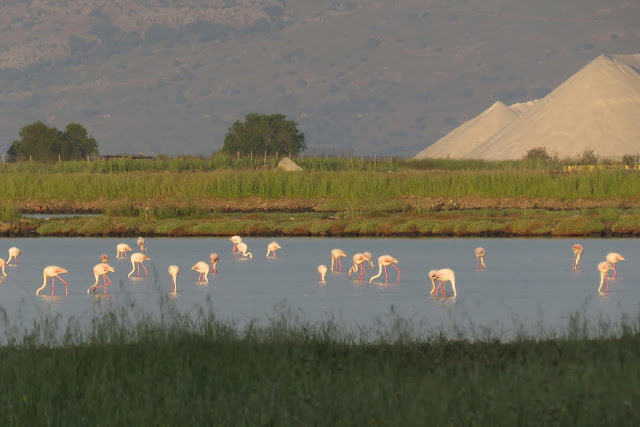 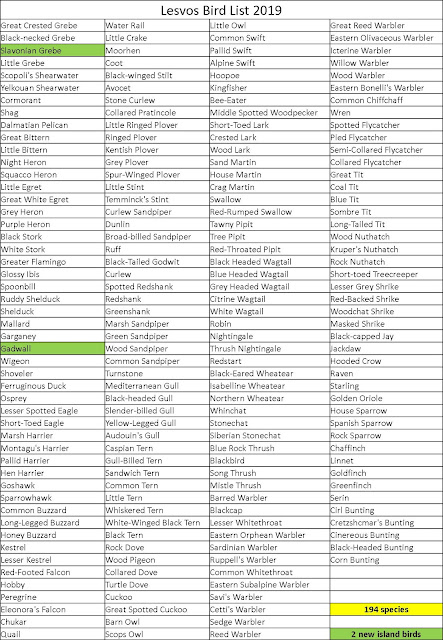 The last full day on the island and after some deliberation it was decided that west was best. Heleen and Meika followed us in their car today and a Hoopoe outside their hotel got things going before heading down to Parakilia in the hope of hearing Olive Tree Warbler but like the east side of Kalloni Bay yesterday, there were none in yet. Masked Shrikes were incredibly vocal and males were engaging in territorial sing-offs, Turtle Doves purred in the groves and the Middle Spotted Woodpeckers were still very active. Down at the beach there were now more Thread Lacewings floating around the flowers and a White Wagtail was on the harbour rocks. It was peaceful and tranquil as usual.

The drive on was quiet but a pale Eleonora's Falcon as we came upon the expansive view beyond Mesotopos was superb. The Meladia Valley engaged us till lunchtime and although new migrants were thin on the ground, it was still a wonderful place to just stand and take in the sounds of an Aegeon spring. Buntings were everywhere and the Orphean Warblers were even more showy. It was good to watch the more subtly plumaged females out foraging.

Spotted Flycatchers dotted the bushes and two female Golden Orioles zoomed about as if fired from some hidden anti-photography gun and five Red-backed Shrikes were always just too far away.
A kettle of Ravens appeared over the ridge and we counted 43 in total. I hunted among and above them for a big raptor but could only find a Common Buzzard and Lesser Kestrel. We stood and watched the ridges for a while and added Short-toed Eagle, Long-legged Buzzard, three more Lesser Kestrels, our first two Hobbies and a dark Eleonora's Falcon while several Pallid Swifts and the Crag Martins moved up and down the valley.

A few Meadow Browns were now on the wing and the Painted Ladies that we saw today were immaculate; fresh individuals and not the almost transparent waifs we had been encountering. Orbed Underwing and Marbled Skippers rested in the road and Green Underside Blues and Black-veined Whites were seen too.


At the Sigri end we were immediately entertained by a Spur Winged Plover in the field near to the inlet and it spent its time resting up and occasionally peering skyward at unseen threats. A much closer bird than the Christou duo. A male Collared Flycatcher sang in the garden behind us but I could not see it and Woodchats and Black-headed Wagtails were feeding around the same paddock with Bee-eaters up above.


News out of the valley was largely negative and after the dearth of new migrants in Meladia I decided to head back over the top - once again with a stop to feed the Perivolis cats for one last time and a slow drive through Lardia and Vartousa with the sound of Eastern Bonelli's Warblers chip chip trilling, displaying Blue Rock Thrushes, gliding Red-Rumps and a Raven on look out.

The evening was spent out on the KSP in the hope of finding the immature male Montagu's Harrier for the group as we had not seen one this week. I stopped by the big Mulberry tree in the middle of Lotzaria with the sound of Bee-eaters and Black-headed Buntings all around and stood on the side of the car with the door open to scan the hidden pool from a few precious extra inches height.  There were 71 Little Stints out there, a Great White Egret and much to my delight, a Spur-winged Plover!

No sooner had I found the birds, then the Montagu's Harrier appeared and we watched it for the next ten minutes buoyantly quartering the fields. This individual had a very contrasting underwing pattern and had me guessing to start with but the bars in the inner fresh secondaries gave the game away. We re-found him settled in the top of the sheepfields but he soon spooked and continued with his effortless search for food. 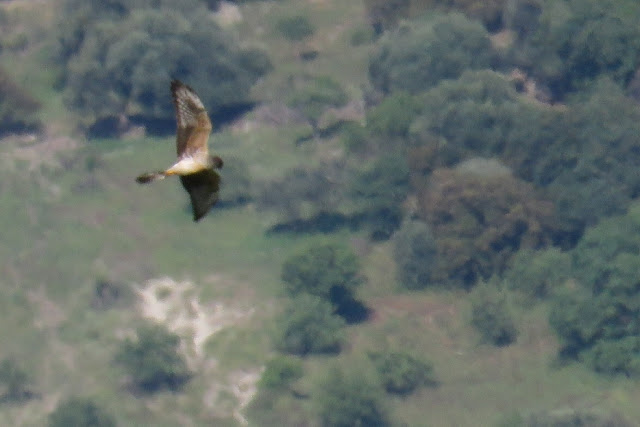 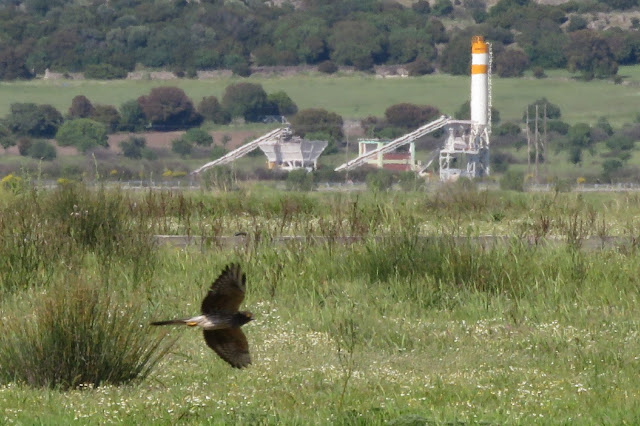 The saltpan channel was busy with Little Egrets and Stilts and a Temminck's Stint was found creeping along the margin with a single Little and three Wood Sandpipers but it was the imposing Black Stork that appeared and started to randomly fish alongside us that brought out the wows. The colours were amazing and seeing this species at such close range and in sunshine is always a holiday highlight. 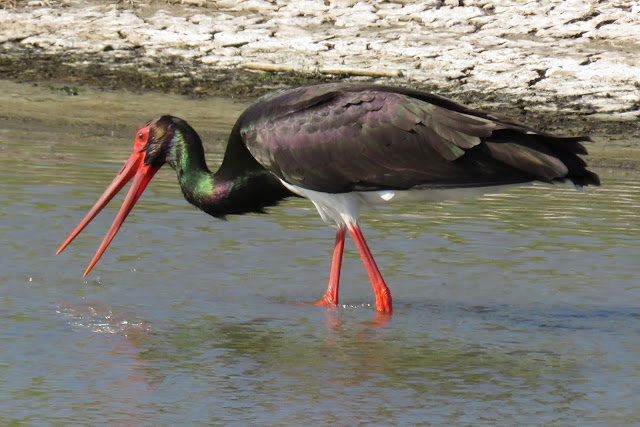 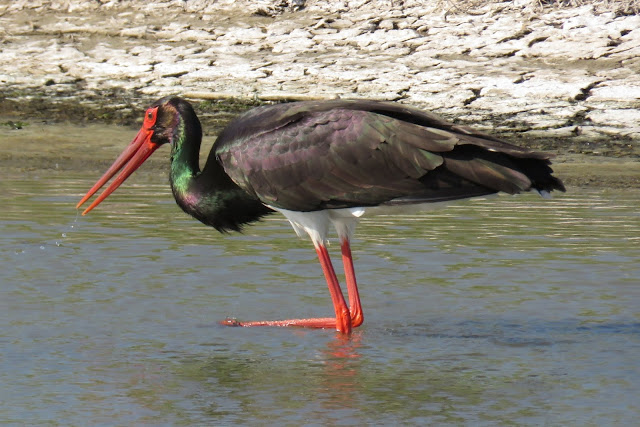 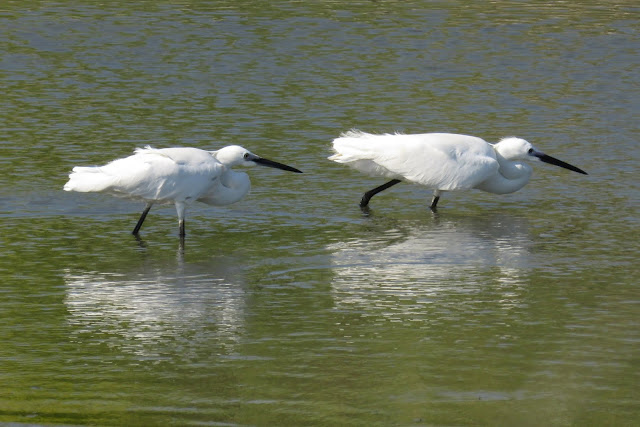 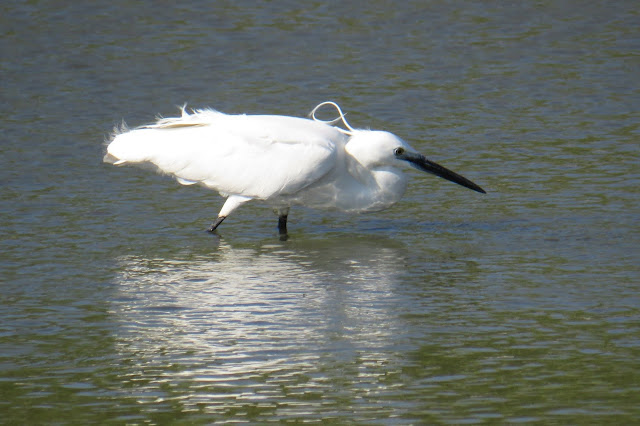 Down at the Alykes Sheepfields the Ibis flock was still lurking in the sedge clump and a good scan revealed 17 Curlew Sandpipers, 26 Little Stint, Temminck's Stint, six Ringed Plover, 12 Kentish Plovers, three Little Ringed Plovers, 14 Wood Sandpipers and the Broad-billed Sandpiper pottering along the margins. Thirty-one Ruddy Shelduck was by far the biggest count of the trip. Bee-eaters glided around us, flava Wagtails glowed and two Short-toed Larks landed in front. 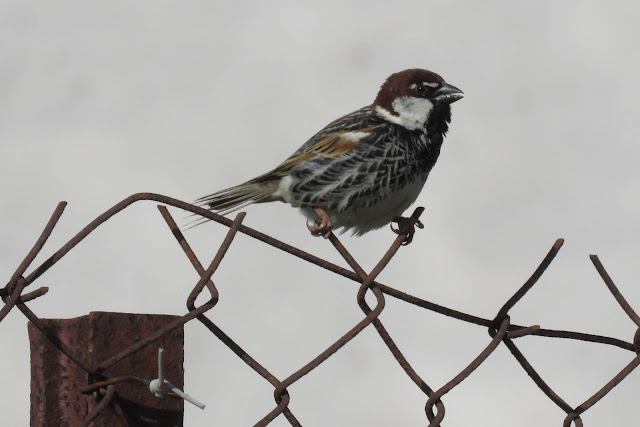 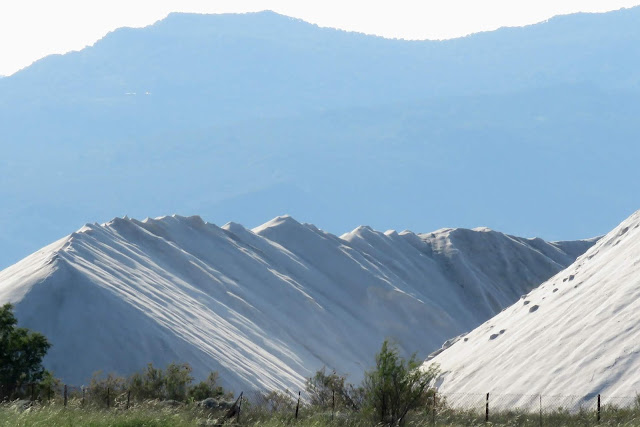 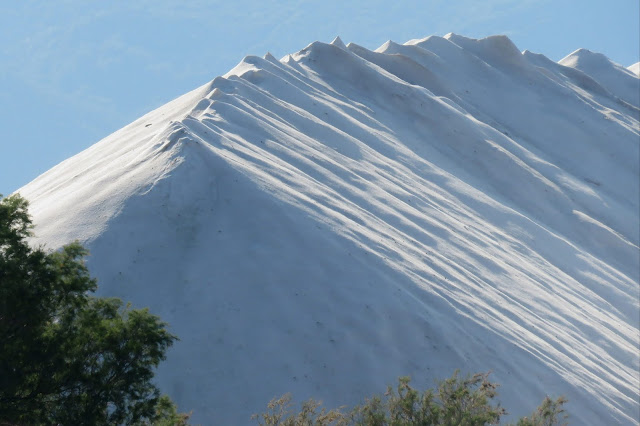 The wind was picking up and temperature was dropping so we gave the pans one last drive past and headed back to begin the onerous task of packing for the journey home tomorrow but not before a look at the Kallonis Pool and it's collection of herons.

Posted by Howard Vaughan at 05:04 No comments: