The weather forecast made no mention of rain but that is what I woke to and my drive to and from Mytilini was a somewhat damp affair but at least Mike and Len were on time.
After successfully navigating back through the city we headed back to Skala Kallonis with no birds seen whatsoever to get their lists up and running!

Late breakfast and then out we went with Julie now on board too. The light was poor but we got off to a great start at the Kallonis Pool where a full suite of herons were seen with four Purple, Great White, two Bitterns, three Little Bitterns and five Squacco. It was Mike's first visit and this was just the sort of start I wanted!

The Sandwich Terns were still at the river mouth and the usual bits and bobs were encountered as we bumped through the ford and out across Lotzaria. Bee-eaters called and a two female Marsh Harriers cruised around.

The salt pan channel was quiet and a single Glossy Ibis and six Red-throated Pipits were on the Alykes Pool. There was unsurprisingly no sign of the Barred Warbler along the road but I was pleased to find two Slender-billed and three Black-headed Gulls on the last pan and the dulcet tones of the first Black-headed Bunting jangled while Len found another in a fig. Three Buzzards and a Short-toed Eagle circled the ridge. It was time for a supermarket visit, a Papiana Scops Owl and then a lazy lunch for us and the red-eye survivors.

It was now glorious and hotter than it had been since we had been here and so we headed for Metochi with a brief stop at the Christou River bridge to watch several Red-throated Pipits and Black -headed Wagtails. Swallowtails flounced around the normal sized fennel and Crested Larks and Corn Buntings sang.

Down at Metochi we found a male Little Crake immediately and watched it furtively feeding along the reed edge while a male Little Bittern crept behind it. Len picked up a distant big bird of prey and it rang alarm bells immediately. I frantically put the scope back up and found the bird. It was very big and block shaped with rectangular fingered wings and a short tail. It was a long way off over Dafia but even at range I could see the pale primary base flashes on the upperwing when it turned. It was a Lesser Spotted Eagle and we watched it glide west and out of view.
The rest of the circuit was far more productive than my first visit and Mike had eight lifers in forty minutes which included a couple of surprises for the site with a Cretzschmar's Bunting and calling female Collared Flycatcher. Two active Rock Nuthatch nests were found and even the Sombre Tits put on a performance and a Masked Shrike showed very well from the car. A couple of Alpine Swifts zoomed with Commons over the ridge and were joined by a Long-legged Buzzard and a Short-toed Eagle dropped down low enough to see her eyes.

As we were leaving and about to turn onto the main road I saw a small floaty Harrier over the olives. I stopped and raised my bins and was delighted to find a sub-adult male Pallid Harrier drifting through. I leapt out and grabbed the camera. I have been lucky enough to have seen the species on every visit but never a grey ghost of a bird like this one. We watched him head north back up towards the lake and out of sight. 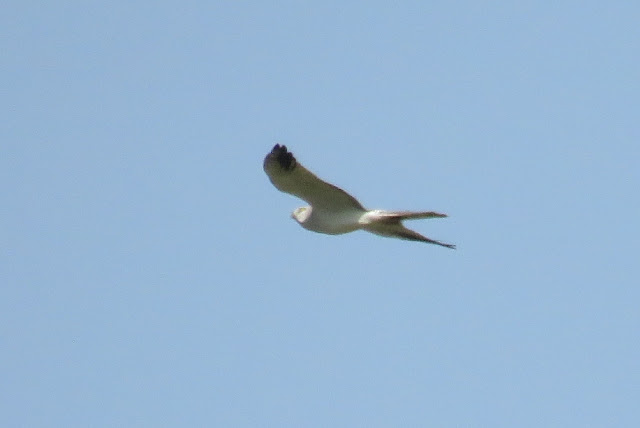 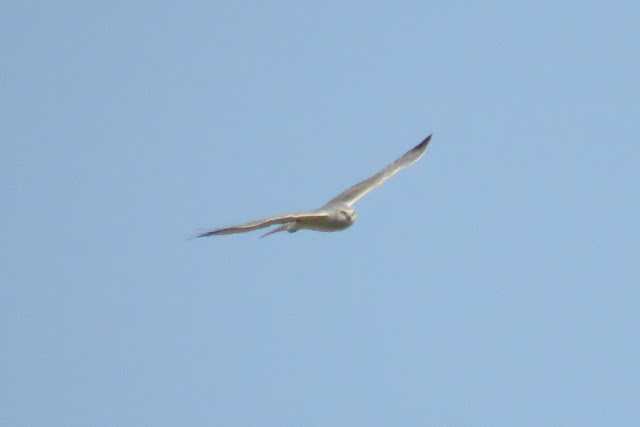 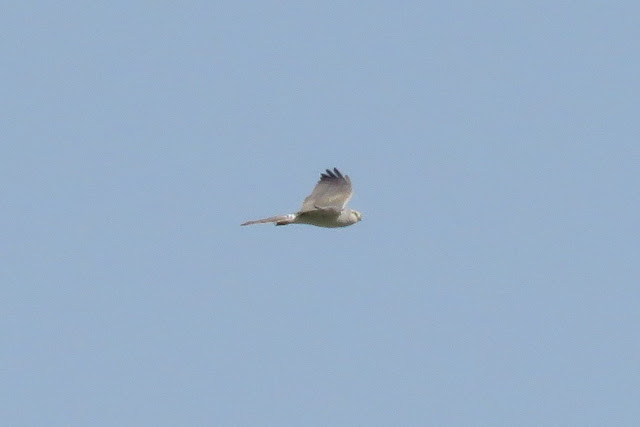 The rest of the evening was spent out on the KSP with our first male Red-backed Shrike near the Pasiphae Hotel and two Med Gulls and a pair of very showy Nightingales on the Tsiknias on the way out there. A Stone Curlew was seen out towards the semi-hidden beach pool and Eastern Olivaceous Warblers showed well in the pathside brambles.

News of some new waders on the pans had us pushing on through and we were soon watching a stripy headed Broad-billed Sandpiper as it fed with a large mixed flock of Ruff, Curlew Sandpipers, Dunlin and Marsh Sandpipers.

Over 130 Wood Sandpipers flew high and north in two flocks and Stone Curlews were active in the late evening sunshine including one that landed in the Avocet colony and got particularly short shrift.

Three White Winged Black Terns put on a spectacular show over the channel and 12 Gull-billed Terns hunted further back while the river mouth Med Gulls joined us and hawked with them for ants. 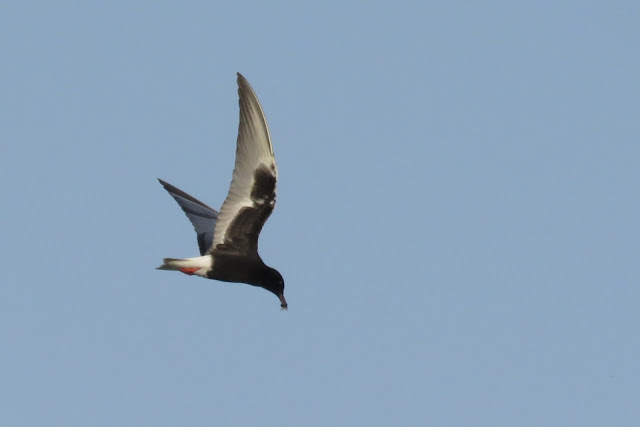 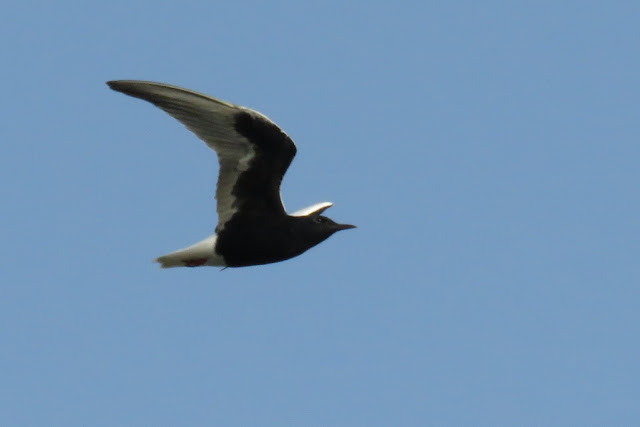 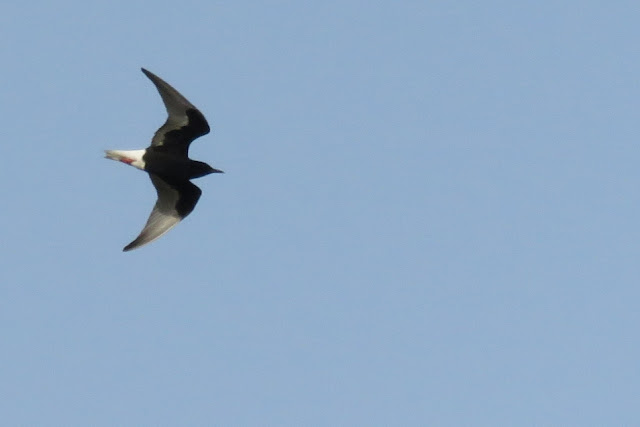 It was a magical evening with smiles all round and a wondrous introduction for Mike and a ‘good to be back' day for Len.