This was meant to be a lazy day but try as I might that does not seem to happen for me on this most magical of islands. Kruper's Nuthatch was my priority for the morning as the Achladeri birds had not been playing ball and so we headed back up to Mikri Limni. It was still and calm and actually a little cool and we were greeted by the sound of Short-toed Treecreepers. Not fifty yards up the track I heard the beep call of a Kruper's and thankfully managed to get Mike onto it briefly as it poked around the for cones before it tooted once more and scarpered. We spent an hour in the woods but did not hear another sound from one. The incessant cascade singing of Chaffinches filled the trees in some sort of weird surround sound experience. The Mistle Thrush family was still around and Little Grebes trilled from the lake.

From here we tried another site to the east but with no joy although a singing Robin was a nice find away from Agiosos. It was then down to the Poli Pans which were almost devoid of birds - even the Flamingos - before spending some time listening at the various groves on the way back through for Olive Tree Warblers that are quite clearly not in yet and marvelling once more at the Poppies and Glads. 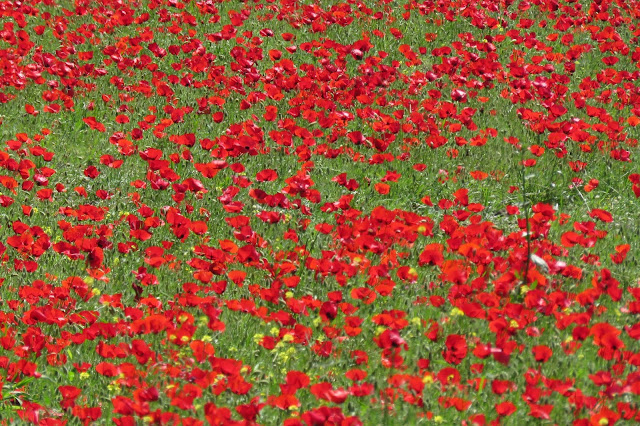 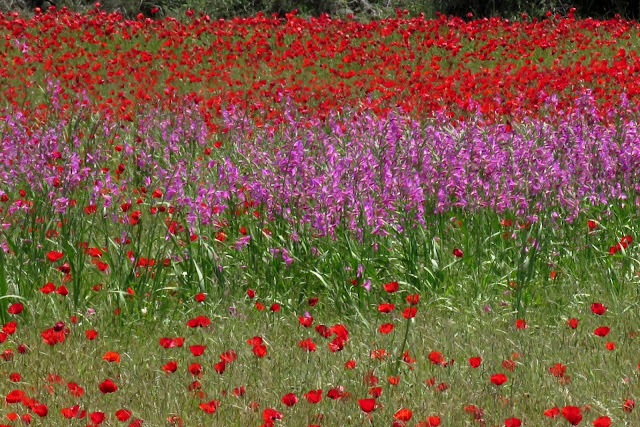 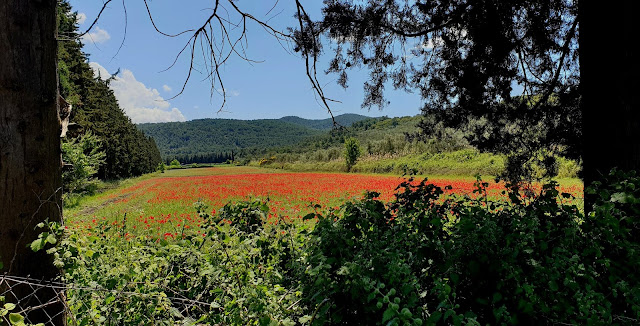 The way back took us past Achladeri again and we tried a different track where calling had been heard. Frustratingly we found the right spot and immediately heard the tooting before it flew off into the distance.  They were indeed nesting here but it took nearly a week for other visiting birders to pin them down.  A pool by the ford held some vivid Balkan Marsh Frogs along with several delightful Odalisque.

Lunch was taken back at the Pela where a heart stopping thunderclap disturbed everything off of Kallonis Pool but it was a lonely, solitary rumble and was not joined by any others despite the towering clouds piling up around us. 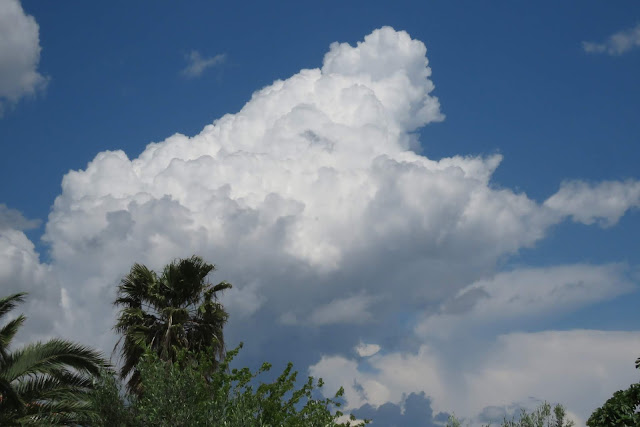 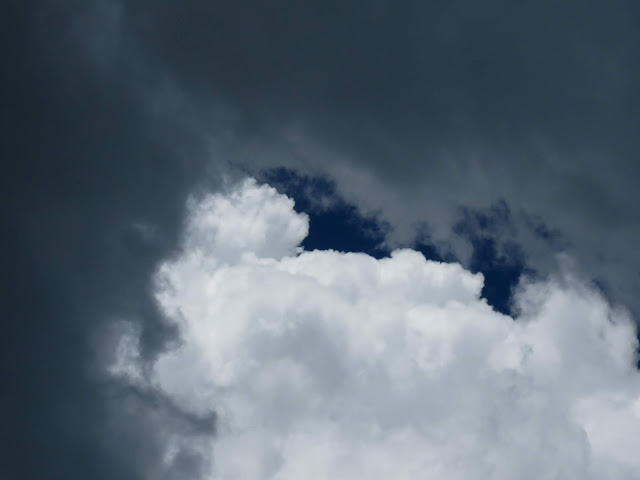 It was then off to Skala Sykaminias for an afternoon ice cream and a wondrous performance from a swishing Dimitri. 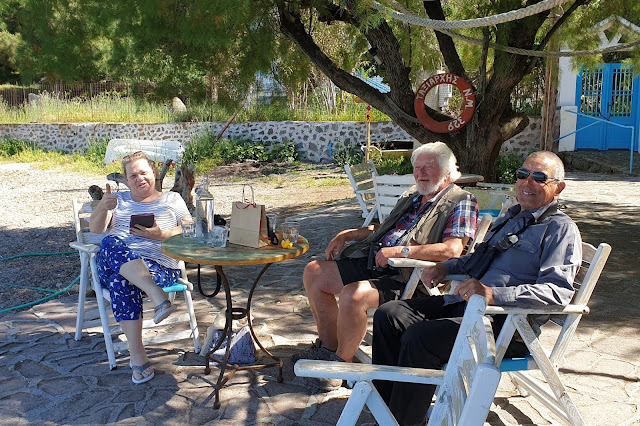 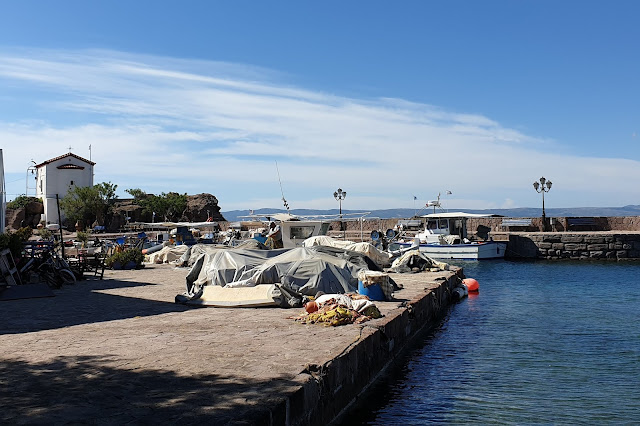 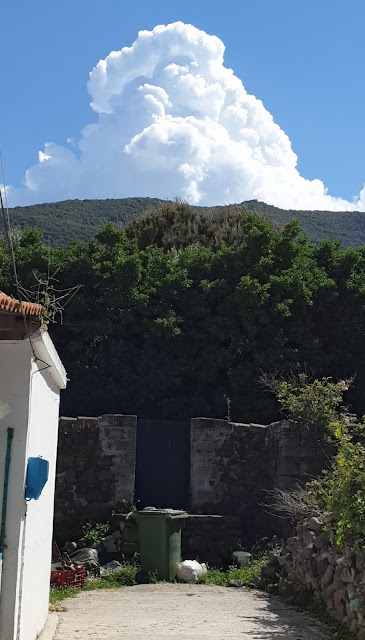 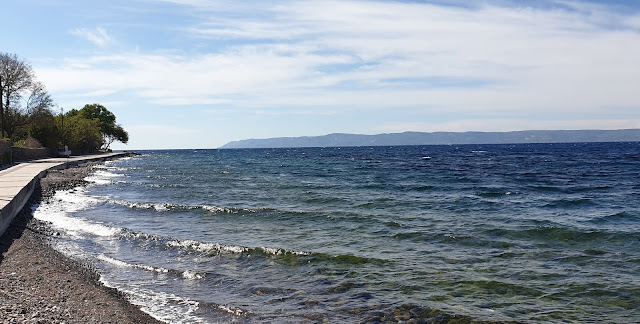 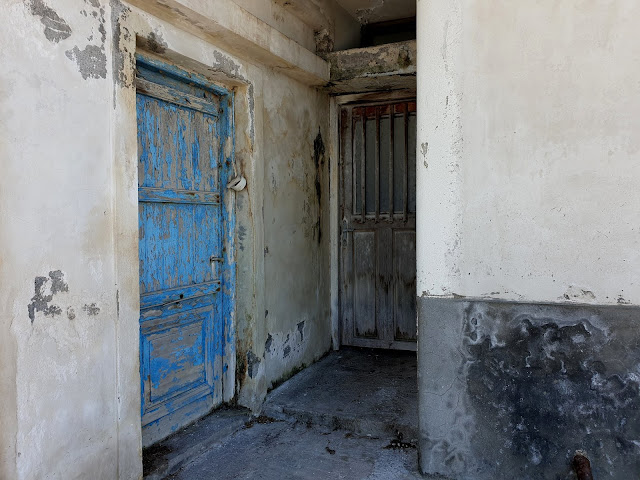 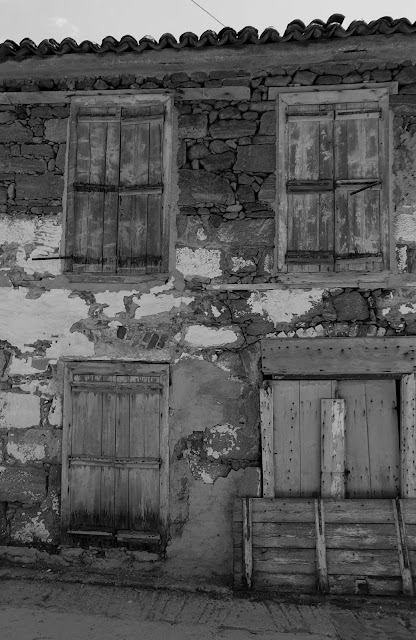 We then took a slow drive along the North Coast track most to give Mike a chance to see the superb views across to the minarets of Turkey across the strait. I was hoping to see some Shearwaters but had no joy.  I was explaining to Mike how this was the main entry point for the regugees heading out of Turkey and about the piles of life jackets and dead inflatables that lined the shoreline during that time.  It was slightly worrying to see seemingly fresh life jackets up on the beach. Perhaps some immigrants are still slipping through undetected or were just reminders of past attempts that have recently come ashore having been adrift...

On to Perasma in the early evening sunshine in the hope that the Great Spotted Cuckoos would miraculously appear with no waiting required which is basically what happened. I heard a Common Cuckoo singing up the valley and picked up a bird flying down the road towards us. One became two and both became the Great Spots! They even did the decent thing and perched up together for a better view. The local Hooded Crows were definitely on edge...
Short-toed Eagle, Long-legged and Common Buzzard circled above us and 14 Ruddy Shelduck were on the reservoir.

Our last stop before dinner in Anaxos was at Kavaki where the world was a peaceful and tranquil place with no wind and barely a sound. A fishing boat rounded the headland and was covered in gulls and a quick scope revealed at least 40 graceful Scopoli's Shearwaters foraging and plunge diving on the scraps being thrown overboard. It made such a change to see these graceful seabirds so well, gliding effortlessly on lightly bowed wings. As they deemed one boat getting to close to Petra they wheeled away and joined the caravan of gulls around a second vessel chugging into harbour. Yet another memorable Kavaki experience.

Dinner in Anaxos meant more of Costas pizza and an on form Alison before leaving with the Barn Owl wheeling around the restaurant and a Scops Owl 'pooping' from the hillside. The wiggly drive home precluded any nodding off at the wheel.
Posted by Howard Vaughan at 14:42