A lazyish day... the usual pretence of early morning calm actually gave way to the real thing and by the time I arrived at Kavaki (after a Scops Owl and Middle Spotted Woodpecker at Sourmaria) it was glorious and warming nicely. This is one of my favourite views down the coast towards Gavathas with Ipsilou poking into the blue. 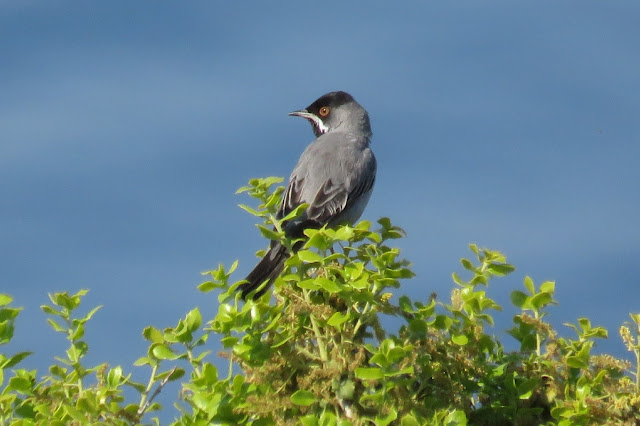 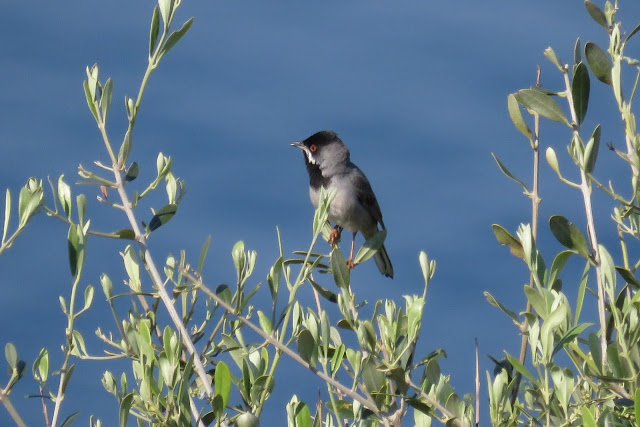 Ravens tumbled past and Blue Rock Thrush, Cirl Bunting, Turtle Dove, Rock Nuthatch and Black-eared Wheatears sang from their chosen sentinel song posts and a large female Peregrine surveyed the scene while Chukars called around the restaurant.  It was nice to feel warm for the first time in six days. 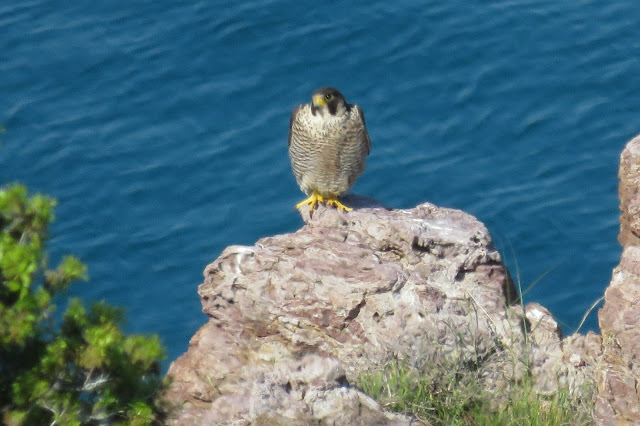 A pod of Bottle-nosed Dolphins were loafing on the surface some way out towards Nisida Petra and a party of 14 Yelkouan Shearwaters flew into the bay close in shore while an adult Audouin's Gull headed the other way towards Molivos.

There were plenty of vergeside flowers but there were only one or two Eastern Dappled Whites amongst the faded Painted Ladies and insect numbers still felt very low.

On to Perasma Reservoir which was incredibly full but almost devoid of life and a pair of Sombre Tits, Lesser Whitethroat, Reed and Sedge Warblers around the edges were all I could find. A Glass Lizard slid off the road and Green-eyed Hawkers, Vagrant and Lesser Emperors zoomed around.

The coast road eastwards added roadside Wrens, a Robin and a singing Woodpigeon before we dropped down towards Skala Sykaminias with a slight deviation to the beach at Kagia where lunch was had watching Yelkouan Shearwaters plunge feeding just off shore and two male Sardinian Warblers sang from the scrubby headland.

We had ice cream in the village and said hello to Dias the macaw before tackling the north coast road back towards Eftalou.

It was predictably quiet but pleasant although the northerly breeze was trying to return from Turkey across the strait but there were a few butterflies in sheltered spots on Chamomile, Mayweed and Hairy Lupins. 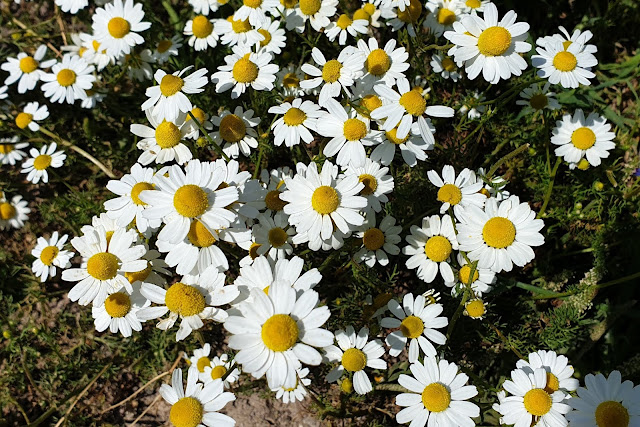 At one of the low points where the track meets the sea, the beach was energetically steaming where it met the water and twenty minutes of thermal foot spa ensued before going on our way. 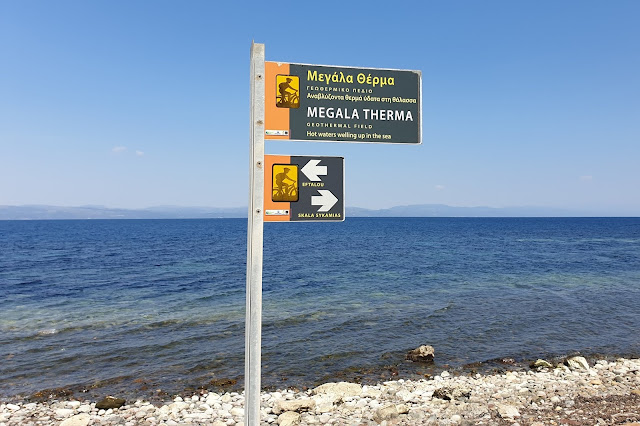 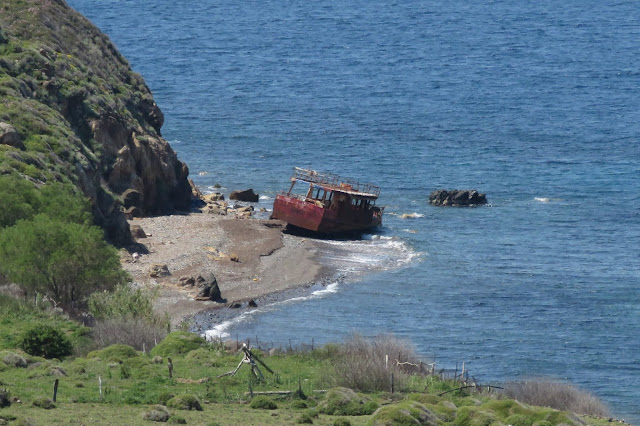 The late afternoon was spent having a proper Greek style siesta but there was still time for a quick look at an Eastern Tree Frog, Dark Speadwing, Squacco and Great White Egret on the Kallonis Pool before heading back up to Anaxos for pizza with Alison, Costa, Sandra and Ray... 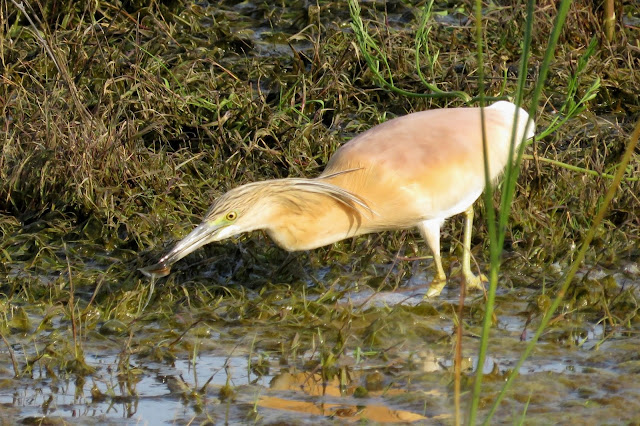 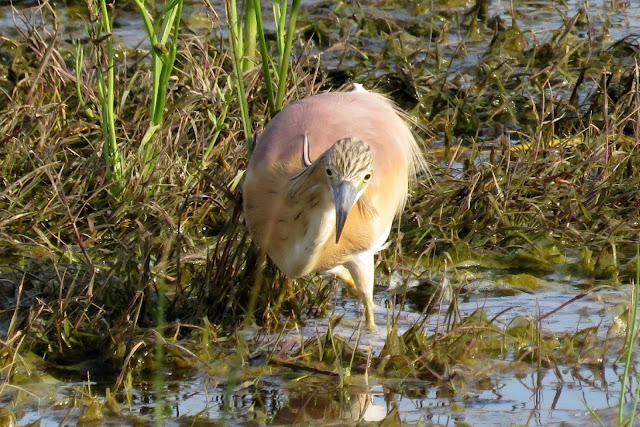 I had my main beam on most of the time on the winding journey home from Anaxos in the hope that I may chance upon a Beech Marten at last but no joy with just a couple of Foxes, several cats and a long-tailed bouncy rodent that hopped across the road which it would appear (following a FB video post by Frank) to be a Eastern Broad-Toothed Field Mouse, Apodemus mystacinus.

The Scops Owls were calling upon our return and the Barn Owl gave us a welcoming screech as it flew through the gardens...
Posted by Howard Vaughan at 13:56