It was thirty years ago today that a little brightly coloured American warbler that, having appeared on the national BBC news a couple of days earlier, drew myself and the biggest congregation of birders ever seen to a new Tesco's car park and housing estate at Larkfield in the Medway valley in Kent. It is strange how memory plays tricks on you with what actually happened on that misty cold day and so I this evening I dug out my journal from that time to re-live the day all over again. Even then I was quite verbose and energetic in my writing...


How many people would turn out at Tescos for the Golden winged Warbler? We arrived just after eight and there must have 600 or so by then in the supermarket car park. Everyone was there. We (myself, my dad and brother and Paul Hawkins) spent between then and 9.30 eating M&Ms and watching an immaculate male Waxwing when the people in front of us started running, so off we went but after a 100 yards we were stopped by the shout of ‘false alarm’. We were just starting to walk back when they set off again. Can you imagine the crowd of now at least 2500 mad, tripod wheeling twitchers, birders, birdwatchers and dudes stampeding down the main road of a usually quiet secluded new housing estate of neat front gardens and cul-de-sacs? No I don’t suppose you can!


Every now and then the crowd would slow down as the bird shot into one cul-de-sac only to appear behind them in another. This allowed us at the back to make a dash for the front and we sped off after the little dot.

The local drivers were somewhat unsympathetic to our needs and careened towards us with fingers flying and horns blowing expecting us to part like some Biblical sea of Barbour which is basically what happened with the odd clink and clunk as tripods and cars came into close proximity.

But birder behaviour was actually very good and only the odd person strayed into a front garden where there were immediately chastised by the crowd while one resident physically removed a chap from his garden to shouts of ‘Brian Clough’ (Eds... may have to look this one up).


After several very poor views in flight where it resembled a warbler shaped Blue Tit with a whacking great wing bar, we managed to get several good views including one via the top of a garage (Eds...  I don’t remember climbing one so it must have been on the roof) and another in a front garden.

We and the bird had been on the move for over an hour now and our adrenaline was pumping like mad. Eventually he came to rest in the gardens behind the car park – in other words back at the start. Dad hadn’t moved and was standing there when the bird landed in the garden in front. Fortunately being in the front of the hoard at this point meant that I too got great views as he worked his way along a trellis. There was spontaneous applause!

Within five minutes every birder had congregated outside the back of this house filling the road and both pavements, the grass verge and any other means of seeing the bird including stepladders, tripods for standing on, bicycles, garages and up lampposts. 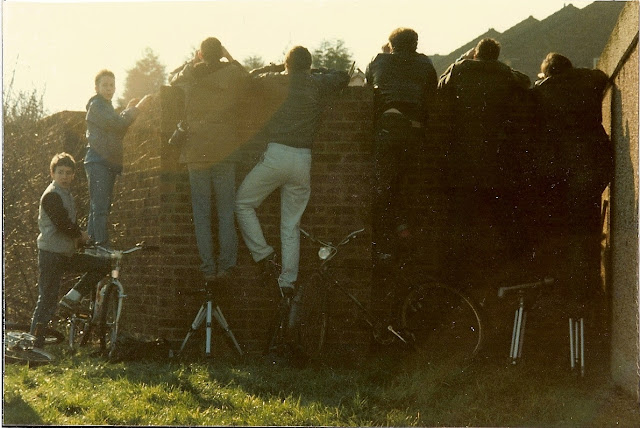 The thought of hi-jacking the double-decker bus outside the house and using the top deck did spring to mind but the driver was too quick and closed the doors straight after leaving the bus stop (Eds... isn’t it strange that in my head I have always pictured that birders did indeed storm the ‘Don’t Miss It’ Bus for a better view...) 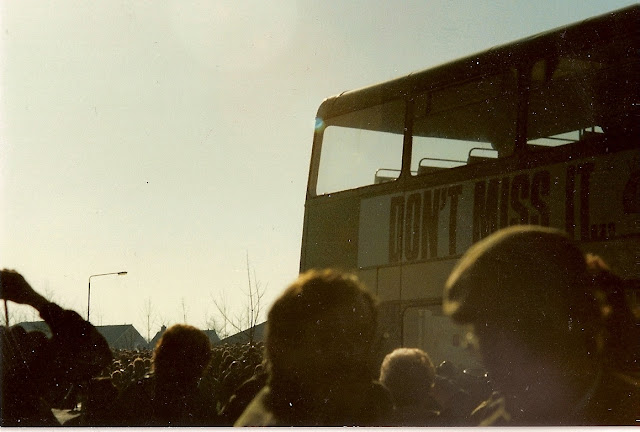 The general consensus of the birders present was that it has to be not only one of the birds of the decade but certainly the biggest and most chaotic twitch ever.

This first for the Western Palearctic became my 302 British species and my second new WP tick in the space of a week after the Billingham Double crested Cormorant on the 5th February which was my 300th species.  My 301st was Black Grouse on the way home from that epic twitch. 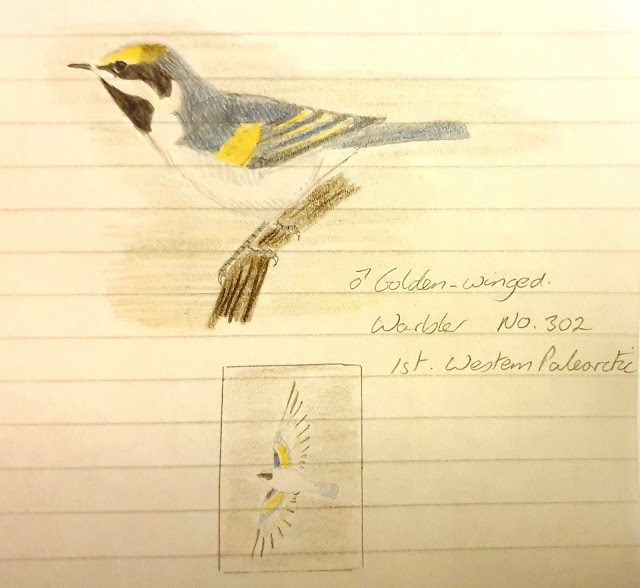 A post lunch Great Grey Shrike around the gravel pits and my best ever views of the Stodmarsh Glossy Ibis rounded up the most nerve wracking, exhausting twitch I had ever been on.

Postscipt: I returned on the 2nd April on a gorgeous spring day with Paul Hawkins and his dad Roger and we got stunning point blank views as it fed in the bushes around the car park with just a few birders in standing round in awe.

A bit of Googling even found me this little video from Alan Tate... magic...


And so here I am in 2019 with a British list some 200 or so higher than that magical day in 1989 and although I may not twitch to the four corners of the country like I did back in the day I still cherish those heady days of new birds and new experiences week after week.

My passion for birding has evolved and perhaps been tempered over the ensuing thirty years and after nearly twenty years in the conservation sector, I feel lucky to be able to call my hobby my job and work at a place where I cannot fail to find something to avian to catch my eye even on the gloomiest of February mornings...

Posted by Howard Vaughan at 22:26 No comments: