It was not quite as early a start as intended but the start of the Eresos track was reached before nine. It proved quiet to start with bar the Olive Tree Warbler by the first chapel until we reached Meladia where Red-backed Shrikes started to appear. Black-headed Buntings were more evident and two Lesser Grey Shrikes were around the two trees.


The fig grove produced a fine perched Bee-eater and a multitude of Spotted Flycatchers along with the first Collareds of the day. An Icterine Warbler popped out briefly and a couple of Orphean Warblers were in full song but did not manage to drown out my second Marsh Warbler of the trip that was singing behind the line of sumac trees. 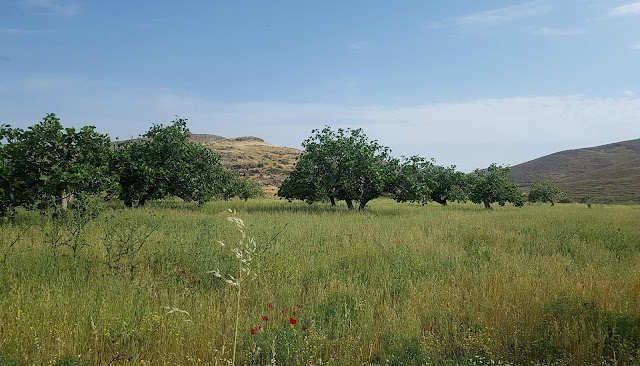 The Bush Chat was still on territory and three Turtle Doves flew up valley but the Stable Flies were persistent in their love for my lower legs so I ambled back to the car where a nice bit of cloud cover provided the opportunity to pick up raptors and a very productive forty minutes produced Honey Buzzard, Common Buzzard, two Short-toed Eagles, two Marsh Harriers, three Eleonora's Falcons, two Kestrel, two Lesser Kestrel and a Hobby!

Three huge Glass Lizards tussled with each other and Snake-eyed Lizards skittered around while a Rock Nuthatch actually stopped for a few moments on a post to pant in the heavy air. Corn Buntings and Crested Larks were comin g down to drink at the ford.


Down at the Meladia Chapel the stench coming from a freshly flowering Dragon Lily caused me to move my car up the road a little way. Properly feotid and needless to say attractive to Greenbottles!

Several Pallid Swifts were seen with both Common and Alpine and a juvenile Sombre Tit was seen well at last.

The Little Owl was on his usual post before the Sanitorium as we dropped down towards Sigri with the Red-backed Shrike tally already on 43 and a Nightjar invisibly churring at midday was a bonus but try as I might I could not find him.


Lunch on Faneromeni beach provided a breeze to temper the heat, with Golden Orioles for company. The garden here was full of birds and the two fruiting mulberry trees were an obvious magnate with seven Golden O's, Spotted and Collared Flycatchers, a brief female Red-breasted Fly, Blackcap, Icterine Warbler and a very showy Bush Chat that sang his way round in circles.


The heat was oppressive so it was time to head back before hitting the Kalloni salt pans after a cup of tea.  Four Night Herons were loafing in the Tsiknias as we bumped through – they have been quite tricky this year and an Olivaceous was surprisingly accommodating.


The White-winged Black Terns were hunting the channel and affording breathtaking views with a shiny Glossy Ibis with a wonky leg along the edge. 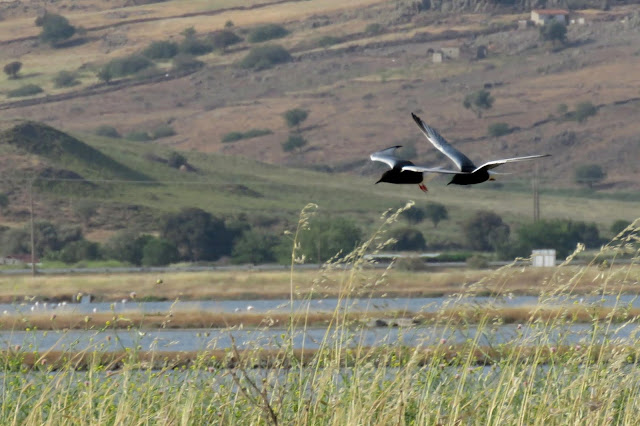 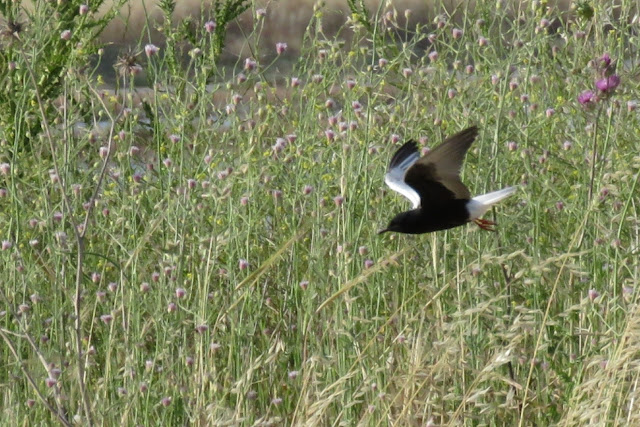 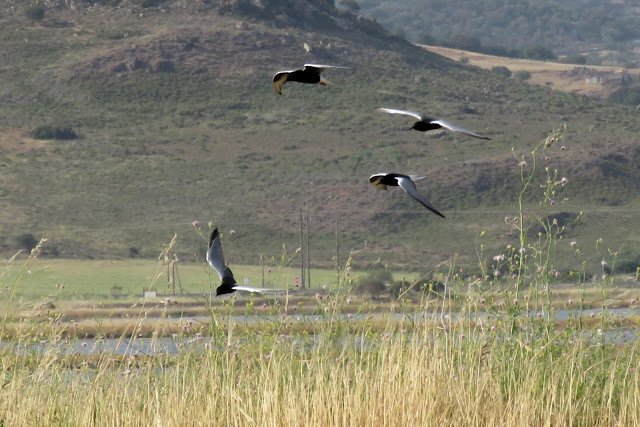 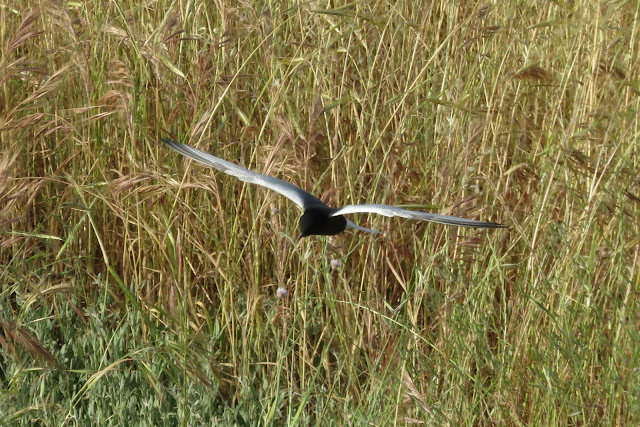 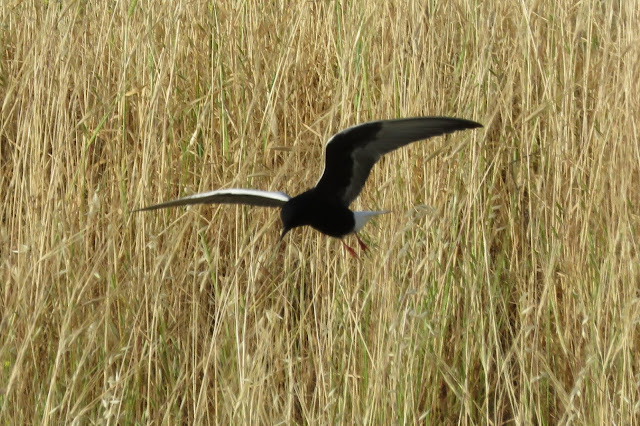 The Spur Winged Plover and female Citrine Wagtail both appeared on the now almost dry Alykes Pools but there was one last treat to be had.


Gina and Steve had asked me to refind them the early Rose Coloured Starling on my way back to the hotel as all of us are on the island too early as a rule for this eruptive species and as I approached the lower Tsiknias Ford what should pop up on top of the Mulberry there? A vision in pink and black...  I leapt out and grabbed a picture before it dropped into the trees where I could hear it noisily singing to itself. I got the news out quickly and left others looking for it and called it a day with a smile...