With nothing to lure me off to the coast I decided to attempt a Medway river walk but with no firm route in mind for which circle to take so I headed off towards Strood and then over the river and into Rochester before following the path south towards Borstal and the M2 Bridge.

It had started off quite bright but I could see the clouds darkening in front and almost turned back at that point but the sight of a smart Scandinavian Rock Pipit calling at me from the guttering of the flats made me smile so I pushed on seeing three more before I got to Baty’s LNR.


The river was very high and had just turned as I made my way through the boatyards and the first droplets were pinging off me and I could hear them hitting the Sycamore leaves above.  I would soon be under the bridge in the open so kept my fingers crossed that it would hold off. 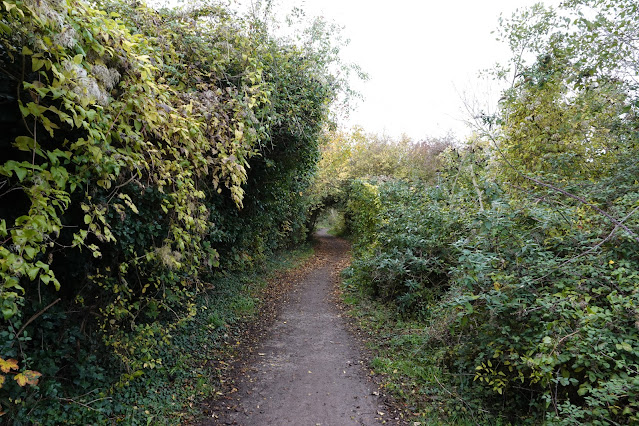 Thankfully it did as I emerged onto the natural river bank where I spent the next couple of miles or so slip sliding away but without any observable mishaps. 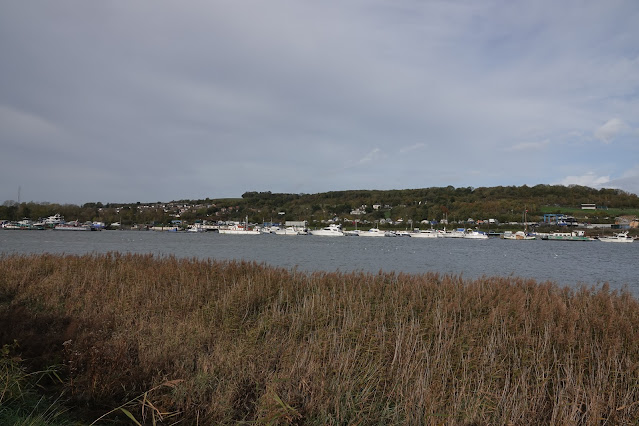 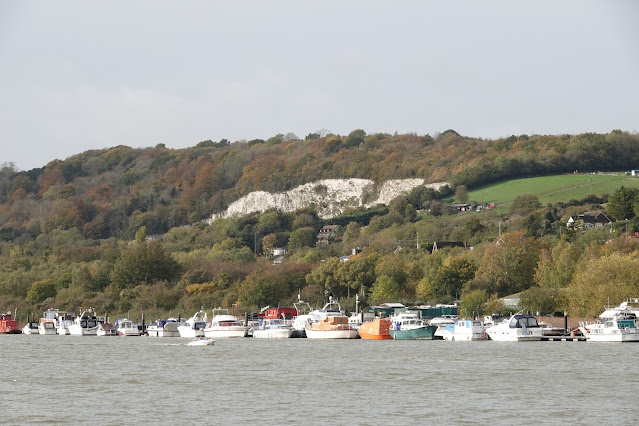 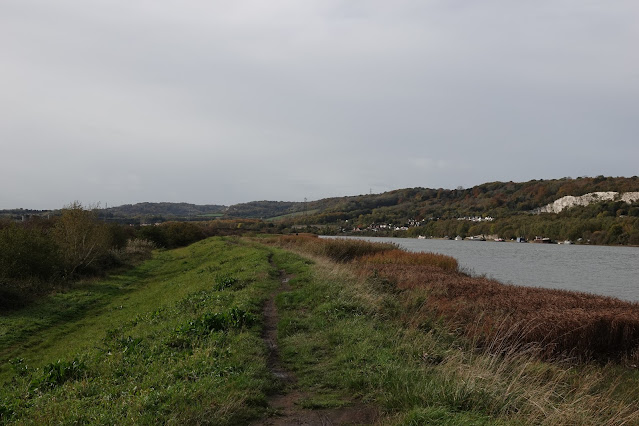 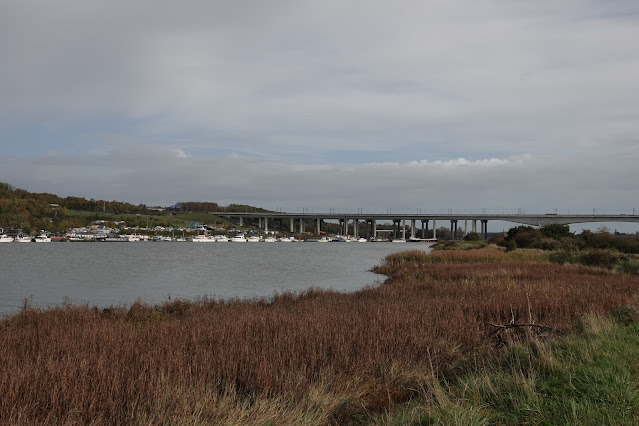 Once again I had it in my head that I must have a chance of Stonechat and my scanning of Lesser Reedmace filled ditches eventually gave me my rewards for heading out on such an unpromising day.  A pair zipped up and down with Robins in tow and about half a mile further on I found another pair – again with Robins in attendance.

The river was devoid of anything except a few Black-headed and Common Gulls but at least there was a flock of 27 Lapwing out on the damp meadows for the first time. Cetti’s Warblers shouted at me from the ditch and Robins and Wrens ticked and a grey looking Song Thrush was gorging on Sloes while two Water Rails squealed from the riverside reeds.


The EA were remote mowing the banks and at least the Green Woodpeckers thought that this was habitat improvement. I walked into Wouldham and then out and over Peter’s Bridge to take me back to the west side of the Medway. Again there was not even a Mallard or a Moorhen on this impressive looking bit of the river. 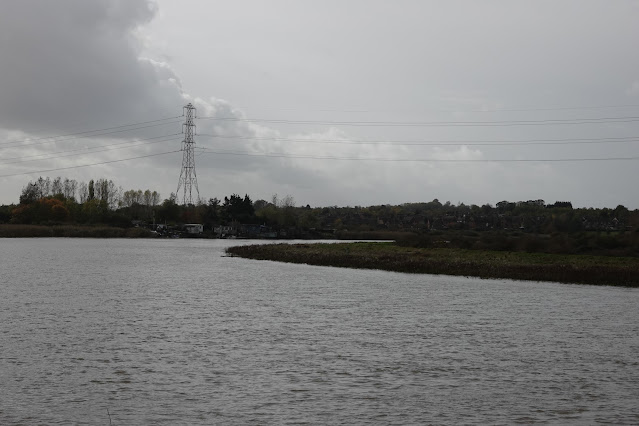 Once up at the Cuxton Road I chose the footpath directly off the main roundabout and was immediately deafened by the roar of shotguns and the whirring of Pheasants and Partridges. The Tweed and Black Lab Set were out enjoying a bit of autumnal ‘sport’ and birds were falling out of the sky around me.

I picked up my pace to get past them and had several Red-legs and Pheasants seeking sanctuary on the path in front. One crash landed and did not fly when I approached. I picked it up to investigate and was not overly surprised to find both legs shattered and almost severed so I did the only thing I could do and ended it quickly. Poor thing – bred, released, mutilated. 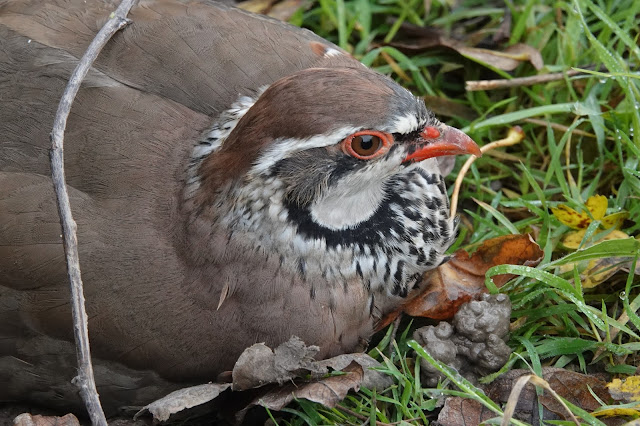 The grey had descended and matched my mood as I followed this straight path up through the chalk. Occasionally I found bits of old railway and suspect it was a line from the massive wooded quarry to my left back down to the main line and river below. I heard at least one Golden Plover but could not see it but my spirits were lifted in Upper Halling were three of the local Ravens came and tumbled over the houses. Half roll and back – ‘kronk!’ One of them did this fifteen times while circling above. 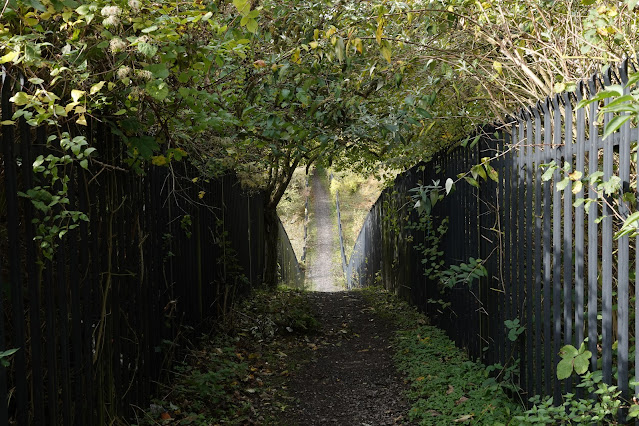 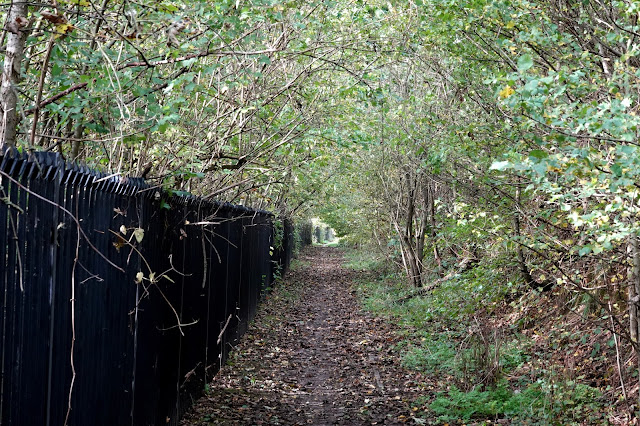 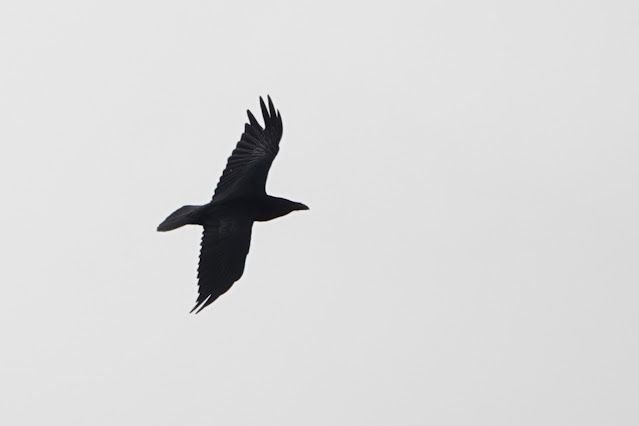 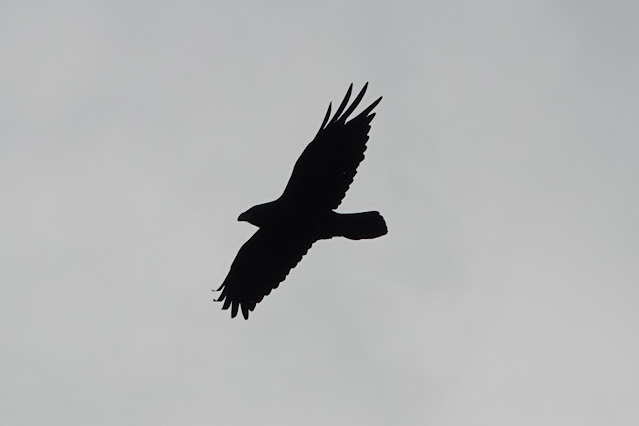 I was attempting to get up onto the North Downs Way and soon found the path up past the farm shop.  It was steep but wide with large raised banks each side down which ancient Yews draped themselves and I wonder if it is an old drovers road for bringing livestock and wood off the Downs. 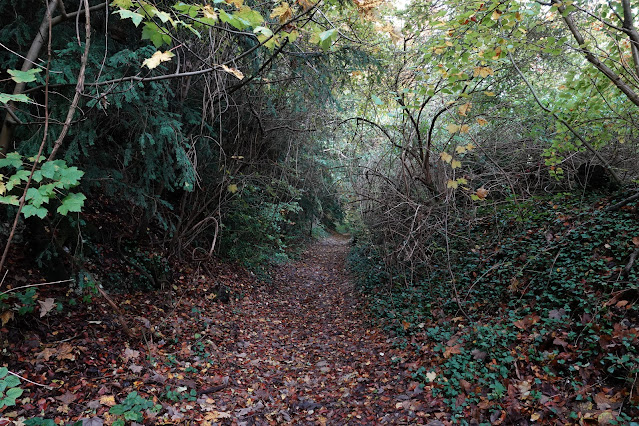 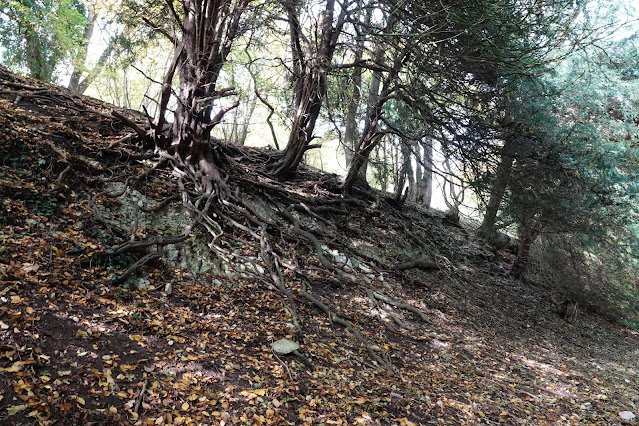 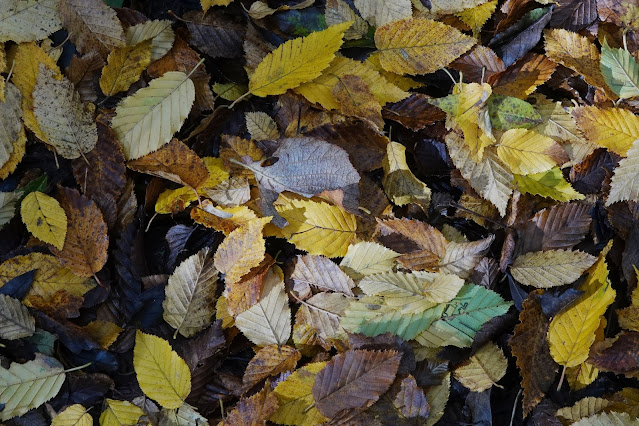 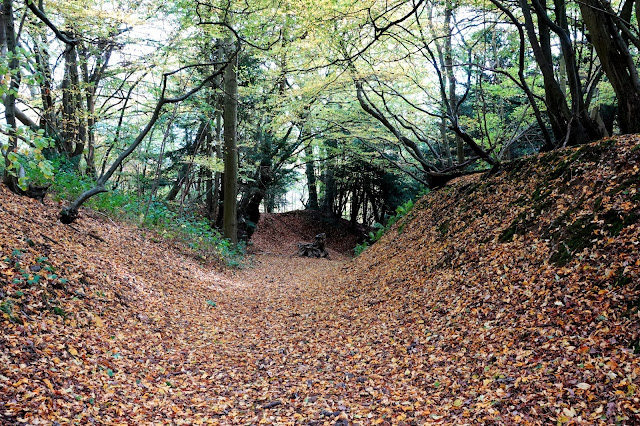 Goldcrests called with a Long-tailed Tit flock and I was pleased to hear two Firecrests before I got to the crossroads on the ridge top.  This was the point where I headed west on my spring walk but the miles were already piling up and decided to stick to the main drag back north towards Cuxton through Horseholders and Wingate Woods. There were so many leaves on the ground that at times the muddy path was barely discernible. I was listening for Hawfinches but the forest was lifeless. There is so much food available here with the seeds, nuts and berries and almost every native tree but on the entire route I only heard a single Nuthatch, three Goldcrests and two more Firecrests in the Yews where some Blackbirds were after the berries. 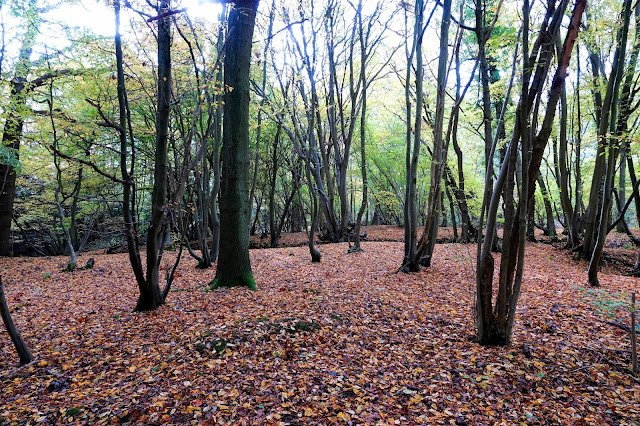 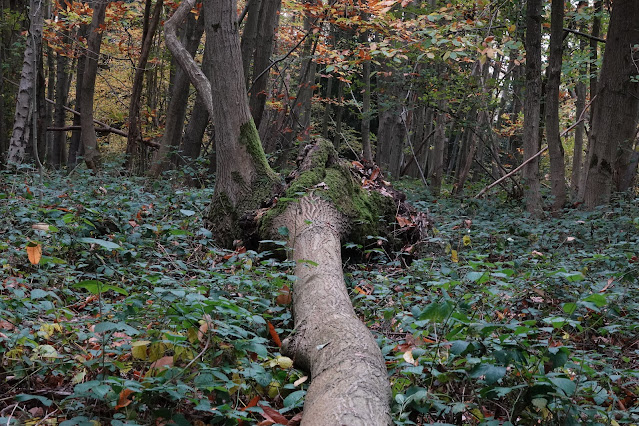 Ravens kronked invisibly through the canopy and a female Sparrowhawk and Buzzard briefly appeared. At the next junction I stuck to the NDW path which took me out of the trees and across a pasture valley and then back up into North Wood and before too long I appeared once again into an open valley covered in thousands of Vines growing in little green plastic net sleeves.  It was now raining quite hard and it was time for the poncho to come out making me look like some gigantic Halloween hunch backed Bat. 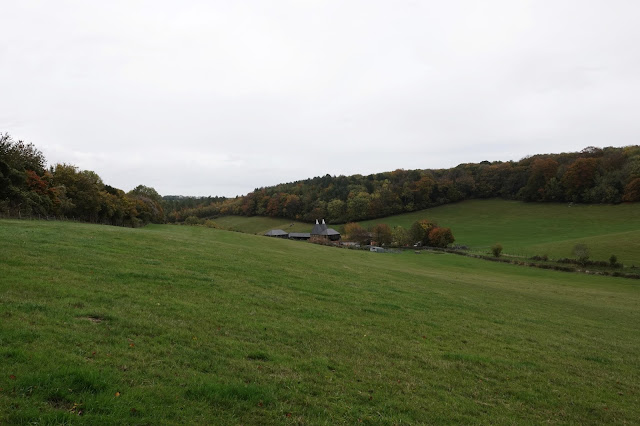 I sheltered by a lovely cottage at Upper Bush where the Nerines were putting on a superb display before crossing the road and uphill once again and through the railway tunnel and then up the even steeper climb through Brockles Field and into Ranscombe. 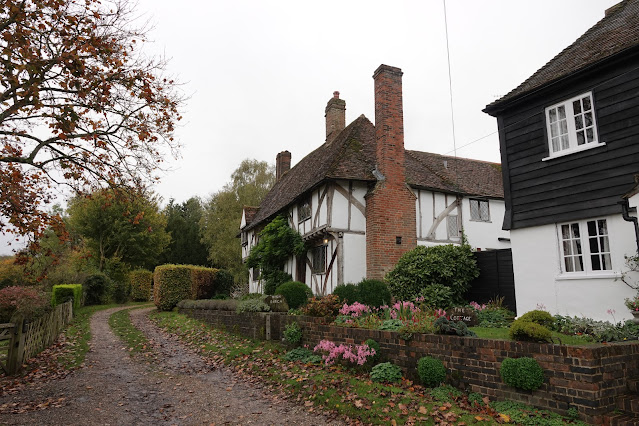 I had to pause for breath at the top despite no shelter and the driving rain but at least I was stationary when the four Common Crossbills gypped over on their way back across the valley to the pines on the west side of Wingate Wood.

I dropped down through Kitchen Field which was a little claggy underfoot and said hello to the heifers grazing there. I did check to see if any Blue Pimpernel was still flowering but only found Scarlet but there were still some Field Pansies, Fumitory and Field Madder in bloom.


There was one last hill to climb so I pushed on and up through the Chestnuts to the main Darnley Mausoleum trail where a right at the top saw me with a damp couple of miles to home through the silent woods but at least from here it is practically downhill all the way. 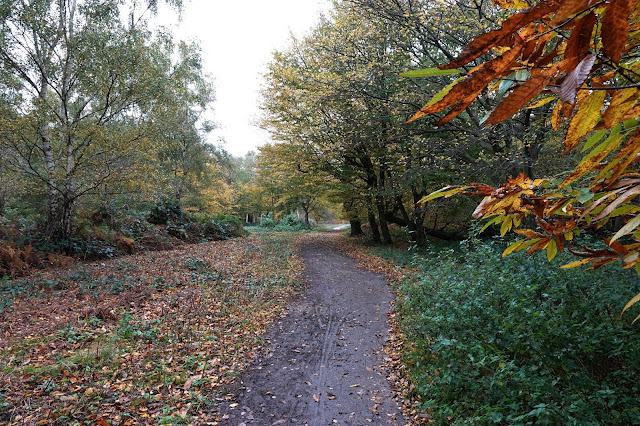 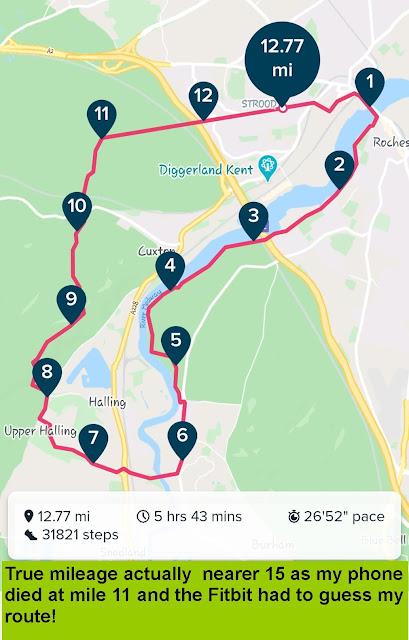