It dawned clear and bright and the bitter north wind appeared to have abated but by the time we headed out it had decided that we were all deserving of another day of long trousers and sleeves and in some cases hats and gloves.

It took two attempts to get parked at the north eastern corner of the KSP but the light was good and I wanted the chance to scan the pans without any haze. At least once a trip I tend to count the commoner species and so set about tackling the Flamingos (473) and rather impressive Common Shelduck flock (146). I was pleased to find the dabblers also still present and picked up 11 Wigeon, seven Mallard, four Shoveler, the drake Gadwall and a single drake Garganey. 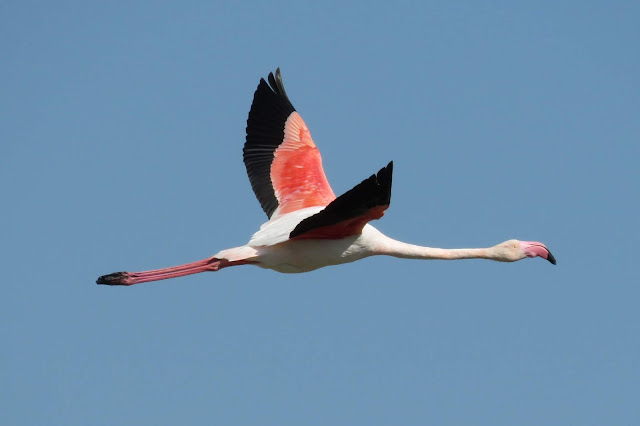 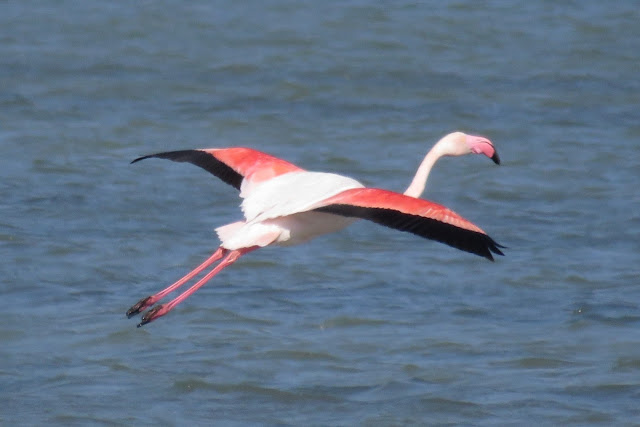 A Black Stork lumbered across the pans and 12 Ruddy Shelduck dropped in from up high while three Little Terns were surprisingly the first for the trip.

Four Gull-billed Terns patrolled and a single Whiskered joined the Commons in the channel and gave exemplary views on shining silver wings. They gave me my best opportunity ever to get some action shots of these delightful species. 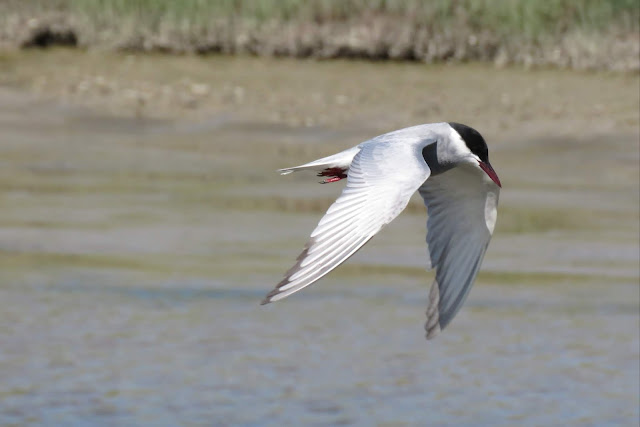 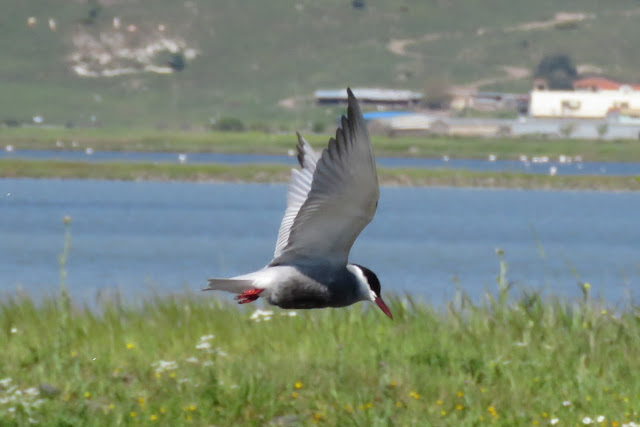 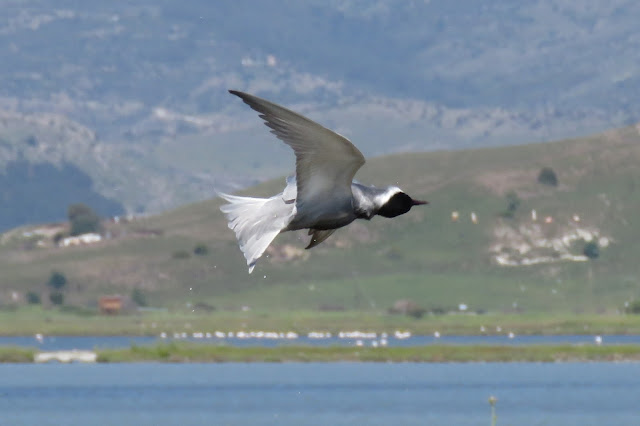 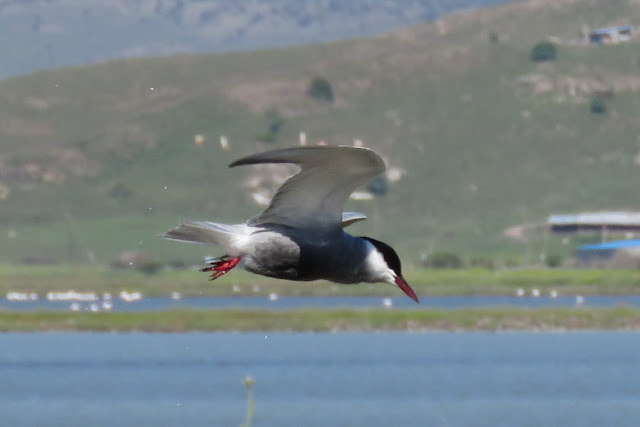 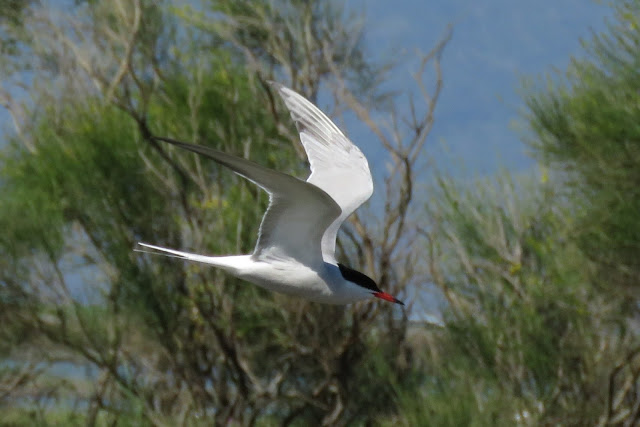 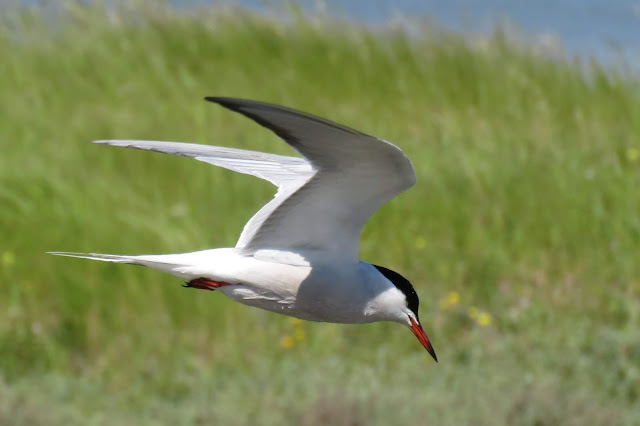 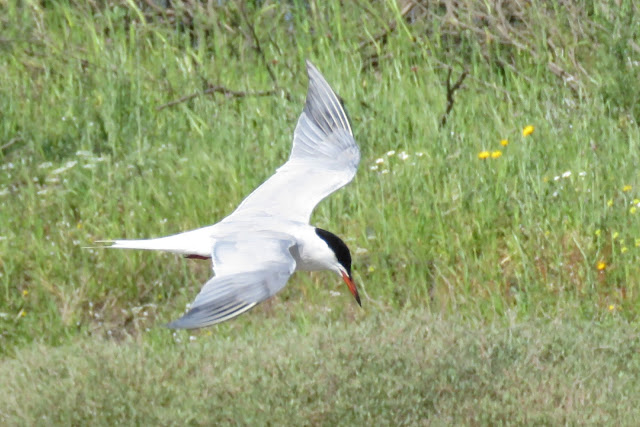 Twenty Med Gulls were noted drifting north and were noisily calling to each other. Most were snow white adults.


A load of noise from the Yellow-legged Gulls had my eyes upwards and locked straight onto a female Osprey which then flew right above me showing lovely golden eyes. Why gulls give them grief I do not know? 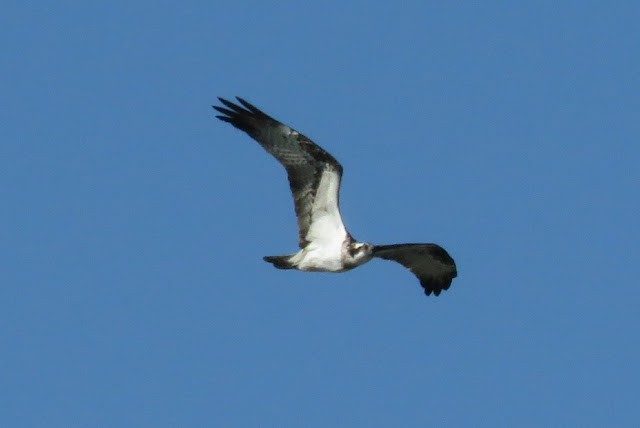 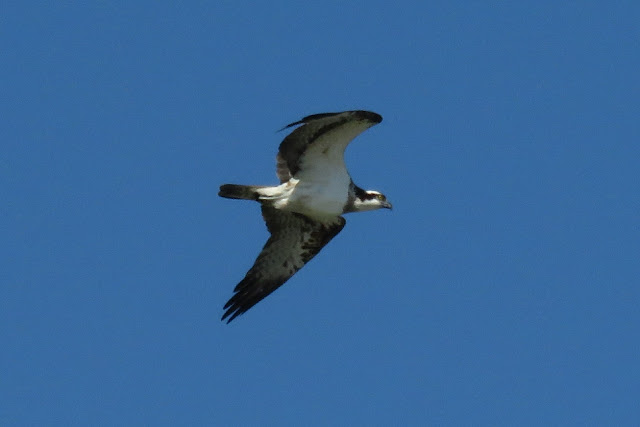 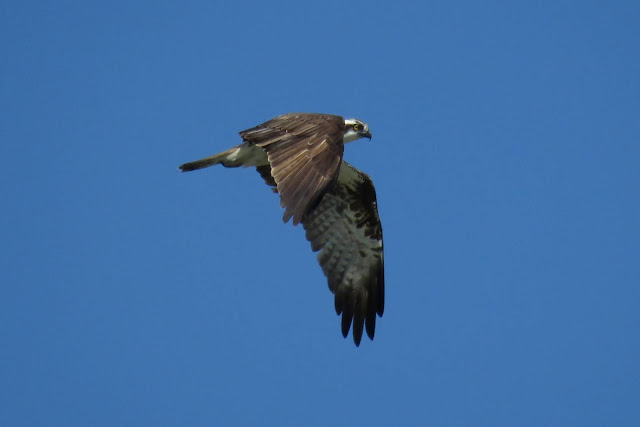 Common Swifts were making landfall and 260 headed north past me during my hour with a solitary Alpine that I discovered photo-bombing a Flamingo picture later on.

There were no waders at all in the channel and only a few flava Wagtails to be seen and I could hear Great Reed Warblers and a Hoopoe off towards the Olives. 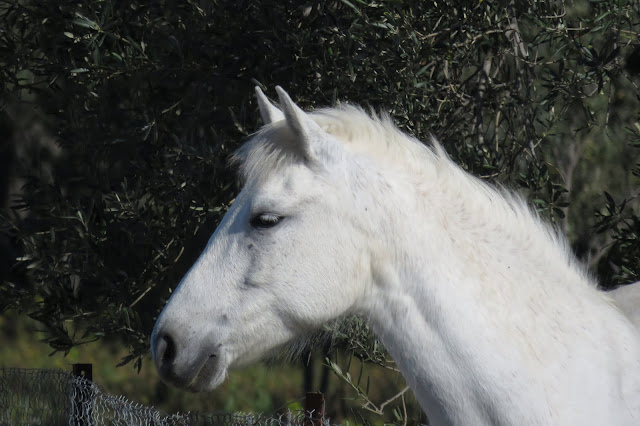 Coffee time back at the hotel and then up to Agriosikos for a leisurely walk along the track from Filia mast. Out of the wind it was a pleasant but not overly warm spring day but if it found a way through then it was cutting.

My amble produced largely what I had expected to find with eight chip chip trilling Eastern Bonelli's Warblers, Middle Spotted Woodpecker, the funky little bibbed Long-tailed Tits, Coal Tit, Masked Shrikes and Subalpine Warblers. A Mistle Thrush was a good find and a furtive Robin in shades of grey and orange was my first ever here.

Back near the mast a Wood Nuthatch appeared in the same oaks I have seen them in previously. This is the most tricky species to see here. 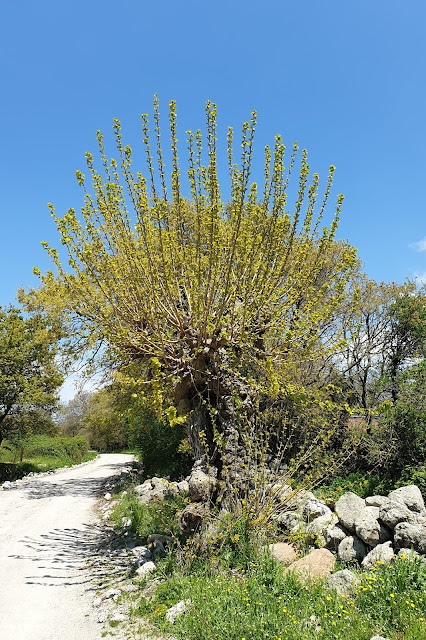 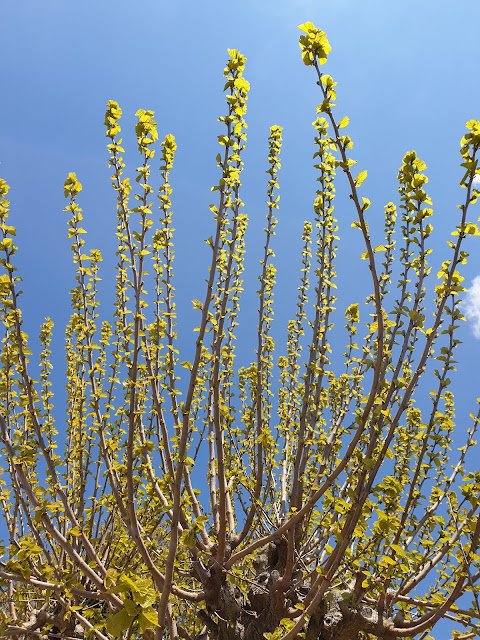 Painted Ladies were still the commonest butterfly but I also saw Eastern Festoon, Brown Argus, Small Copper and Orange Tip as well as a host of hoverflies, solitary and bumblebees and other flies. If only it had been warmer as I suspect the magnificent floral display would have been heaving with life. 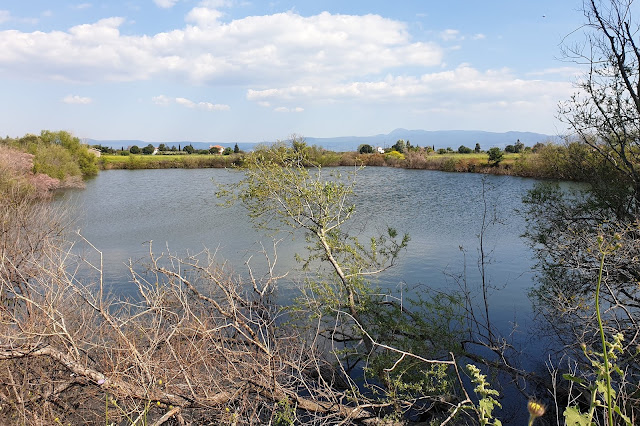 There were a few new waders were on offer at the KSP with two Black-tailed Godwits, Ringed Plover, four Kentish Plovers, seven Little Stint, five Curlew Sandpipers, 13 Marsh Sandpipers and 10 Ruff all on the same pan.  A cryptically hidden Stone Curlew was disturbed from its nest by a Hooded Crow and gave chase.

News of 19 Ferruginous Ducks on the sea off the Alykes old pier sent me scurrying that way but they had been spooked and flown off. Six Great Crested and a single Black-necked Grebe were off shore but no diving ducks and a male Montagu's Harrier distracted me as it flew along the beach. Fortunately they had not gone too far and after appearing in the glare of the sun about half a mile away they did the decent thing and flew and landed right in front of us with eight Garganey in tow to add some extra flare and round off a well spent and fairly relaxing local day.