Adventures across the moors above were somewhat curtailed by the weather and my various Dipper searches on some stunning sections of the Dart were futile although as ever Grey Wagtails kept me going along with a lone male Beautiful Demoiselle. The section around Huccaby was especially pretty with lazy Brown Trout holding steady in the clear but peaty water and more lovely ferns amongst the boulders including patches of one of the Polypody species. 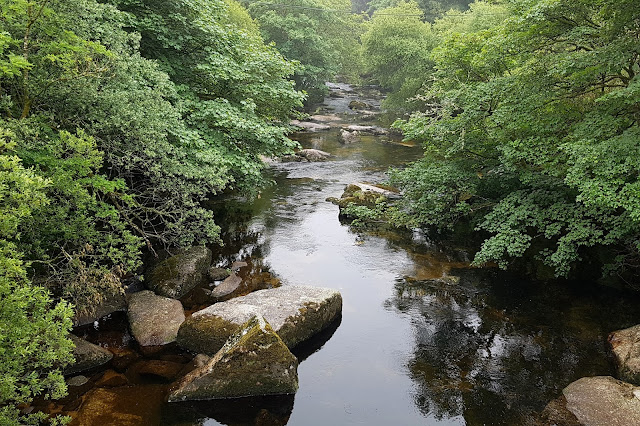 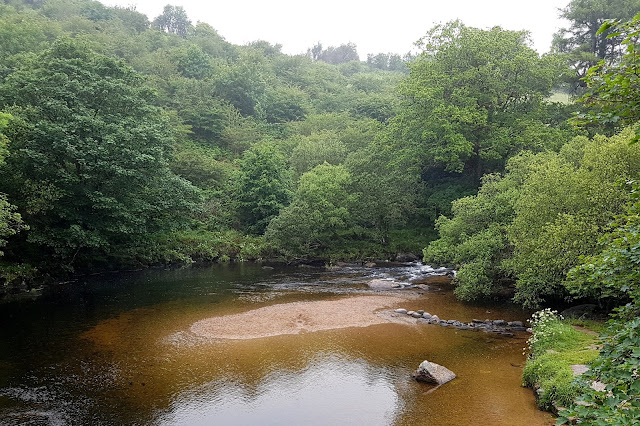 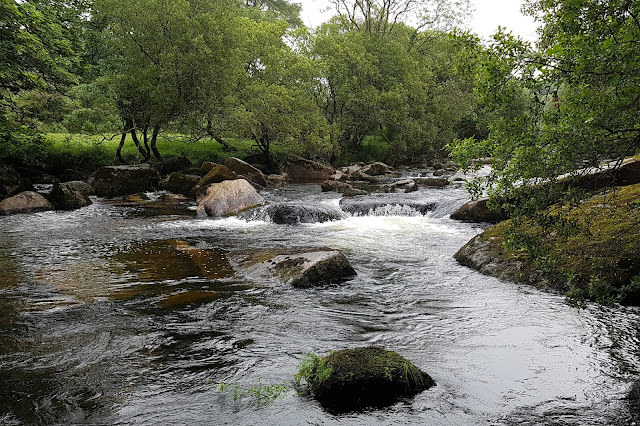 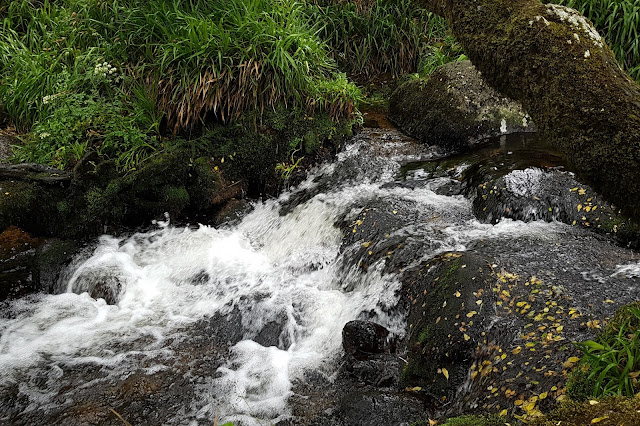 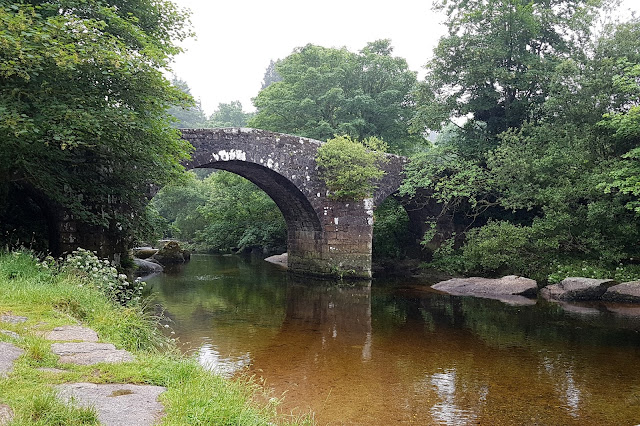 A cow was encountered mid road as we crossed the dam at Venford Reservoir where several Rhododendrons splashed vibrant colour across an otherwise grey and drizzly scene. 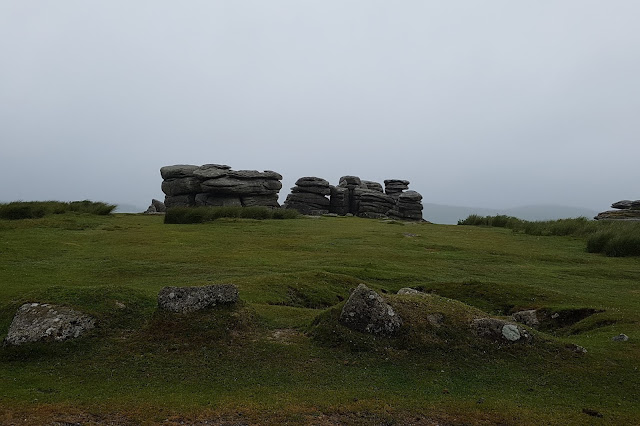 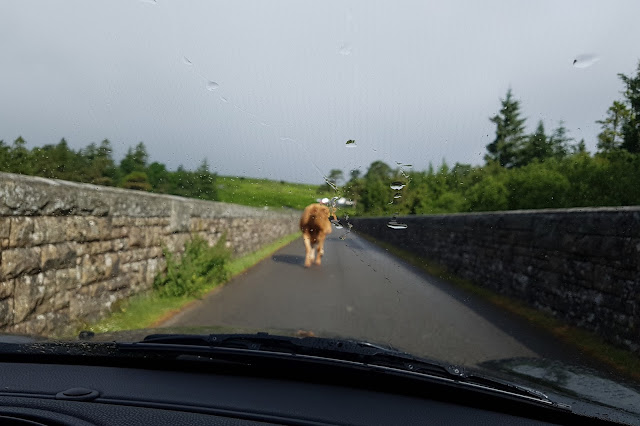 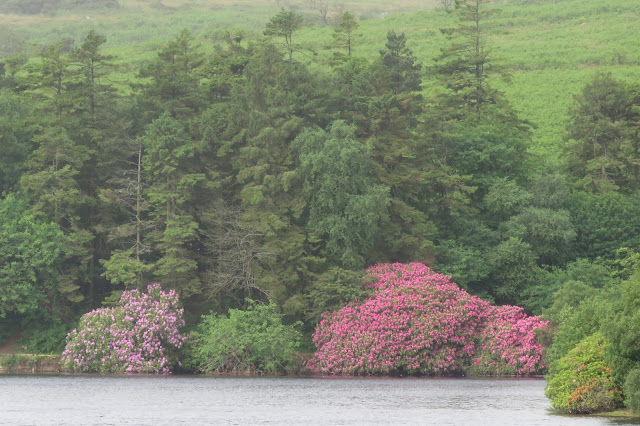 The weather forced an a retreat from the uplands and a journey down through Plymouth and then towards Kingsbridge but although we were out of the murk the wind had picked up and I aborted a visit to one of the headlands and spent an hour searching the for beach flora and inverts at Slapton Ley which produced several nice coastal beach species in close proximity to each other.

It was so windy that getting near any flies was a real challenge but I did find Eristalis tenax and arbustorum, Eupeodes corollae, Syrphus ribesii and Episyrphus balteatus and a couple of Meliscaeva auricollis – one of which actually opened its wings for me for a change. There were no big dragonflies and just a multitude of Common Blues and a few Blue-tails amongst the Damsels.

Great Crested Grebes, Coots, Tufted Ducks and Mute Swans seemed to be the only birds on the Ley with all three hirundines and Swifts zooming over them.


The Monday saw another moorland crossing in slightly better weather that afforded some scenic opportunities but it was still very cool and only Meadow Pipits, Skylarks and the odd buffeted Stonechat was noted on the way to see the Outlaws at the ‘van at Dinham Farm near Wadebridge. 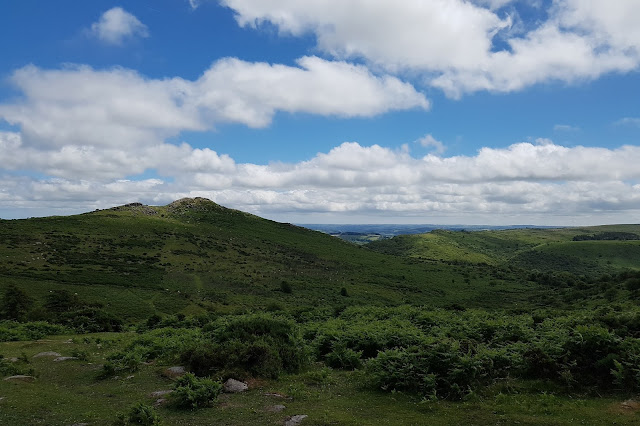 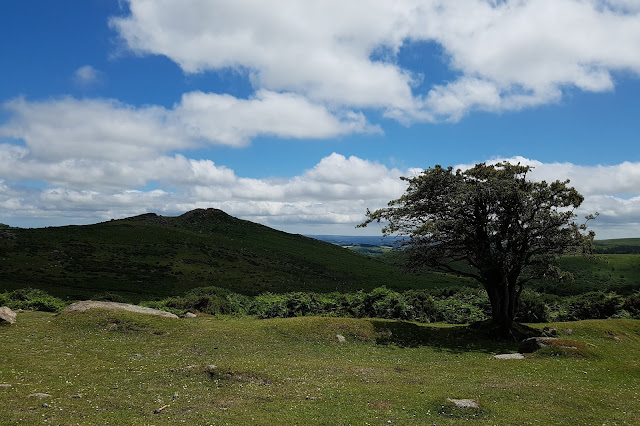 Trago number two once again delivered no Dippers on the Fowey but Grey Wagtails and the usual woodland birds were present and a Common Hawker made an all too brief appearance while pasties were being munched. 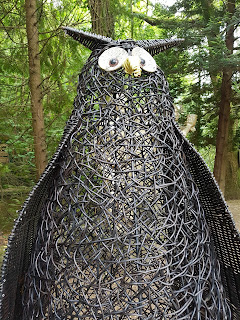 Late lunch number two or possibly early dinner down at the farm saw us lingering near the BBQ and donning jumpers as the cloud roiled in and the temperature dropped once again.

My usual walk to overlook Dinham Flats on the Camel was quiet but at least that was disturbed by the calls of Curlews way off down on the estuary.


And that was about that really as Tuesday was best forgotten as the rain dogged us all the way home along the south coast precluding any vaguely interesting stops en route.