I decided on a day out west but without any of the Sigri bit and this gave me the opportunity to explore some other roads and tracks. The roadside pools just before Parakilia warranted a stop for the first time in ten visits and held a Squacco and 34 Black-winged Stilts that looked fresh in and mightily agitated by a quartering Marsh Harrier.

The little chapel of Agh. Ioannis was buntingless which was peculiar but Willow Warbler and Cuckoo were new and a pair of foraging Sombre Tits showed exceptionally well. I bumped into them everywhere that day. 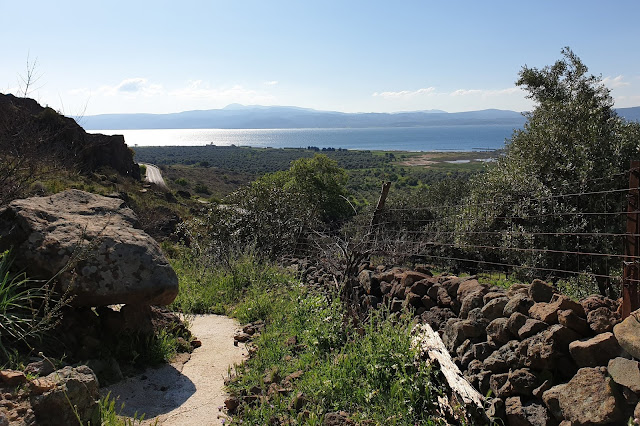 It was all quiet to beyond Agra and a random roadside stop just beyond the bypass, to scan up and down the hillsides produced lots of singing birds but I saw little in the strengthening and icy north wind. However, Collared Flycatcher, Blackcap, Subalpine and Orphean were ‘experienced’ along with both Cinereous and Cretzschmar's Buntings and a very odd sounding Chiffchaff with a swee swee swee end to the tune.

The use of the X-Trail lured me down another bumpy track below the road which took me into the oak groves and both Eastern Bonelli's and Wood Warblers were in song and another male Collared Fly flicked through the canopy.

I was hoping that it would lead to the sea but after discovering that it double backed inland I turned round and came back up and then attempted to cut through Mesotopos, but aborted this too when I got to a point where the car was just a tad too wide for the acute angle between two houses and after a 37 point turn I got back to the main road and then found the signposted road down to Tavari!

The valley looked great and worthy of a scout on the way back out and we passed several Turtle Doves on the way down. On reaching the beach a hoard of feeding Yelkouan Shearwaters were plunging offshore (and no, not like Gannets) and several Scopoli's cruised further out. A small flotilla of duck bobbing around became five female and four male Garganey and after ten minutes of floating around they took flight and headed South around the coast.

I walked a short way further on and found a solitary wagtail at the river mouth - bingo - a female Citrine! She allowed a close approach and was completely unphased by my presence.
A male bird flew over calling and she responded to it but he did not land. 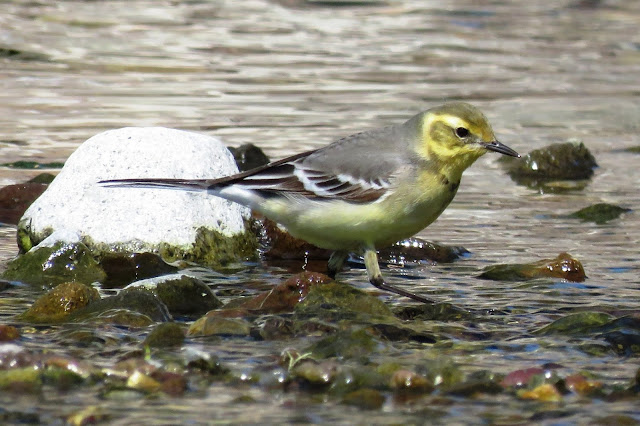 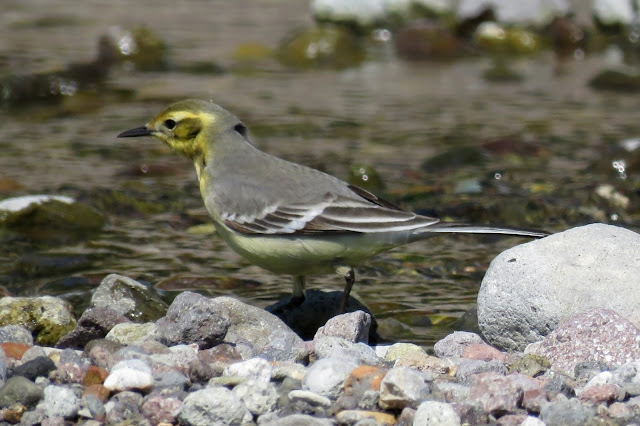 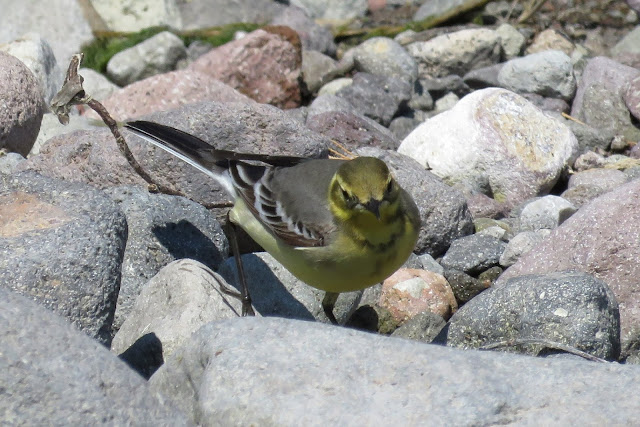 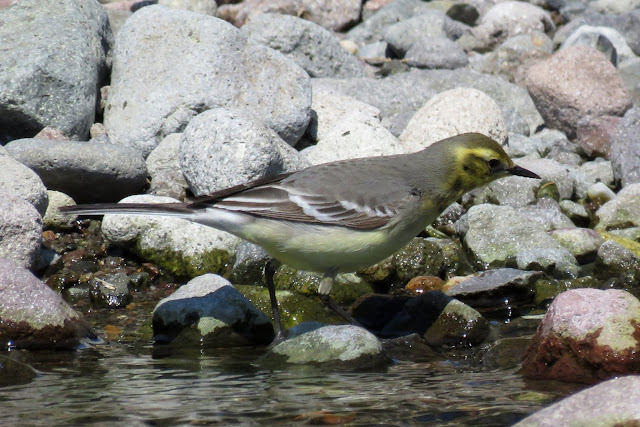 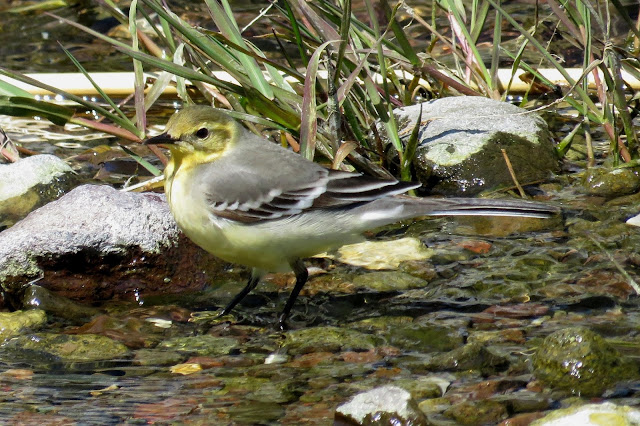 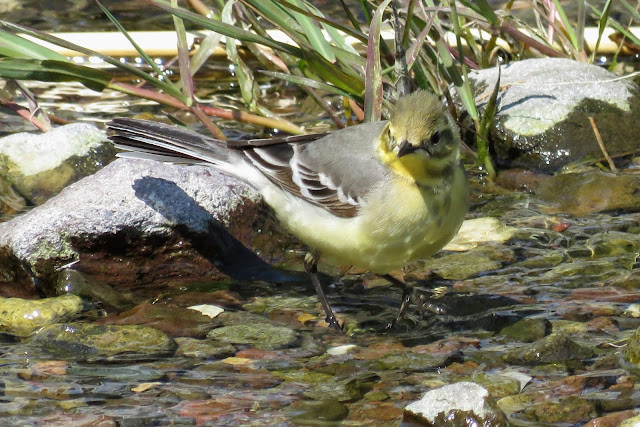 I followed the stream up valley and found a few foraging warblers with Lesser Whitethroat being the most numerous along with Willow Warbler, Orphean, Blackcap, Whitethroat and Reed Warbler. A 1st summer male Pied Flycatcher even started to sing from his sheltered spot and Turtle Doves exploded from the olive groves. The first Alpine Swifts were overhead and Cretzschmar's Beethovened me from the rocks behind. 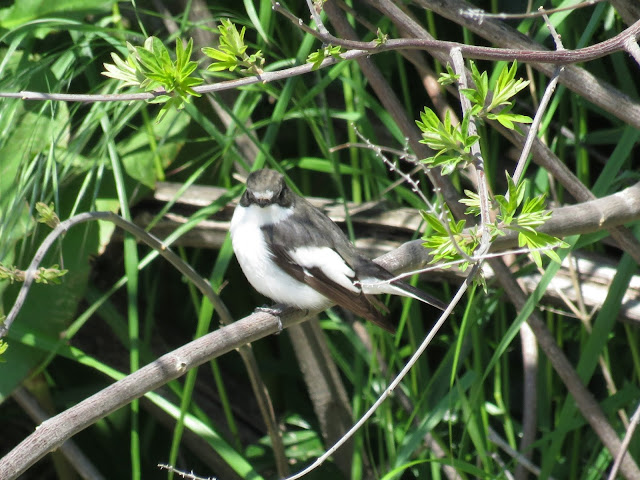 Out of Tavari and down to Skala Eresou where Red-rumped Swallows hawked and another Collared Fly lurked in a fine Fig tree. Several Vagrant Emperors were the only dragons seen along with a luecorum type bumblebee and a couple of groovy flies that Phil and Annie have helped to at least narrow down. 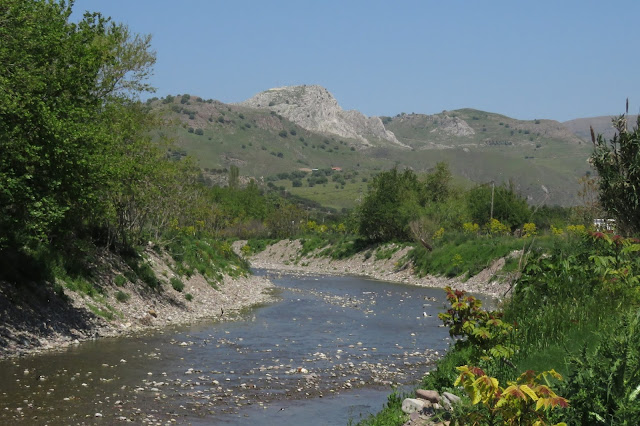 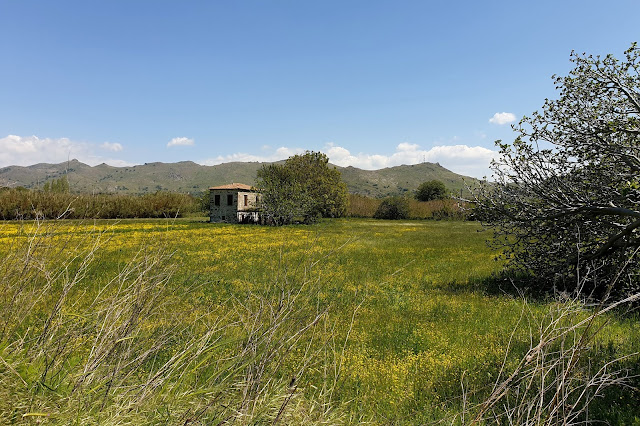 From here I headed up towards the Isabelline corner with the Sigri junction passing three Blue Rock Thrushes and the aforesaid Wheatears on route before heading homeward via the serene Perivolis Monastery where a Middle Spotted Woodpecker flicked in the groves and the river tumbled in an icy blue, very un-Lesvos type way down through the valley. The presence of several hungry kittens ensured future visits. 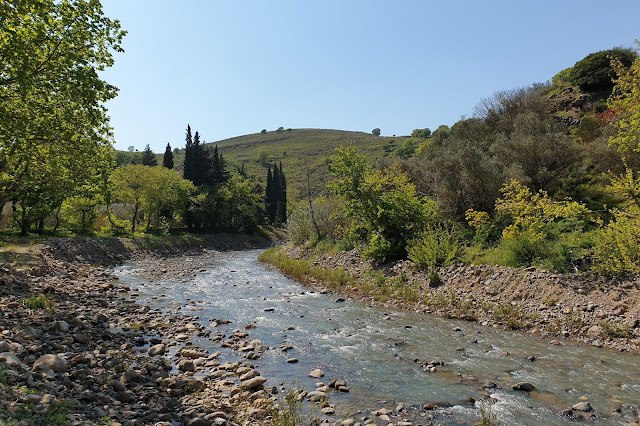 Crag Martins and Long-legged Buzzard were picked up at the pinnacle in Lardia and the sparkly new but officially unopened by pass just past Vartousa shaved a good twenty minutes (and 6km) off the journey time. Such lovely curves! 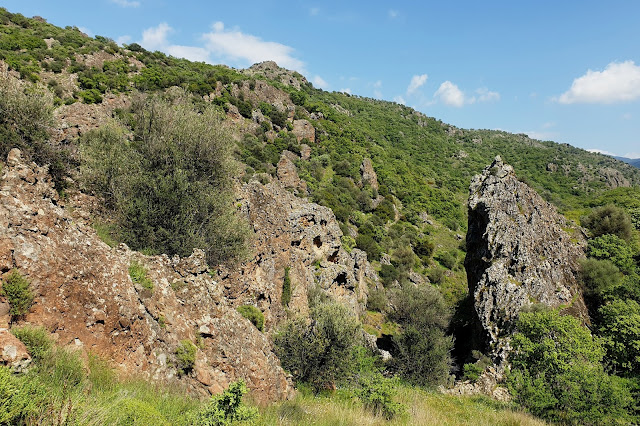 With time saved it was a dash down the KSP which were quiet save the first 11 Ruff of the trip and a plethora of gaudy flava Wagtails in more shades of blue, black and grey that you care to imagine.


Dinner with Thekla in Old Kalloni was a lovely traditiionally Greek way to round off the day...
Posted by Howard Vaughan at 12:01