RSPB Rainham Marshes: 30th December 2019
It looked like it was going to be a nice morning so I headed to work early and struck out along the river wall before sun up to be greeted by a wall of billowing mist that came and went in swirling waves.  The City, landfill, A13 and pylons were obscured and only the traffic noise hinted that I was not in some remote wild marshland landscape. 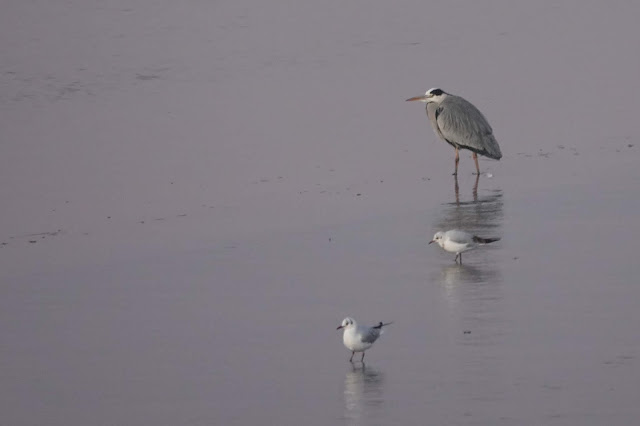 Needless to say my opportunities with the new camera (Sony DX10 mkIV) were once again very limited but I did have fun watching Sol come up over the QEII Bridge (again) where not only did the colour and size seem to constantly change but so did the shape with some weird distortions taking it out of the spherical and into the wonderful world of mutant citrus fruits. 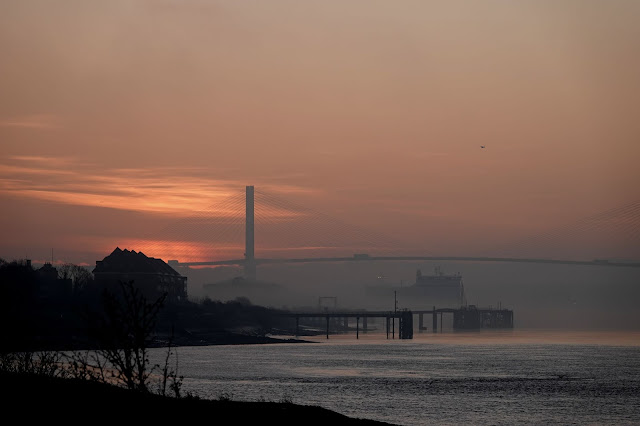 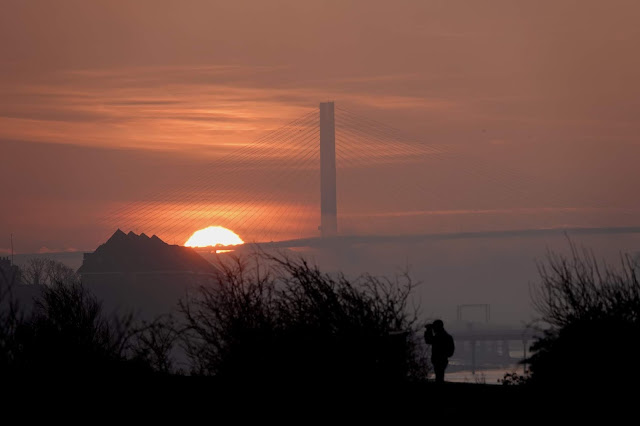 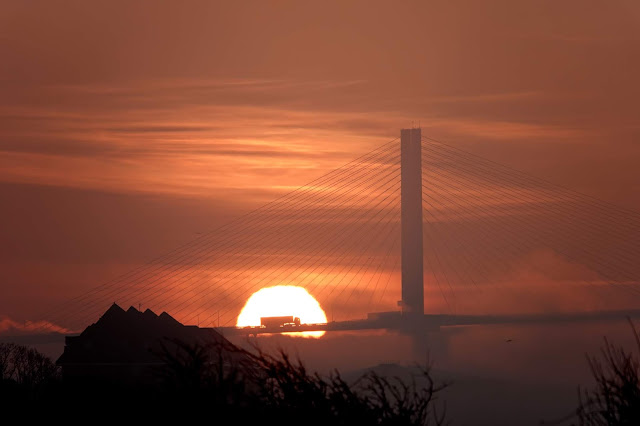 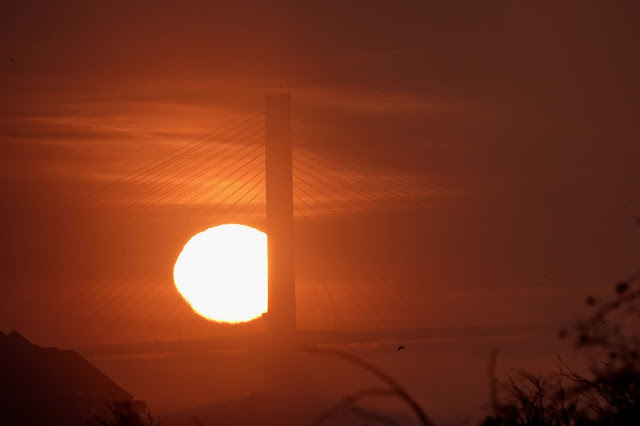 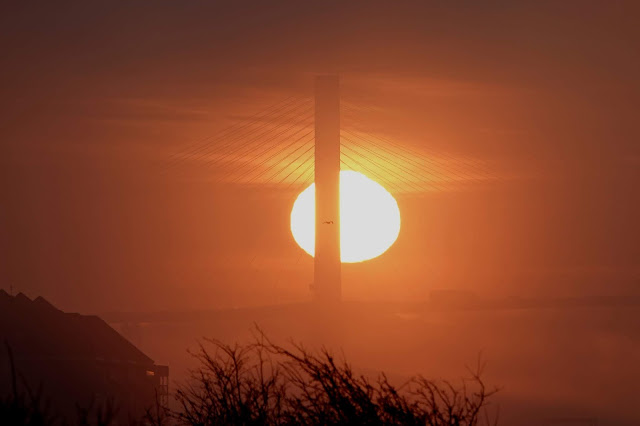 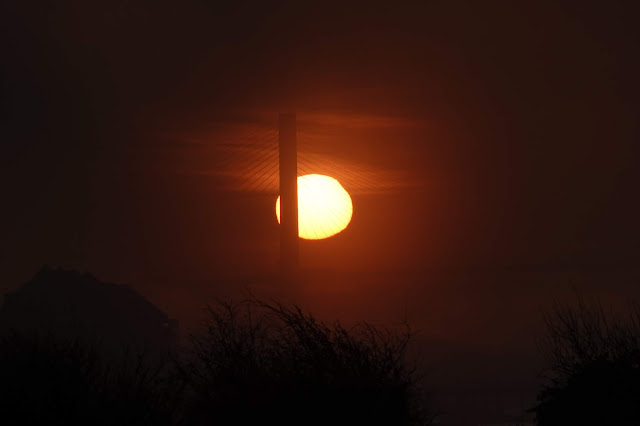 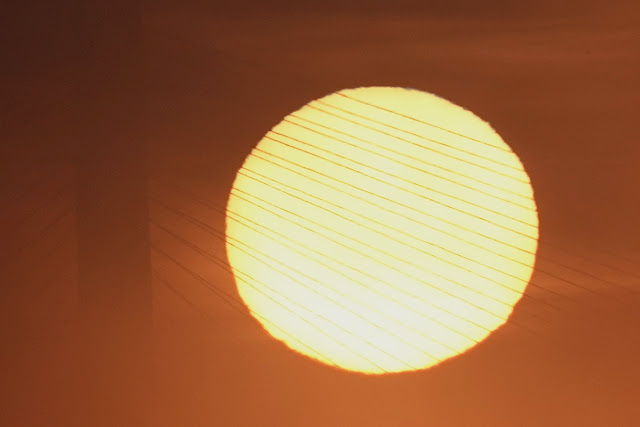 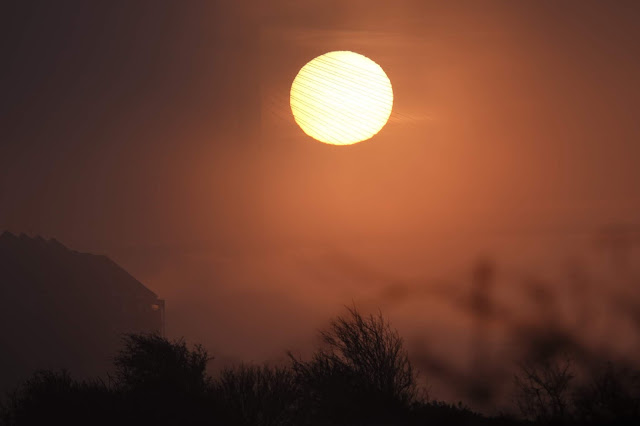 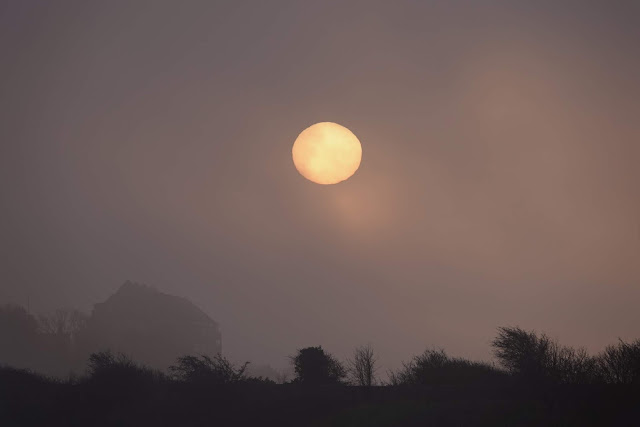 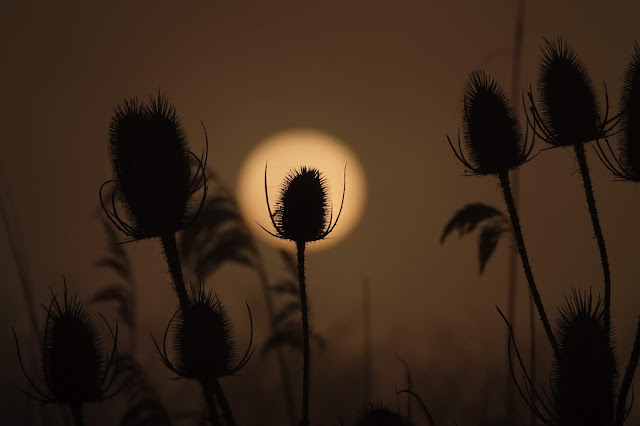 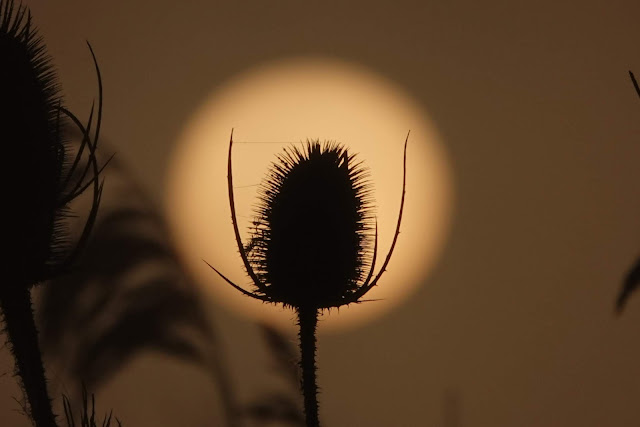 Fieldfares and Redwings erupted from the Hawthorns having once again roosted in the overhanging Willows by the MDZ and I could hear the Wigeon, Teal and Pintail out on the marsh but only ghostly shapes occasionally emerged as the fog swirled in and out. 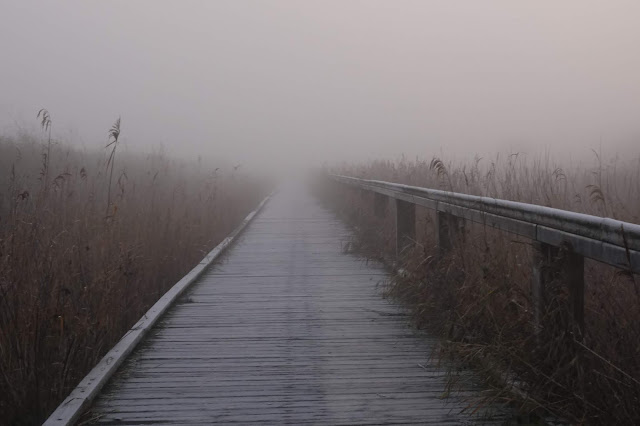 I thought that the sun would quickly burn it off but it did not actually happen till well after nine and what followed was a manic day on the reserve with a full car park but just after ten and a gazillion punters in inappropriate footwear attempting to navigate our now slightly flooded trails.

I escaped for ten minutes in the late afternoon but nothing was playing ball so I papped some distant duck before returning for another classic sunset.