Weekends just do not feel ‘safe’ to be out walking around here at the moment – too many people – so I dragged myself out this morning despite the general gloom and greyness and made my way down the road to Temple Marsh. 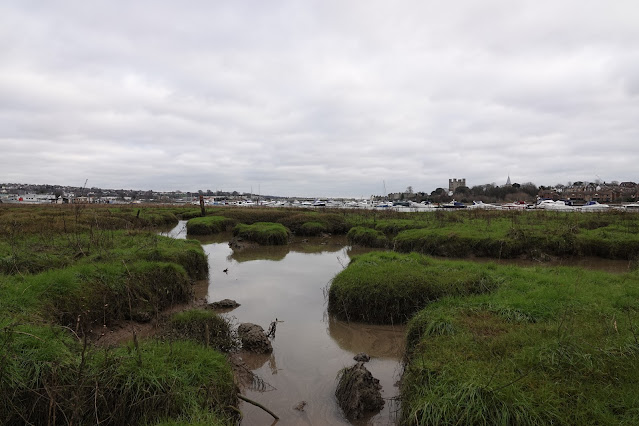 The tide was on the turn and heading out, leaving a still wet saltmarsh but despite my best efforts I could not find any Snipe along the edge. I even had hopes of a Jack down there but I think I need a proper freeze to generate that sort of a chance. 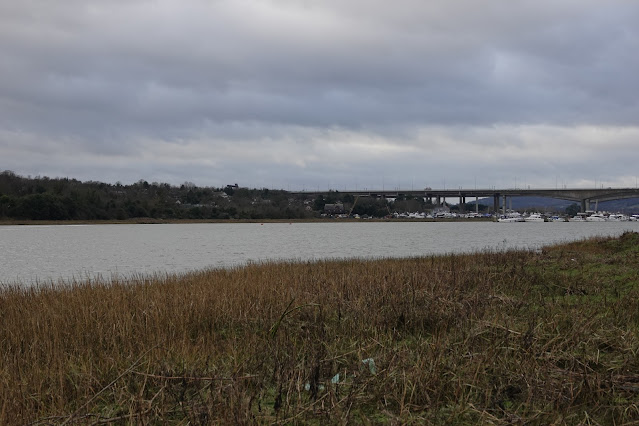 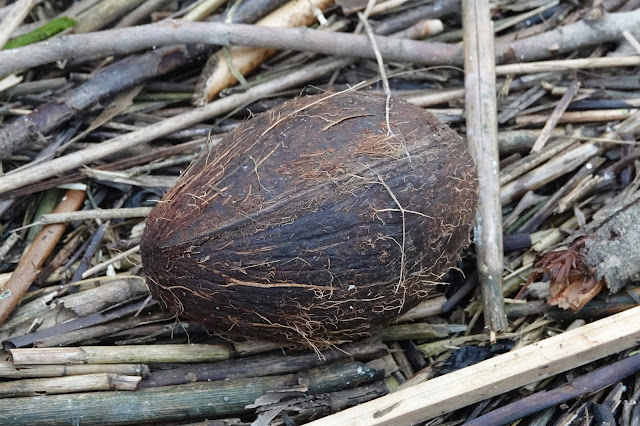 The Poplars behind held a few Redwings that called excitedly before getting whisked east with the increasing breeze and three Greenfinches wheezed.

A solitary Cormorant was fishing in the river and two Mallard and a Mute Swan were the only other birds seen bobbing along. I never quite understand why this stretch of the Medway is so devoid of avian life.

Some distant bread throwing by a mother and toddler brought in the Black-headed Gulls along with two smart 1st winter Commons before I headed back inland and uphill past Diggerland and then onto Ranscombe. 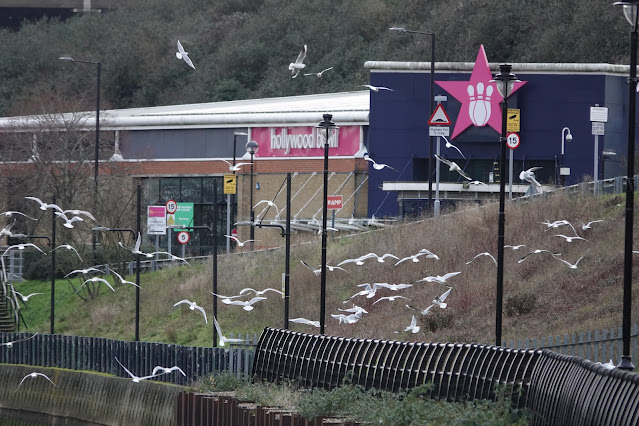 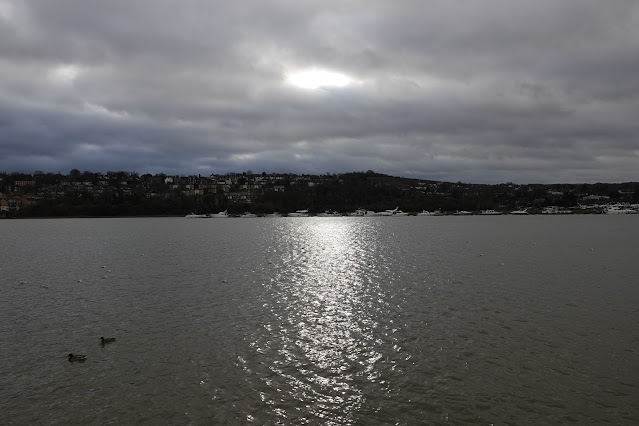 The pools alongside the river just south of the bridge had three distant Little Grebes paddling around along with two Cormorants, Shelduck, two Mallard, Great Black-backed Gull, three Redshank and a Little Egret. It is just a pity that you can’t get any closer for a better look. 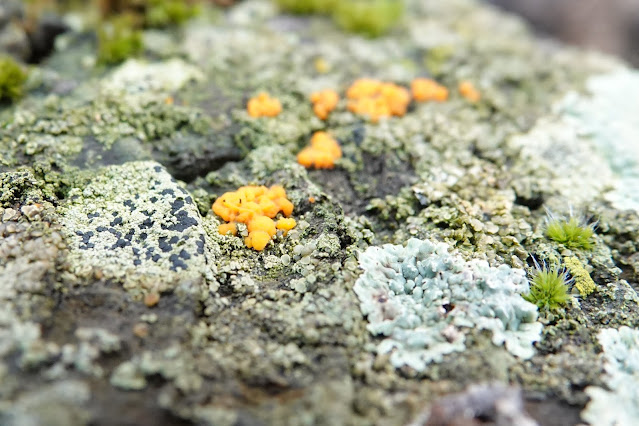 Once through the car park I took the path alongside Longhoes where a female Sparrowhawk was trying to flush out Redwings while a scan of the distant woods revealed a circling Raven. A Nuthatch was being quite vocal as I reached the corner as were a couple of squelching Squirrels and I suspected that they may have found an owl but I could not find anything.

I continued up the muddy track towards the very sombre looking Valley - such a contrast to the swathes of colour that adorn it from March onwards. The sun poked through and briefly illuminated it before the racing clouds once again obscured its efforts to lighten the mood. 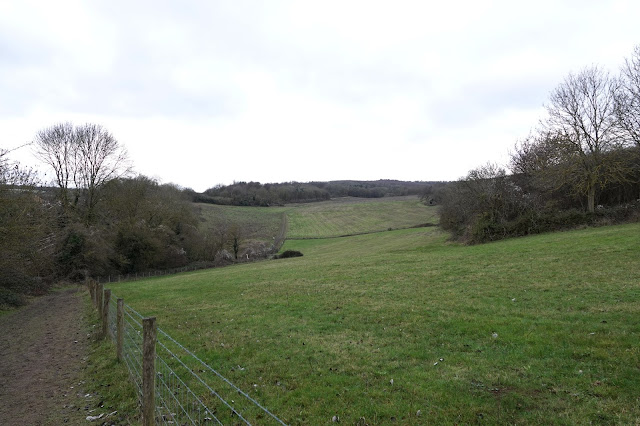 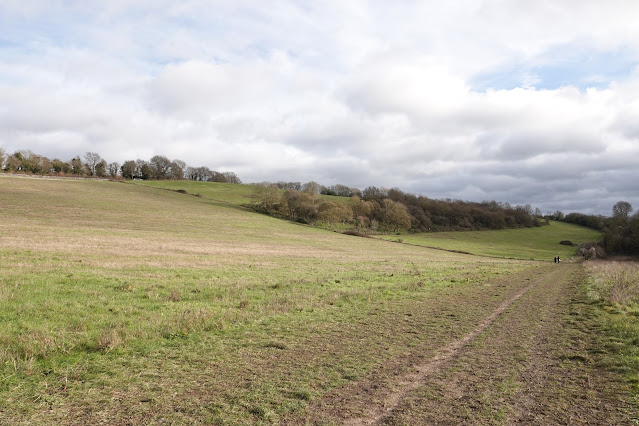 I turned up towards Mill Wood and stopped on the bench for a coffee and mince pie and looked out towards Mays Wood on the other side. A Buzzard with a very full crop glided through and attracted the attention of the local jackdaws who spiralled up with it and played in the breeze while a Peregrine hurtled the other way shortly followed by an Accipiter that got my heart rushing momentarily before I realised that it was a very hefty female Sparrowhawk that was just getting a little agitated at the presence of the other two species. 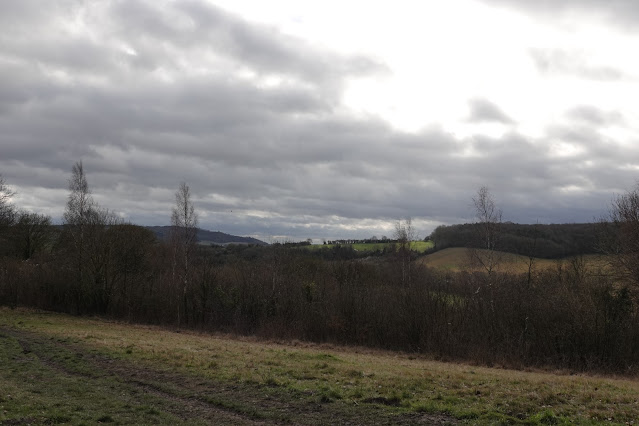 Mill Wood was very quiet but I did add Bullfinches and Treecreeper to the tally while the small green Spurge Laurel flowers were opening up but I could not smell anything as yet.

It felt like imminent rain as I transacted Brockles so I cut back into the wood by the animal bench and followed a new slippery path down through the trees before veering up through the pines towards the where I thought the Mausoleum would be. There were no Crossbills but Lesser Redpolls called occasionally overhead and Redwings were constant companions. 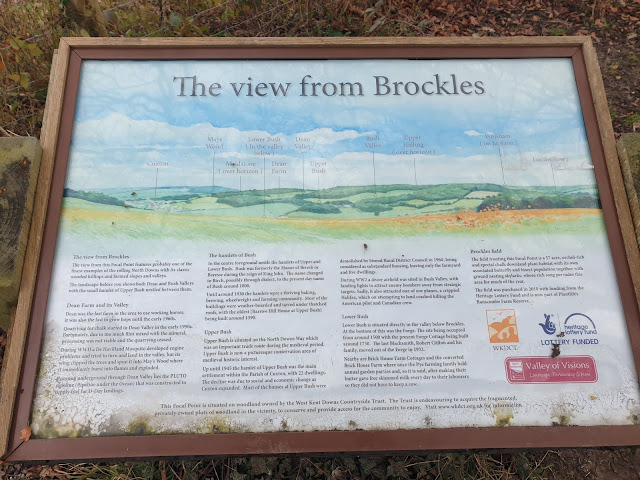 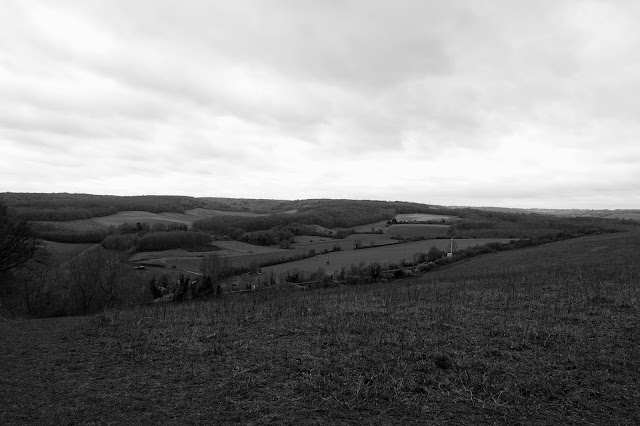 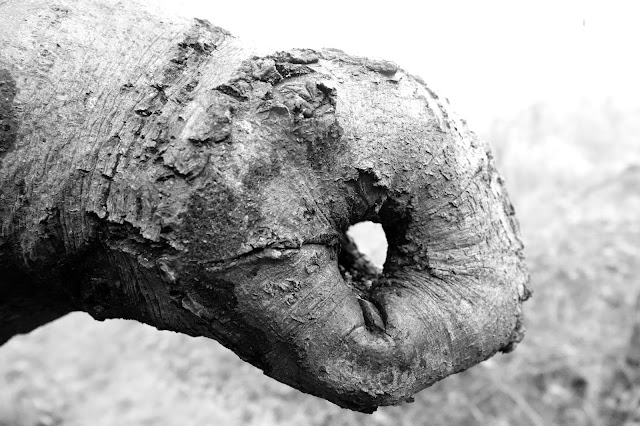 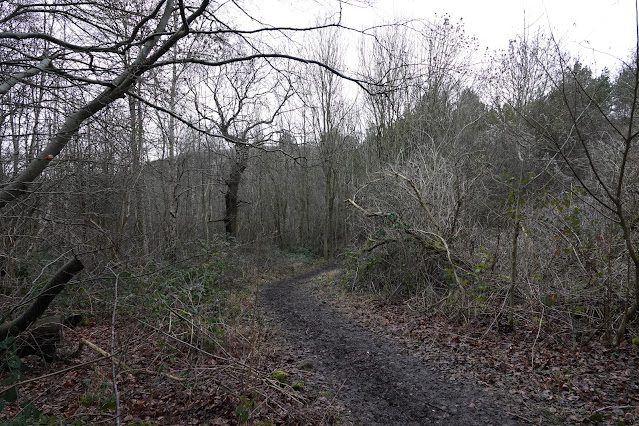 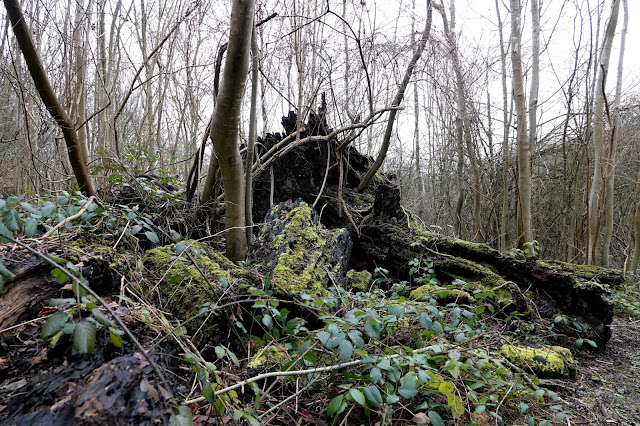 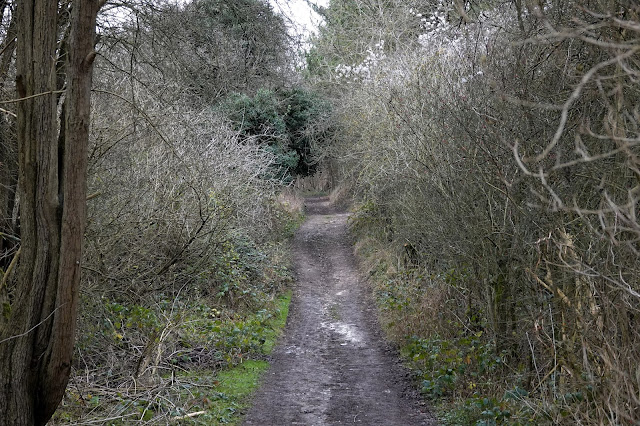 Although it had not actually rained, the wind was still increasing and I decided to take the straight home from here. Unlike the other day there was no one else around bar a jogger who I thought was going to expire as he shuffled by. 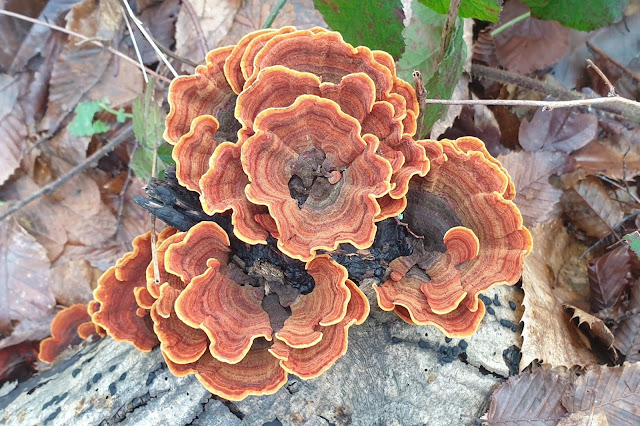 I said hello to my favourite trees and then yomped for home. 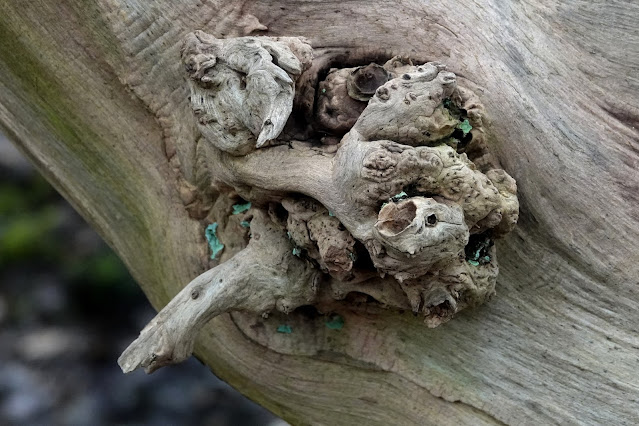 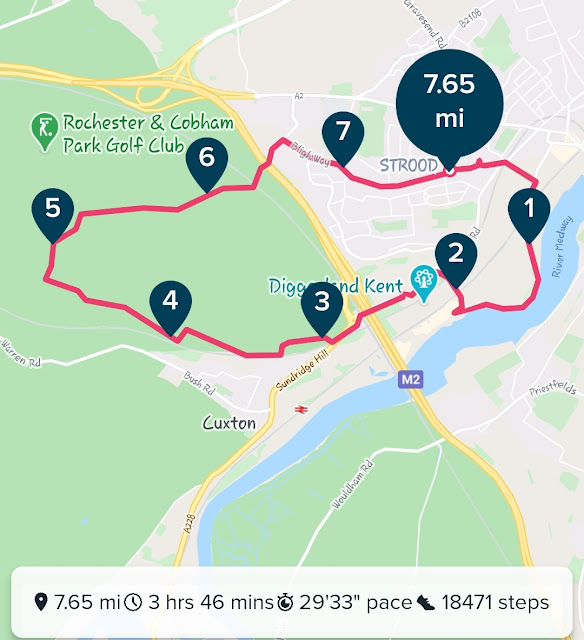