After spending most of the day in front of the laptop I decided to take myself for a short walk with the camera to Crabbles Bottom Orchard.  It was warm and sunny and I hoped for an insect bonanza.  Strangely enough it was once again pretty quiet with almost no Hoverflies and just several territorial male Volucella pellucens patrolling the path.

The Bramble seems to have been over very quickly this year and there were only a few Bumbles and while the meadow was a glorious frothy yellow carpet of Ladies Bedstraw punctuated with patches of Pyramidal Orchids, Marjoram, Oxeye Daisies and vibrant pink Common Centaury it was only attended by a few Large Skippers, Meadow Browns, Marbled and Large Whites.  Again there were just a few Hovers including three Chrysotoxum festivum and some smart Grass moths that Antony has identified for me.

The Hogweed stand was almost devoid of anything bar Lucilia, Oedemera nobilis and Red Soldier Beetles. I am confused as this was my go to insect haven for the last three years. 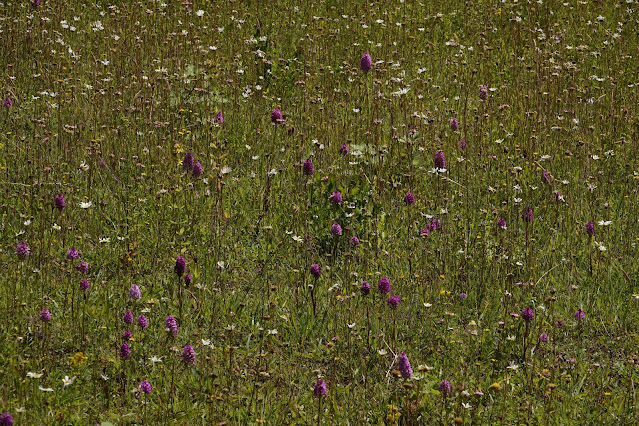 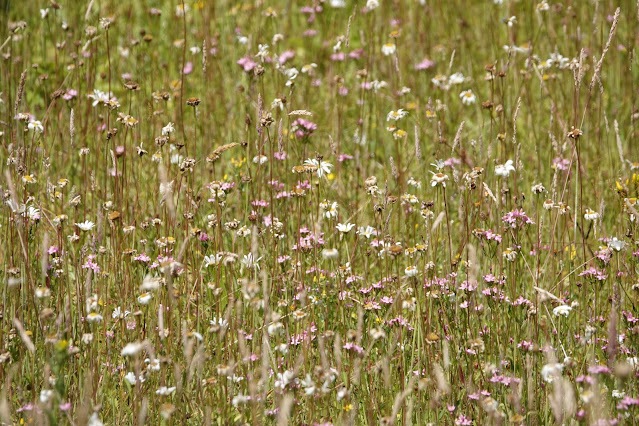 The one little chink of light was the discovery of a flying red and black beetle that I followed and then potted for a short while. I had certainly not seen one before but once home discovered that it seems to be the incredibly rare Six Spotted Pot Beetle and at this moment in time I can find no other local records (other than a possible old specimen in a collection in Darenth) with the last sightings in Scotland in 2019.

There is always something new to find…