Go west they said and so we did and by 0830 we were at the start of the Eresos end of the coastal track which delivered a Red-backed and then our first Lesser Grey Shrike along the Meladia track popped up and sang on the top of an Oriental Plane with pink chest glowing in the early light. 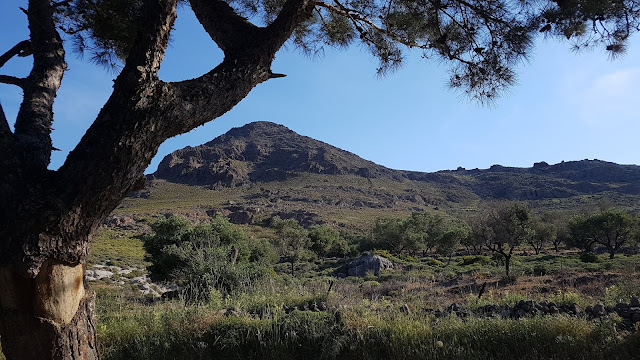 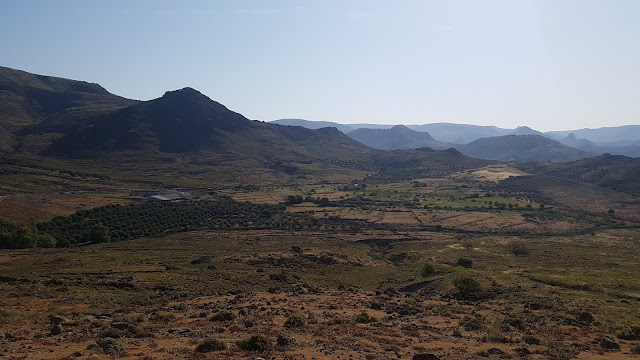 The usual four Buntings and immaculate Black-eared Wheatears followed us down hill along with countless Stonechats and Crested Larks. 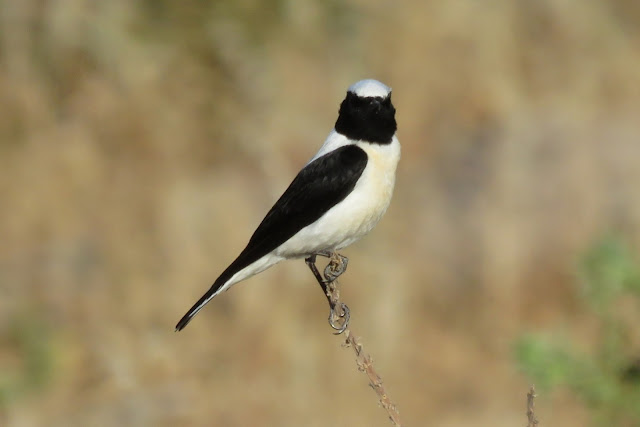 The fig grove was quiet with just a single Blackcap and an elusive Collared Flycatcher and there were 16 more Red-backed Shrikes dotted around along with two more Lesser Greys and a few Whinchats.

A luminous Wood Warbler was our first and Sombre Tits churred at us from the olives. A male Montagu's Harrier was found by Margaret, quartering the valley before being joined by a female over the ridge while a dark Eleonora's circled with gulls.


Suddenly a male Golden Oriole flew towards us and landed in full view where it was joined by an olive female and another male. They sat there for ages and made occasional flycatching sallies in the appropriate company of Spotted Flycatchers, Whinchats and Shrikes who were doing the same. To get such superb Orioles views on two consecutive days was thigh rubbingly good.

The tiny yellow brassica flowering alongside the paths was weighed down with countless thousands of Meadow Browns (two species I think) along with various Whites, Skippers and the odd Clouded Yellow and Painted Lady. Clouds of them came up silently as you walked along. 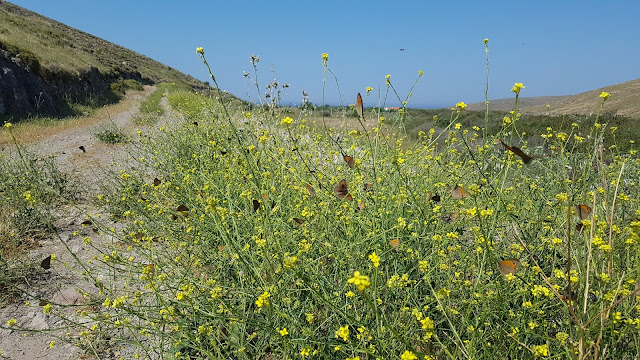 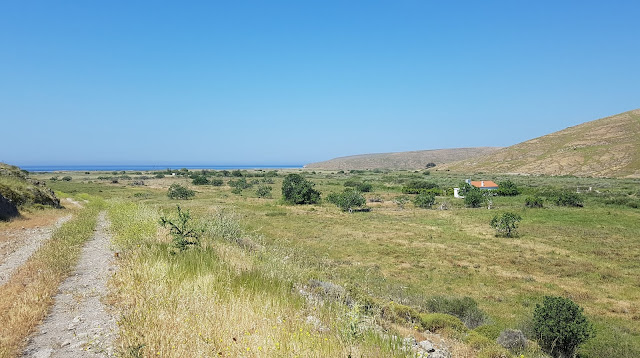 Down towards the Meladia Chapel an Eastern Orphean Warbler was giving it large right alongside the car and a male Citrine Wagtail perched up briefly before heading off followed by five in off Pallid Swifts and a few Commons. 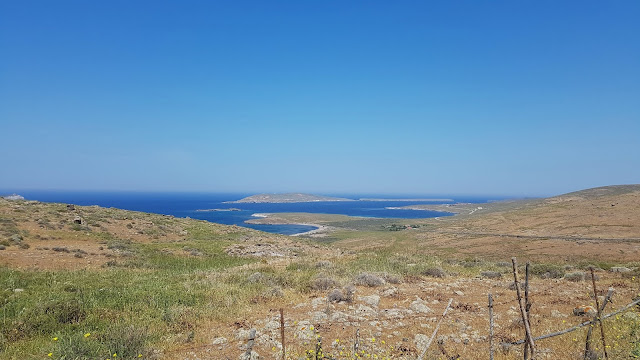 Faneromeni Beach was the ideal spot for lunch with our fourth Lesser Grey Shrike and four more Orioles as company. A Ruddy Shelduck obliged on the beach onlong with a wary Little Ringed Plover. 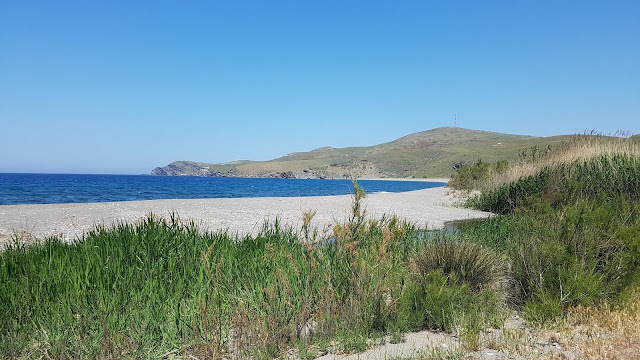 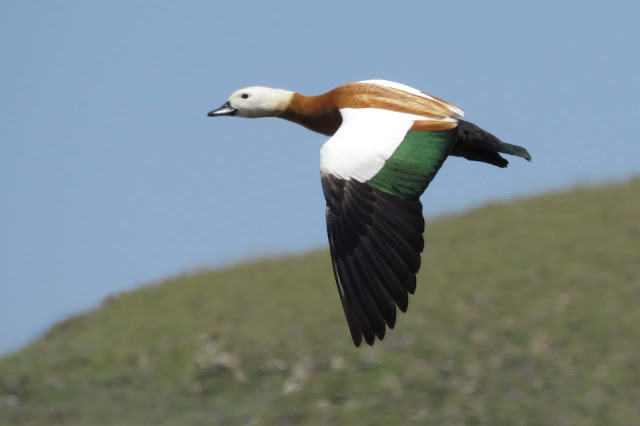 The groves were quiet but I did eventually dig out three Collared Flycatchers and an interesting fourth ficedula that would appear to be a 2cy Semi-collared.


It showed some extension of pale from the neck sides towards the nape, a proper ghosting of a white rump, with the start of a white median covert bar and white tail sides that clearly extended around to the tips of those feathers.  There was no wing covert patch on either side. Whether this is good enough for a SCF is open to conjecture but it is certainly the best possibility I have ever had in eight spring trips!


The fords only added Green Toadlets and a couple of Turtle Doves but a huge pied Buprestid beetle was the most impressive I have ever seen.

Back in Sigri the Jackdaws has massed around a single Oak and were descending to glean caterpillars from the leaves. I still find it odd that they are so restricted in range across the island.

Retracing our steps back to Eresos did not add much until the Meladia Ford where the immature male Pallid Harrier showed very nicely and Pied and Spotted Flycatchers were in the two trees but it was now much quieter.


A Common Redstart in the solitary oak on the final decent into town was a late addition before the 45 minute zoom back to the Kalloni saltpans in the hope of adding a couple of new birds to my crews list.

Two field-hunting Gull-billed Terns greeted us as we turned into the salt pans and seven paddling gulls added 2nd cy Little and Mediterranean and five adult Slender-billed Gulls to our tally. Waders were now on the pans with over 200 Ruff counted, two Marsh and a Curlew Sandpiper and a solitary Collared Pratincole were with them and two tiny Temminck's Stint were on the channel.


Down at the Alykes Pool I quickly re-found the Spur-winged Plover and four Little Stints while two Ringed Plover were also new. Red-rumped Swallows sang from the telegraph wires behind us in the low evening light... magic.

The final drive through Lotazria saw three Marsh Harriers and and imm male Montagu's quartering the fields while Black-headed Buntings serenaded from the wires...