A quick ten minutes in the wildlife garden this afternoon saw me lurking in a non-sinister manner around the raised flowerbeds where the humid air and late sunshine had tempted some inverts to come out and play. The busy little Red Mason Bees (Osmia bicornis) have almost completely filled one of the bee houses on the post and I spied a couple of adults feeding on the Knautia along with two chunky Rhingia campestris with that amazing ‘nose’ and drinking straw while Eristalis arbustorum became the 21st hoverfly species this week. 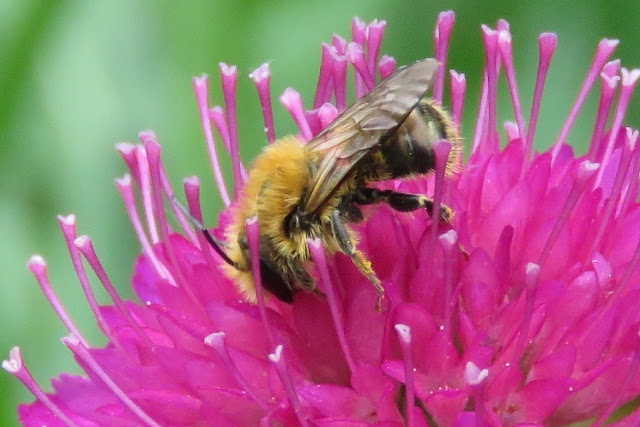 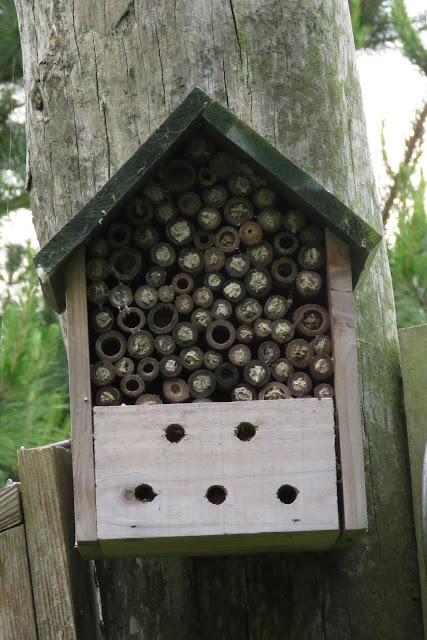 There were several Orb spiderling balls glowing like tiny golden poppy seeds all huddled together for safety with just a few adventurous brethren taking a chance to go it solo. 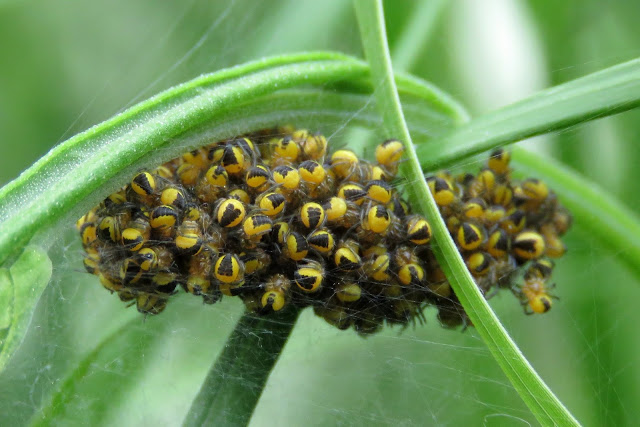 Wolf Spiders watched me at eye level with almost simian faces and a couple of females were seen carrying around a blue pearl of unhatched eggs. The feeling of being angrily stared at was quite palpable! 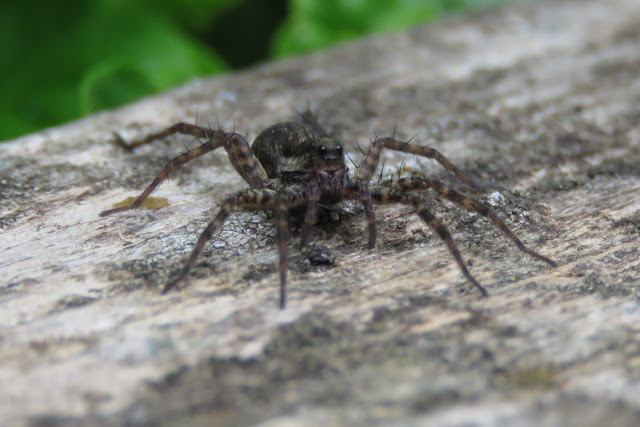 Similarly the rather robust female Zebra Jumper (Salticus scenicus) kept a wary eye or four on me and followed my lens round as we stalked each other. 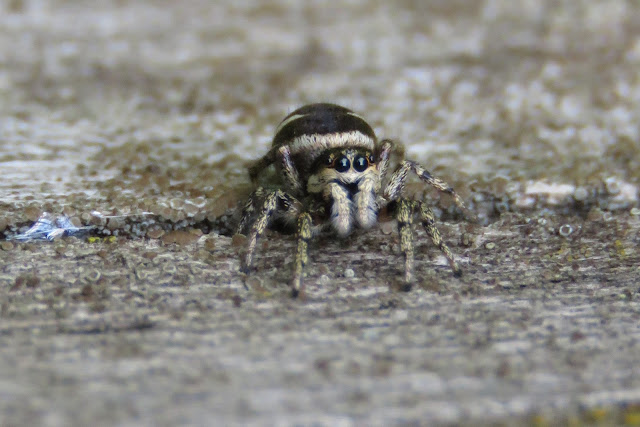 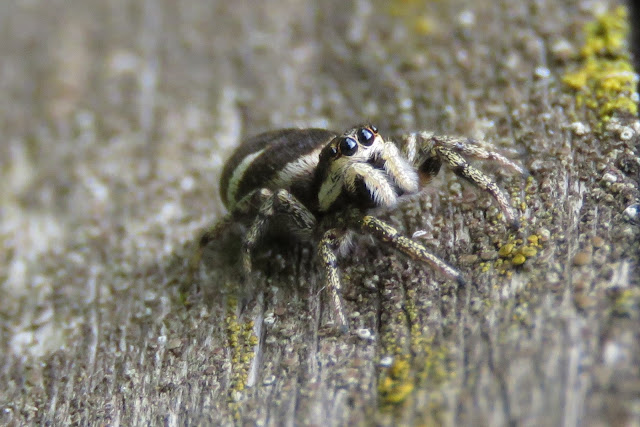 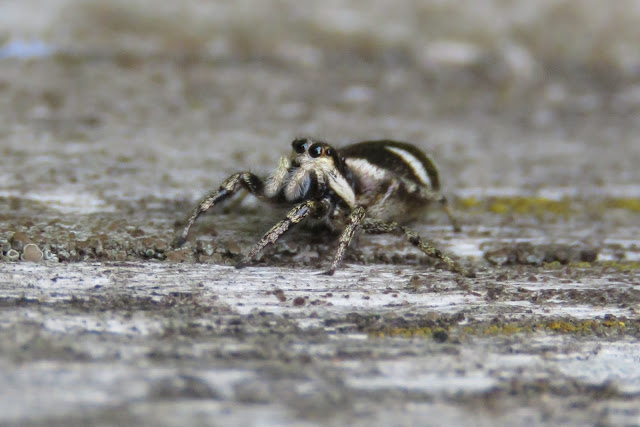 I was pleased to find several adult Rambur's Pied Shieldbug (Tritomegas sexmaculatus) on the Black Horehound in the herb bed with shiny little Woundwort Shieldbugs (Eysarcoris venustissimus) and a 22-spot Ladybird for company. 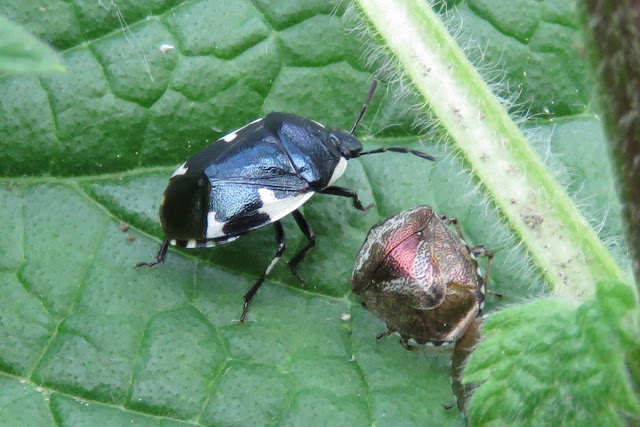 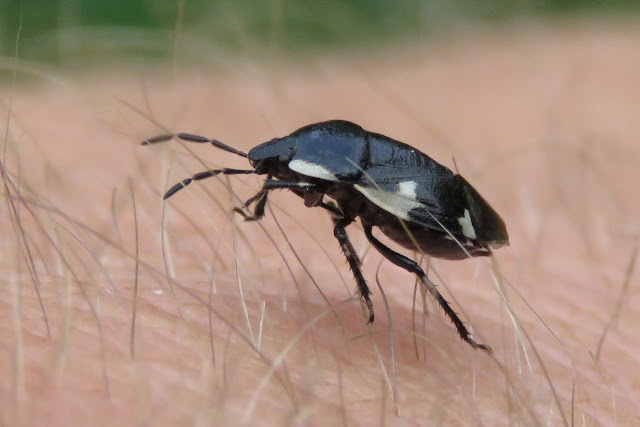 Too soon my tea was gone and it was back to my oh so tragic view over the River Thames and 1000 acres of lush wet grazing marsh – oh well – I would just have to put up with careening Hobbies and stroppy waders for the rest of the day...
Posted by Howard Vaughan at 14:17