A post-breakfast poodle out took me in the direction on Dungeness.  With such a busy week behind me, I was not even sure if anything had been around bar the usual array of egrets but I fancied finding something myself anyway.

By half nine I was ambling towards the sea with Meadow Pipits pinging from the Sea Cabbage in front of me.  The south-westerly wind was already picking up and my short seawatch produced good views of France, a fine Tri-master heading down Channel that felt somewhat familiar and looks like it may have been the ‘Gulden Leeuw’ that we see past Rainham most years, many west bound Sandwich Terns, a couple of young Arctic with the Commons around the patch, four Gannets and a 1st year Med Gull. 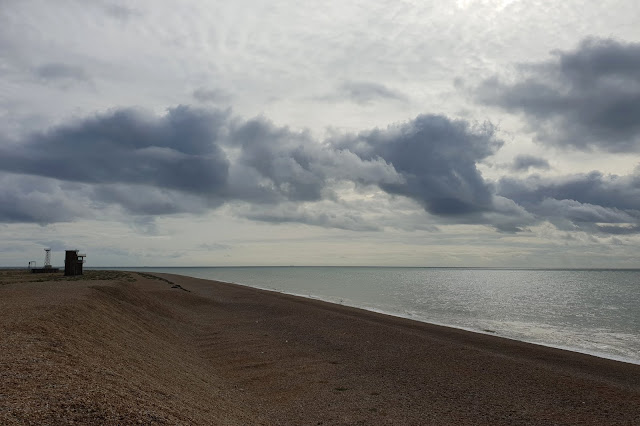 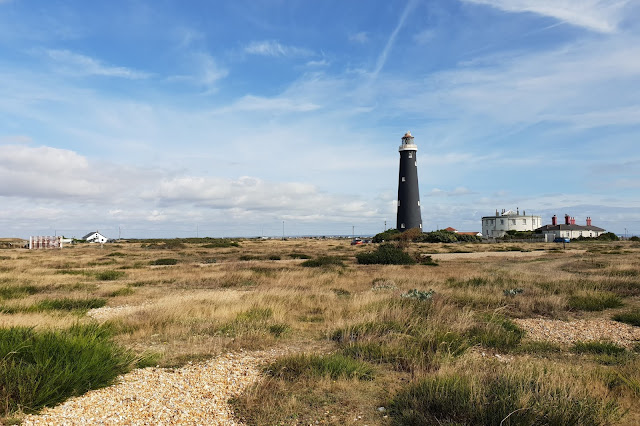 I headed back into the Obs gorse clumps which were birdless bar a Dunnock before veering towards the Desert where some rather clumsy, smash and grab birding by others, initially gave me a couple of flight views of a Wryneck before the application of some proper fieldcraft and a little patience gave excellent if somewhat blustery views of this lovely little woodpecker about 50 yards from where I saw one last September almost to the day. 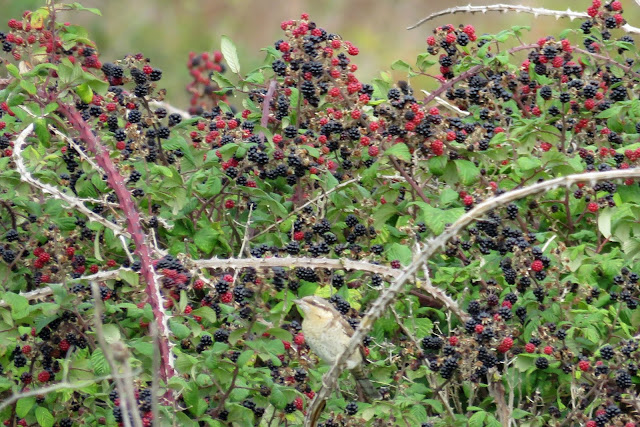 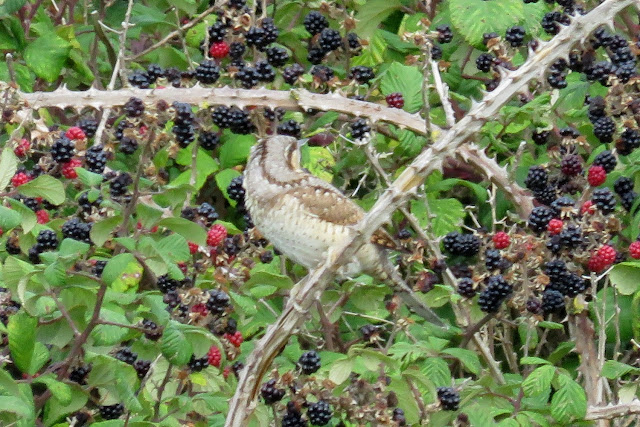 Two each of Whinchat and Stonechat and a single Wheatear flitted around but two Chiffchaffs were the only warblers encountered.
The drive back down to the reserve showed four stately Great White Egrets feeding in a line along the back edge of the ARC pit but I could not find the Cattle Egrets on my drive in past Boulderwall. Burrows Pit was very quiet and it was not until the sheltered corner that I found four more Great Whites along with singles of Grey Heron and Little Egret.
Rather oddly three of the Great Whites were standing belly deep in the water while dozing and preening. 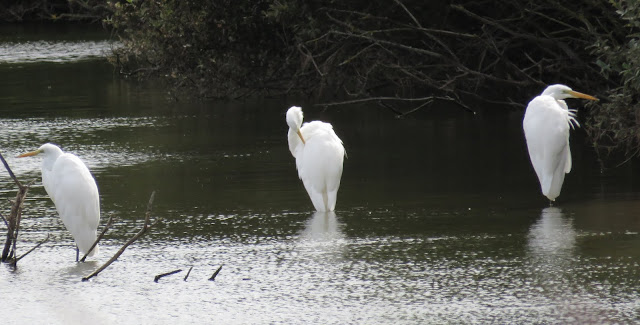 Migrant Hawkers and Common Darters zoomed up and down the sheltered paths and Green-veined White, Speckled Wood, Meadow Brown, Small Heath, Small Copper and Common Blue were all nectaring on the last of the Ragwort and Vipers Bugloss.

I spent some time in the Dengemarsh Hide looking for the Pectoral Sandpiper but could only find two male Ruff, seven Snipe and two juvenile Black-tailed Godwits amongst the throng of duck and Greylags.  A Great White Egret unsurprisingly hunted along the reedy fringe.
It had not been seen for a couple of hours but there are many place for it to hide but I was surprised when it flew in from the far right where the view if obscured and crossed the whole pool to land near its two Ruff buddies.  Here it showed for less than a minute before flicking over the back and out of view once more.  I did feel sorry for the two people who had just left having spent 90 minutes searching...

I carried on round and headed back to the main track to see if I could see the Cattle Egrets and much to my delight I picked up three of them well away from the cattle wading through the grass with Starlings exploding out all around them. Within a couple of minutes they were out of view once more.

Time for a quick coffee and then a scoot over to the Hanson Hide where amazingly I could see not one Egret but the 14 juvenile Black Terns were more than ample compensation as they dipped as if on elastic to the choppy surface.

My long week was starting to catch up with me once again and so I decided to head for home which, with a closed M20, meant a slightly more scenic route than I had intended.