Day of the Beluga


Tuesday dawned in a glorious fashion but I had to wait until we had opened for a walk around the reserve, ostensibly to check on some signage. A radio shout from Andrew go things going with my first autumnal sighting of the two Ravens heading me to Kent so they must have made an early start. So good to hear that kronking from the skies once more.
I headed anti-clockwise around the trail with Bearded Tits pinging somewhere high in the blue before I had even reached the end of the ramp and Meadow Pipits were also invisibly moving west. 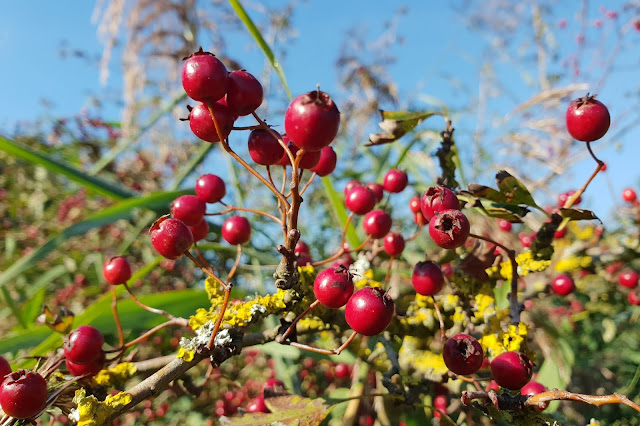 The woodland was quite warm and there was lots of insect activity with Speckled Woods still dancing and plenty of quality fly action too with Eristalis tenax, Rhingia campstris, Myathropa florea, Episyrphus balteatus and Syrphus ribesii representing the hoverflies along with a host of Blue and Greenbottles – the latter including several lazy Neomyia.


Migrant Hawkers zipped around and a male Dark Bush Cricket chirped from the Cordite bridge where the overpowering, cloying scent of the flowering Ivy was attracting not only many flies and Wasps but the always cute, stripy Ivy Bees. 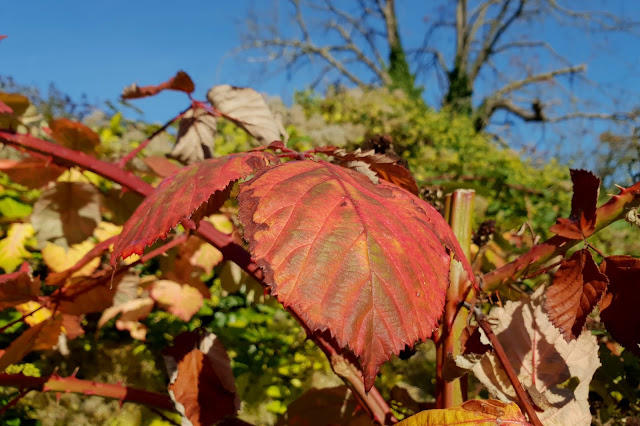 The pylon workers were scaling the heights near the Ken Barrett Hide.  I may not fancy the job but the view must be fantastic.


The Pectoral Sandpiper was not present on the Tringa Pool (where the waters had risen once again) but the juvenile female Ruff was showing nicely along with a selection of Pied, White and Yellow Wagtails. 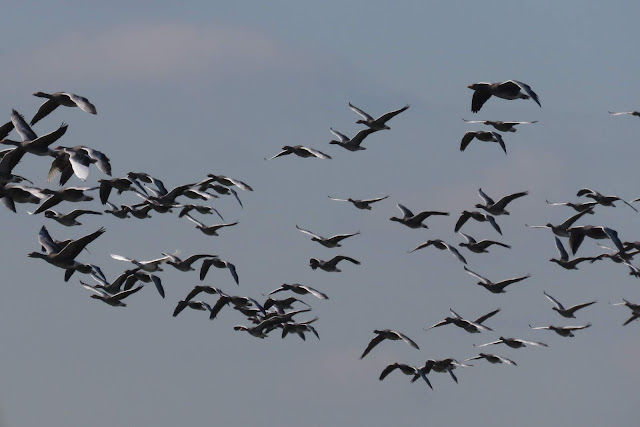 Bearded Tits pinged around me and the juvenile male Marsh Harrier spooked all the Lapwing and Godwits from Aveley Pool before heading languidly out onto Wennington.


More Beardies were encountered at the chicane and one male posed very nicely for me although I was facing a little in towards the sun and a juvenile Spoonbill surprised me by dropping into the pools.  I think that is our 9th one this year!
Aveley Bay played host to more Godwits and nine Avocets and two small dark grasshoppers along the concrete wall through me as they felt too small for Field but it appears that this is what they are.  That aside they did allow me to hunker down and get some nice shots!


News broke at lunchtime about the sighting of a Beluga in the Thames just a few short miles away at Tilbury.  This incongruous sighting had us all on high window watch alert until the good news came through that it had turned back.


It became the talk of the day and as soon as we finished up at 5pm it was a quick dash to the cars and then a battle through the traffic to get to a viewing spot.  The driving fates were with me and the traffic forced me into the heart of Gravesend and then by following my nose I ended up parked in the car park of the salubrious Ship & Lobster pub on the riverside in the middle of an industrial estate.


The film crews told me that it was the right spot and I headed east to join the throng of birders, locals and film crews in the hope that the shining white Beluga would surface in just the spot I had chosen to look at and after four missed appearances it suddenly poked its glorious white head above the surface to have a look at the PLA boat that was pottering up and down with a film crew on board!


The light was magnificent, the air still and the industrial landscape with the setting sun made for a memorable hour.  Familiar faces beamed alongside me and likewise there were some recognisable figures on the Essex side including my four energetic colleagues who I had earlier spied scampering along the river bank from where they had parked at Coalhouse Fort.


I returned happily to my car with an image of a large glowing melon, coal black eyes and the hint of a cetacean smile etched on my screen… a once in a lifetime moment for sure. 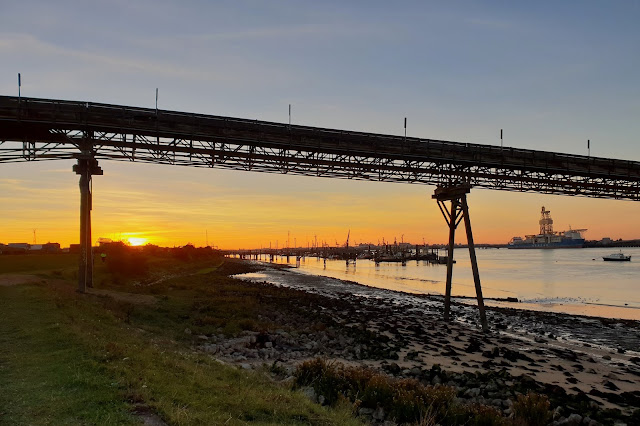