RSPB Rainham Marshes 23rd September 2018
With tropical Atlantic storms tracking up the west coast during the last week, it has been painfully slow at RSPB Rainham Marshes where a due west is probably the most frustrating wind direction we can have.  Seabirds were dropping in across the country with Grey Phalaropes seemingly trying to get into very county bird report for 2018 but alas with almost no water to speak off we were missing out.


However the weather forecast suggested that during the course of Saturday night the winds would shift north easterly with rain and so we all got our hopes up for a push up the Thames this morning in the incoming tide. 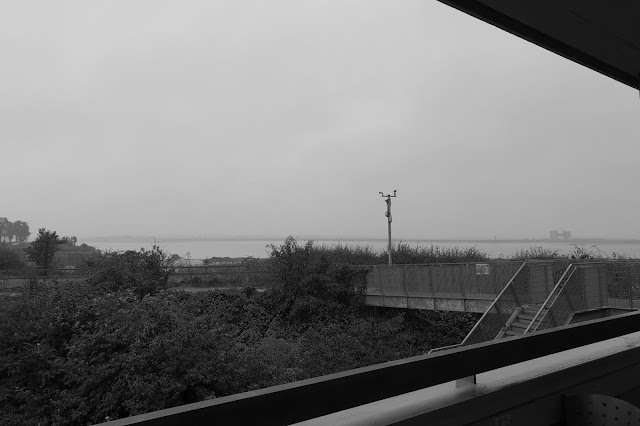 I arrived before half six to open up and Andy Tweed joined me not long afterwards and with Ruth, Phil and Vic we remained ensconced there for most of the day. The weather was foul and reports were soon coming in from the Kent coast of superb skua and shearwater movements so we stuck to our task and no sooner had I suggested to the newly arrived Stevenage RSPB group that we were looking for Skuas then they found three hulking Bonxies floating around mid river!


This trio bobbed up river until they were joined by a fourth and headed back out to the east.  A few terns past through in little flurries but it was not as good as we hoped with just 22 Common, 16 Arctic and possibly as many as eight Sandwich seen. However, we did pick up a juvenile Roseate Tern loosely with a group of Arctics which was a nice surprise and the first of this age any of us had seen here.

Graham and his Stevenage crew scored again at lunchtime when they found a juvenile Pectoral Sandpiper feeding on the Tringa Pool.  We high tailed it round there in the rain and got some superb views of this immaculately marked juvenile as it fed in the rain on the now wonderfully muddy pool with a large male Ruff and several Pied and White Wagtails. 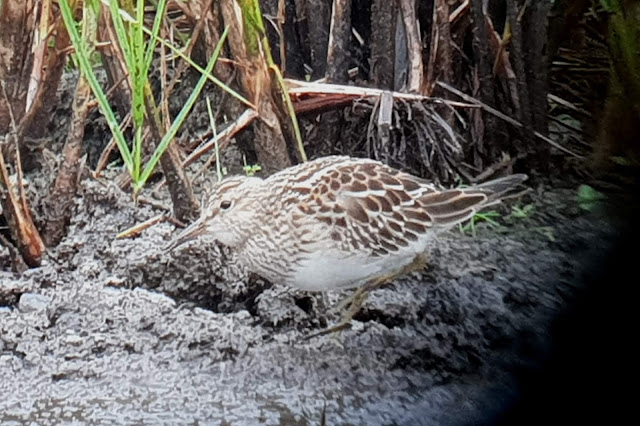 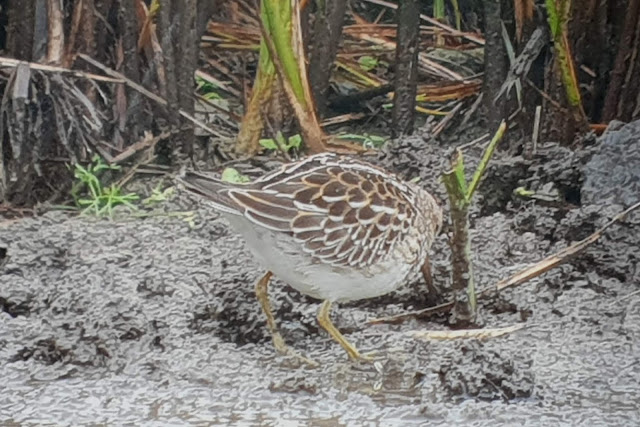 The sky was full of hirundines, mostly House Martins but with the other two present in smaller numbers.  We reckoned that at least 600 of the former went through during the day, sometimes in quite large spiralling flocks. Others were hawking at head height in the lee of the big poplar trees by the Ken Barrett Hide and around the chestnuts in the woodland.


There were definitely more Chiffchaffs around too with small groups around the centre all day where the juvenile male Sparrowhawk did its upmost to catch one all day although it did take out and unsuspecting Chipping Sodbury by the shop feeders.  He spent quite a lot of time perched on fences and such like, affording great views and at least by the afternoon he had dried out from his sodden morning appearance!
They the odd partially leucistic Great Tit was around the feeders on and off during the day and still catches me out everytime I see it! 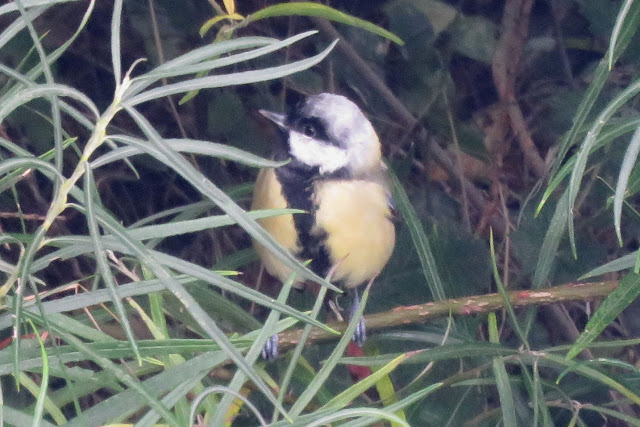 As the sun came out and the blue skies and white fluffy clouds emerged, the Hobbies arrived out of nowhere and two juveniles put on a great show outside the window with both Sparrowhawk and the Kestrel for company.  Buzzard and Marsh Harrier unsurprisingly also started hunting but with fine weather the day of river watching was done but it was certainly worth the time and effort put in.
Posted by Howard Vaughan at 13:13