Costa Rica is never far away

I have not drawn for quite some time. When my birding journal was hand written on A4 paper I had no choice but to draw to express what I saw visually.  I had a camera but waiting for pictures to be developed took time and I was impatient and would simply add a picture of my own later or one of the shots on sale at Whalsey Hills if and when I got to Norfolk.


Drawing is a strange beast with me. It is not naturally easy on most days and the drought is largely down to the head refusing to tell the hand what to do with the pencil and paper despite the head knowing the memory it wishes to capture.


I can visualize the moment even down to it being in my own style but if the hand is being disobedient than it is a non starter.


The thing about being Furloughed is that I quite literally have all the time I could wish for and yet have not contemplated drawing until Monday evening when this Long-tailed Manakin appeared in front of me in about half an hour. 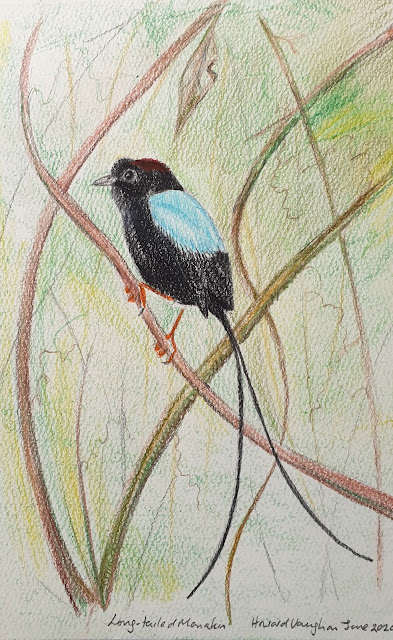 Mmm... I thought, that’s odd; let’s try again and by bedtime a Collared Whitestart was most of the way there. In fact I was reluctant to leave it unfinished just in case the mysterious return of some ability deserted me but it was still there the following morning. 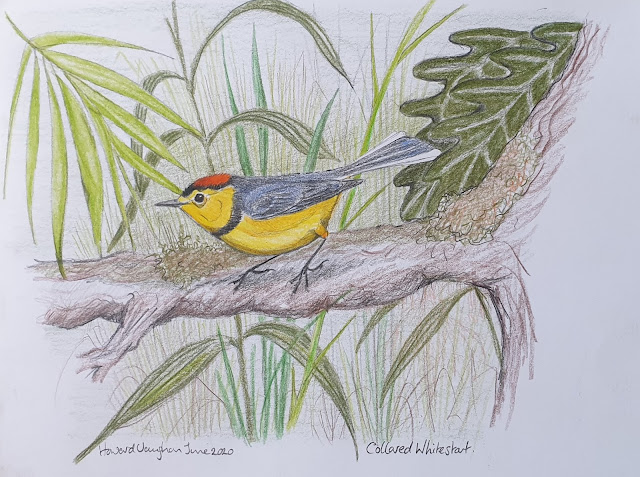 This morning I had another go and a Golden Hooded Tanager and Spotted Antbird took shape in just a couple of hours. 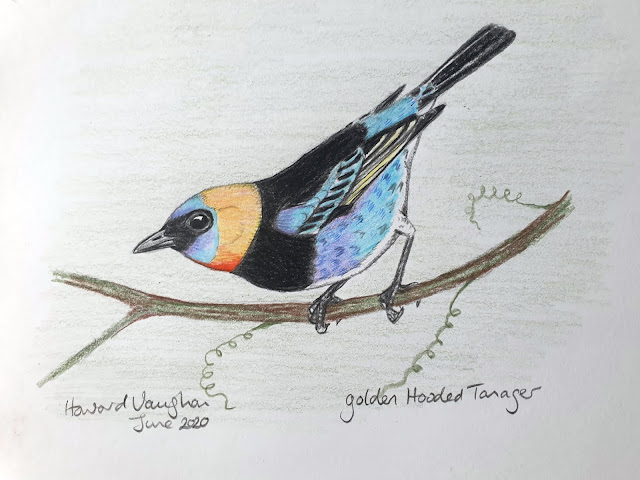 I am sure that I will go back and tinker with all of them as I know my backgrounds and green stuff lack some depth but just for once I will admit to being quite pleased with myself.

I even took pictures of the development of the Antbird which i find quite fascinating to look back on. All are created using blendable coloured pencils. I can add water but have not gone that far yet! 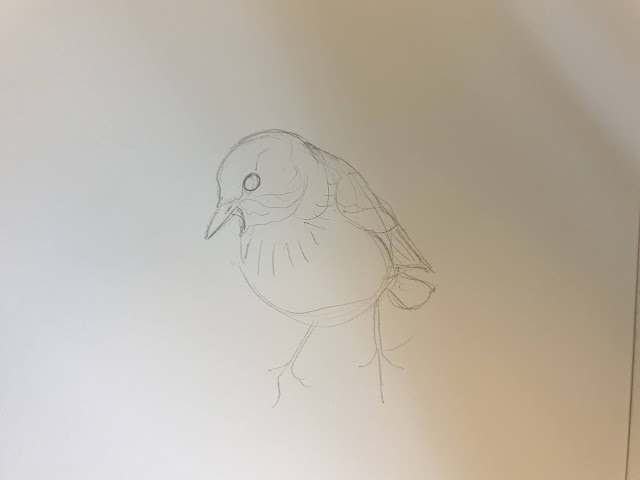 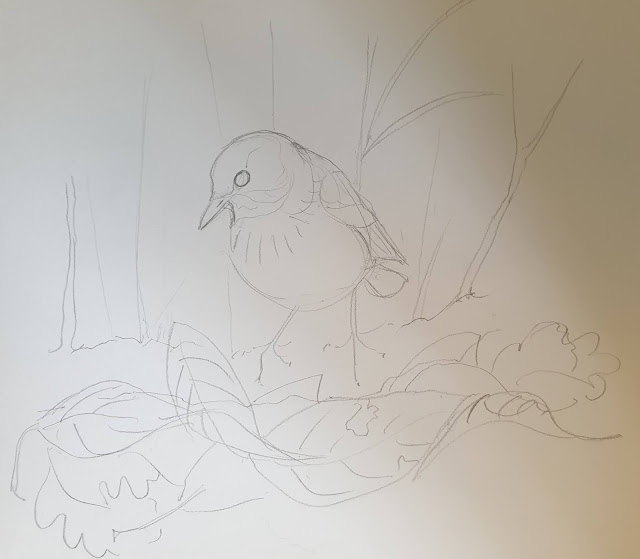 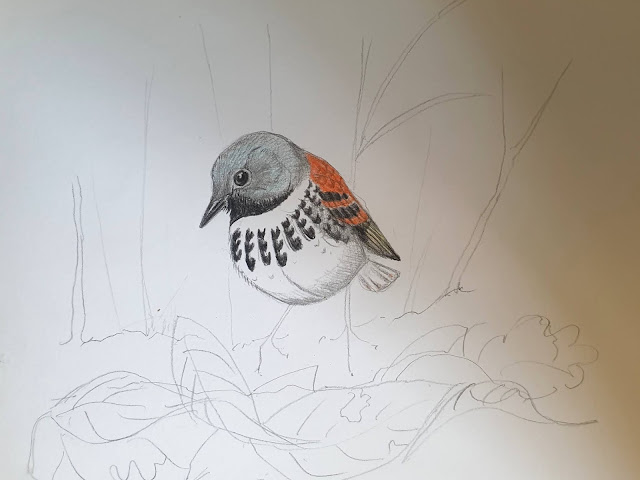 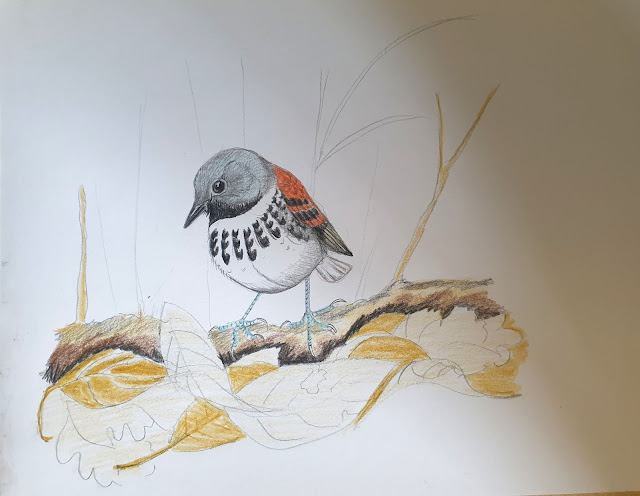 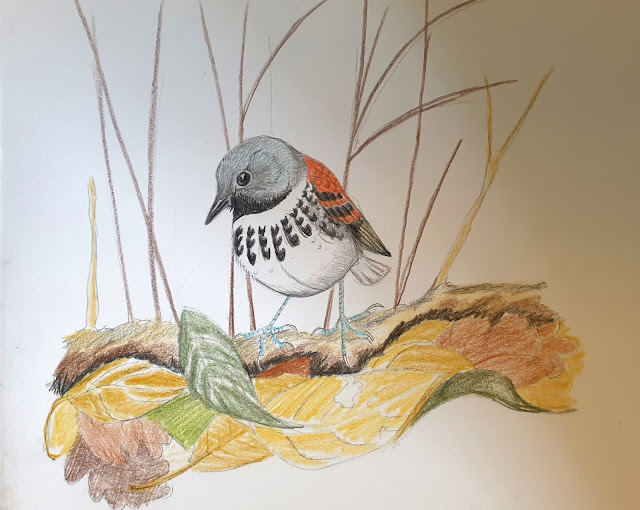 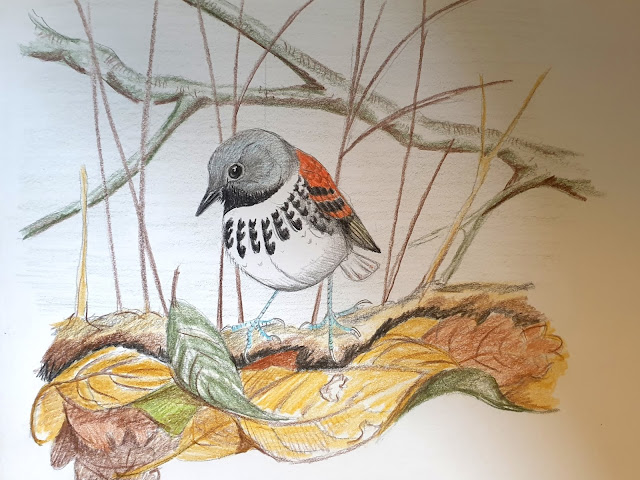 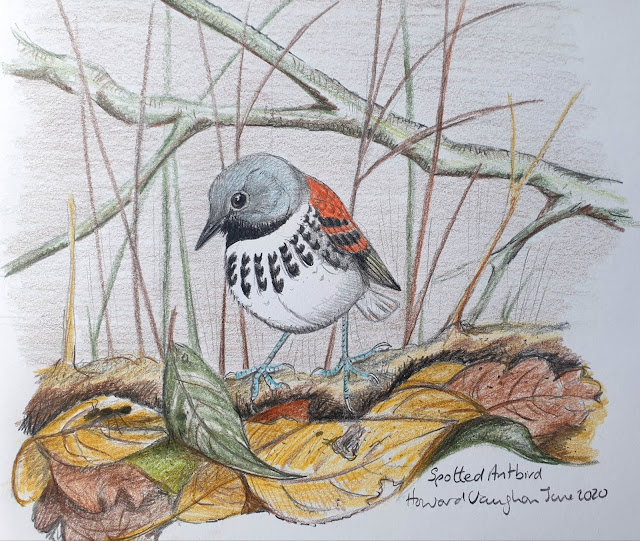 I am almost afraid to stop... 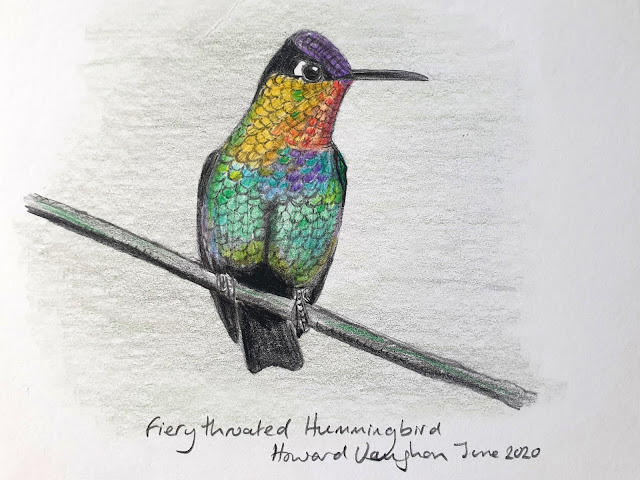 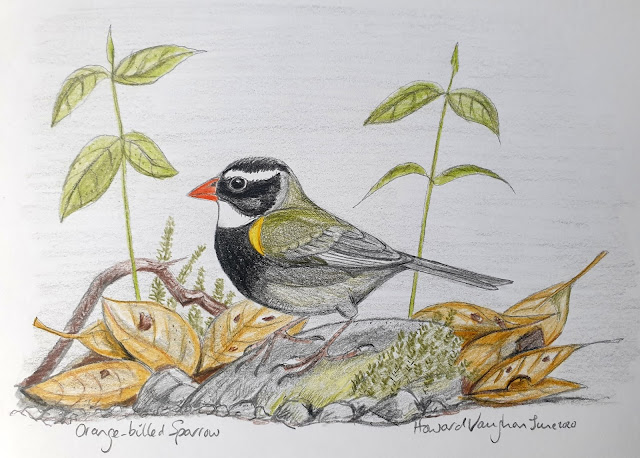 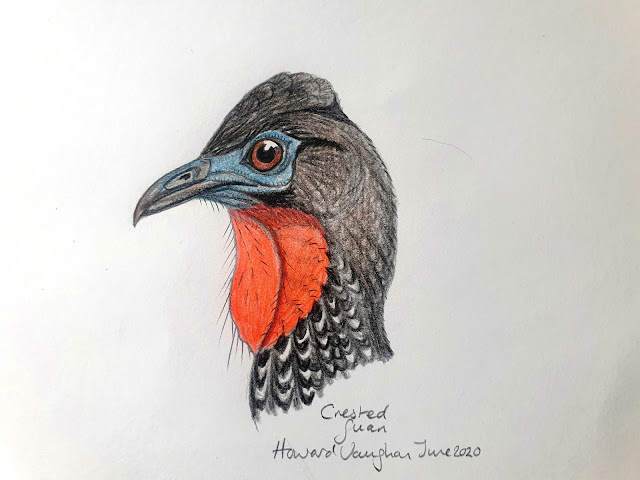 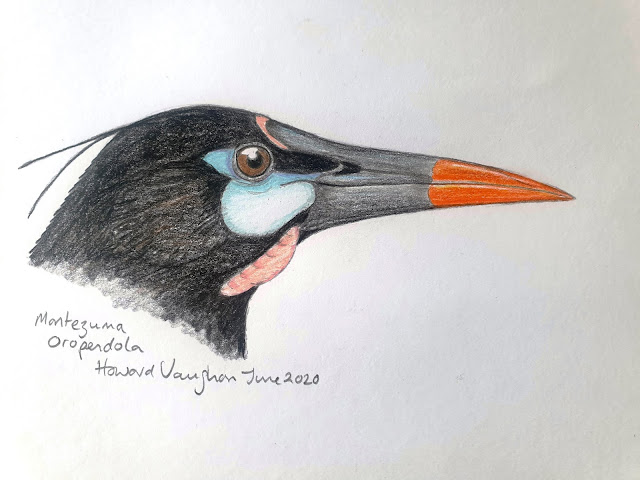 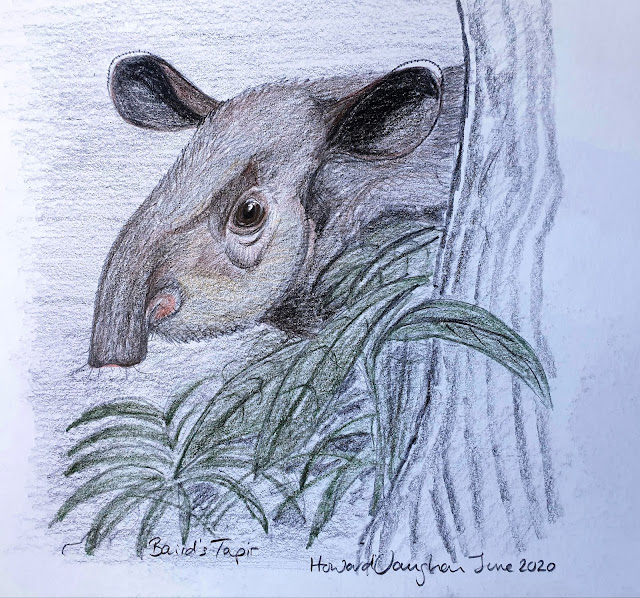 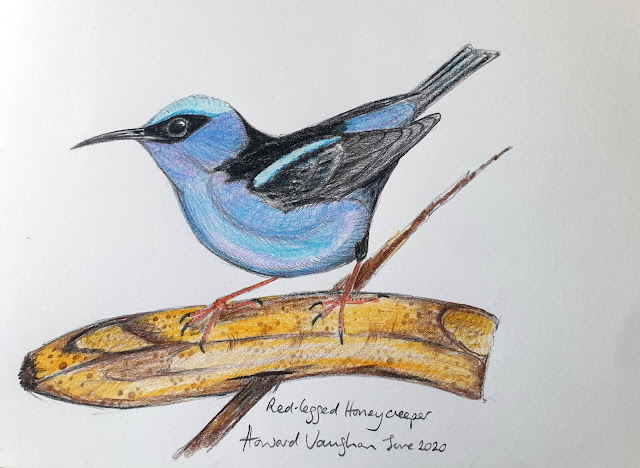 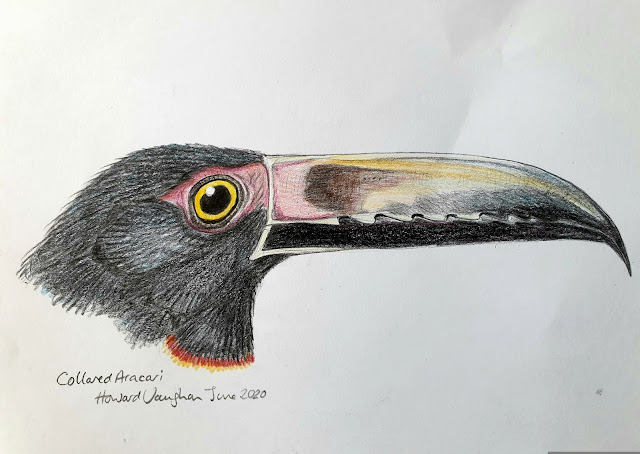 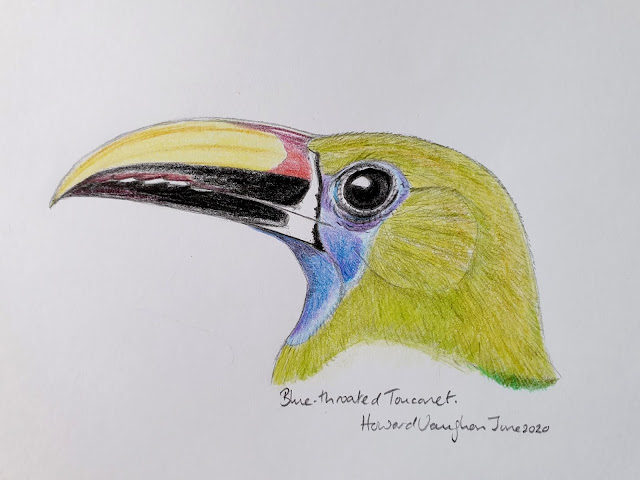 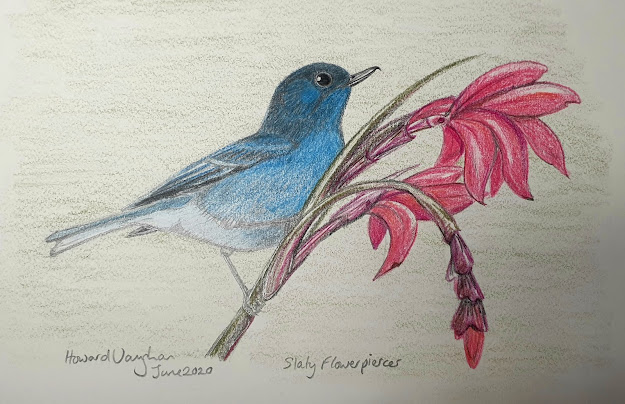 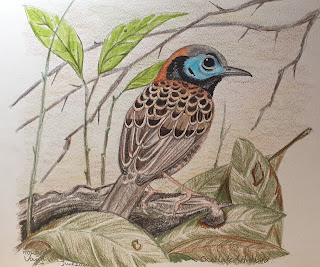