Wake up; tweak back curtains; see blowing drizzle and decide to go for a walk. This was possibly not one of my better decisions but the other options involved lounging in a sloth-like manner in front of the tellybox, grazing on whatever came to close to hand or doing some more crunching of the 2020 ELBF database in front of the computer.

After Andy Millar suggested that my moth leaf mine of Monday on Bramble was likely to be something quite unusual, I decided to head back up the Cuxton Road to try and find my roadside Bramble clump somewhere (according to my photos that day) between the Turkey Tails on the post and the Oxeye Daisy! 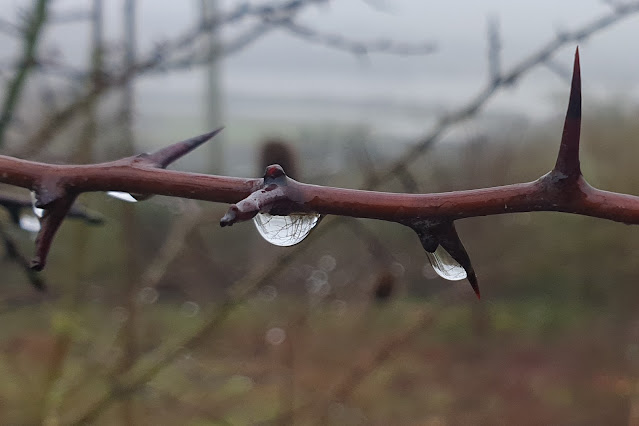 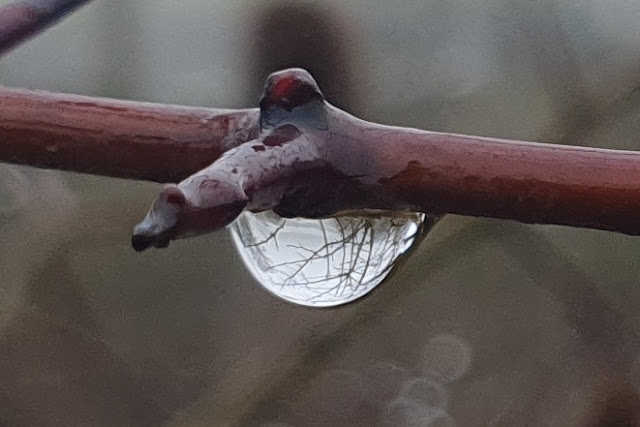 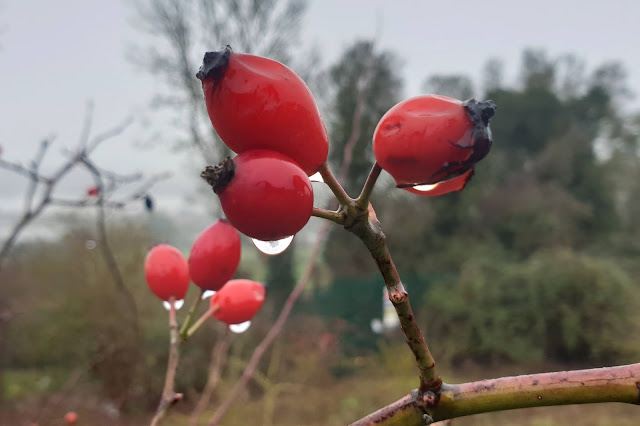 Despite the constant drenching of dirty road drizzle I somehow prevailed and hopefully found at least four of this distinctive leaf mine – one of which again seemed to house a lively Ectoedemia erythrogenella larvae. 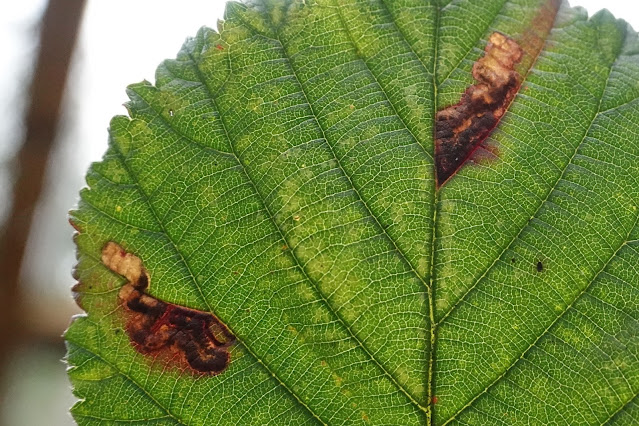 Away from the road the drizzle was less noticeable especially once I was in amongst the trees of Merrals Shaw.  It is amazing how quickly things change and since my last visit to this part on the 31st December the Lords and Ladies, Bluebells and Celandines are already showing through while one vigorous clump of Primroses even had an open flower with more on the way.


I could hear Treecreepers but saw nothing in the grey and silent woods and the only movement was the constant drip of moisture from every bough hand twig. I followed the same route as the 31st, up past the remains of the cabbage smelling Rape field where a calling Siskin became my only new bird for the day.  Redwings called but I could see almost nothing across the fields and even the Carrion Crows looked like nothing more than shuffling sheep sized blackish blobs.  The light was doing funny things to size perception.

It was treacherous underfoot and like the Valley section on Monday, it has obviously been seeing an increase in foot and bike traffic in recent weeks. At this point I had still seen no one else.

The Birch Wood Corner field was silent with not even one Skylark trying to make itself in the murk so I got myself distracted by a wonderfully lichen and moss adorned Hawthorn.  I have had a go at some of the identification but have sent these shots to Bob Vaughan (no relative before you ask!) who very kindly suggested some identifications which amazingly suggested that I was going in the right direction. 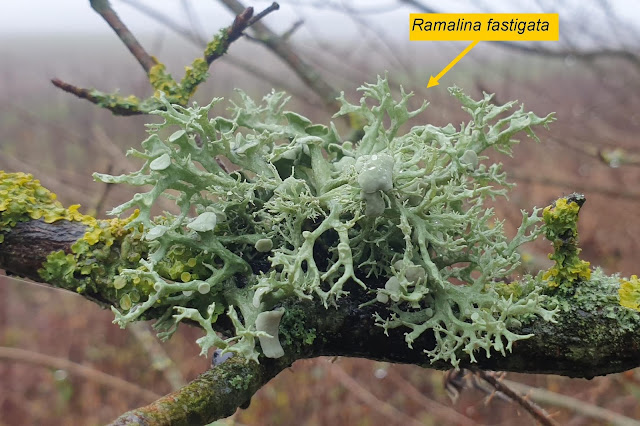 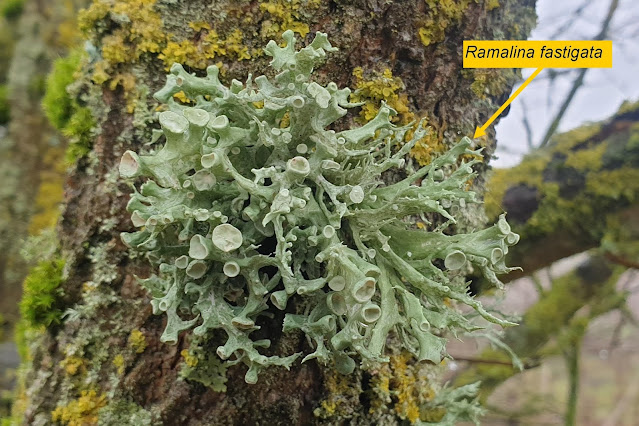 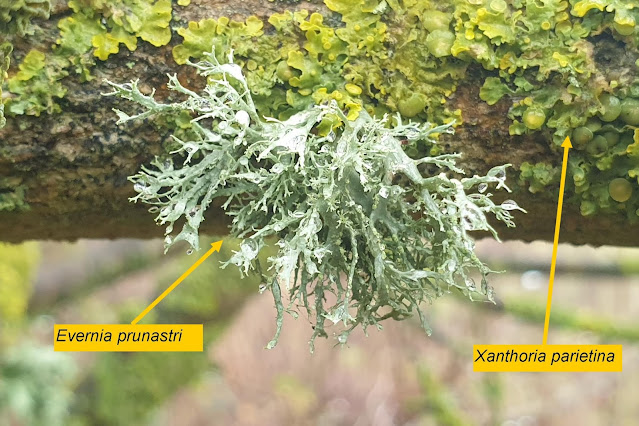 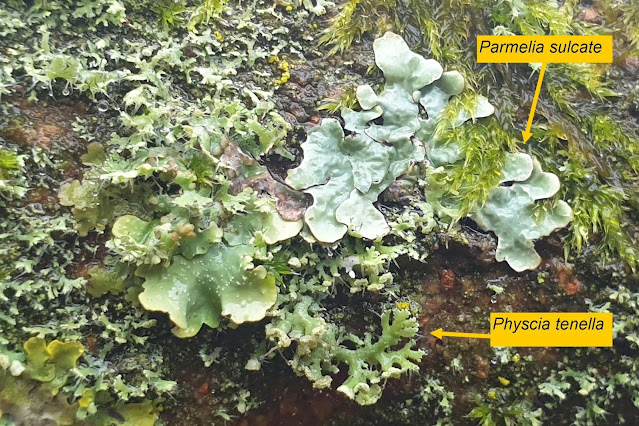 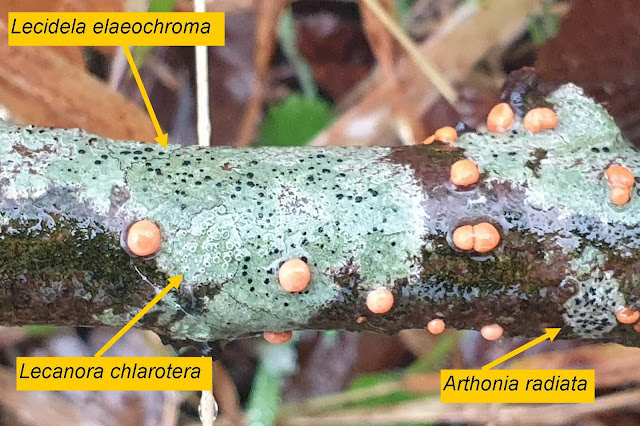 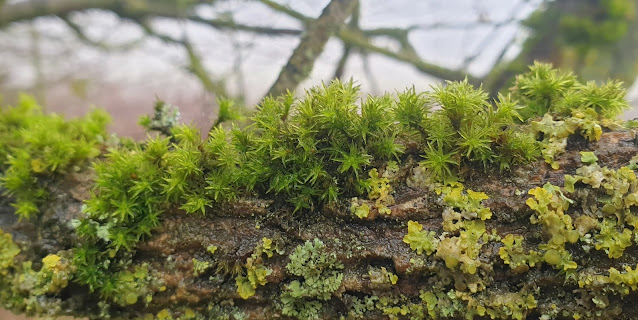 If anyone else can input on these lichens (and the mosses too) that would be great. it would be nice is some could be taken to species. Please do let me know!


I found some huge crowns of Great Mullein and even some Blue fleabane in flower but the weather was making seeing anything tricky so I pushed on stopping only for a check of the Chaffinch and Tit flock that was foraging under the Kitchen Field Beeches.  I was hoping of a Brambling or even a hawfinch but had no joy.

After a cup of coffee and a nice (distanced!) chat with a local Romanian couple out for walk I decided I was unlikely to encounter much more in the deteriorating conditions and so cut up from there to the main ride back to the top of Bligh Way and the downward route once again to home. 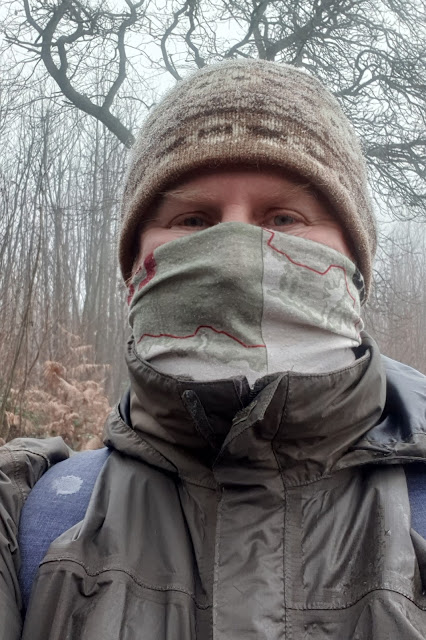 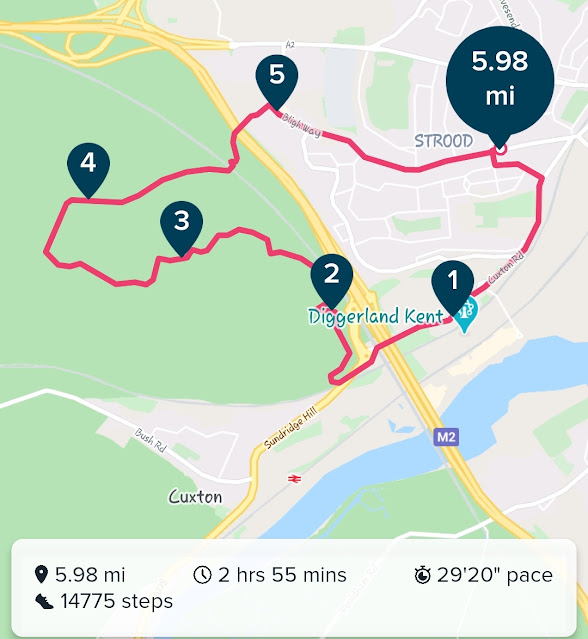