I did not have the best of nights what with the howling wind, driving rain and thrashing trees and even the lure of blue sky outside could not get me out of the pit early on but eventually I succeeded and decided on a bracing Ranscombe Loop via the Cuxton Road way in.

The wind was sharp and in my face all the way up there and I am not sure that I stopped until I was through the car park and onto the trails. I opted for a different circuit and made for the Farm itself before sweeping down and alongside The Valley.  The views down over the Medway towards Wouldham showed that the eastside meadows were well flooded but as usual appeared devoid of any birds even at this range. 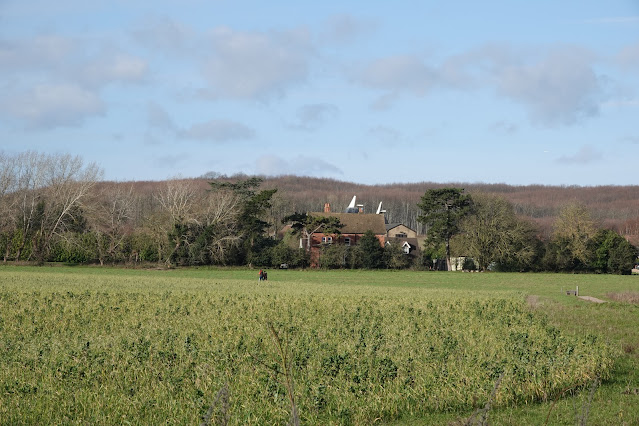 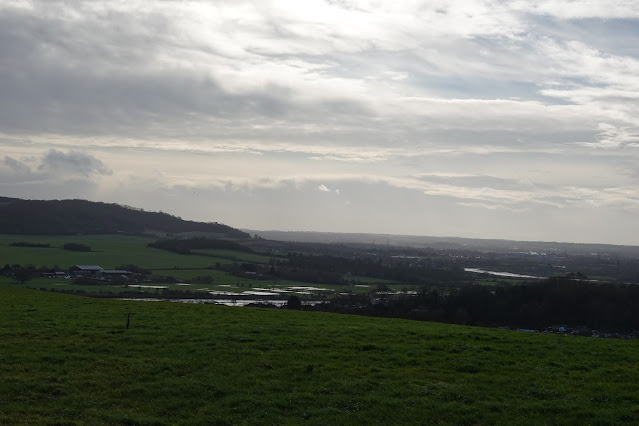 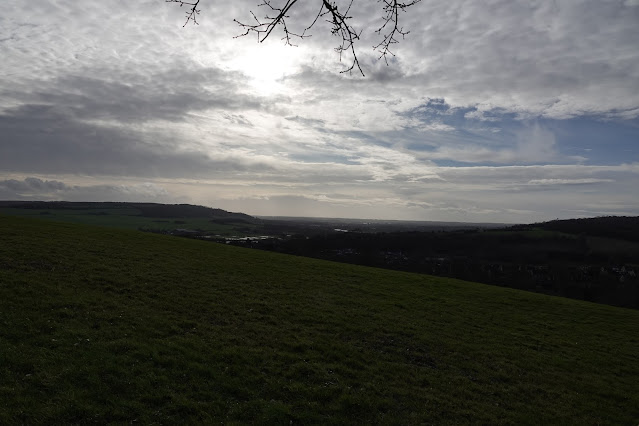 I had a coffee on the bench at Mill Wood with the wind clattering through the Chestnuts and blowing in swirls across the grass with odd leaves caught up in the maelstrom. The sound of the wind varied on which trees it came through with little resistance from the straight Chestnut trunks and a steady whoosh to be heard but the twisting crowns of the Oak and Beech where I sat caused the sound to oscillate and pulsate. If you closed your eyes it was like being under water.

I then got distracted but a pile of logs and their associated Lichens. I had a feeling that this might happen today but as I am still working my way (with help) through the identification of those I saw on Monday, I am afraid to say that you will once again be served a fine selection of species to be labelled at a later date! Oh and there may be some Mosses too... and another Liverwort. 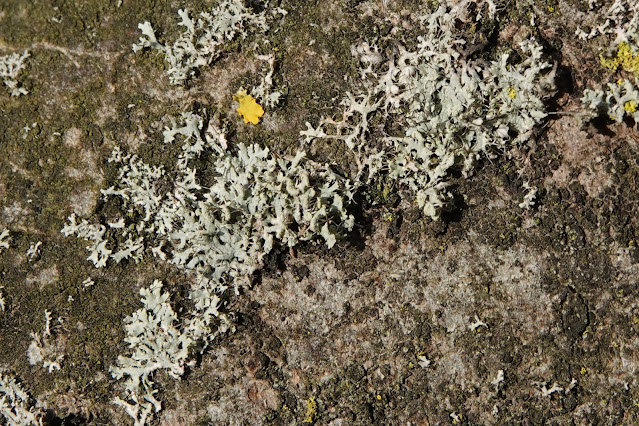 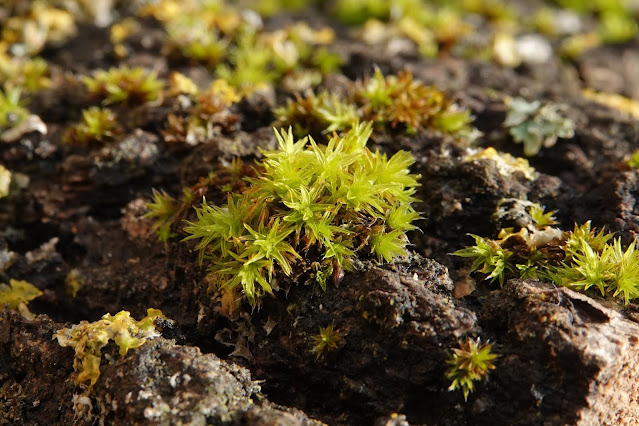 I carried on through Mill Wood, hearing the Bullfinches once again but little else and then crossed Brockles Field where the view to the south-east was clear and momentarily bright. I took the muddy track down past the ‘fist’ branch and once again found myself taking shots of lichens on branches, logs and twiglets.  It is not that I have suddenly become obsessive about them, it is more that I need something to carry my attention at this time of year when the biodiversity on the paths, woods and fields through which I travel is not what it should be even in this notionally quiet time of year. 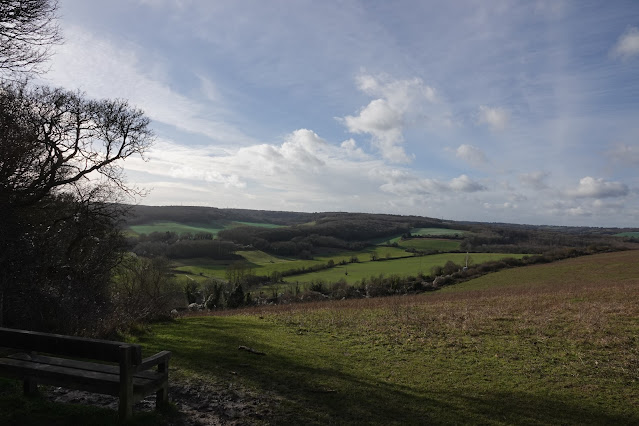 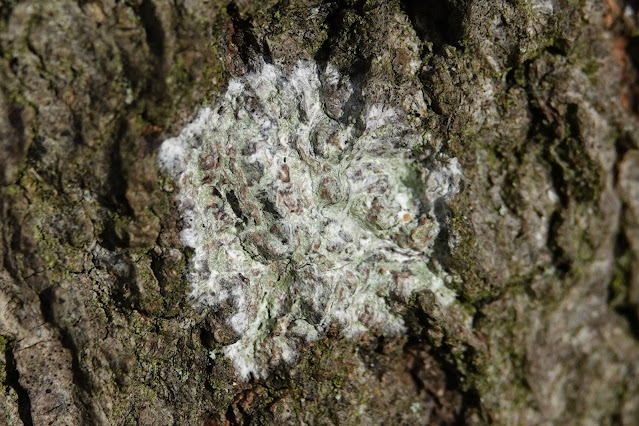 I looped beyond the pine wood path that I took last week and was pleased to once again find a pair of Marsh Tit roving with a flock of their congeners.  Goldcrests, Treecreeper and Nuthatches were also with the small group as they headed back into the swaying pines and firs.

My new path was a deer track but I thought I knew where it would roughly come out and thankfully it did and I could immediately see some of the Highland cattle over the fence.  Up until this point I had only seen a single Redwing so it was good to come across the sound of dozens of birds sub-singing in with the cattle.  They were up in the Ash trees and dropping down in ones and twos to feed in the leaf litter before getting spooked and noisily chacking back up to cover.  They only seem to make this call when in a big feeding group. 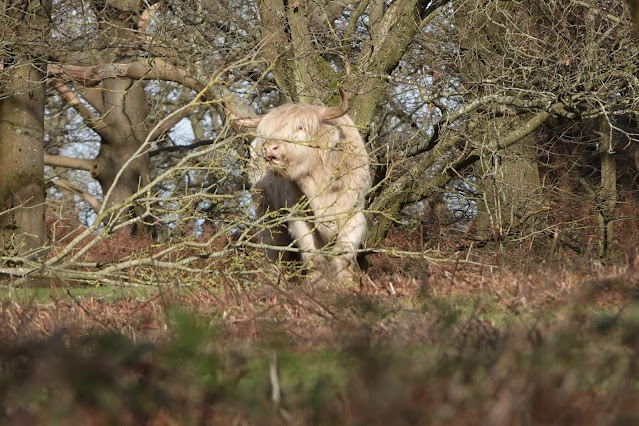 The path was seriously muddy and rutted and all that looking down led me to find a fly mine in a single Celandine leaf which I think is Phytomyza ranunculi which is the one I have found on Buttercup before.  There were some curious fungal growths on a fallen log and more Lichens to look at too as well as what Enid has suggested is a type of Liverwort growing in large patches on the  trees. 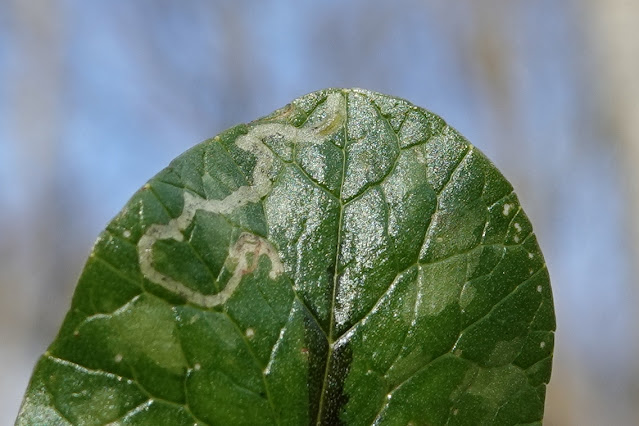 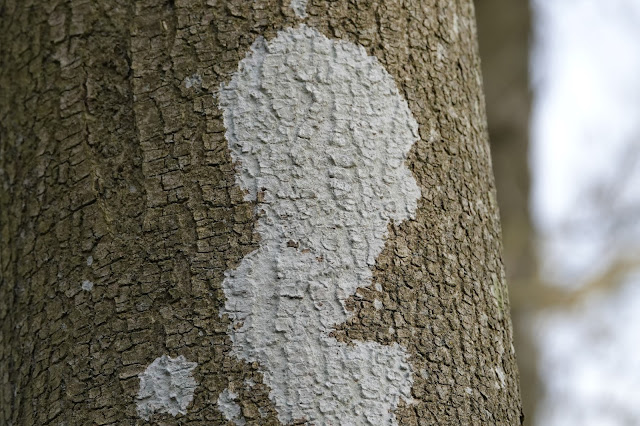 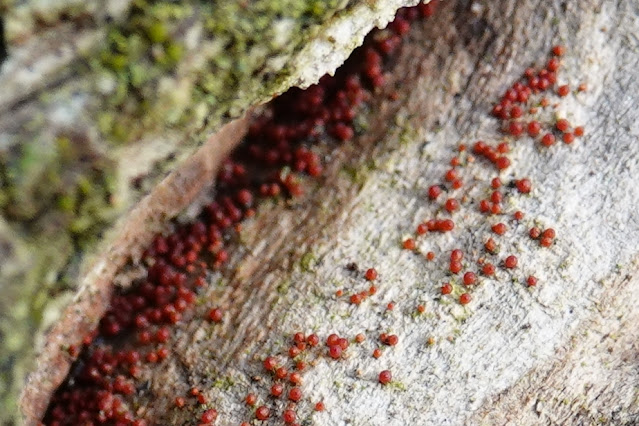 I slipped and squelched my way back up towards the Mausoleum and the main ride home where the rest of the Highlands were grazing and my downhill amble back was only delayed by some fine Mosses and a Lichentastic log with some more as yet unidentified species smothering its every crack and crevice. 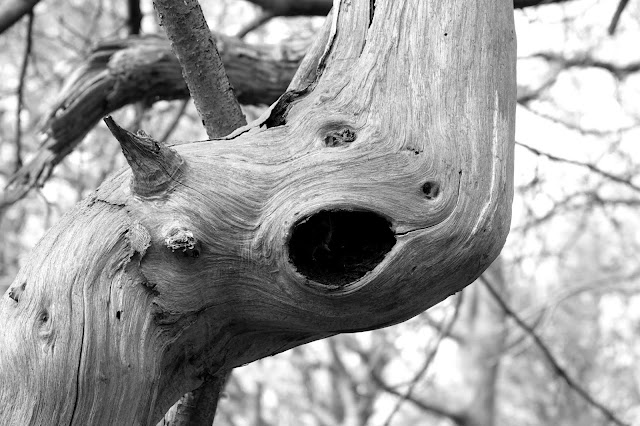 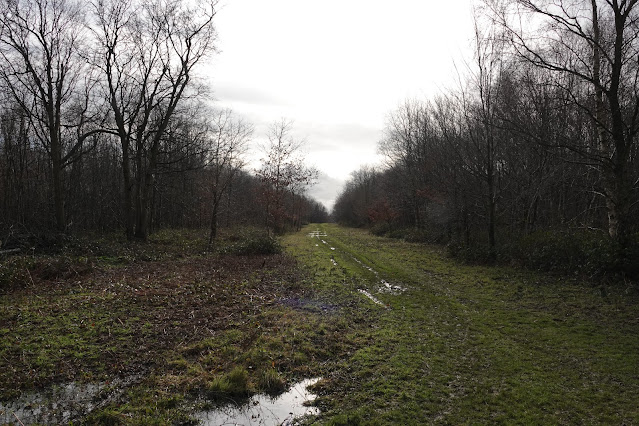 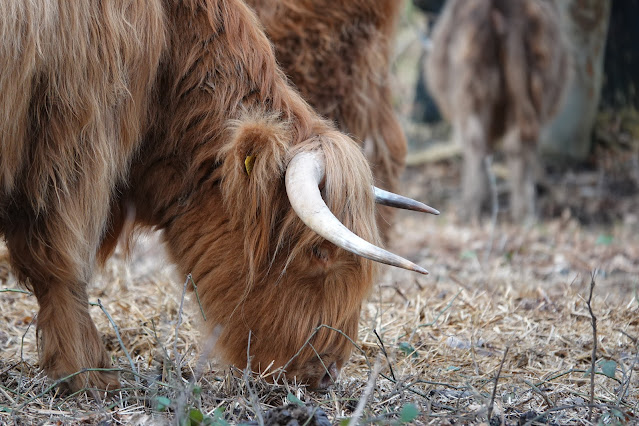 There was one last treat in store though; a freshly erupted Mole hill had a curious looking Flint on its slopes and I almost walked on by until I realised what I had seen, an almost intact cast of a Heart Urchin imprint. 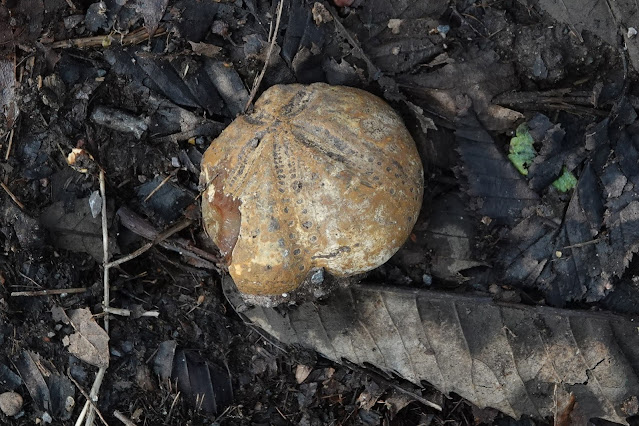 I came home mulling over the fact that roughly 100 million years that have passed since this particular Echinoid perished at the bottom of a warm tropical Cretaceous sea, before having its insides replaced by hardened Flint-forming minerals while being encased in hundreds of metres of Chalk only to have all that soft white rock eroded away over the passing millennia, leaving the almost indestructible Flint on top of the chalk with only a thin layer of modern woodland humus between it and the surface and then to have a Mole unceremoniously eject it into the daylight that it last saw filtering through that shallow sea when Sol was a far younger star. Makes you feel very small.