I found myself north of the Thames on my day off on Friday and decided to head up towards Abberton and Heybridge to ‘do some birding’ but as seems to be the case of late, I ran out of enthusiasm half way there and diverted to Blue House Farm instead as I had not been there before. It is sad to say that I just could not be bothered to drive any further. Anyway, I was soon at the little EWT car park and ambling out onto the site through the meadows into a gusty and occasionally warm breeze for which I was actually glad of my long sleeves. Willow Warbler, Chiffchaff and Whitethroat were calling from the hedge and Starlings with stick on juvenile heads on first winter spotty bodies lines the wires. 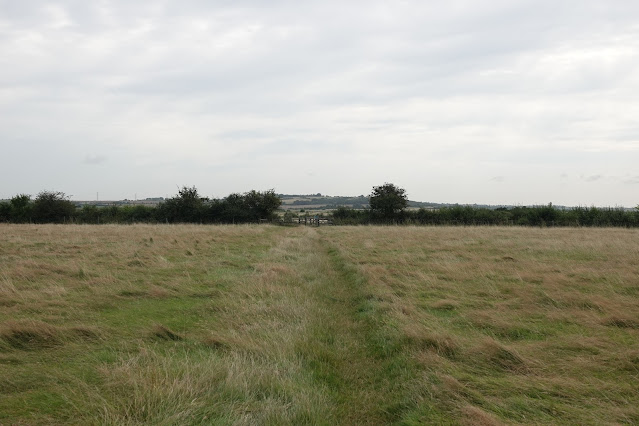 It was just too cool for any insects at all and despite me scouring the ditches and dykes I found not one Dragon or Butterfly. Two Ravens got up from a farm near the main road and flew a few lazy circuits. The first hide overlooks a magnificent scrape of shallow water, muddy edges, sparsely vegetated islands and bare drying flats. The hide looks north and the light was fine despite the gloom. Dave Curl, one of the locals was in the hide and we spent a pleasant couple of hours chewing the fat and scanning through the waders on show and I recorded 14 species.

Ringed and Little Ringed Plovers tottered around with the odd Dunlin and Green Sandpipers and Common Sandpipers were around the margins. Singles and Wood Sandpiper and Greenshank were also found along with a couple of Snipe and a flock of Blackwits. A Hobby careened through spooking everything and added Golden Plover to the list in the process.

A family of Kestrels were always around and I could hear a young Buzzard that eventually popped up over the tree line. There were a few Swallows and Sand Martins and there were Yellow Wagtails with the cattle.

My intention was to complete the circuit but back at Rainham the lads were having a blinding day and so I retraced my steps and went to work... It did not take too long to get there and after a quick hello at reception I scurried out before I got given a job.

A pleasant amble with Pat ensued and all of the hoped for birds performed admirably starting with a spangly Wood Sandpiper on Target Pools and a juvenile Black-necked Grebe briefly in the reeds at the north end. I think that this may be the first for several years.

Marsh Harriers were putting on a great show and a few Yellow Wagtails were zipping around. A Great White Egret was on show on Aveley Pool when we arrived and within a few minutes an adult Cattle Egret got and had a short fly round, sporting a nice orange bill. The male Marsh Harrier then spooked them again and I was convinced that there were now three birds but I had to wait until I got back to the Ramp to find that we also had two juvenile birds. Pete Merchant came to the same conclusion independently. As usual with this species they were a pig to keep track on in the long grasses and ditches.

We had encountered Migrant and Southern Hawkers on the trails and a young Mouse on the path was either a Wood or the more likely (at Rainham) Yellow-necked.

I found my first Neomyia Greenbottle of the season and a chunky Andrena pilipes was seen on some late Bramble flowers. Young Tufted Ducks were still paddling around in front of the Ken Barrett Hide while down below us there were several plump Marsh Frogs and a selection of interesting aquatic flora.

I got back to the Centre having had the most enjoyable walk around in quite some time with no constraints or expectations. Pat bought me coffee and cake to round my day up nicely before I said toodle pip to the ladies out front and headed to Mums for dinner!