Back in February 2009 I was Best Man at David and Suzanne’s wedding at Cley Windmill and last summer it was meant to be the turn of my good friends Debs and Marna but needless to say it never happened.

The drive up was tedious in places with plenty of coastal traffic but by lunchtime I was at Titchwell for a walk.  It was nowhere near as busy as I expected with more dog walkers and beach goers than birders and with overcast skies it was more conducive to the latter but the diggers were out re profiling the main freshmarsh and as such the majority of the waders were tucked in the far corner at the back and the Spoonbills had done an early morning bunk.

It was a pleasant enough walk though and my first visit up here this year.  A Hobby elegantly caught dragonflies over the reedbed where Marsh Harriers hunted and Pied Wagtails and Meadow Pipits scurried around the muddy margins.

I could see Blackwits and Avocets and hear Greenshanks and Ringed Plovers and down on the brackish marsh there were Turnstones and Redshanks while an adult Herring Gull and two whining youngsters squabbled over a freshly dead Common Eel.

The tide was as far out as possible and both Godwits, Oystercatchers, Knot and Turnstones were feeding on the mussel beds while squeaky Sandwich Terns and 12 Scoter passed offshore. It was odd to see more beach goers than birders and off towards Brancaster was rammed.

I retraced my steps picking up cs, three flouncing Wall Browns and four Curlew Sandpipers that came in calling with some Dunlin over my head.  Seven Whimbrel came in off the sea and headed inland calling as they did so.

A quick coffee and then east towards what I believe is called North Pool at Wells.  I saw this wetland area from the A149 back in February last year but had never stopped to look.  There were plenty of waders here with Green and Common Sandpipers, Golden and Ringed Plover, adult and juvenile Ruff, Greenshank, Snipe and Blackwits while a juvenile Spoonbill preened amongst some Avocets.

There were Geese everywhere with Canadas, Greylags, Egyptians and even six Barnacles and amongst them strode a fine adult Common Crane that managed to walk behind one obstacle or another whenever I switched from scope to camera!

There were Gatekeepers and Walls Browns here too and a male Marsh Harrier had a good go at catching a wader for lunch just before I left.

After checking in at Cley Windmill it became a lazy evening with my first ever visit to the Cley second hand book shop and a few arty snaps of the ‘wedding scene’ just in case the weather was dire the next day. I got us dinner in Sherringham where more Whimbrel passed over the heaving town centre and a drink with the ladies in the evening rounded the day off. 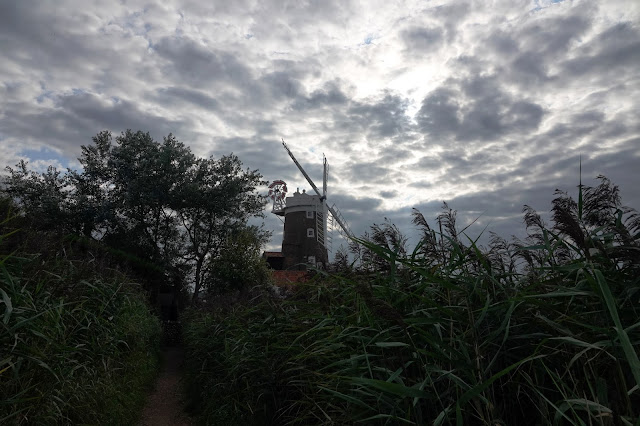 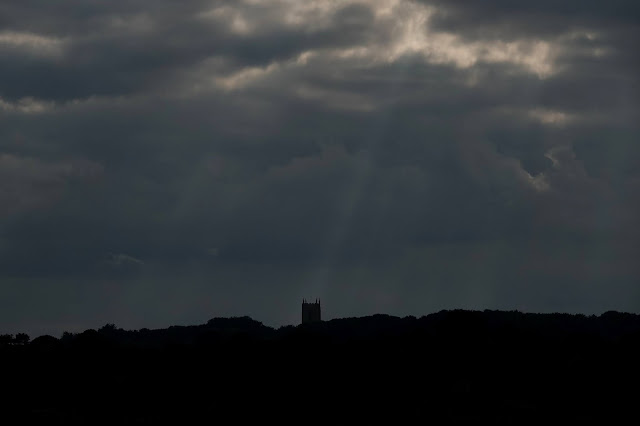 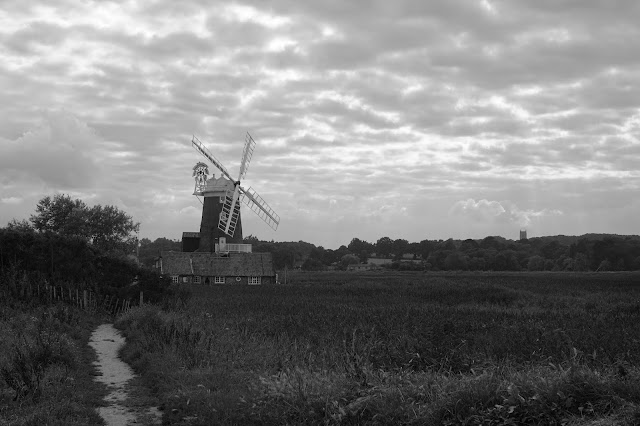 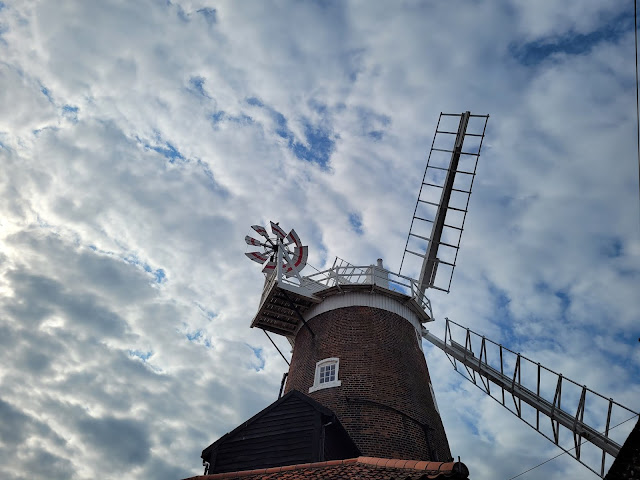 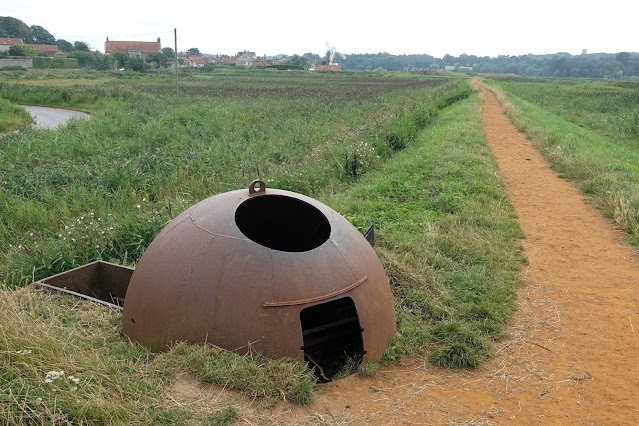 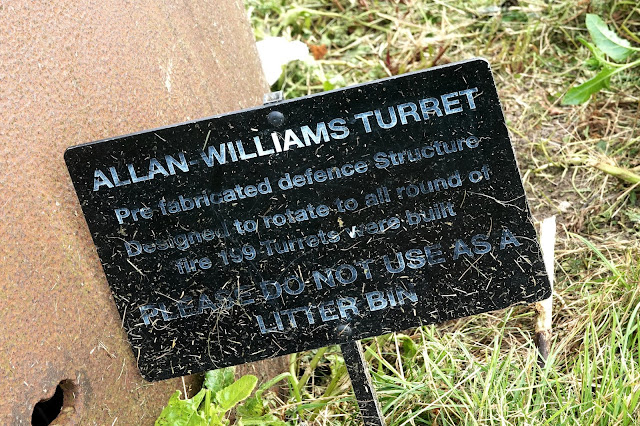 Saturday was Wedding Day but not till 4pm which gave me some post breakfast birding opportunities.  It was grey and threatening but not cold as I walked down the East Bank. Two microlights once again pushed everything off Cley and, like at Rainham, I am sure it is illegal to fly that low over a SSSI let alone dangerous when several hundred birds take to the air.

There was a good selection of common waders on Arnold’s Marsh and more young  Sandwich Terns following parents around but it was generally quiet.  It was great however to bump into Nik Borrow for the first time in many years. He was part of the ‘grown up’ crew along with Charlie Wilkins and Ian Lycett who took me on my very first long distance twitches back in the late 1980’s. I still have a fine original piece of artwork from Nik on my wall of both Goldcrest and Firecrest in an autumnal Sycamore. 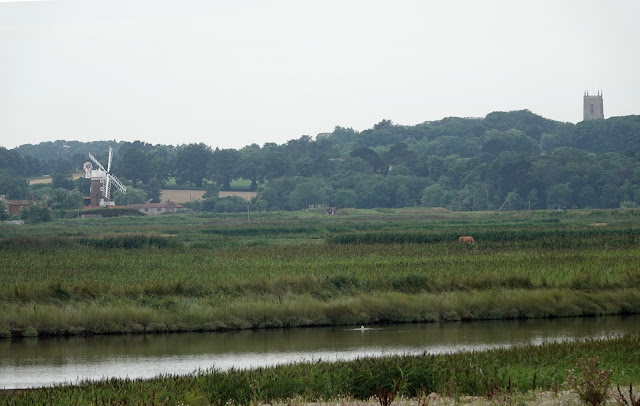 With the weather holding I went to Kelling for a walk down to the Quags. It felt birdy but in fact I heard a couple of Chiffchaffs and a Whitethroat and that was about it although a Water Rail did come up out of the clear stream and clamber through the hedge.

My quarry was avian but not a bird as I was after Red-veined Darters that have been established here for a few years now and I soon found several tandem pairs dip egg laying in the pool but alas none would come and settle on my side of the fence.  However, I could see them well enough and their wings shimmered red in the weak sunlight.  Emperors were the commonest Dragon down there.  I checked the Hogweed and Ragwort for other inverts and found several Tachinids and the imposing Mesembrina meridiana along with a very pointy Robberfly.  There were a few Hovers but it was the male Volucella zonaria that I was most pleased to find.  I am not sure if I have seen one in Norfolk before.


The rain started at about 3pm and it looked like the service was going to be in the mini marquee rather than outside in the grounds but at the last minute the Rain Gods gave the ladies the break in the weather they needed and it all went perfectly and even lasted till after the pictures had been taken. 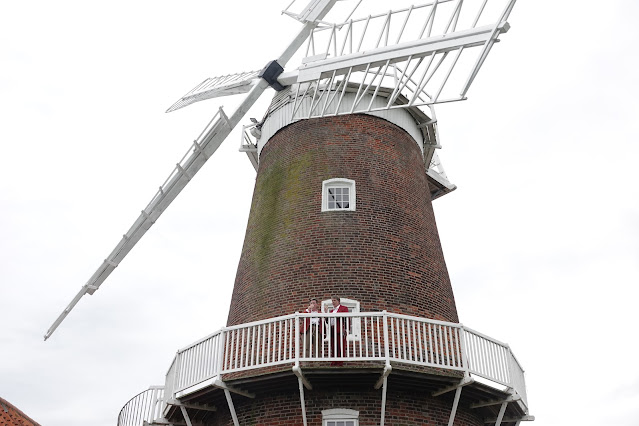 Sunday dawned very grey and threatening and I actually packed the car before breakfast which was shrewd move as it happened as the heavens opened during repast and as we sat our goodbyes it only got worse.

I drove into the rain around the entire Norfolk coast on our route down to Lowestoft and the Wrens and it only really let up as we hit Caister.  Amazingly the sun them came out and a glorious afternoon and evening was spent in their garden and while the ladies caught up, Antony and I gave the garden a good going over in what basically became a mini bioblitz. There were at least 11 Hoverflies, four Bumbles, several other good flies, Field Grasshoppers, Wolf Spiders, six Butterflies, two Dragons, Ant Damsel Bugs, a Sharp-tailed Bee, Bishop’s Mitre and three Ladybirds.

Unsurprisingly there were a plethora of moths to looks at.  Antony identified a little brown one that I found the other day while out with Nicole but it had only been seen a couple of times in Suffolk before but as if my magic one appeared on the Fleabane within minutes of arrival. He was most pleased.  His stash of moths from the previous night were roosting up prior to an evening release and this gave me the opportunity for a crash course (once again) into the world of the Macro.   I am hoping that my memory has served me well in putting names to those I snapped...

So here goes nothing... feel free to correct me!


Swifts still zoomed overhead and a groups of Swallows lingered around while three female Sparrowhawks circled above resulting into two in full ‘get off my land’ shenanigans.  There was a fine Chinese for dinner and even the long journey home in the dark did not seem too onerous after such a lovely day.