A westish sort of day that saw us heading out along the coast after breakfast stopping briefly to watch a Grey Heron, Great White Egret and two Flamingos feeding in the calm shallow bay before entering into the dry, almost desert-like terrain. 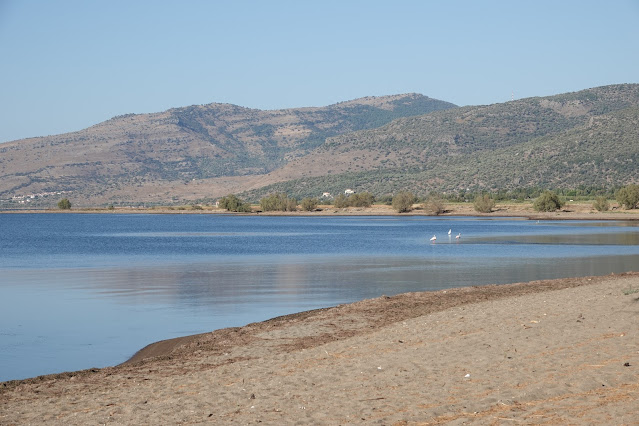 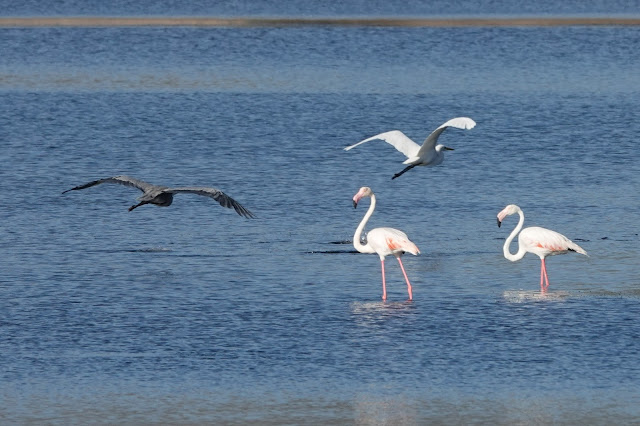 Rock Nuthatches, Eastern Black-eared Wheatears and Crested Larks were frequent roadside birds along with a small party of Rock Sparrows and the odd Red-backed Shrike and Spotted Flycatcher. As the road started to drop down into the valley below Agra a stunning dark juvenile Honey Buzzard appeared at eye level alongside the car as it steadily flopped inland. One of the best views I have ever had of this enigmatic species.

Not long before Eresos I took the track up to Pithariou Reservoir in the hope of a repeat of last September and sure enough three energetic Eleonora's Falcons were ruling the skies and striking terror into the masses of hirundines present. They were frustrating to photograph as they always seemed to show best at the spot I had just vacated. 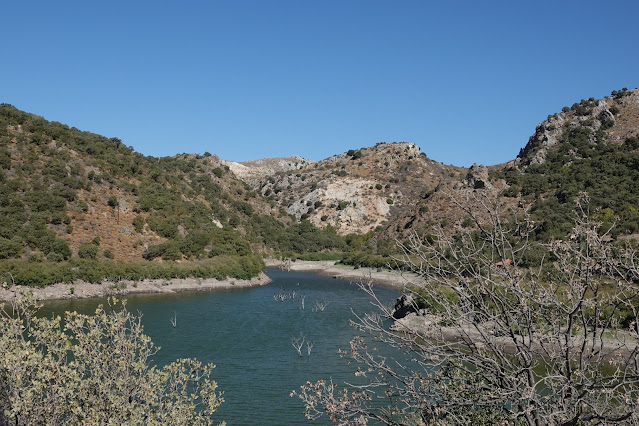 At least 35 Crag Martins were amongst the three other species present and this subtle bird is always one of my favourites. Two Ruddy Shelduck were new for the trip list and a throng of Cormorants were feeding en masse while two Black Storks and Grey Herons were on the edges. 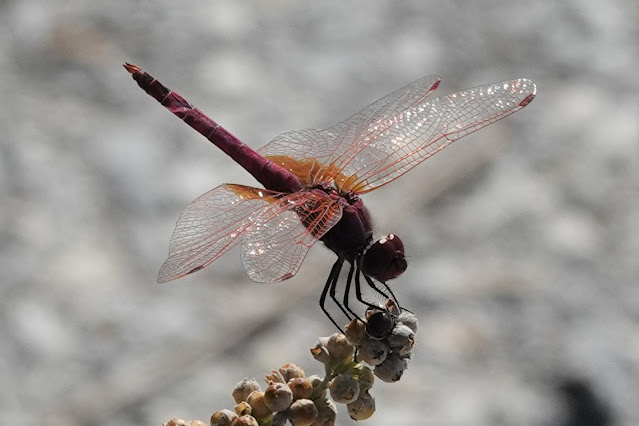 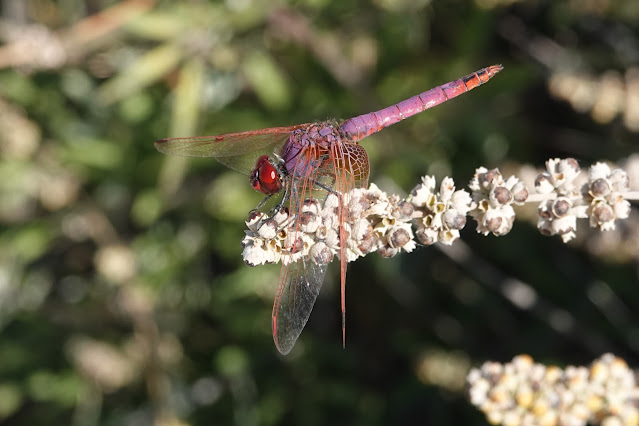 From here it was up through the middle to Ipsilou where the new roundabout at the junction for the monastery and Andisa was causing some consternation with the local drivers! Lunch was taken on top of Ipsilou where Ravens tumbled and Short-toed Eagle and two juvenile Montagu's Harriers circled South. 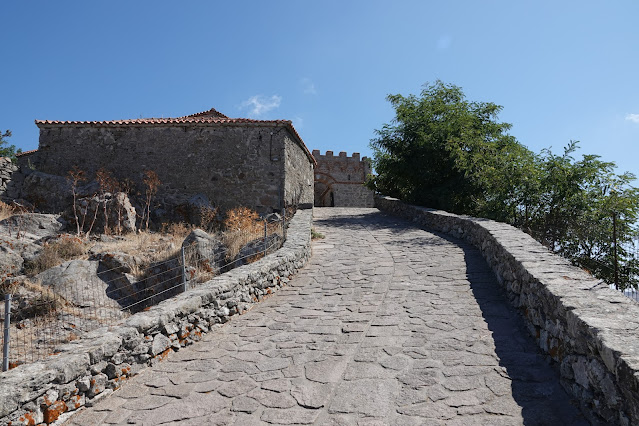 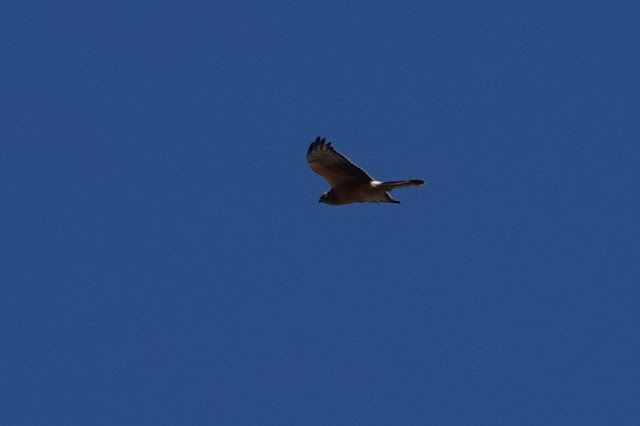 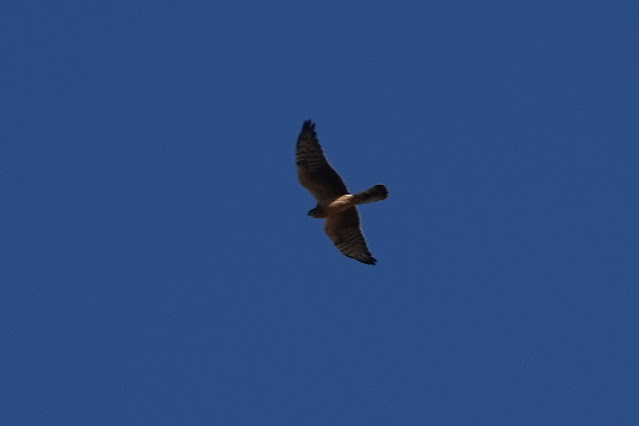 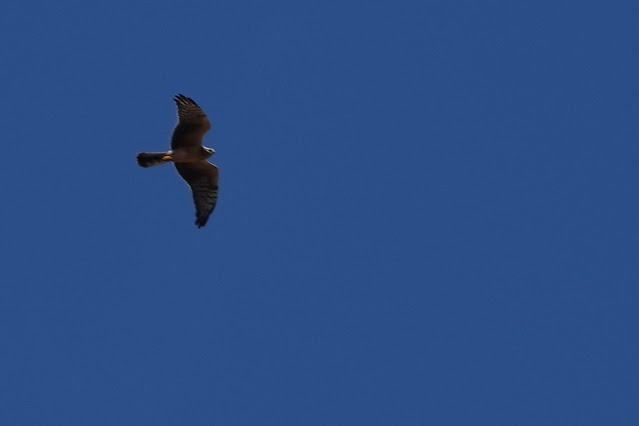 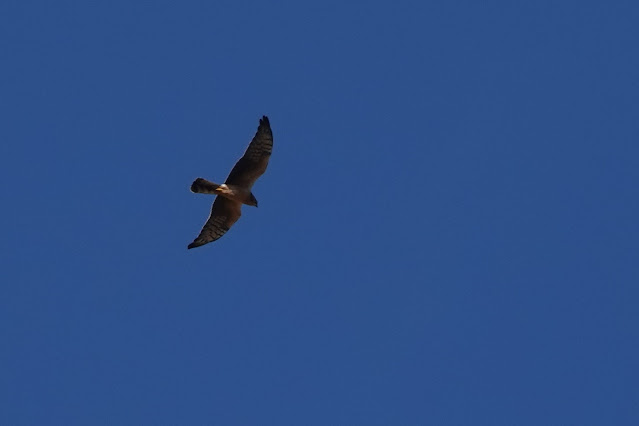 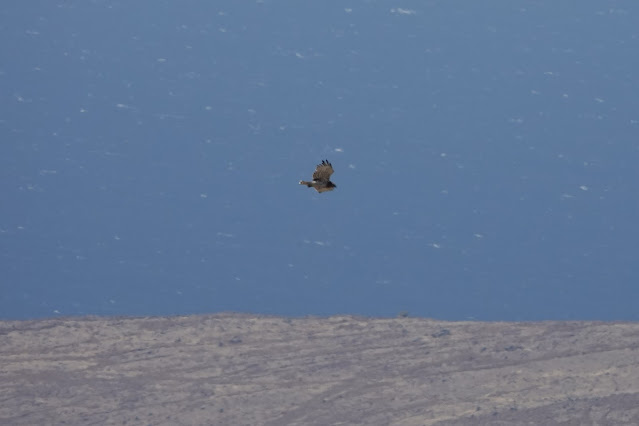 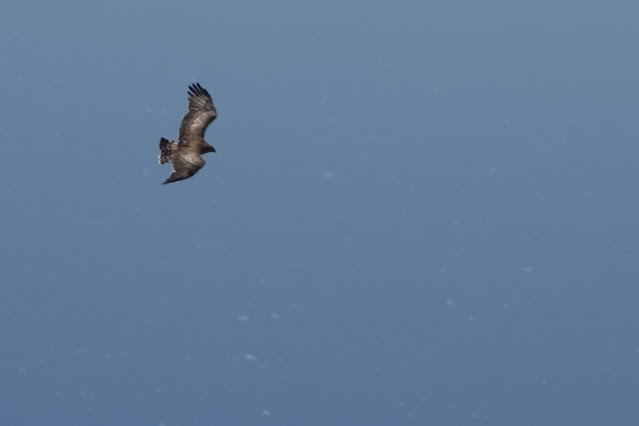 I wandered through the old paths and Oaks and found a few Sylvia Warblers including my first autumn Eastern Orphean, Willow Warblers, Sombre Tits, Middle Spotted Woodpeckers and to my surprise a pair of Wood Nuthatch that after showing well in one of the big Oaks proceeded to fly up to the Monastery roof and search under the eaves for inverts more in Rock Nuthatch manner. This is the first time I have seen our Nuthatch away from trees or wood of some sort. I saw my first Lesvos ones here ten years ago but never since and only usually at Agriosikos.


Rock Nuthatches were encountered alongside the road and Small Copper and Great Banded Grayling were the only butterflies.  There was a distinct lack of reptiles with just a few young Snake Eyed Lizards scurrying ahead of me while two Persian Squirrels did their best to avoid me getting a good look. 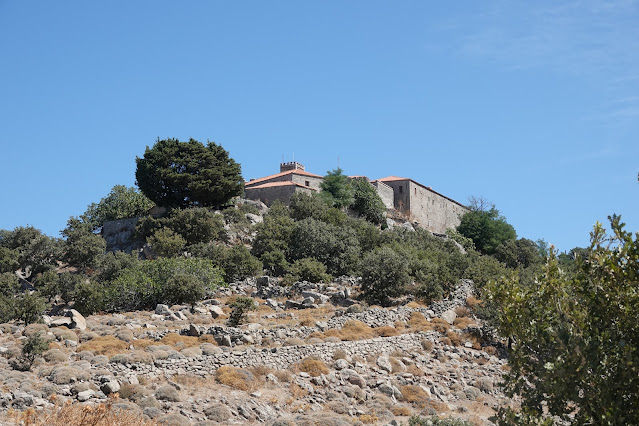 The northerly route was followed home with nothing ornithological of note but the views are always appreciated.

An early dinner and then down to the Eastern salt pans to meet Eleni for an evening walk. It was good to finally catch up after years of odd hellos here and there. As the sun dropped the light improved and there were eight sleepy Dalmatian Pelicans in their usual spots along with 16 Spoonbills, three Black Storks and numerous Great White and Little Egrets. Spotted Redshank was added on call to the list and three Grey Plovers, five Curlew and a few Greenshank and Redshank were seen.

Slender-billed Gulls were patrolling the margins and a female Marsh Harrier was quartering although I did not see the Osprey Eleni had seen just before I arrived. Several hundred flava Wagtails headed off to roost and a Hoopoe flopped across the main channel. Corn Buntings were gathering and Willow Warblers, Whinchat and Red-backed Shrike were seen on the fences as we walked back in the twilight. 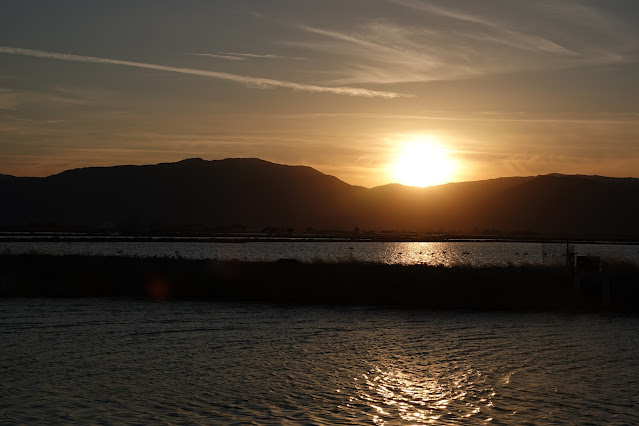 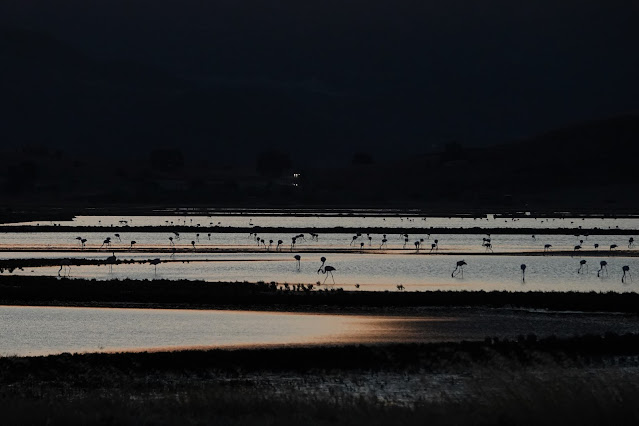 We bid our farewells and headed off after a very pleasant couple of hours. The bump back through the middle was a Bat haven once again and Green Sandpiper and Stone Curlews were heard. Amazingly a Nightjar was out hunting once again and then a male was seen just too late on the path side before taking flight, flashing white in the wings and tail!

Just before the Ford an Eastern Hedgehog stopped me in my tracks and I had to gently move it on so that I could proceed and then I had to avoid both Green Toad and Levant Water Frog before finally getting back to the Pela where a Scops Owl started up over the backdrop of easy listening reggae Dire Straits. 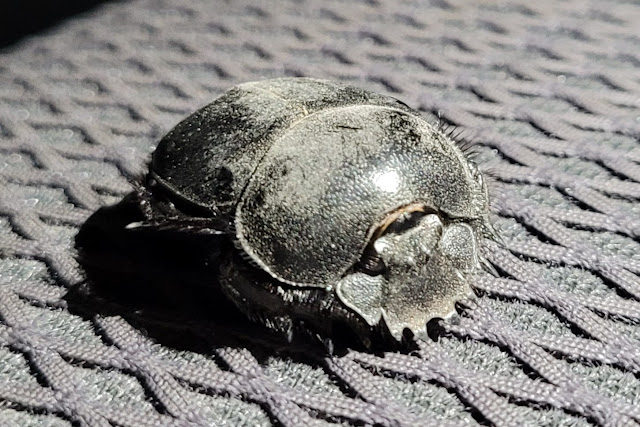