That getting up early thing did not happen again but I made it to breakfast on time and we were on the road before 8.30 with a first stop at the Parakila Turpentine trees to get the day out started. I spent a pleasant half hour walking between the fruiting trees and they did not disappoint with several each of Lesser and Common Whitethroat and two peachy throated first winter Eastern Subalpine Warblers which were the first autumn ones I have ever seen. Like the 'throats, they also like the ripe figs and were tucking in with gusto.

Eastern Black-eared Wheatears and Northern Wheatears fed from and in the trees and there were Chaffinches, Greenfinches, Blue, Great and Sombre Tits in attendance. Cirl Buntings were under the Olives and Red-backed Shrikes and Spotted Flycatchers dipped out after aerial snacks while up above a flock of Bee-eaters were concentrating their efforts around the local hives. Middle Spotted Woodpeckers bounded around and an excited Hoopoe strode about with is crest up like a Village People extra. Rock Nuthatches saw off a prowling pussy and Woodlarks and Crested Lark sang in the cloudless sky. All this was within a 100m of the car.

Down to the end to turn round where a pair of Stonechats showed next to the car and there were 32 Med Gulls on the stone harbour wall.

A quick diversion down to Tavari added nothing new but there were Shrikes, Flycatchers and Wheatears down there too. I hoped for Shearwaters offshore but there was nothing bar a fine view of the islands to the south. On to Pithariou Monastery where four vocal Eleonora's Falcons were tumbling high above. There were almost no hirundines this time but still 47 Cormorants and a single Wood Sandpiper. 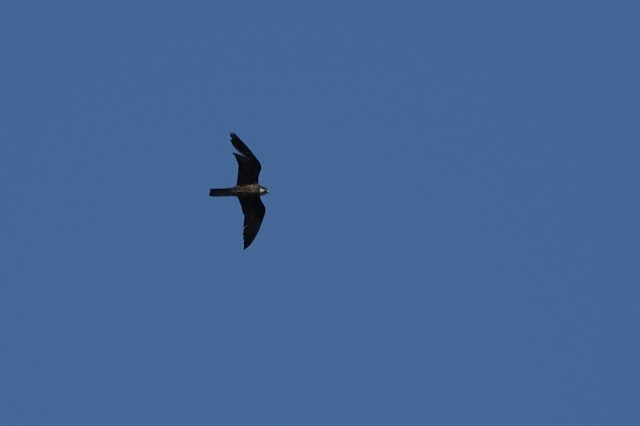 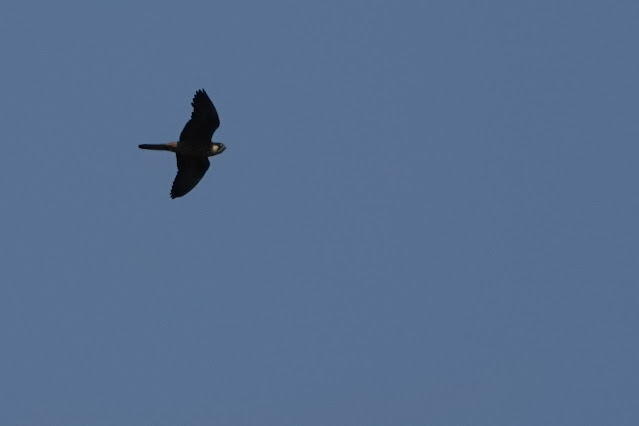 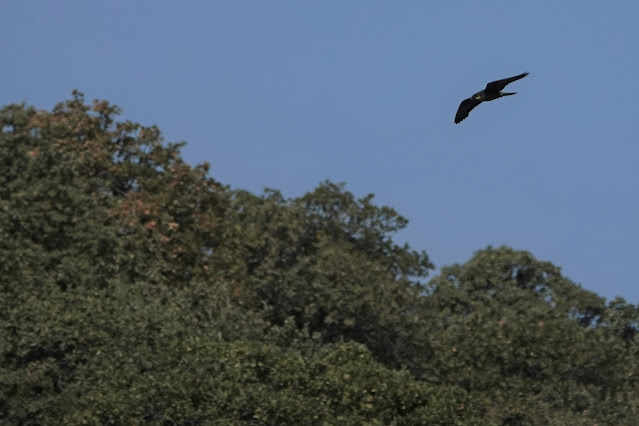 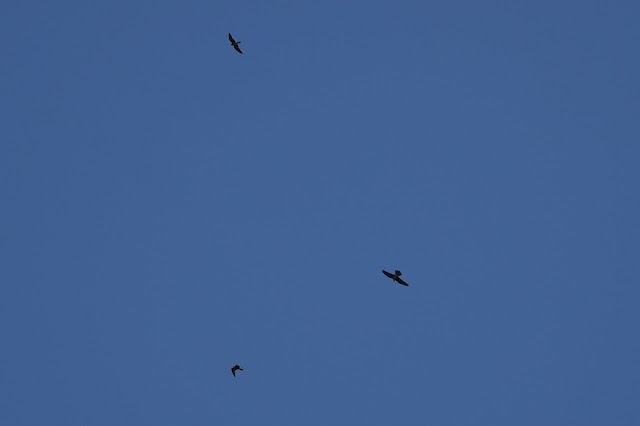 Now, I know that the Eresos to Sigri track is quiet this time of year but I can hardly visit the island and not bump along the track? It was as expected but the views are always majestic and the constant company of Rock Nuthatches, Wheatears, Crested Larks and Stonechats did not make for a dull drive. Occasional Woodchat and Red-backed Shrikes appeared on wires along with the odd Spot Fly, Willow Warbler and Whitethroat and once down in the Meladia there were Tawny Pipits and Sombre Tits in the Fig Grove.

A male Lesser Kestrel, two Common Buzzards and Short-toed Eagles scoured the hills and down by the seaward end of the still flowing river there were dozens of loafing Terrapins and Lesser Emperors, Red-veined Darters and Violet Dropwings but the only other birds were a Cetti's Warbler, Blackbird and a surprise Spotted Redshank that flew off calling during lunch.

The bump along continued towards Sigri passing Rock Doves but no Little Owls on the way before dropping down to the village and then onto Faneromeni.

The alfalfa fields had been harvested but were still dotted with 40 Chats and many flava Wagtails. Shrikes were seen on the drive down to the beach where a Little Egret fed in the river mouth while Lesser Emperors and Black-tailed Skimmers zipped around it. Once again the sea was devoid of a single bird and so after a paddle in the waves I headed back through seeing an immature Golden Oriole and a lone juvenile Turtle Dove in the process. 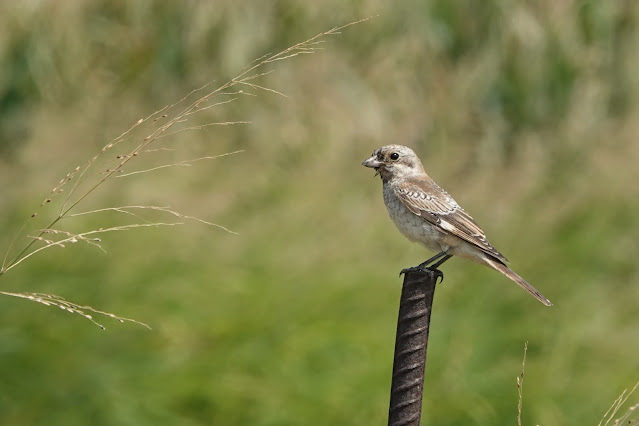 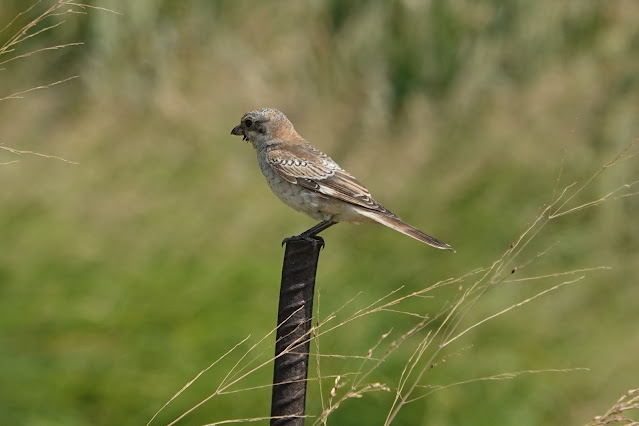 There were more Red-backed Shrikes and Spot Flys on the way to the Lower Ford which was unsurprisingly lacking in water and life. We passed Bee-eaters, Red-rumped Swallows and Rock Doves on the way out before swinging uphill towards Ipsilou on the still incomplete super wide 'coach road' stopping only to look at the massive fossilized stump of a tree in the roadside escarpment and a bonus Isabelline Wheatear.  There was nothing down the Petrified Forest road. 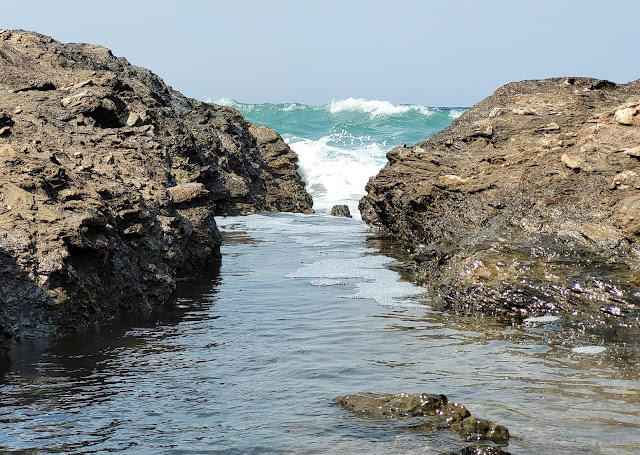 Perivolis Monastery was the next stop and a bundle of five kittens appeared on cue although obviously none of these were last year's young. I wandered off and found a little water in the river course and with it a selection of birds coming down to bathe and drink with Spot Flys, Chaffinches, Greenfinches, Goldfinches and lemon rumped Serins, Cirl Buntings, Blackcap, Willow Warbler, Blackbird, Blue and Great Tit and a male Redstart. Middle Spotted Woodpeckers were in the Olives with Black Capped Jays and bounding Persian Squirrels and two Ravens saw off a completely non plussed Short-toed Eagle. 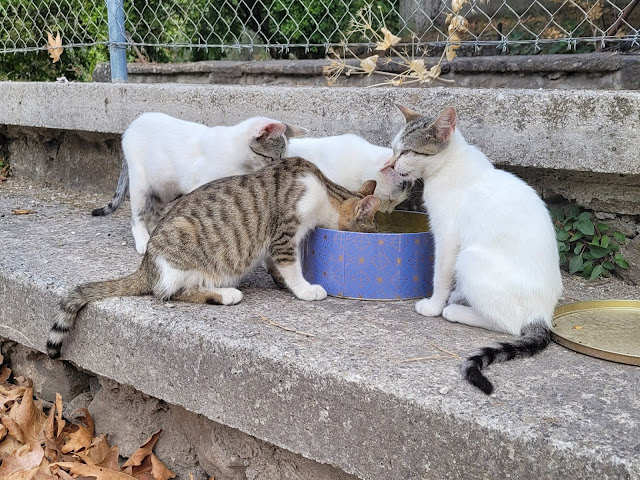 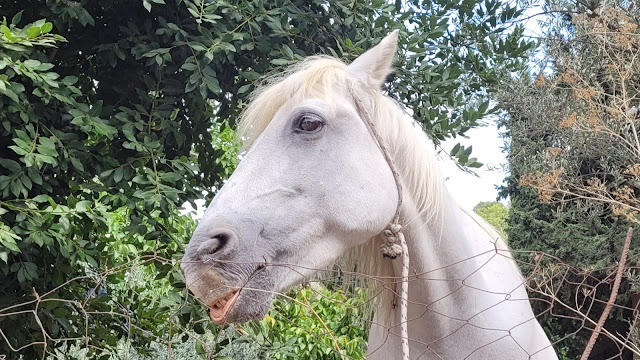 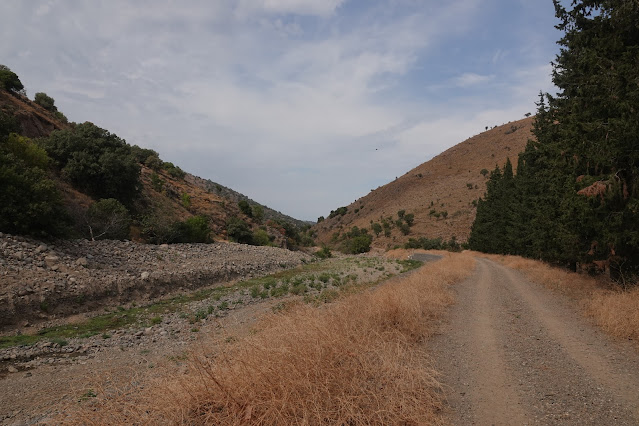 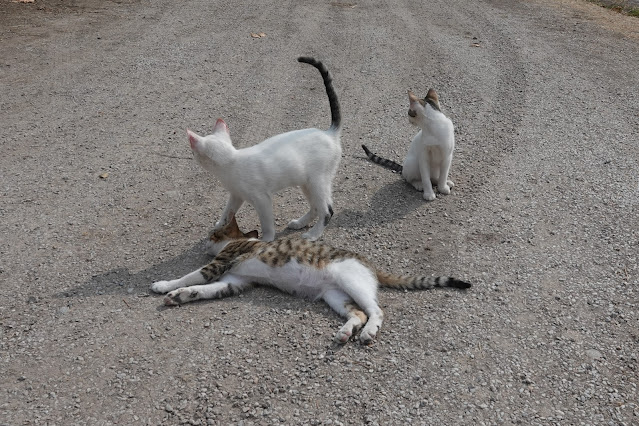 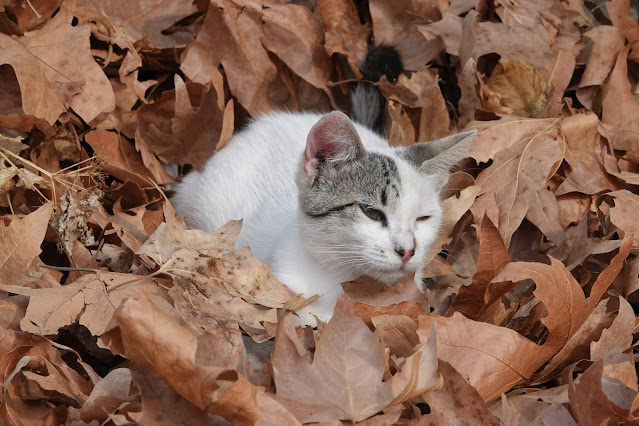 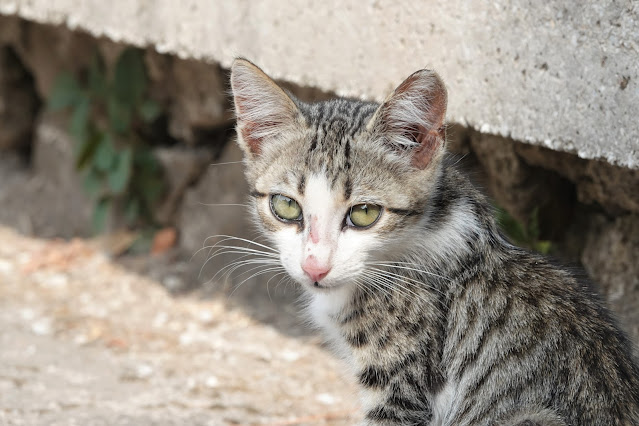 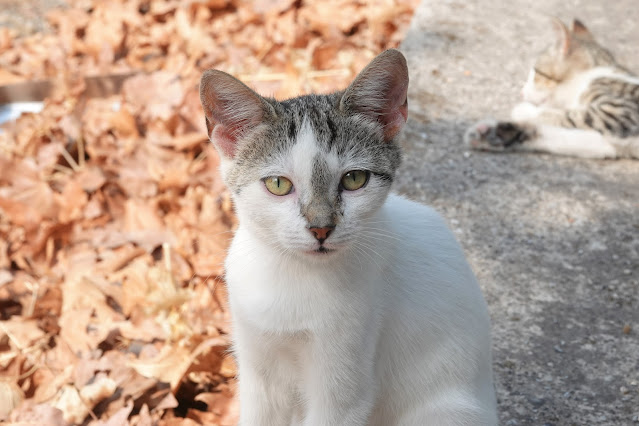 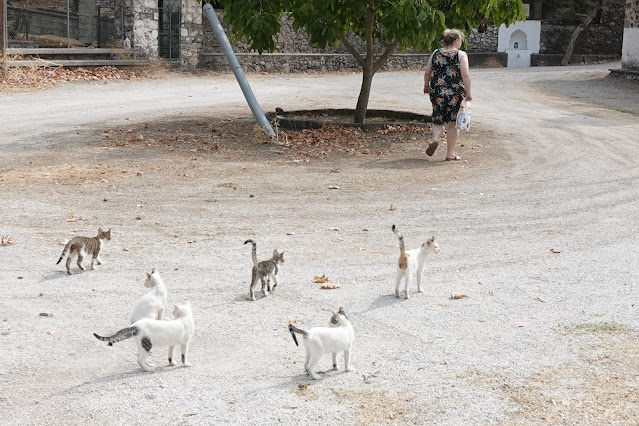 With the cats fed and made a fuss of it was time to move on and before too long the Tsiknias Ford beckoned where two male Cretzschmar's Buntings were coming down to drink while Snipe, Moorhen and the usual Herony things looked on. It was fairly quiet through Lotzaria although Hoopoe, Masked Shrike and Tawny Pipits were seen and up over the Salt Pans there was a male Peregrine and a high circling Marsh Harrier.


Three small waders were in the channel, a Dunlin, a juvenile Little Stint and a moulting adult Little Stint that had me slightly puzzled as it had a huge supercillium and a relatively long bill but to be honest it is still bugging me so I am happy for any input. 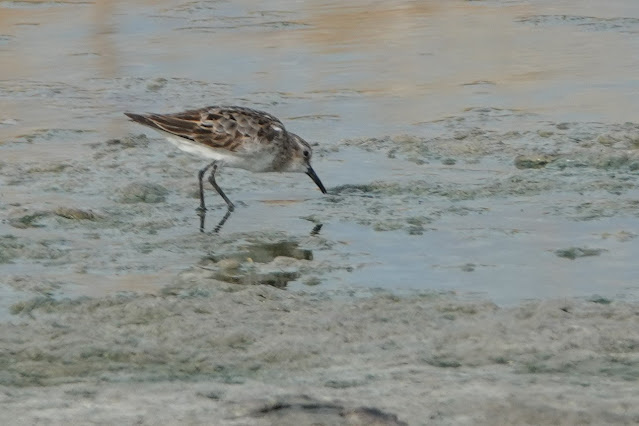 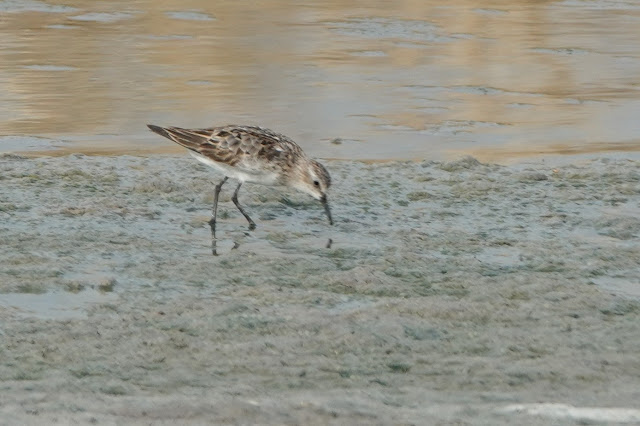 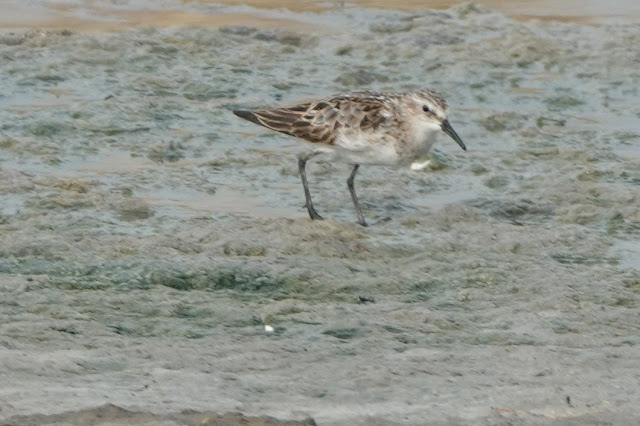 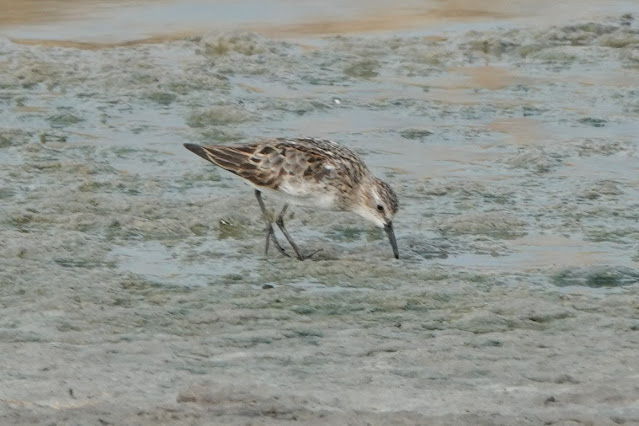 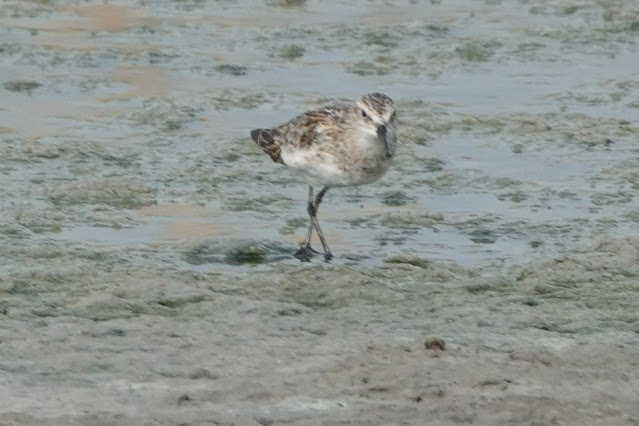 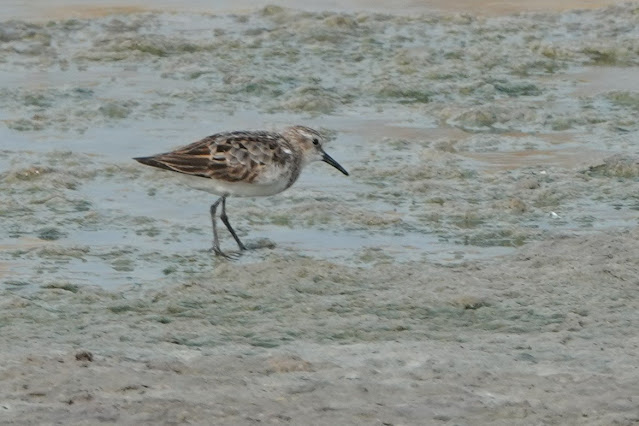 Two Lesser Grey Shrikes were on the wires and from the Sheepfields there were still two Dalmatian Pelicans and 14 Spoonbills visible but it was the three Caspian Terns on the beach with their ridiculously large red bills that rounded up the day in a suitable manner. It appeared to be two adults and an advanced first winter and it felt like a family unit. I am not sure of their status in the Autumn but the constituted only my third encounter on the island. 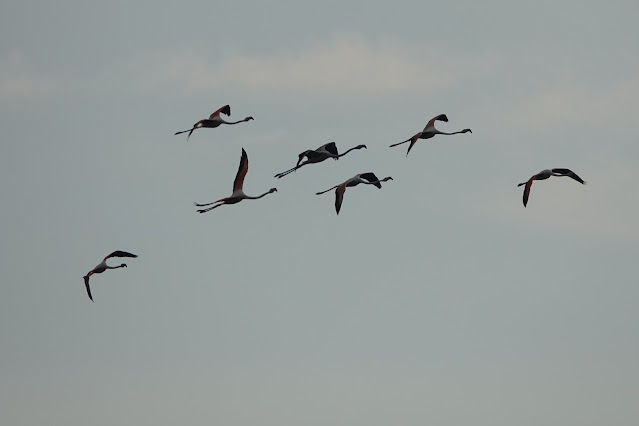 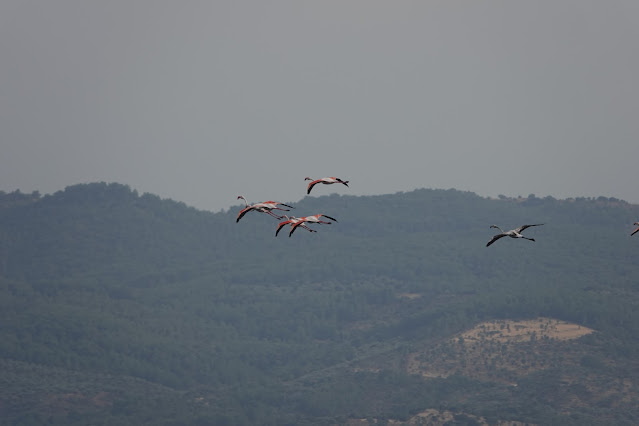 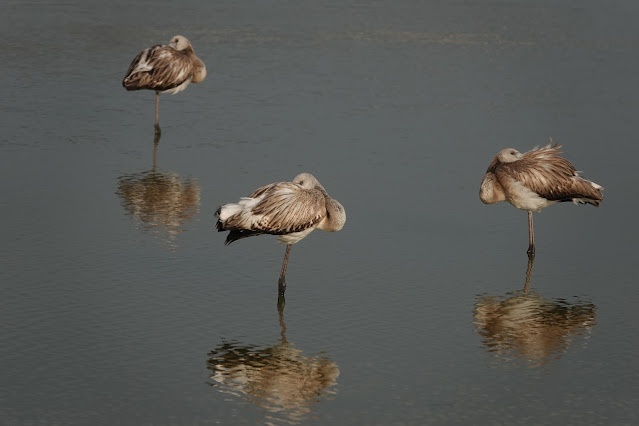 A fine Spur-thighed Tortoise ambled across the road and I assisted it on its way so that it did not get squished under a salt lorry.

A late dip in the pool and dinner lured me back to the Pela...