There was almost full cloud cover and even a good rain shower during breakfast which, after a night of continued north easterly winds hinted that birds may have been deposited overnight. As it happened it was not to be but there were still signs of passage with Bee-eaters and flava Wagtails being visible all day. Over 400 of the latter had gone over the Pela before 8am!

The first run at the Lotzaria trail produced nothing new but good views again of Hoopoe and the Chats and Shrikes and down in the Tsiknias Lower Ford two Black Storks were feeding for the first time this trip with Grey Heron, Little and Great White Egrets while the Greenshank was still zooming around. A male Cretzschmar's Bunting was in to top of a Walnut, Tawny Pipits 'chupped' from the fields and a flock of 75 Bee-eaters spiralled overhead.


A vast pack of about 1000 Sparrows seemed to be mostly Spanish and the numbers have increased dramatically. Down towards the Pumping Station a Fan-tailed Warbler zipped up and down in the long golden grass and was my first for a few years here and grass hued Whinchats dotted the fields.

The Marsh Sandpiper was still on the Corner and a Lesser Grey Shrike was on the telephone wires. Two Short-toed Eagles and another Black Stork circled and five elastic winged Alpine Swifts put on a spectacular display up and down the channel giving some of my best views ever. A chance glance back towards town revealed an Osprey hunting along the beach.


Onto Metochi where an adult Whiskered Tern was a surprise and it performed lazy circuits of the lake, dipping occasionally for a small fish. Green and Common Sandpipers and two Greenshank were feeding and the edges look great for Crakes. Red-rumped Swallows glided around me and more Bee-eaters circled with a couple more Alpine Swifts. 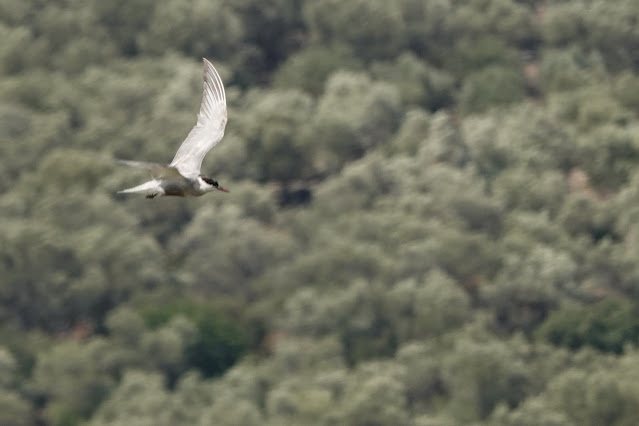 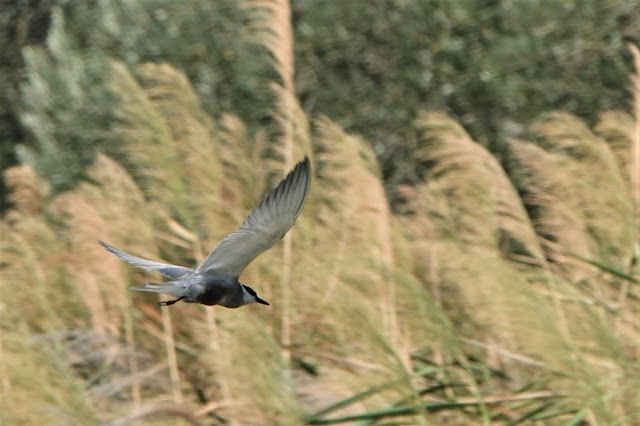 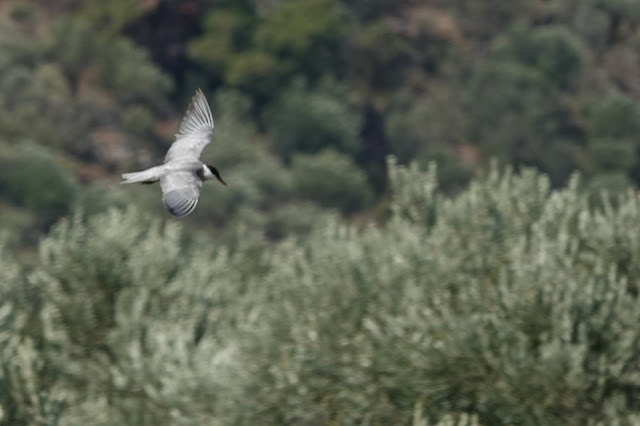 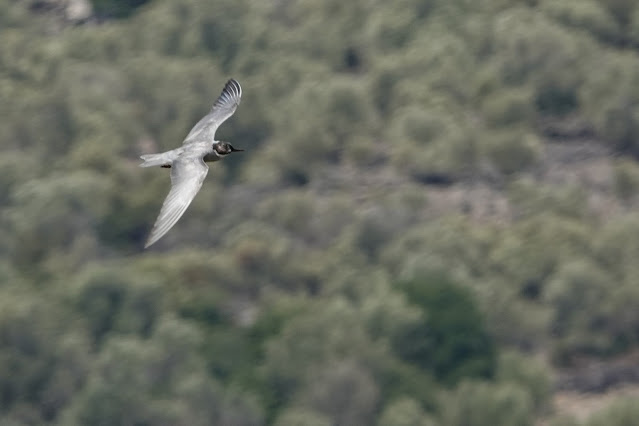 The fields up into Metochi village were investigated and there were lots of Shrikes (including a couple of adult male Red-backed), Spotted Flycatchers, Eastern Black-eared and Northern Wheatears, Whinchats, Stonechats, both Whitethroats and lots of Swallows and Martins. 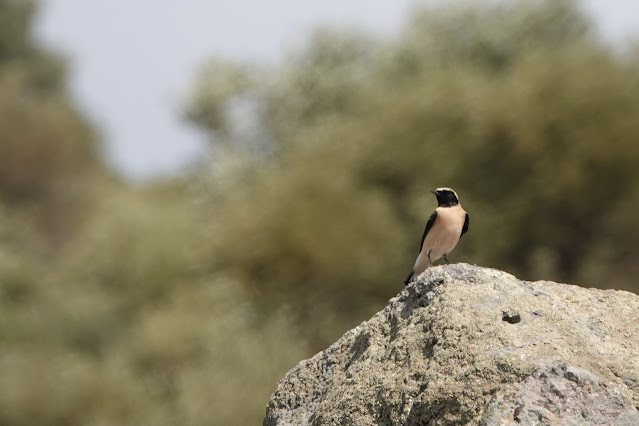 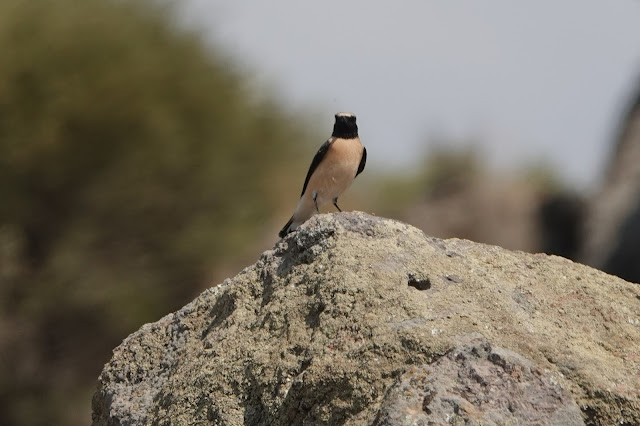 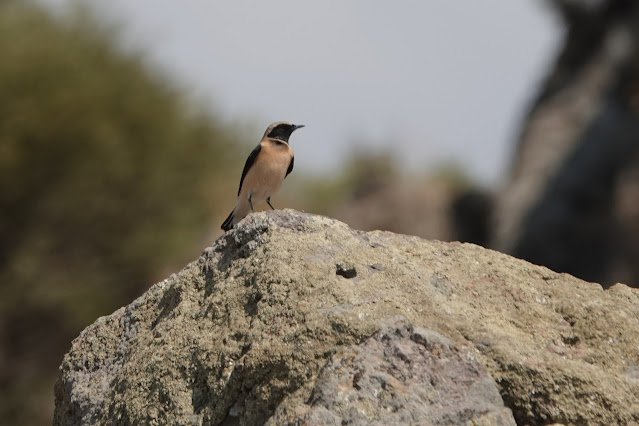 Up over the ridge a swirling mass over well of 100 Bee-eaters spiralled through but I was more distracted by the Oriental Hornets feeding on Grapes with Great Banded Grayling and two of the biggest Violet Carpenter Bees I have ever seen nectaring on the Chaste Trees. 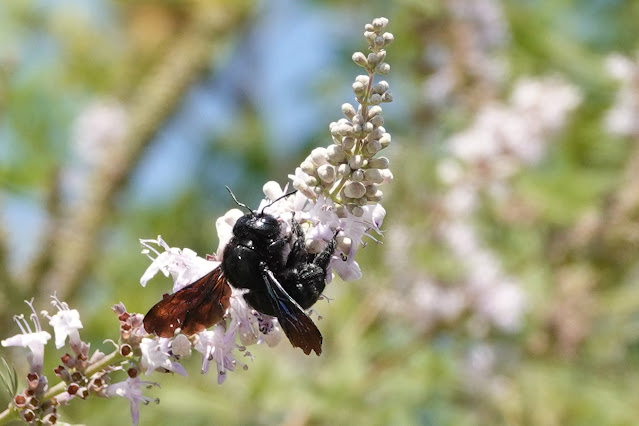 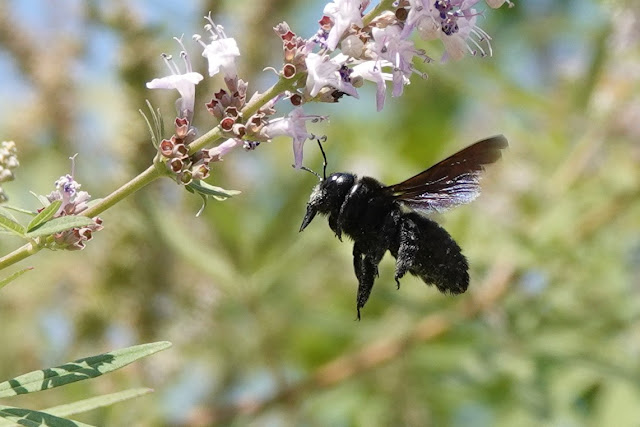 There were only Little Grebes, two Coots and a Moorhen on the Hidden Potamia pool whose name I forget and I am still hopeful of a Pygmy Cormorant there one day!

Siesta time and then back out onto Lotzaria where I added a stunning female Lesser Fiery Copper to my island butterfly list as well as a migrant Rush Veneer moth. The river looks good but was devoid of birds above the Ford so I had a quick look at the Eastern Pans which drew a blank before a final trundle back through the middle into the sun where the Marsh Sandpiper was actually wondrously illuminated. 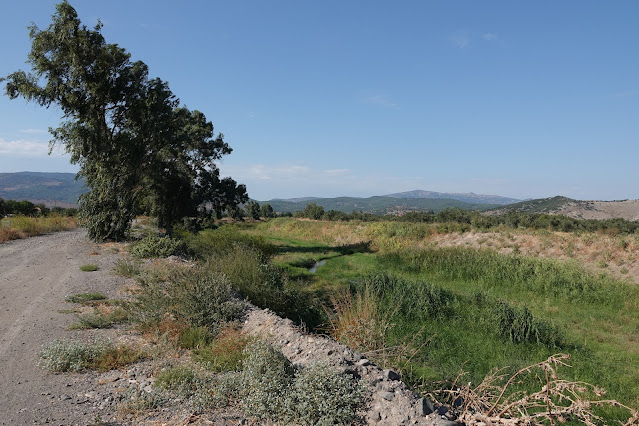 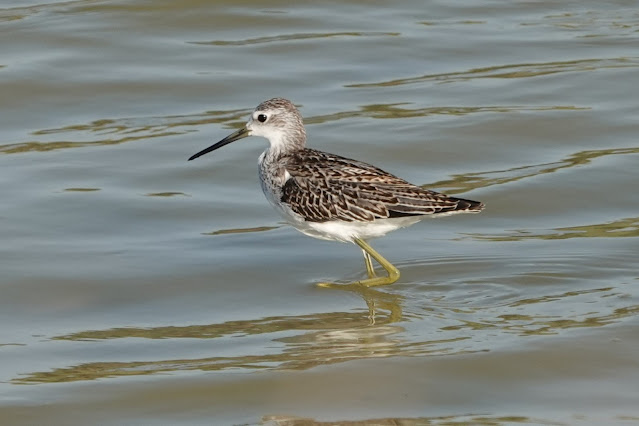 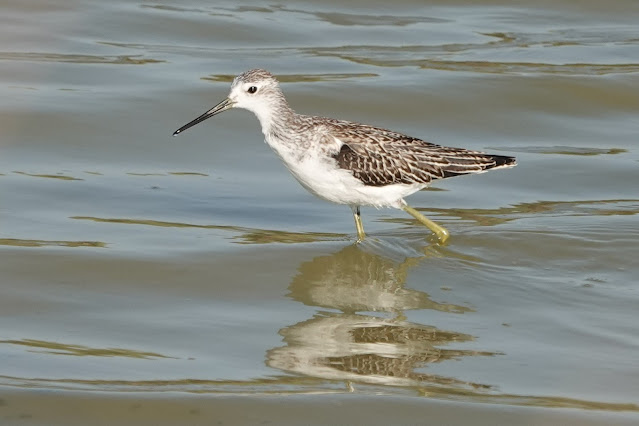 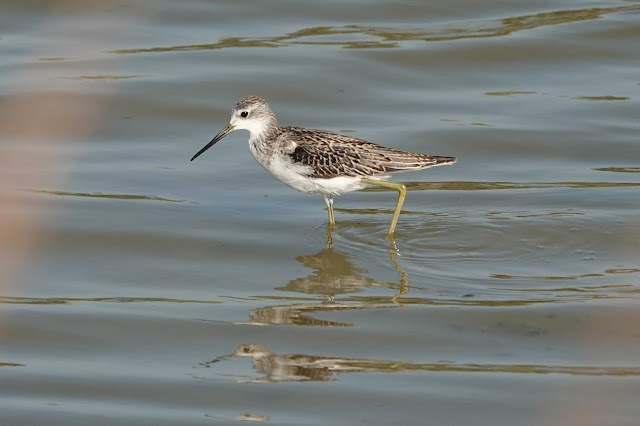 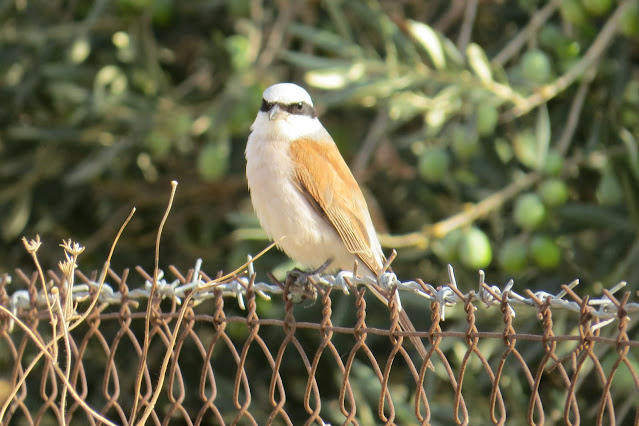 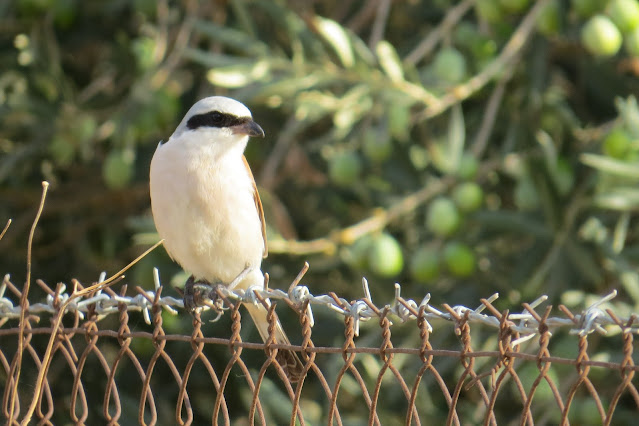 Of course two Ortolans chose to drink from puddles at the most awkward of angles but at least they are still there and a first winter Black-headed Bunting came up from the pathside but kept going which was frustrating. Once again Bee-eaters were encountered with over 50 milling around and at last affording some perched views. A single White Stork in one of the wet fields was a much expected tick for the trip. 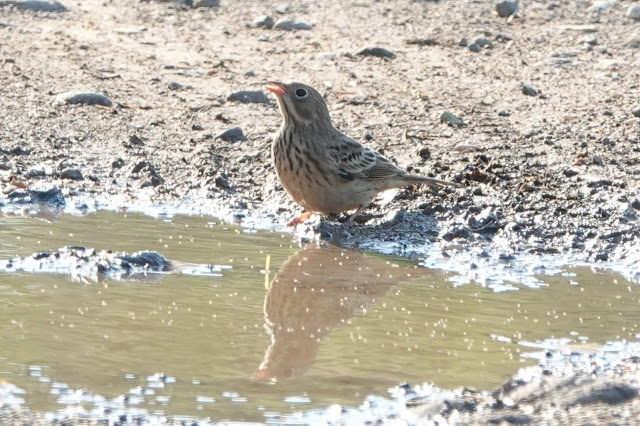 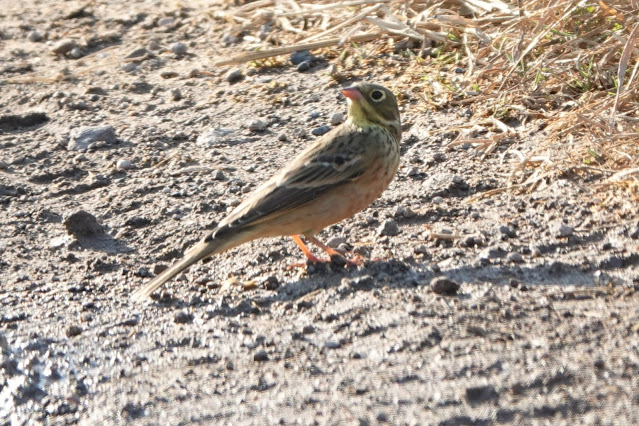 It was Thekla's birthday that evening so there was no twilight excursion for Nightjars especially after the huge G'n'T that appeared in front of me...