A short pre lunch walk today at Crabbles Bottom Orchard was far quieter than I would have anticipated given the warm conditions and sunshine but there were still rewards with a carpet of short Oxeye Daisies across the small meadows dotted with the pink triangles of Pyramidal Orchids and occasional dashes of pink Centuary, purple Marjoram buds and blue Bugloss.  The Wild Strawberries may have been tiny but they were scrumptious.


The Brambles were fairly slow although I did find single Volucella bombylans and Volucella zonata and both Xylota but other than lots of Syprhus it was fairly poor.  The first Bombus vestalis were out and I caught four micro moths to try and take pictures of later before release while the only big moth was a smart Pebble Hook Tip that I failed to take a single picture of!


Large Whites and Meadow Browns were the commonest butterflies with the odd Marbled White, Ringlet and Small Tort seen.

There were a few Azure Damsels amongst the flowers and two teneral Blue Eyed Hawkers were avidly hunting and I saw my first Ruddy Darter of the season. A Buzzard flew very low for a change. 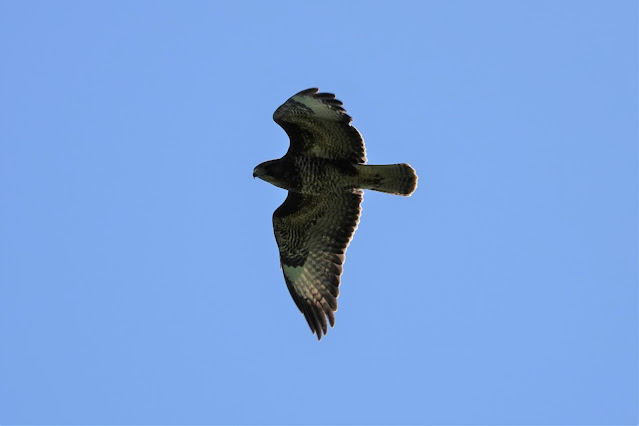 I dawdled around finding leaf mines on the Birches which Antony and Andy have as ever kindly helped me with. Not every mine you find is a Moth and once again I had discovered a Sawfly mine too.


I found a couple of delicate Small Yellow-legged Robberflies hunting in the shade and Pollenia were sunning themselves on many leaves but I was unusually not feeling the love today and headed for home.  There is always tomorrow.