Today was my last day with the RSPB and rather delightfully I had a ‘meeting’ at Ranscombe Farm of all places to go on a tour of the arable aspects of the reserve with Ben site manager.  I met up with Nicole, Mark, Matt and Eliza from the RSPB Turtle Dove Project at 10am before heading of for a slow amble down to Longhoes where the Broad-leaved Cudweed was putting on a good is slightly understated show and we managed to find Long-stalked Cranesbill still in flower and a nice selection of chalky arable edge plants with Sanfoin, Vervain and Rock Rose.  The Viper’s Bugloss was scattered liberally through the field but it was a ‘white year’ and the Stinking Chamomile was dominating although I did not realise quite how scarce a plant it was.

Walking back up to the car park I found a single Blepharipa pratensis hanging on as well as Cheilosia illustrata and C soror on Hogweed with Myathropa florea. 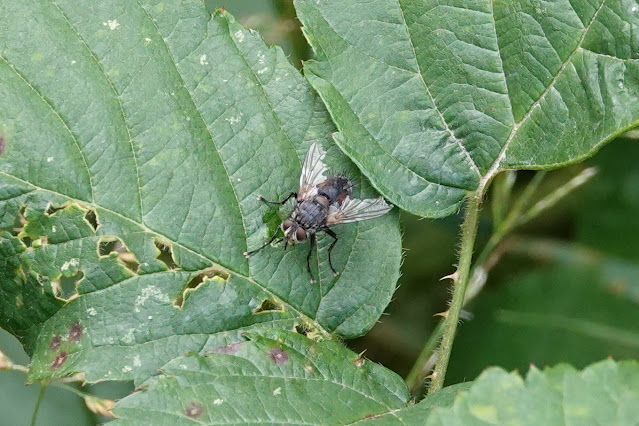 Ben then pointed a real rarity but I have to admit that as it was a grass I would never have noticed it before now. It was a Interrupted Brome and until a few years ago was believed to be on the verge of extinction and is one of only a couple of actual re-introductions Plant Life has conducted here.

From here we cut down into The Valley where a second patch of Greater Knapweed was flowering nicely but the Red Sea of last week had been largely replaced but a mosaic with far more Composite Yellow showing through. Narrow-fruited Corn Salad was found here too and I had not realised that the species I have been seeing is another nationally threatened species. 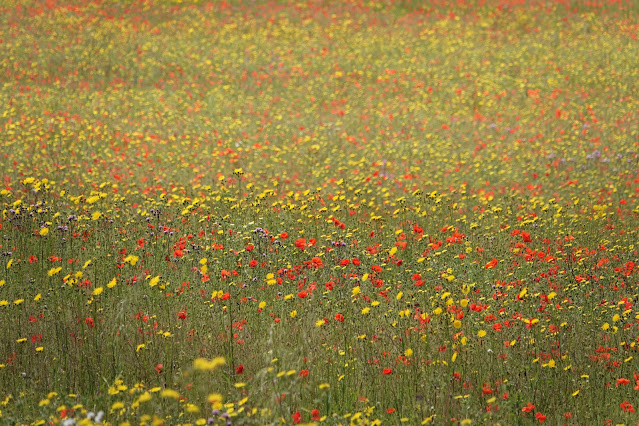 We actually followed the route I took last week up the Valley and once again found Rough Poppy but with the addition of now flowering Marjoram and both Field and Small Scabious.  I found a Dwarf Spurge in the margin which was a new one for me too and just after I predicted some two teneral Blue-eyed Hawkers appeared and began patrolling the sheltered woodland edge.

Lunch was take at the top of Kitchen Field where we failed to find any Blue Pimpernel but there was ample recompense with my first truly wild Corncockles although only one actual bloom remained. I flushed a couple of Oncocera semirubella from the grasses and there were many Field and Meadow Grasshoppers but it was too windy for most Butterflies.  Fairy Flax was found near the top and some more Broad-leaved Cudweed. 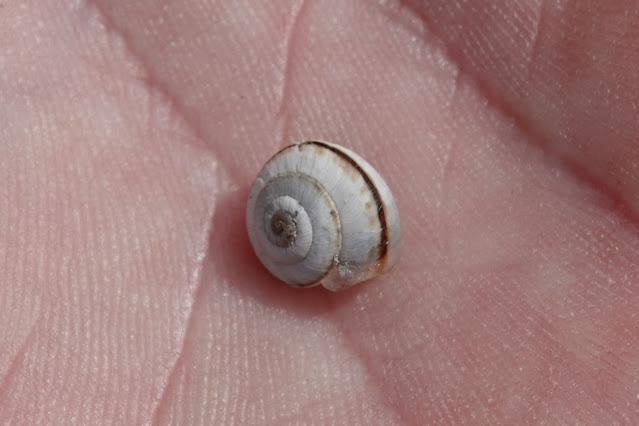 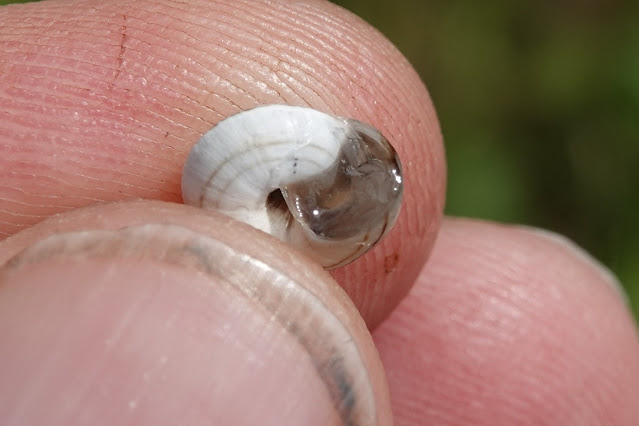 The Wild Liquorice was still flowering and Marbled Whites danced whenever the wind dropped a little while a Buzzard was getting grief from a Hobby and Peregrine way up above. A large shining Beetle descended from the canopy towards me and landed in front.  My gut was thinking Buprestid but once it was perched up I thought… ‘surely not?!’ and carefully grabbed it in both hands and shouted at the others to come look.  Destiny allowed me to open my book on the right page immediately. It was a Spanish Fly.  Yes, I know, it’s not a fly and yes if you Google it you will get some other interesting opportunities for some discreet shopping but the other uses of this amazing Blister Beetle have been around for centuries although just how someone discovered it’s apparent other properties is beyond me! 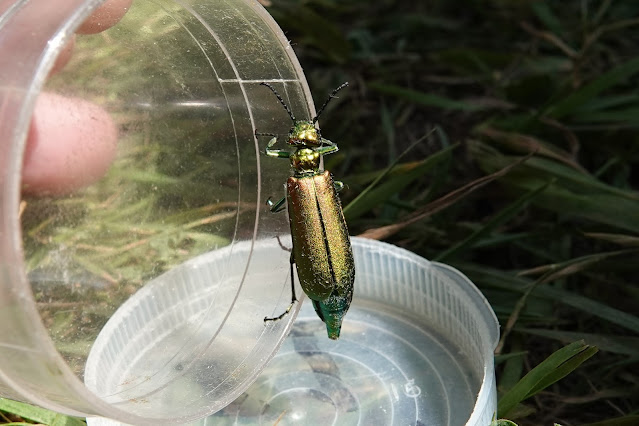 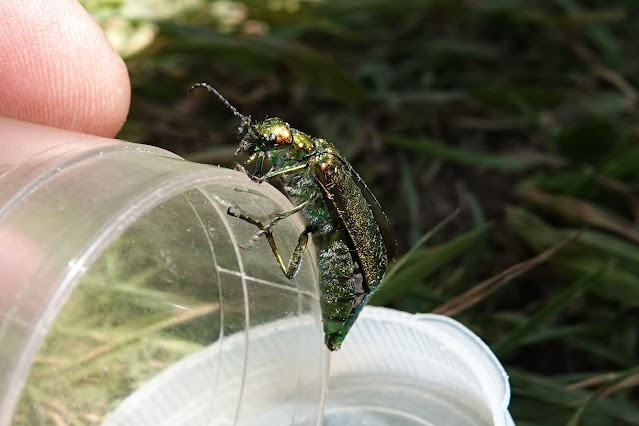 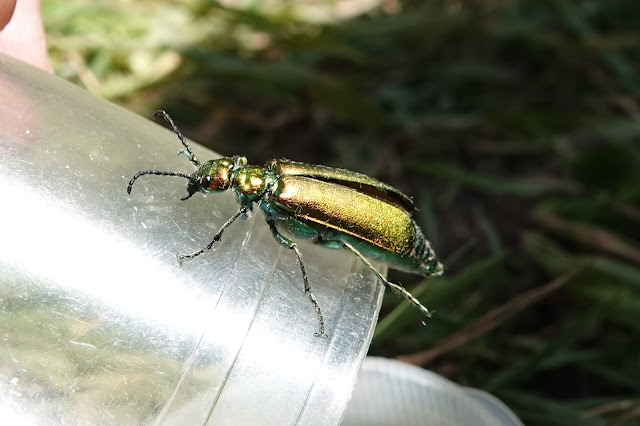 The colours were amazing and even the normally hidden abdomen glimmered and sparkled with a sheen of petrol colours.

One final confirmatory feature was the sniff test – a quick lift of the lid and pungent aroma of a whole shed full of mice assaulted your olfactory senses.  Mark has had no smell since having Covid – even the Stinking Chamomile did not get through but the Spanish Fly gave Covid Nose a good seeing too!

We released the beast and watch it shimmer away.  A proper magical wildlife moment.  Further on we bumped into Richard (the ex-site manager who was out surveying) and he confirmed that the species had been seen around kitchen Field before but not every year. 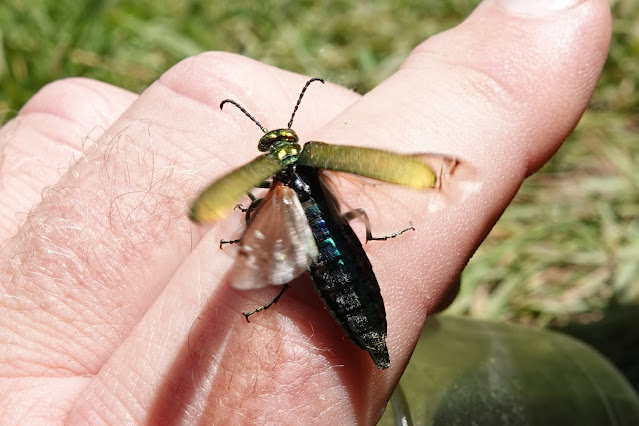 A quick Bramble session added Volucella inflata and pellucens and a Speckled Bush Cricket before we found the last of the flowering Rough Mallow to show the others.  A male Emperor dragonfly patrolled the margins and there were quite a few Commas, Ringlets and Meadow Browns before we dropped down and then up into Merrals Shaw where the Ash die back has been quite bad but has created some nice clearings.  Some superb fungi (sorry Mark – forgotten already) adorned a stump by a burnt out moped and a back at the cars I was able to show Ben a patch of Common Cudweed which I had not realised last week is actually not common at all. 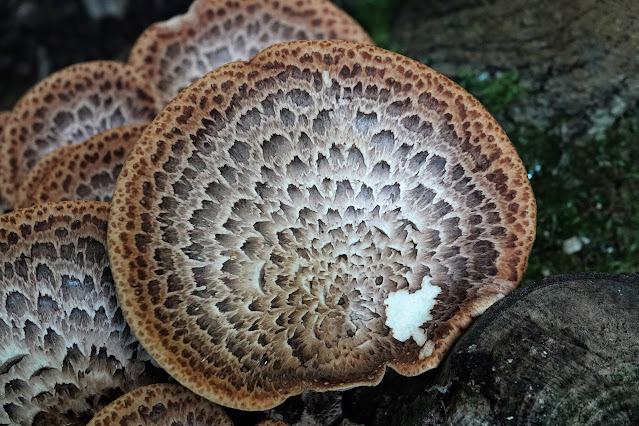 Somehow five hours had whizzed by and my last day with the RSPB was over after nearly nineteen and a half years.  Nicole came back for a coffee and then we headed out (via roadside Jersey Cudweed) onto the M2 to take her home.  The traffic was pants but being stuck in the outside lane between junction three and four revealed literally thousands of glowing Pyramidal Orchids which you just would not see as you whizz along!

We had chips on top of the cliff at Beltinge and then had an hour beachcombing below.  Nicole and Jason are epic shark tooth finders and I am, well, pants but I did eventually find three myself to add to the ones they kindly gave me. 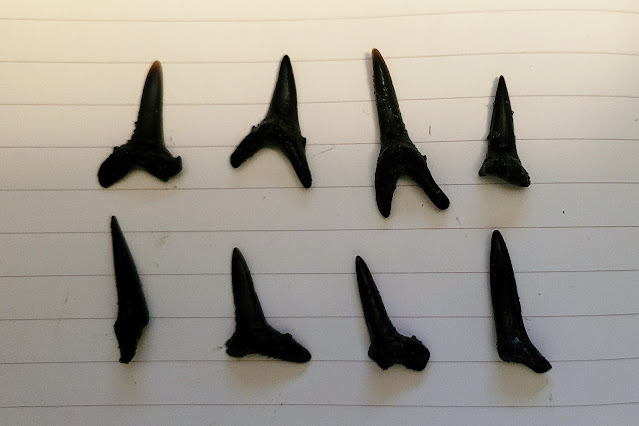 Nicole found what looks like a fossilised crab or lobster claw as well as a scintillating Sea Gooseberry (Pleurobrachia pileus) which I rescued from the mud and popped in my still empty collection pot.  I soon revived and began pulsating its cilia to move it around with the light refracting as it went.  None of us had ever seen one before and it was quite wondrous.

There were sheets of luminescent Sea Lettuce and some other funky seaweeds and a superb Sponge that I have not identified as yet while tube worms pushed up casts before your eyes or squirted water out of their holes!  I found my first ever live Chitons and amongst the many Periwinkles there were Slipper Limpets, Topshells and what I think are White Tortoiseshell Limpets. 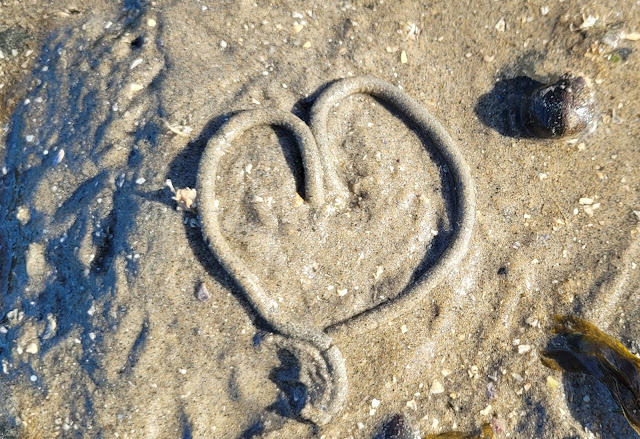 Med Gulls passed of shore and a Little Egret was patrolling the beach and the sun was dipping so we called it a day and slogged back up to the top of the cliff after a diverse day of wildlife encounters.