A lunchtime potter down towards Faversham today gave me the chance to have a look for the Wall Lizards in Ospringe.  I last saw these with Sam Shippey in August 2020 – almost the last day our birding that we had out together.  I found two on the exact same section of churchyard wall and watched them flatten themselves out to catch the sun that kept disappearing behind the incoming clouds. 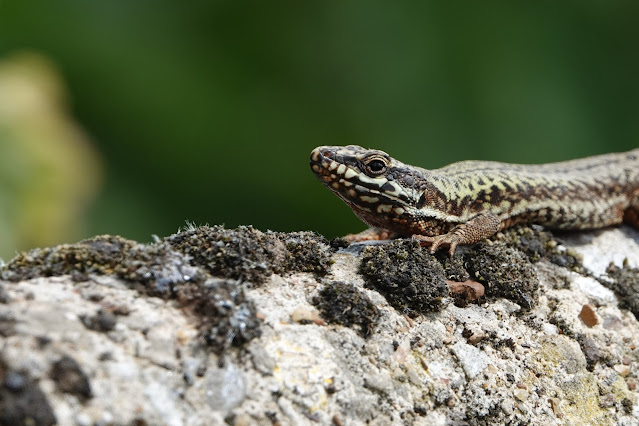 One of them was momentarily distracted by a large Ant carrying a piece of vegetation but when it lunged, it missed the Ant and got hold of its cargo. A strangely mismatched tug of war ensued for a few seconds before the Ant retreated victorious with its prize. 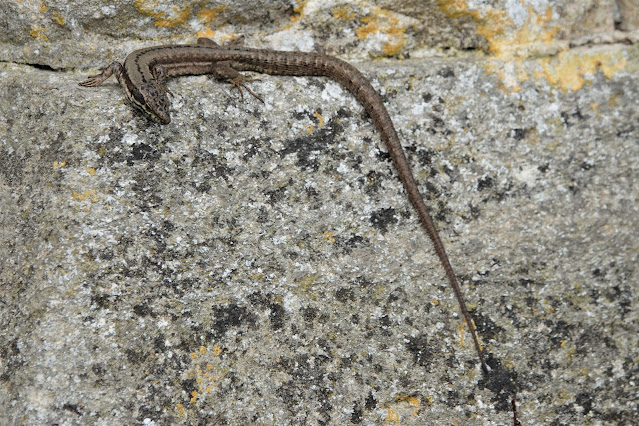 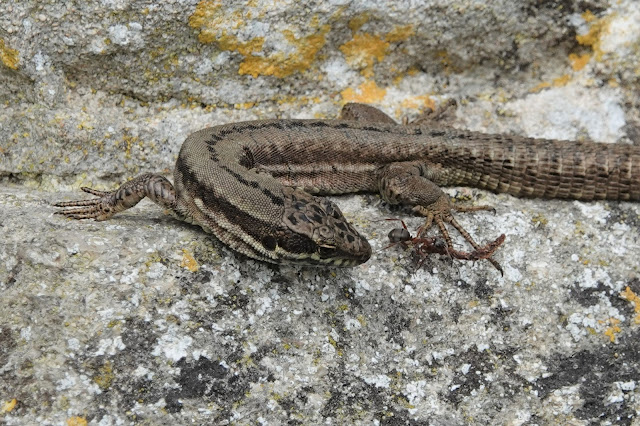 Oare was a nice spot for lunch but the water level seemed very high as usual. Just over 100 Black-tailed Godwits in various plumages were feeding or dosing with 13 Redshank and two Avocets but the East Flood was otherwise and some of the Godwits were wading around so it must be shallower than it looks.

I had a look for the Bonaparte’s Gull – well someone has to see it first each summer!  The tide was half out but only Black-heads and two adult Med Gulls were seen before I ambled back to the car with Bearded Tits pinging across the road on the way.

Back at home I found a nice Garden Tiger moth cat feeding on my Ragwort and discovered the mines of Phyllonorycter corylifoliella on my Hawthorns and Wild Service Tree and lots of Lyonetia clerkella on my Hawthorn and Apple too.  I even saw the miniscule white micro moths responsible.


The first Raspberries needed picking along with a few Red and White Currents and Speckled Woods danced around my ‘woodland’ edges.  The carnivorous plants in the greenhouse are doing well and most of the Sundews are now starting to flower while up above I could hear the screaming of my local Swifts which seem to be doing well.