This morning I was lulled into a false sense of spring by the weather of yesterday when it felt like we had turned away from the biting northerlies of recent weeks. It was grey and murky but I thought – ‘that will burn off soon’ and headed out without a proper coat on – idiot boy.

The Post Office beckoned and so it was an uphill walk for the first mile wondering if I would get the feeling back in my lightly covered arms and hands at some stage.  There was a great display of Dandelions and Dead Nettles crammed in the tiniest of gaps between pavement and walls and I stopped to take a picture marvelling at the perseverance of nature in the most trying of conditions.  I hoped that they council would leave well alone but those hopes were dashed just a few hundred yards later where the mighty men in orange were removing any trace of greenery or flower and putting it in black refuse sacks. I suspect it will go to landfill like that. Why de-greening our streets is a priority when the removal of litter, dog mess and piles of dumped household waste on our streets isn’t, is beyond me. 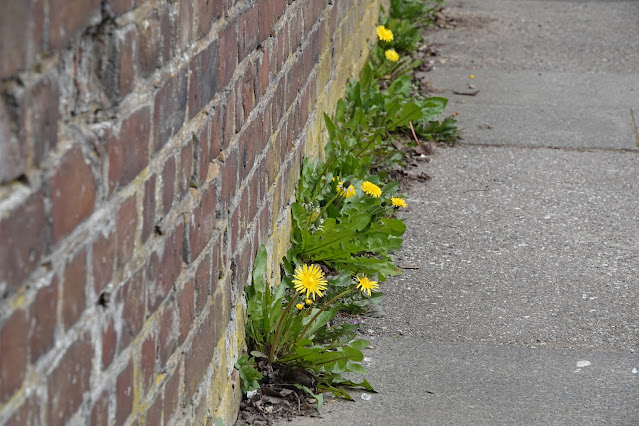 Soon I was alone in the woods of Ranscombe and in fact I did not see anyone up there on the main path for forty minutes.  It was very chilly and the trees were quiet with just the odd drumming Great Spot and calling Tit and Treecreeper.

I did discover a strange plant pushing through the leaf litter by a path side with pointed spikes beginning to unfurl.  I am unsure what it is yet but Lily of the Valley has been suggested. I certainly never saw it here last year so I wil have to go back and check up on it again!

I had been hoping for a butterfly session with bees and flies thrown in for good measure but I only saw a few Calliphora, one Eristalis pertinax, a female Anthophora plumpies and one Bombus terrestris all morning and a solitary Yellow Wagtail flying over was my ornithological highlight and a new species for me here.

Stock Doves were to be heard though and sad Mistle Thrushes sang from the tree tops. I searched the Bracken areas for frozen Adders, not that I have seen one here but it always looks good and got close to some Violets that seem to tick the boxes for Dog rather than Sweet (which I also saw). 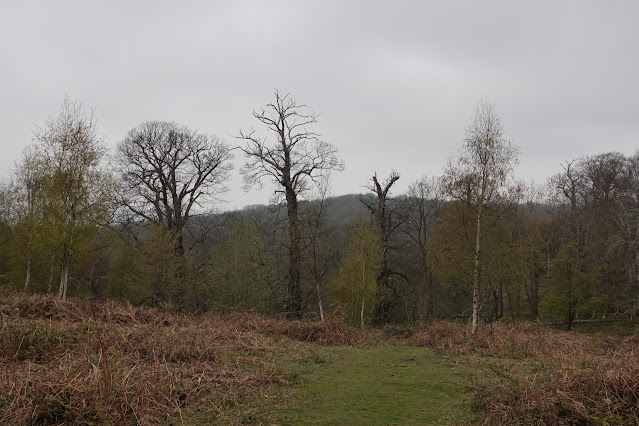 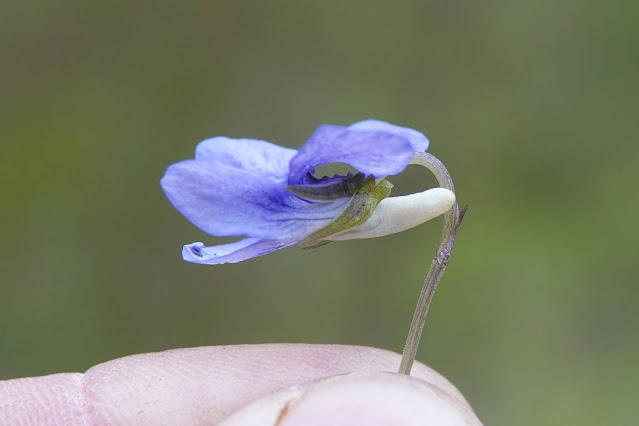 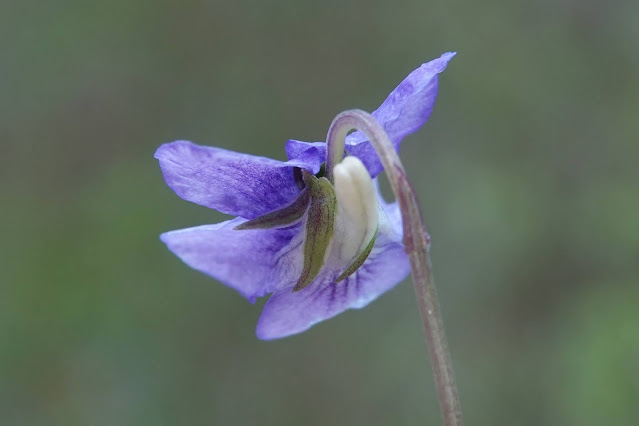 There were some great patches of luminous Primroses and little dots of white Strawberry flowers and I think that both Barren and Wild were involved along with Wood Spurge, Ground Ivy and the first spikes of Bugle.


Lords and Ladies were at last producing their arum flowers and Yellow Archangel was visible but not quite open yet, unlike the garden variety I saw at large on Monday while Enid helped id Bulbous Buttercup for me.

I cut down to The Valley which had been fully ploughed and it will be interesting to see how different the plant community is to last year. It is still largely barren and the lack of any rain will not have helped but I did manage to find a couple of Field Pansies pushing through. 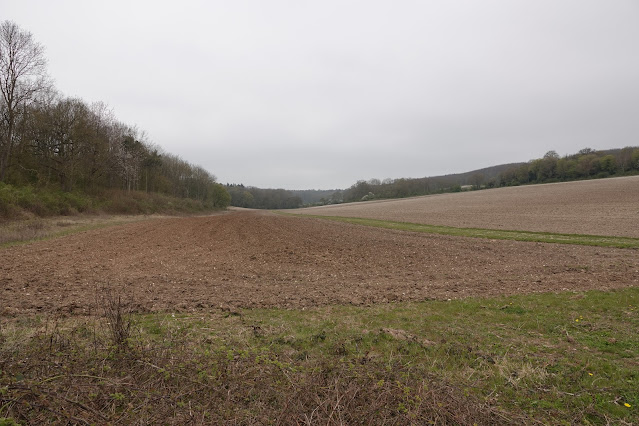 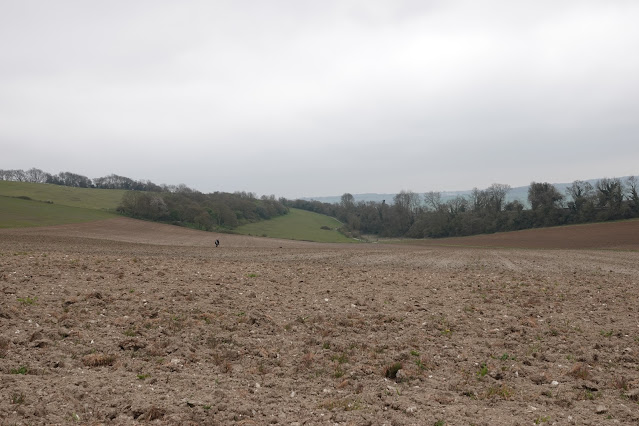 A male Sparrowhawk hurtled through just inches off the ground in a successful attempt to catch a Linnet from an previously invisible flock of 18 birds and a couple of Med Gulls called above me. 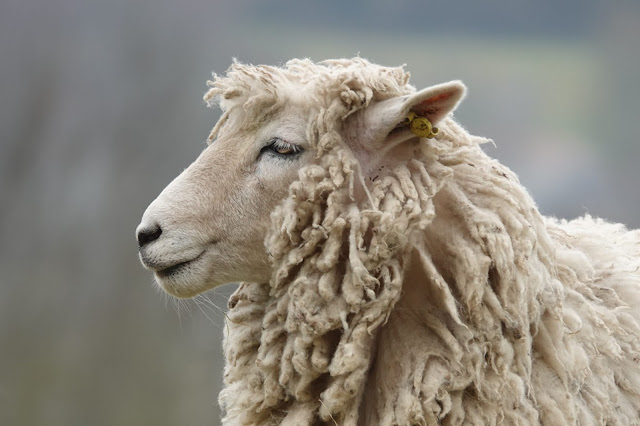 I cut through to the back of Merrals Shaw and then followed the CTRL back towards my start point in the hope of finding the Early Purple Orchids from last year but there was only one spike in the little clearing but at least it was in flower. Lady's Smock lined the path in the palest shade of pastel lilac contrasting with the acid green of the Wood Spurges.

I crossed the green bridge a little further up and was surprised to find a large spread out patch of EPOs safely on the other side of the security fence for the railway but unlike the deep purple of the first specimen these were in a variety of colours ranging from almost white through pale pink to cerise and then purple. I had not seen such variety in this species before.  I counted about 40 spikes but there may have been more over the edge of the embankment. 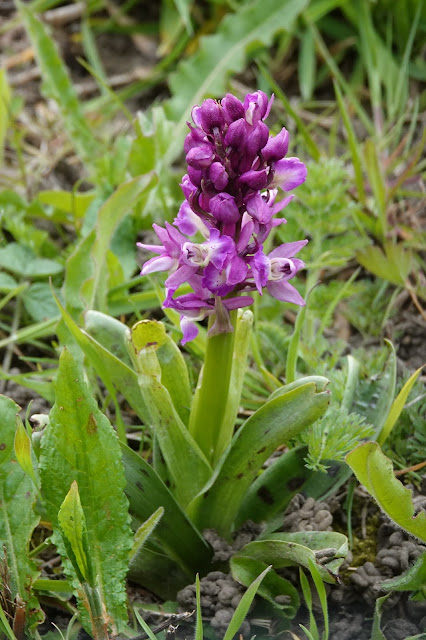 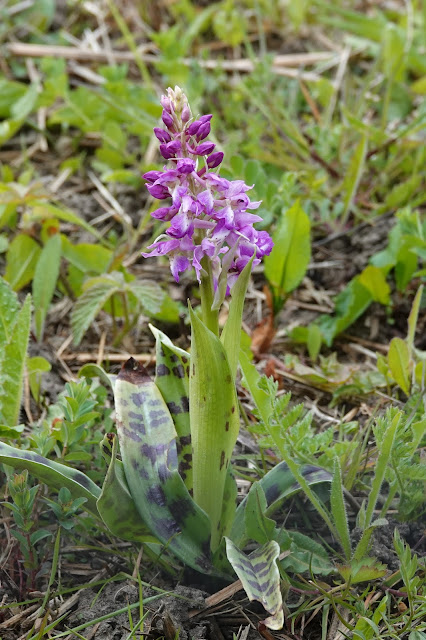 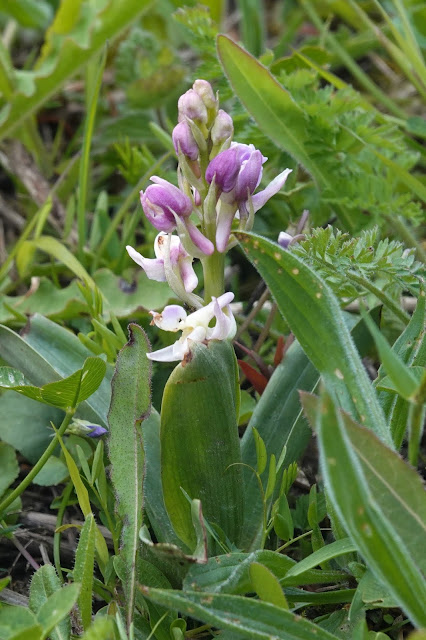 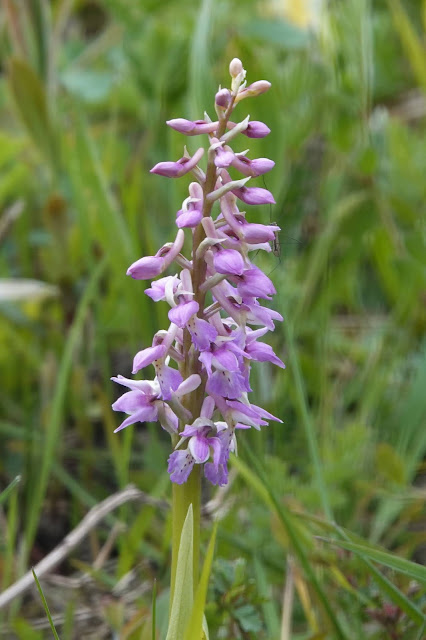 It had not got any warmer and I was uncomfortably cold so I headed for home to brew and some lunch to be greeted by a wonderful Mistle Thrush collecting food on the grass outside the front door. 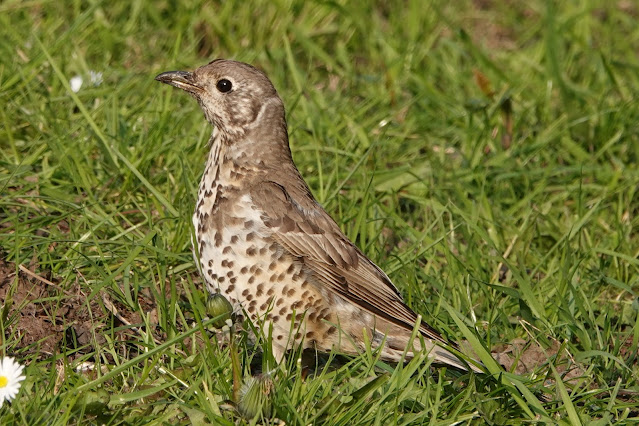 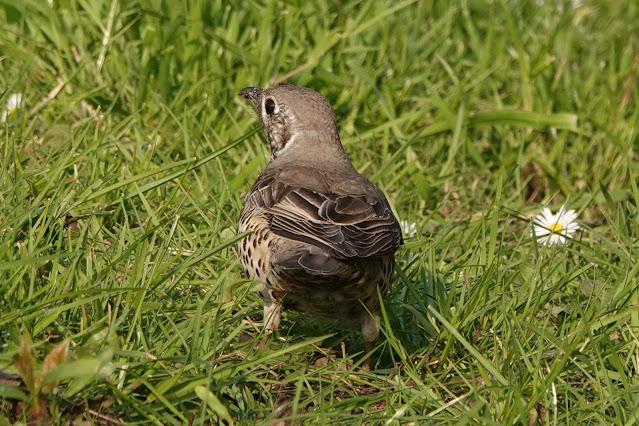 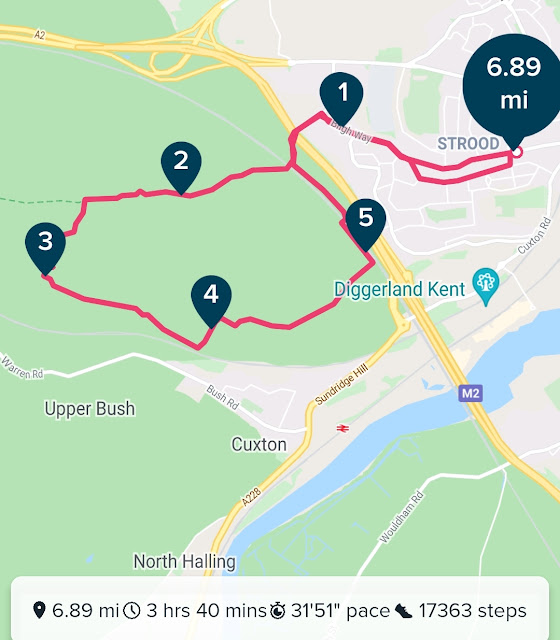