Yesterday was a good day to be working on the reserve.  A pre-work amble along the river wall gave me some more splendid (but camera avoiding) views of one of the male Ring Ouzels while 11 Common Terns fed above the drifting line of big Gulls on the river and a pair of Med Gulls overhead brought an immediate smile. 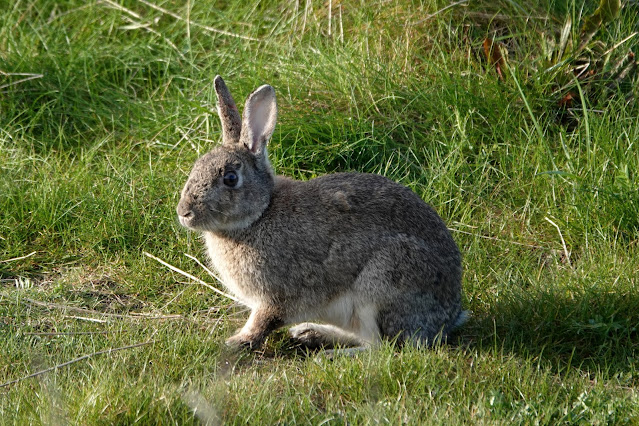 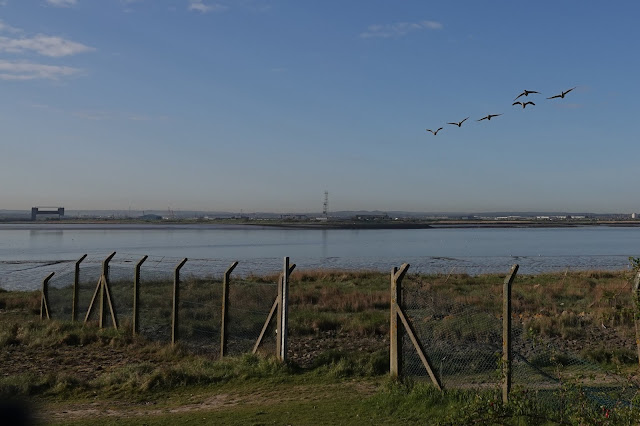 I did not have long and soon headed back with a message from Jamie about a Spoonbill causing me to keep my eyes up. I picked it up just a few minutes later being harassed by a Herring Gull. In fact it followed all the way from Wennington to the Purfleet Scrape where it touched down for a well earned bit of R&R in true Spoonbill fashion.

It was a little warmer but the Warblers were a little quieter and there appeared to be nothing new in. Back at the Centre the Spoonbill was obviously a lot closer and revealed itself to be a full breeding plumaged adult with a vibrant bare yellow throat, yellow tip to the bill and hint of a breast band.  The crest was astonishing and reached half way down its neck.  After a few shuffles and stretches it soon settled in for a kip while the 11 pairs of Avocets on the nearby island probably were not helping it nod off. 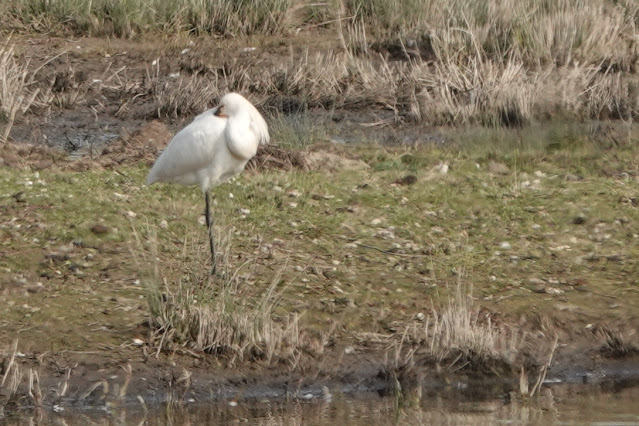 The rest of the day was spent out front but a phone call from John Humble at 1.40 sent me scurrying for a sky view as a White Stork was drifting our way. I soon picked it up but it swung back west and spent the next half hour circling Wennington and the landfill with gulls, a flock of Shelduck and even a Red Kite giving it grief before heading across the river and over Dartford Marsh.  It seemingly returned ten minutes later and re-crossed Wennington before being picked up ten minutes later over Romford! 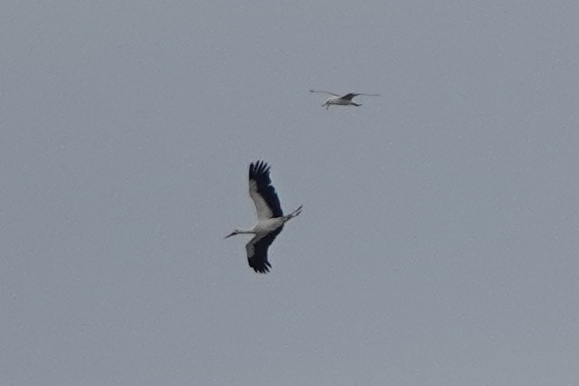 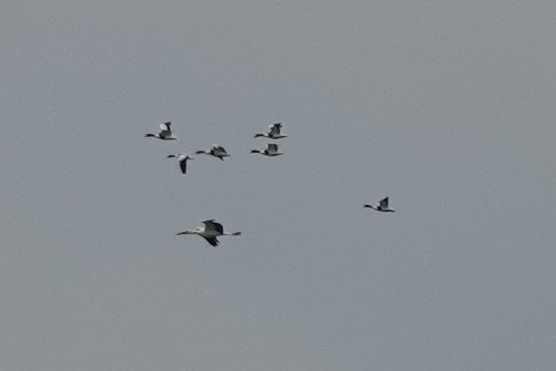 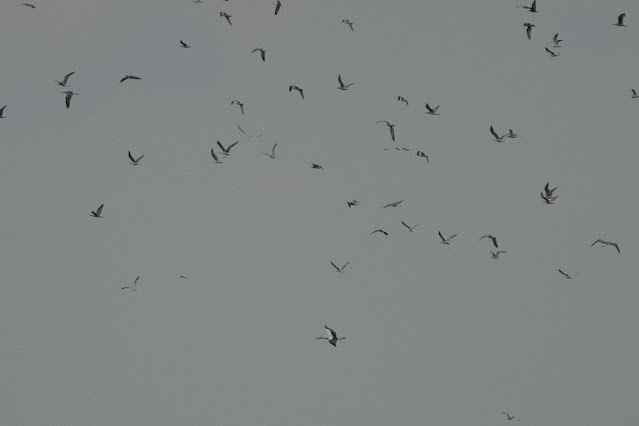 As to the origins, I am honestly not fussed. It seems to bare a small metal ring on the right leg below the joint which seems at odds with the Knepp project but any day with a Stork overhead is a good day.