It was another very cool and foggy morning today but I persevered along the river wall at Rainham in the hope of hearing something interesting like a Grasshopper Warbler. Visibility may have been poor but there had certainly been an upsurge in warblers and there was song from mostly invisible throats coming from all directions.

Sedge Warblers and Whitethroats over sang the odd melancholy Reed and Willow Warbler only to be shouted over Blackcap and Cetti’s Warblers.

The amount of Lapwing and particularly Redshank noise emanating from the shrouded marsh was fantastic and occasionally birds would appear overhead on their way to the equally hidden river.

I plodded back to the Centre with the blanket slowly lifting but not quite enough for me to scan over Purfleet Scrape.

About twenty minutes after we opened up I received a call (in the now glorious sunshine)... ‘you do know there is a Black-winged Stilt on Purfleet Scrape’.  I was strangely elated and disappointed at the same time...

Two minutes later and we were watching it from the exit ramp as it tiptoed around the marsh. Those pink stretched chewing gum legs never cease to amaze me. 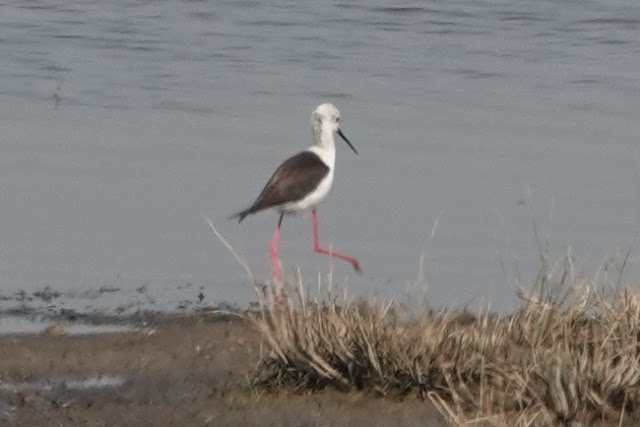 As I sat with John Humble at the end some mad quipping from the Avocets alerted us to a Red Kite coming off the river at a fairly low height.  This immature bird is not the one who has been around for a week now as it had moulted an inner primary on each wing. It circled for a while before departing north east. 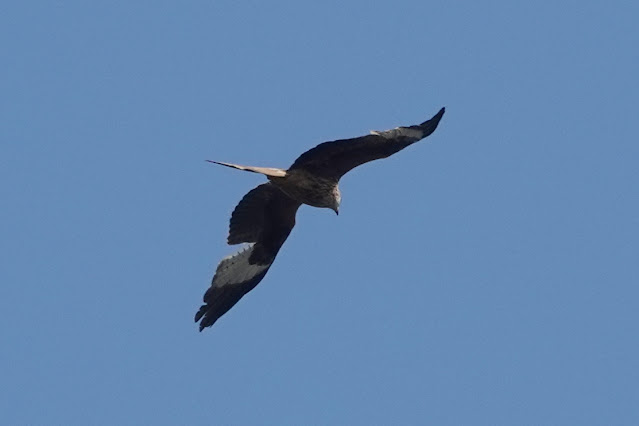 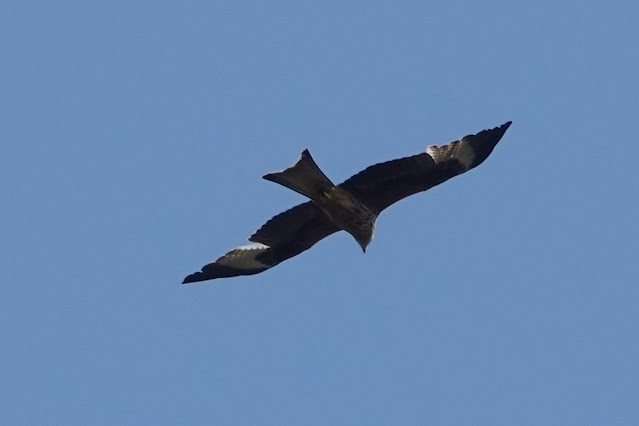 This air space incursion had caused all the Shoveler to miraculously appear in the middle of the scrape while the Stilt had made its way towards the Purfleet Hide where closer views were then obtained from the screen alongside. 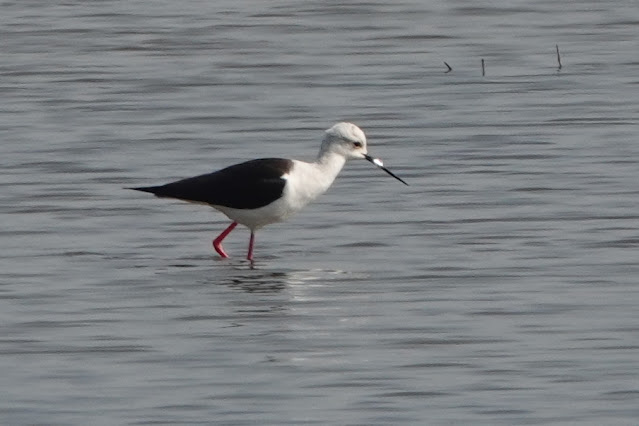 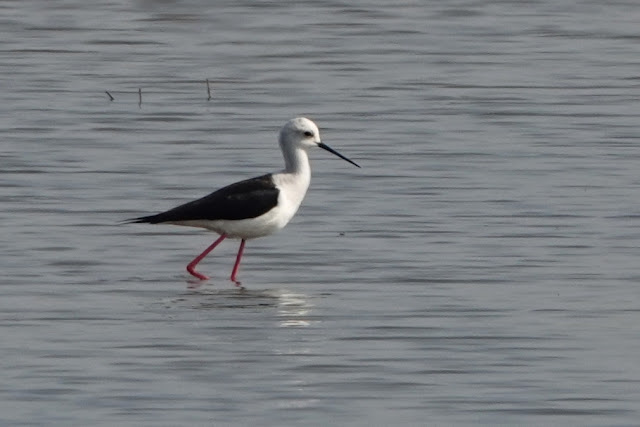 I then returned to Reception for the day bar a couple of quick looks from inside the building to check on the Stilt and its movements. I thought I could see some Little Gulls over Aveley Pools but had to wait until evening for Ben Rumsby to prove me right but it completely slipped my mind until then.

A male Redstart was found in the Adventure Playground and actually performed incredibly well. I suspect that it was a first summer bird as the orange underparts were fairly pale and the wings quite faded but it was a corker nevertheless. 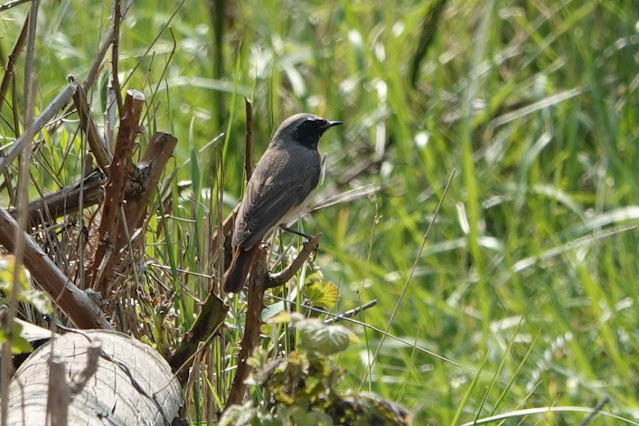 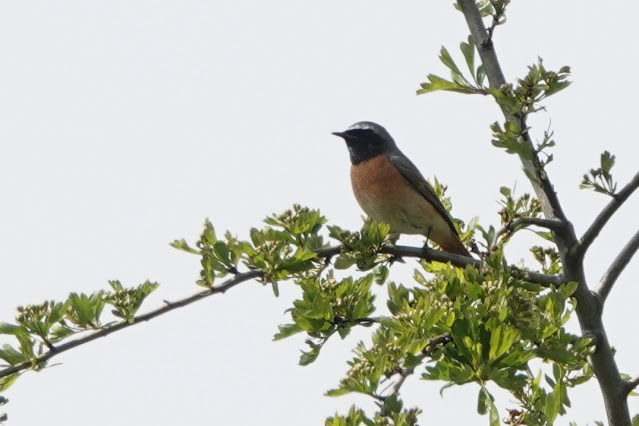 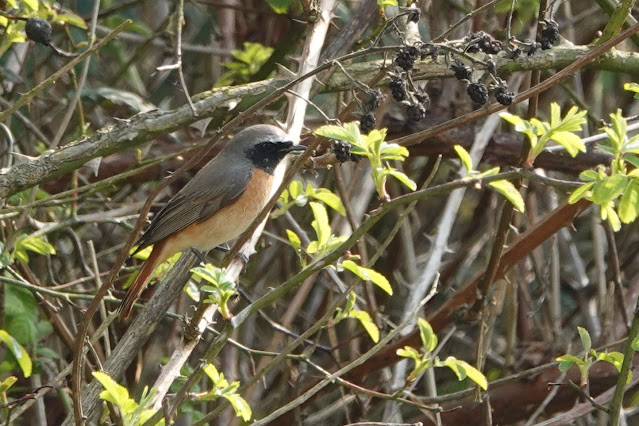 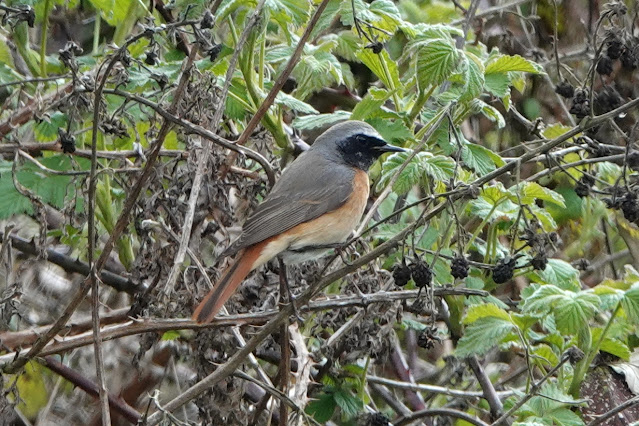 My brief circuit of the woodland late afternoon revealed many butterflies on the wing including the hoped for Orange Tips with two gleaming males seen while a Bombus pascorum, Nomada goodeniana and Andrena nitida were seen around the gardens opposite out meet and greet tables along with vast numbers of Musca autumnalis once again. 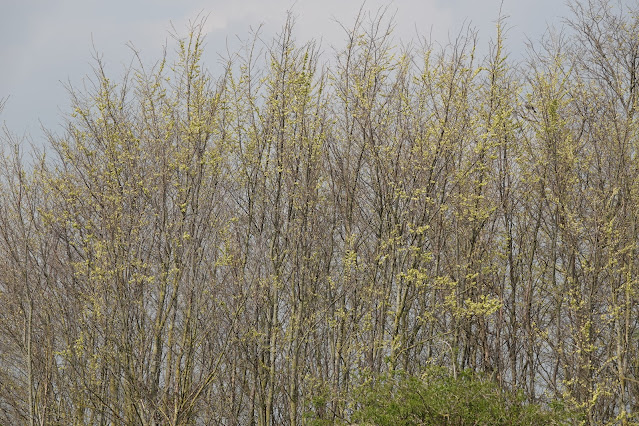 Med Gulls called overhead and even the Marsh Harriers drifted over the Centre a couple times on what was the first warm(ish) day for quite some time.

I wonder what will be seen tomorrow as I am off work for two days?  I will have to go and find my own Mediterranean waif!