Persuading myself to go out walking when I have a spare few hours has been problematical of late but I am trying very hard not to slip back into the lethargic slothishness of my pre-lockdown life and this morning I managed to haul myself up the road for my first walk around Ranscombe since the high summer.

It was cool and crisp with blue sky and almost no wind but I knew that this was not meant to last beyond lunchtime. Despite the heavy rains the paths were largely free of mud and I had a pleasant three mile loop down to the fields and then back up past Birch Wood to Sam’s Clary bench where I sat with a coffee and enjoyed the hazy golden view across the fields and down the valley towards Maidstone. 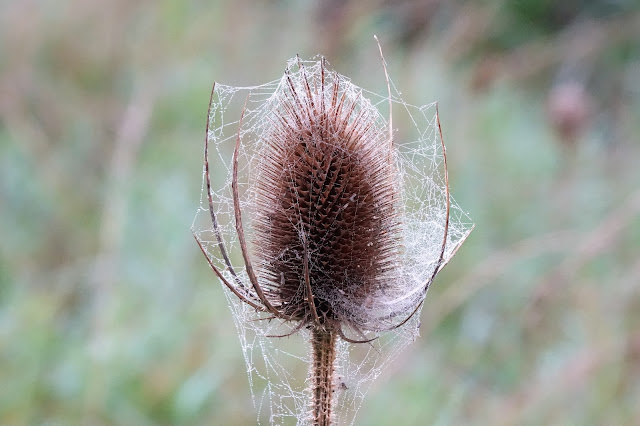 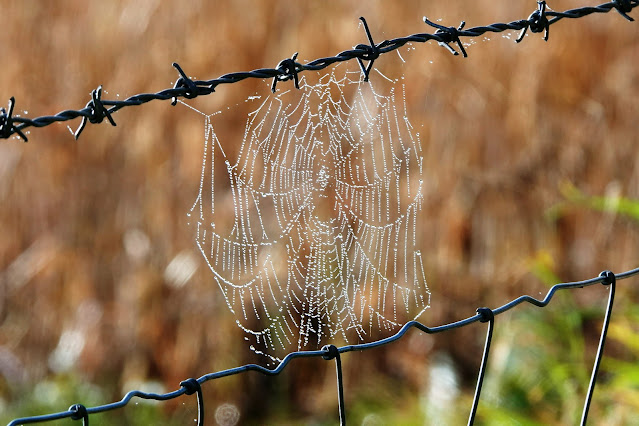 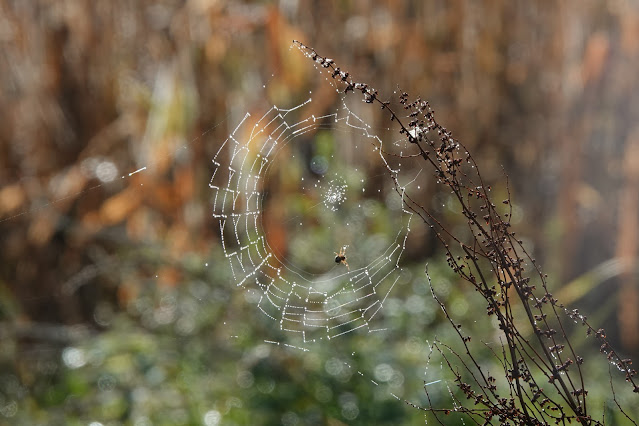 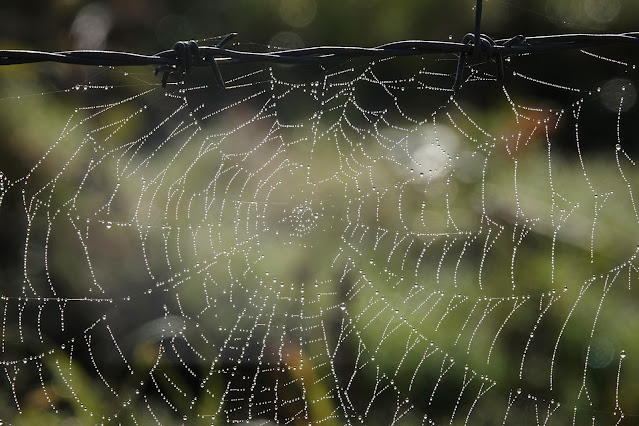 Most trees are yet to turn and although autumnal, there was a feeling that there was still plenty of vim and vigour left in the mostly green leaves although I suppose that the first proper frost will persuade them to start drawing in their reserves for the winter ahead.  There were still flowers to be found with Hedge Woundwort, Red Clover, Bristly Oxtongue, Dandelion and Wild Carrot seen.  There were plenty of flies lazily bumbling between sunny spots and I am sure that most I saw were Phaonia and worn Pollenia and a single Bee that I think is Lasioglossum calceatum.


There was very little in the way of bird life with just a few small roving Tit and Goldcrest flocks and a single Nuthatch and the odd squawking of a Jay.  Skylarks and Meadow Pipits were in the stubble field above the farm but there were no finch flocks. It seems to be another fair year for the Sweet Chestnuts and I collected a few in my forage pouch which was quite easy to do as several of the trees were actually throwing them at me!


As you would expect I found a few leaf mines which Antony helped me with this afternoon and as usual things are always more complicated than they appear but at least I gave it a go.

I looped back up by the top of Kitchen Field and then cut through the woods back up to the Darnley Mausoleum before the pleasant walk back down the main path towards home.