It dawned calm and still and so after an early breakfast we decided to hit our Hoswick patch properly for the first time.  We split up and I took the end of the village closest to the sea and worked my way from my garden to the last house.

There were birds on the move, not huge numbers but enough to give us hope of finding something.  Small parties of Redwings drifted over and ones and two came out of the garden where there appeared to be more Blackbirds than previously. The local Starlings kept me amused with their repertoire of mimicry with waders being a particular favourite.  Ringed Plover call and display song, Oystercatcher, Redshank, Lapwing, Turnstone and Curlew were all comingled with the usual growls, whistles, and throaty garglings while spiky throat feathers pulsed in time to the tune and winter spots shone like a canvas of stars on a oily background. I do like a Starling and the beefed up Shetland form takes some beating. 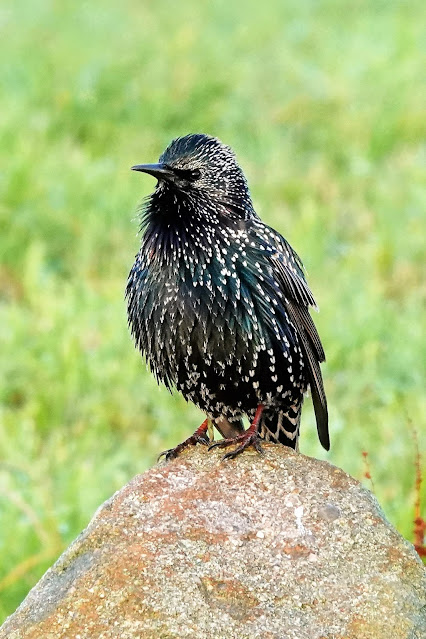 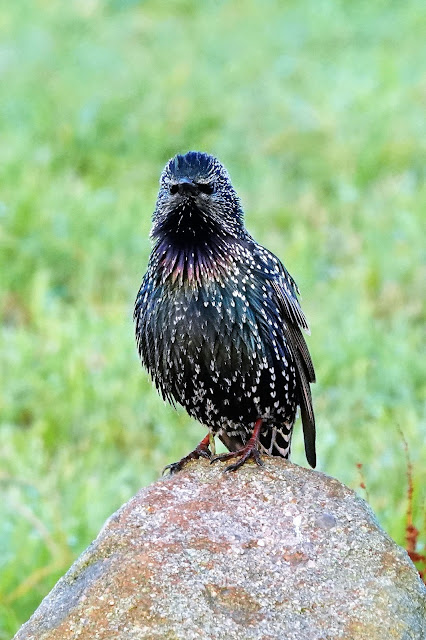 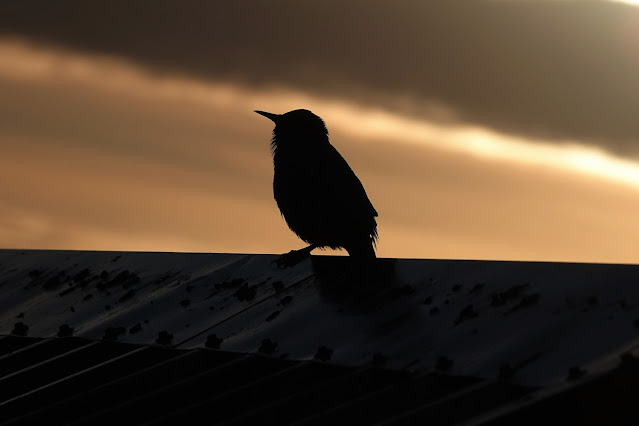 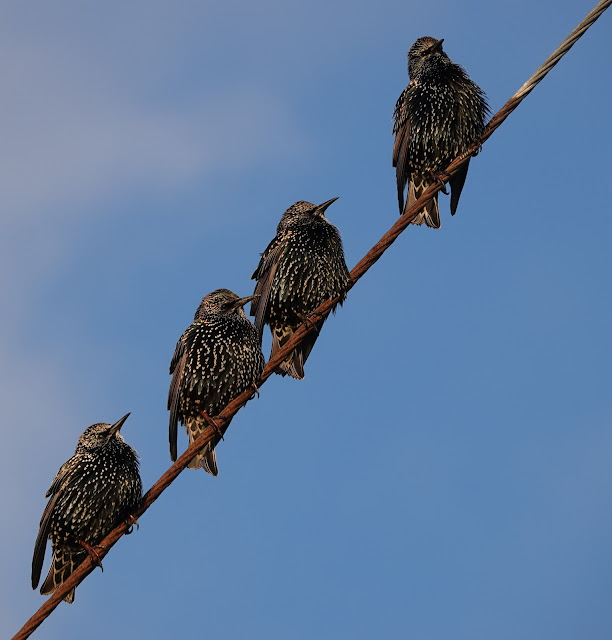 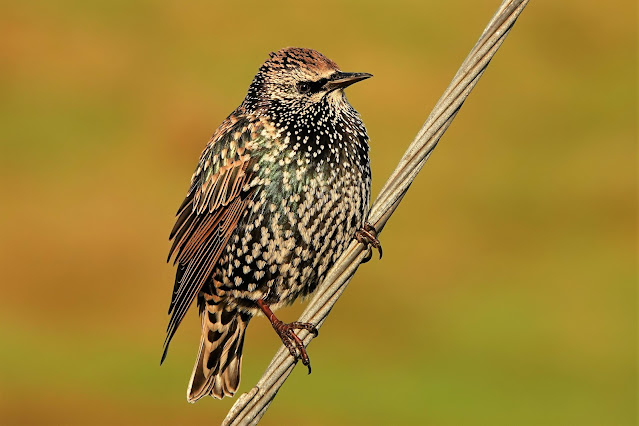 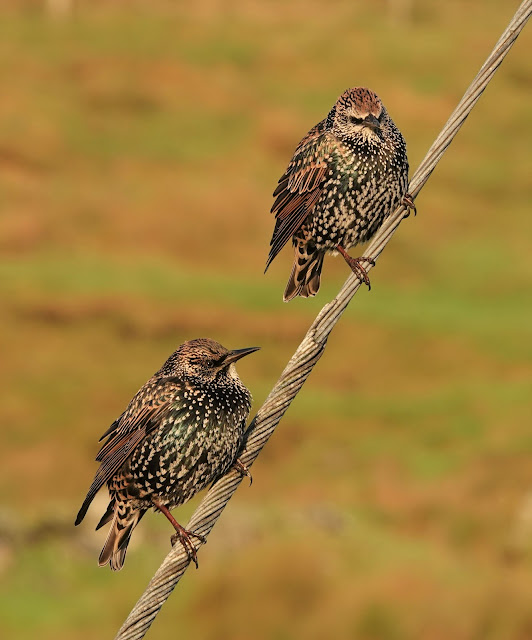 Two each of Siskin and Redpoll were heard and 19 Bramblings out numbered the few Chaffinches.  The latter two were coming down onto the beach to look for seeds above the tideline but were seen off but a super aggressive Shetland Mega-Wren. Six Swallows drifted aimlessly around unsure of which way to go and I added Reed Bunting and six Woodpigeon to my fly over list. A Pied Flycatcher was a nice find in a front garden and four Blackcaps, Willow Warbler and the first Garden Warbler of the trip were seen. 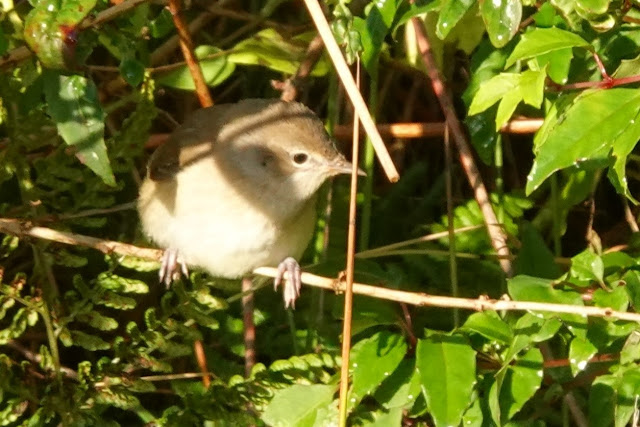 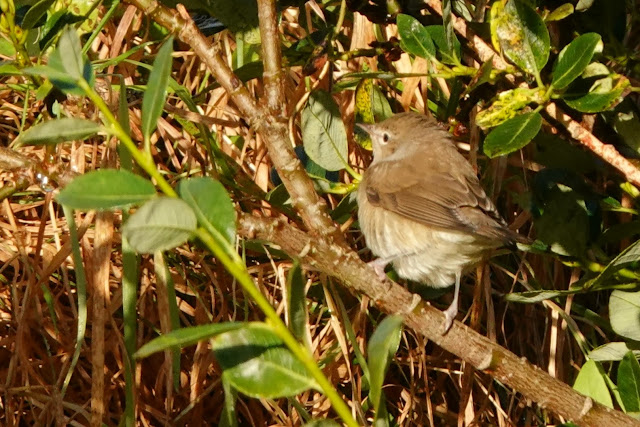 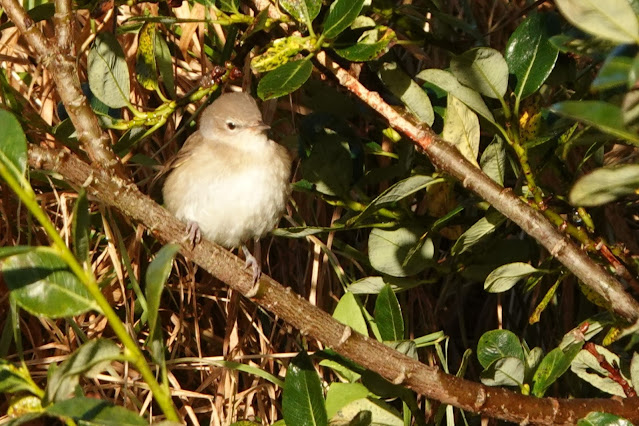 Rock Doves and parties of House Sparrows headed off over the hillside presumably to other gardens that are on their breakfast radar and there were a few Auks and Shags in the bay.   A farmer was hastily mowing every little tiny paddock along the cliff top between the houses in the hope of some dry hay to collect for silage before the poor weather returned.  Turnstones and Starlings followed his every move… 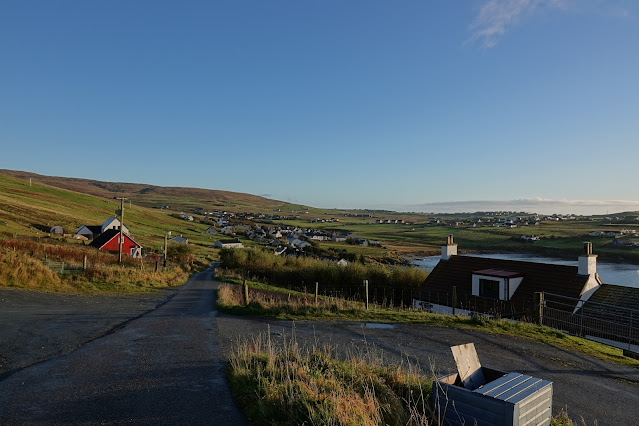 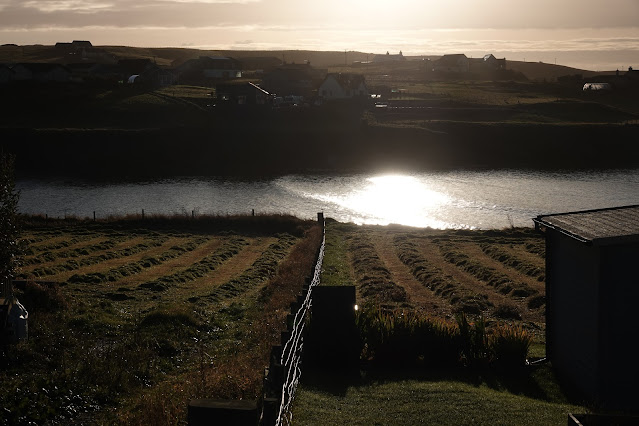 I retraced my steps finding a Wheatear on my way and went to join the lad up the Sinister Burn (sorry) where a Jack Snipe was pretending to hide in the Iris channel that the free range puddleducks were busy squibbling in.  Lapwings and 45 Golden Plover were in the fields behind and a male Peregrine dashed up the valley.

Time to move on and we headed north towards Lerwick as news broke of a Lanceolated Warbler on Unst.  Peter still needs this most pesky of Locustellas but we all knew that the chances of a refind were slim.  Spaces were tight on the boats but a lift was offered our way with friends making a dash for it and so a rendezvous was arranged in a big layby so that we could deposit Peter for the chance of seeing his nemesis.

With the Bradders Band now down to three while Mr Moore pursued his solo career, we decided to have another poke around Fladdabister’s ruins.  It was actually fairly quiet but started well with a Lapland Bunting flying strongly south calling.  There were plenty of Meadow Pipits to check and a couple of Song Thrushes were spooked but nothing else.  Black Guillemots dotted the sea with a few more Auks further out. 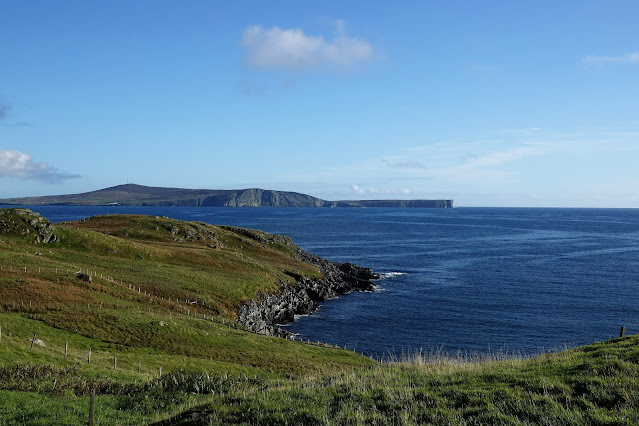 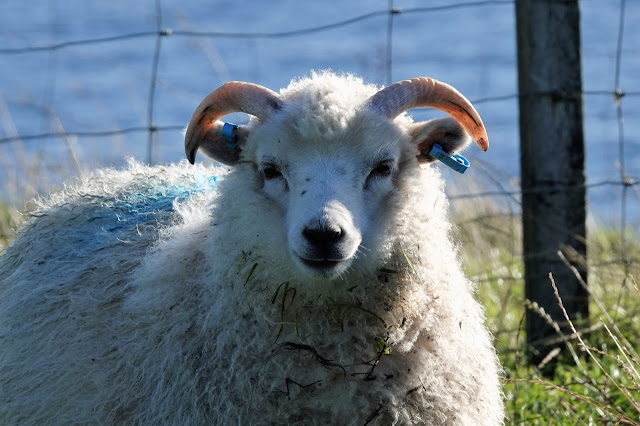 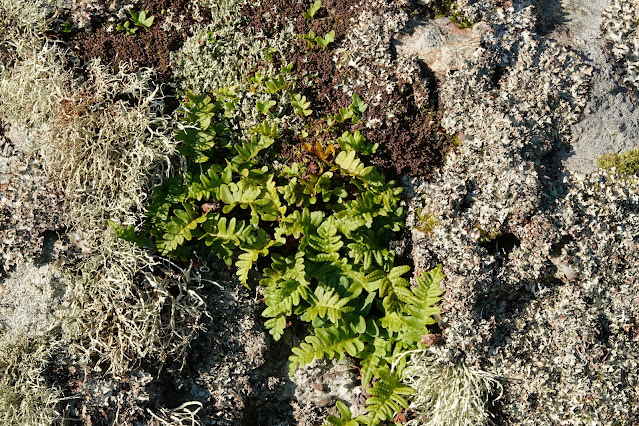 With such calm conditions and good light we made our way back to Wadbister Voe but views from the east side this time.  The King Eider was still a long way off but showed much better with 332 Commons and our scans of the Voe produced two much sought after Black-throated Divers, a Red-throated Diver, five Wigeon and a few Auks.  I think that BTD was Shetland tick for all of us.

Loch of Benston was checked next but most of the duck were a way off but there were two Mergansers snorkelling, about 40 Wigeon, three Teal and a Mute Swan.   A Ruff flew over with a couple of Redshank.

News of a Rustic Bunting just down the road at Kergord had us popping over the valley and into the next but we just missed it by a few minutes as it zipped off toward the next copse down from the main Sycamore and Ash wood.

Us and a handful of other birds went in and spent time skirting around the edges and getting lovely views of over 20 Siskins as they fed on the Alder catkins.  They were largely silent but would occasionally get excited and start squeaking.  They will always remind me to two things – early YOC trips to Wanstead Park in at the start of the eighties where we always had a wintering flock of these and Lesser Redpolls in The Dell and of my first trip with my family to Scotland in 1986 where I discovered just how common they are up north and were a sound of every wood we visited. 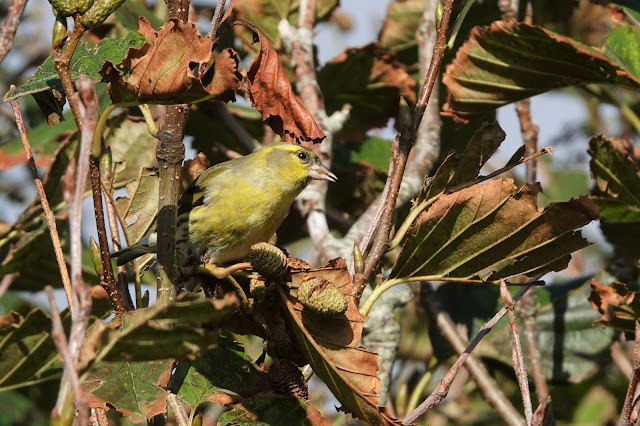 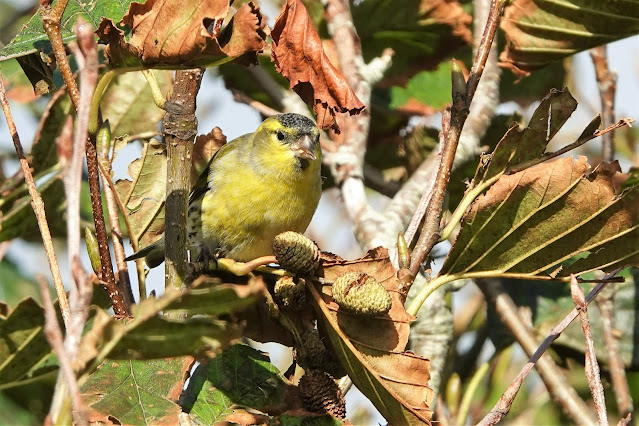 David yomped off back along the fence line to check back near the farm while Jono and I slowly checked both inside and outside the back edge of the wood.  We did not see a bird and returned to the showy green and gold Siskins in the sun.  Just a few minutes David radios us and say ‘ come round the back, I have a Radde’s with a Blackcap’.  Jono and I looked at each other, shook our heads, smiled and trotted back to where we had just been.

It was all to no avail for a while but suddenly movement was seen low down by the stream and the as if by magic it pooped up right on top. The only problem was that Jono and I were the wrong side to unscalable barbed wire fences and could not see it despite being so close.  The rattle of camera shutters did not help. We quick stepped back around the plot once again and thankfully as we emerged the bird appeared right in front of us although I got clocked in the face by the scope on the back of an over eager birder leaping in front of me and had to wait a few more seconds for it to appear right at the top of a Silver Birch where it flashed it rich cinnamon under tail, dark olive plumage and wiggly flared supercilium.  It soon flipped off and into deeper cover with the tail wobbling behind like a shorter Dartford.  None of us had seen a Radde’s in the canopy before but in this block of wood there was no ground cover or foliage below waist height other than in the corner by the stream.  David was mightily relieved that his bird had re-emerged and were were equally pleased to have actually seen it too. 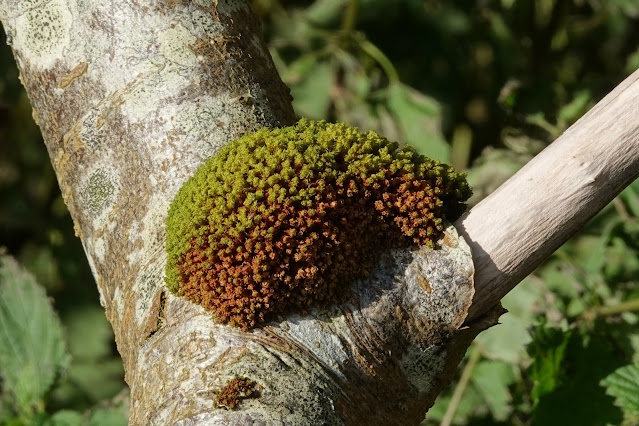 Retracing out steps back towards Loch of Benston gave us a Pie Stop at the Skellister Post Office with two dashing Merlins for company before heading over to Garth where the Sycamores were alive with Bramblings and Chaffinches with about 40 of each. Four Willow Warblers and our first two Lesser Whitethroats were seen (one of which I found while looking in the interior car mirror) along with a few Redwings and a single Reed Bunting.  Golden Plover flighted in with a single Black-tailed Godwit for company.

I was amazed to discover a couple of gorgeous Moss Carder Bees nectaring (albeit sluggishly) on flowers just yards from where I my only other sightings five years ago.  This race of Bombus muscuorum (sp agricolae) on Shetland is strikingly different from the ones down south (that we can never identify) being vivid orange on the thorax, bright yellowy buff on the abdomen and jet black on the sides and underneath. 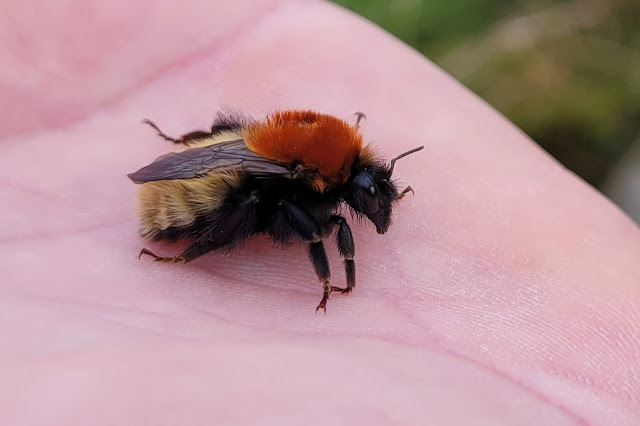 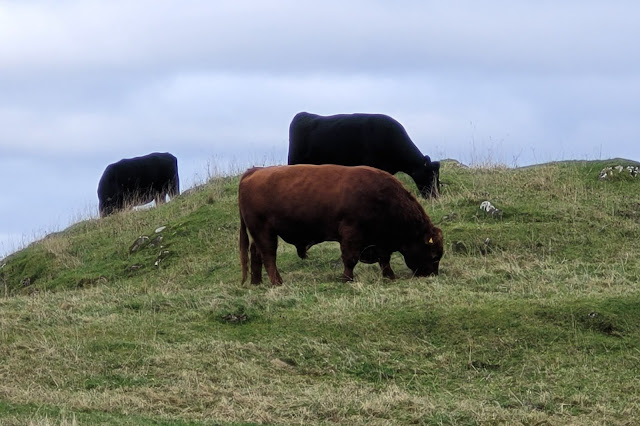 Following the coast road took us through Skellister to Nesting Bay where we hoped to find a Great Northern Diver for Jono’s 250th for the year.  We got out and I put my bins straight on three nice big Divers.  ‘ There you go’ I said to Jono ‘and the one on the right is in sum plum!’  The lads put their scopes on them and things were not quite as they appeared as the sum plum bird was a corking White Billed Diver…

Unlike the dithering around with the winter plumage bird at Druridge, this one was a wow get the news out moment but it was reassuring that the posture, bill shape and size of the bird all corresponded. 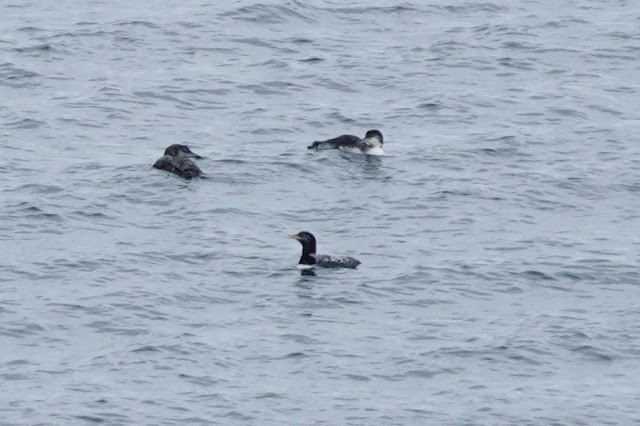 I walked about a quarter of a mile down the road to get closer and even had it calling.  All three birds had been loafing but then went into feeding mode and were covering huge distances under water but fortunately others soon began to arrive and got good views too.  An Oystercatcher was also new to the trip list!  WBD’s regularly winter in this area but it was still a fantastic bird to come across. 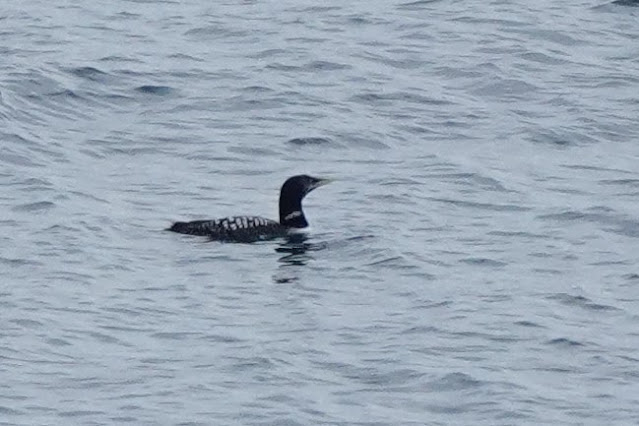 WBD video from Mr B

There was one last stop planned and I think that it is the first time I have been to Swining when it has been flat calm.  This tiny lochside hamlet of just three cottages has some wonderful gardens that you can circumnavigate and although there was nothing rare it was good to stumble on a couple of secretive Robins and Blackbirds, two Goldcrest and a vocal Yellow-browed Warbler. 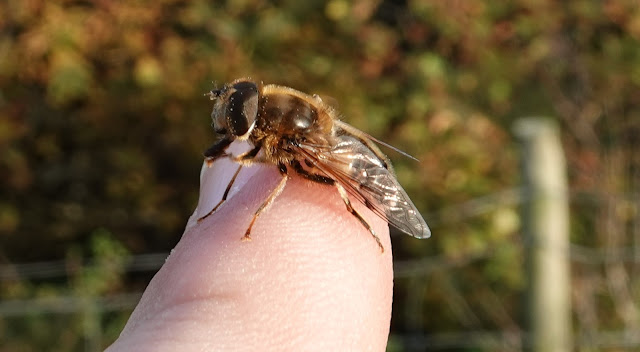 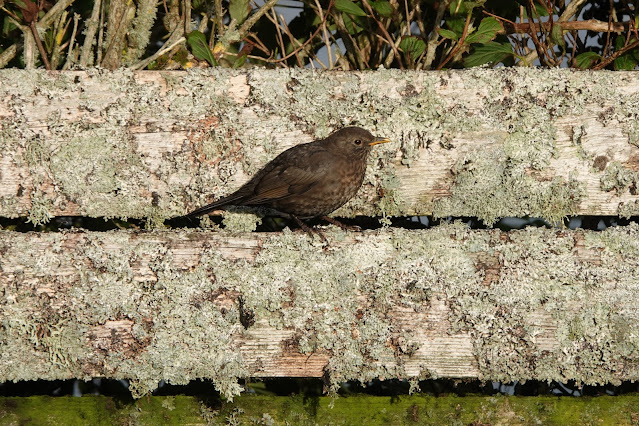 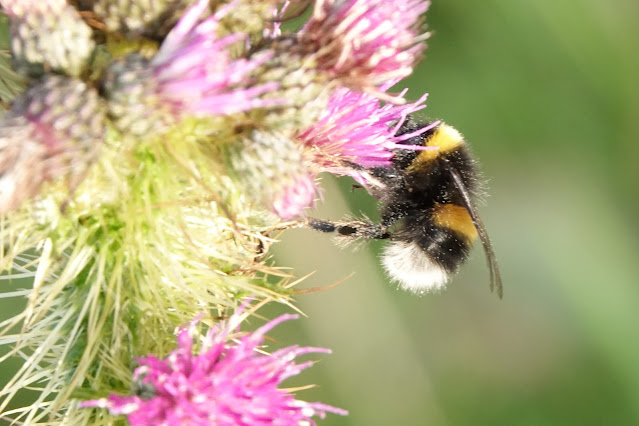 The tide was out down on the Voe and 16 Mergansers were snorkelling in the shallows with a few Shags and Auks while Turnstones, Redshanks, Ringed Plover, Snipe and Curlews probed the seaweed.

An Otter was spotted and swan towards our shore so we stealthily approached closer to the edge every time it went under and checked that the wind was towards us. Hunkering down below the little bluff above the beach gave us a great views when this big Dog came ashore to mark his territory and then head back out to where a second animal was hunting.  They only came together once when some grumbling could be heard before he came ashore again to re-mark his territory.  It was a real privilege to spend even just a few minutes with these enchanting animals. 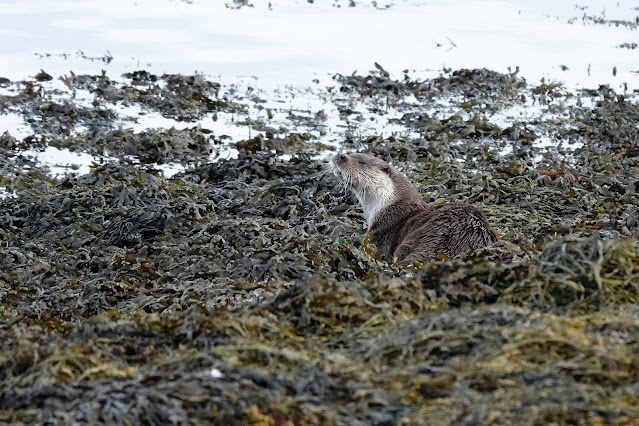 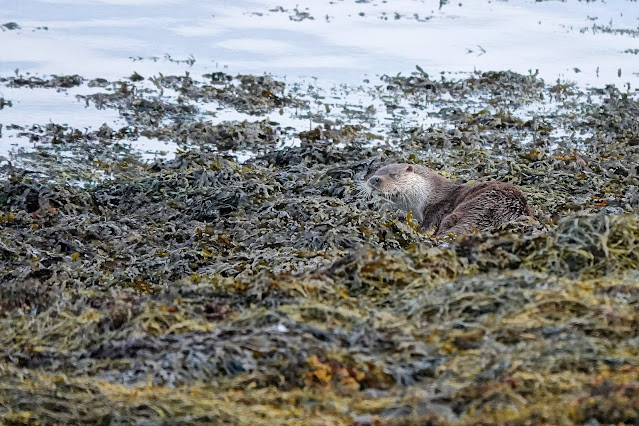 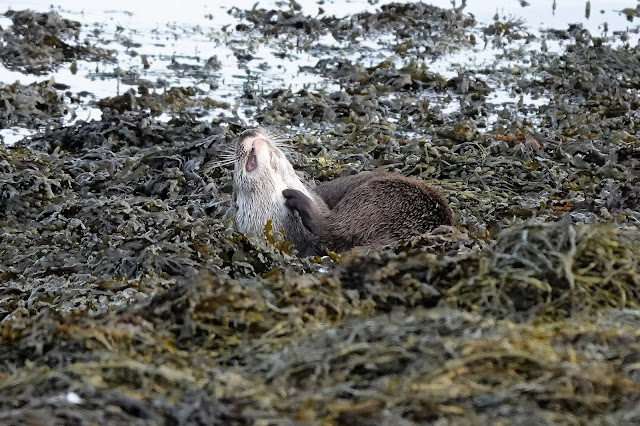 It was a pleasant drive back and we only diverted into Lerwick to have a quick look for the reported adult Iceland Gull around the ferry terminal but had no joy but did see a couple of Long-tailed Ducks. We even checked the Shetland Catch rooves but it was not there but I did discover a continuation of the Shetlanders curious obsession for creating Minions out of scrap… 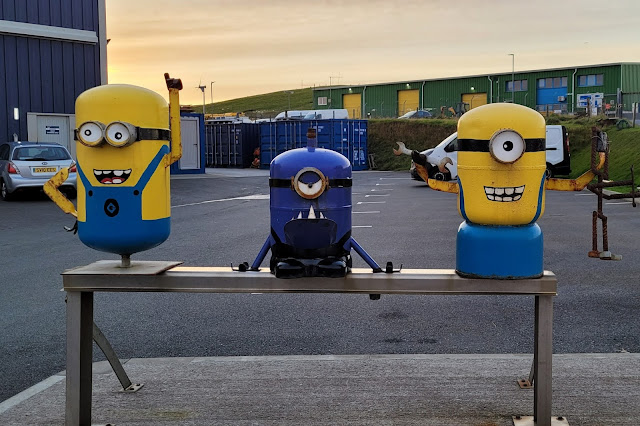 Peter got home shortly after and although his Quest for Lancy had turned into a Gropper Hunt, he had seen a stunning Bluethroat, Little Bunting and Ring-necked Duck.  Dinner was happily consumed and a wee tipple was raised in memory of Phil Street who we lost a year ago… 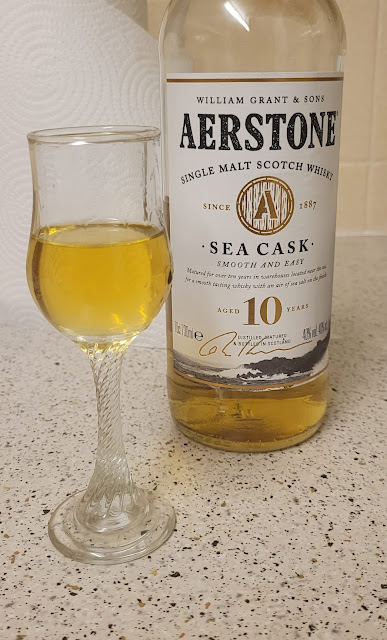