It has been a funny sort of week with the underlying stress of car and cat troubles but I was determined to head out on a walk somewhere today.  The forecast was grey and breezy but mild and dry so I opted for the Hoo route to at least give me a chance of seeing a few estuarine species.

I wiggled through town and up to Frindsbury All Saints (avoiding Donkey Hill) and found the wind to be hardly Saharan in temperature as it whipped over the cliff top.  Blackbirds, Robins and Woodpigeons were all feeding in the deck on the shelter of the Ivy hedge. 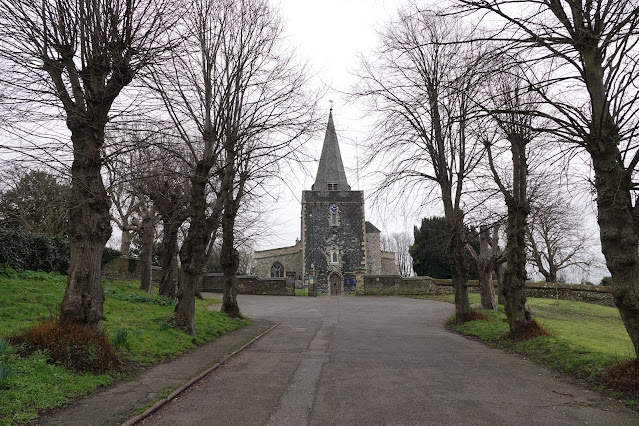 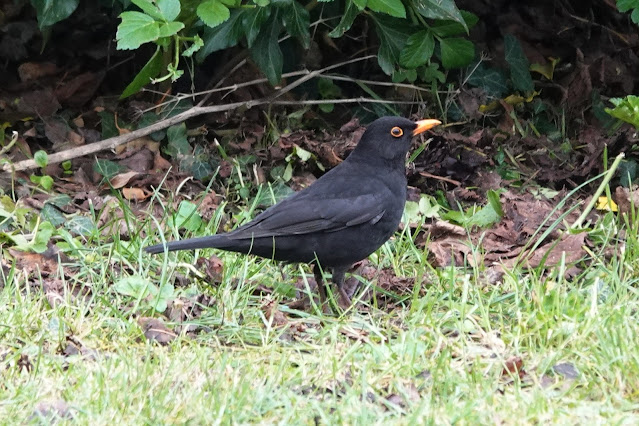 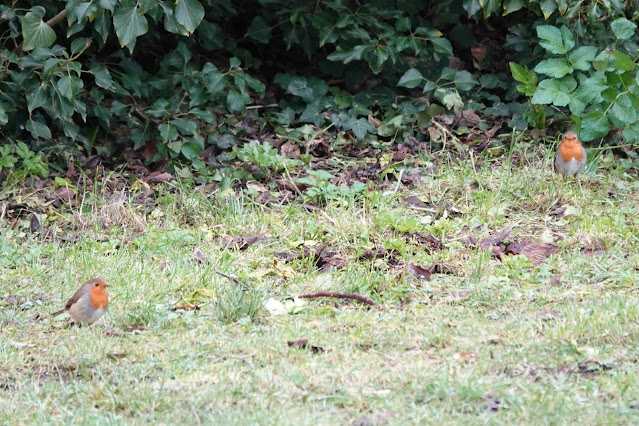 They had already inexplicably mowed quite a large are of the oldest part of the cemetery but I still found several clumps of Snowdrops and Primroses and the odd little Luffia lapidella Bagworm moth cocoons were still clustered on their chosen gravestone. 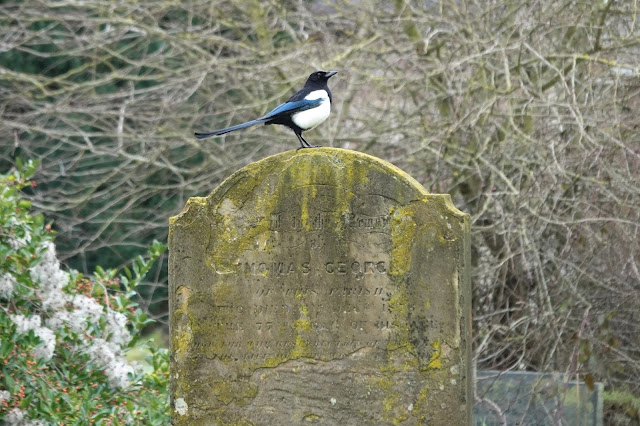 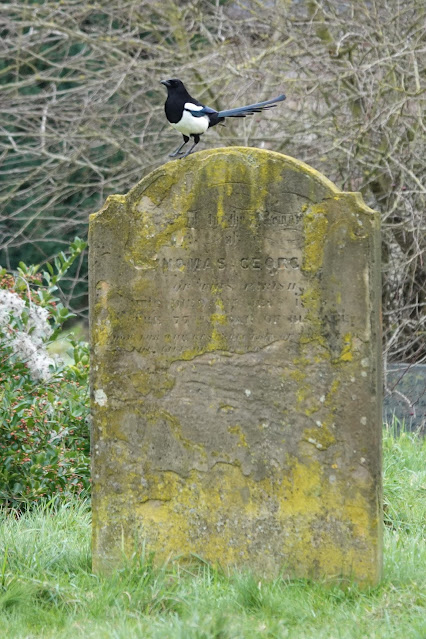 There was only one Redwing on the walk down the lane and the Cotoneaster and Ivy had been stripped almost to the last berry.

I crossed towards the Temple Hill STW were a cloud of Pied Wagtails and Black-headed Gulls came up but once again Gundolph Pool was devoid of life.  Just beyond the MoD entrance I found some small Holm Oaks and once again found moth leaf mines and these appear to be Ectodemia heringella although I still have a lot to learn.

I popped into and empty Coelho’s for a pastry and kept going. The tide was low and dropping fast which meant that I would get along the beach but that once again the birds would be miles away – nevermind. 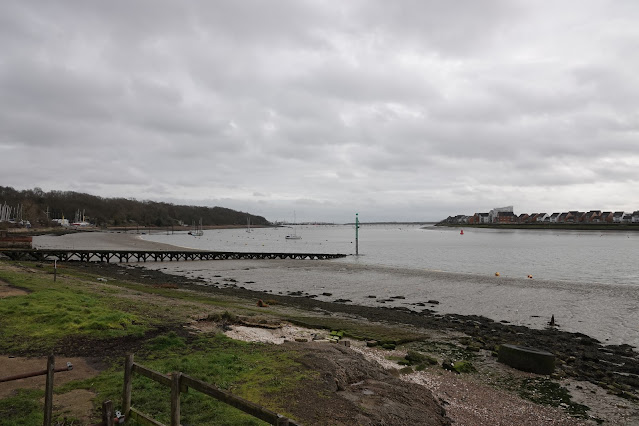 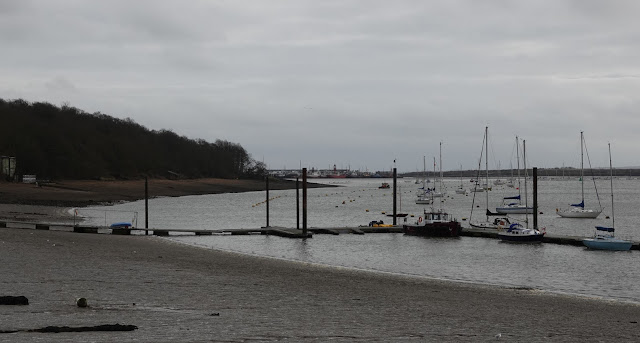 There were a lot more people around than normal and whereas I would normally see a couple of hardy souls traipsing through the mud, today there were loads of families and dog walkers out.  It was easy enough to avoid people though – especially with my wellies on. It was very grey and there were no birds on the foreshore at all but I did find a Shag jump diving mid river with three Cormorants which was pleasing.  I presume it fancied a change from Basin II of Chatham Maritime opposite.

As I approached Hoo Marina a flight of Brents whiffled in and I suspected that they had been on the winter wheat in the field up behind the woods.  They alighted on the mud and set about preening with a few Shelduck, Oystercatchers and Curlews for company.  There were only a couple of Redshanks and just six Avocet to be seen.

A small Harrier appeared over Hoo Saltmarsh (the Pampas covered island) and I thought I had got myself a ringtail Hen as it was so light and buoyant but the appalling light was not helping. It dropped lower and against the tall grasses it was clearly all dark and therefore a young male Marsh. Amazingly this was the first one I have seen on a walk with only an over the house spring male making it onto the list.

I plodded through the Marina and utilized the shelter provided to sit and have a cuppa while the Sparrows chattered around me and I was glad that I did as once up on the river wall the wind was now seriously gusting and had dropped the temperature considerably too.  I walked all the way up to the gate overlooking the marsh before Kingsnorth which was very hard going in places with the thick clay rich mud weighing down my boots.  The tide was miles out by now but I had taken my MMIII out with me and by resting in one of the old MoD defences I was able to spend some tome scanning the channels while I had my lunch. I was hoping for Mergansers once again but only found a couple of Great Crested Grebes while small groups of Brents, Pintail and Wigeon hunkered down in the margins.  The odd Grey Plover was out on the mud but it was hard going and even the game crop behind held nothing bar a couple of Greenfinches this time. 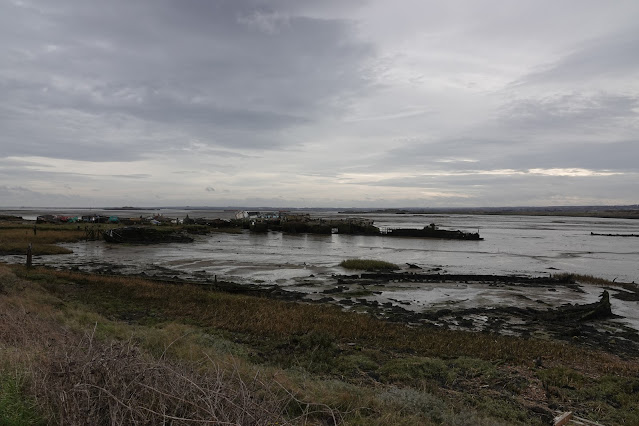 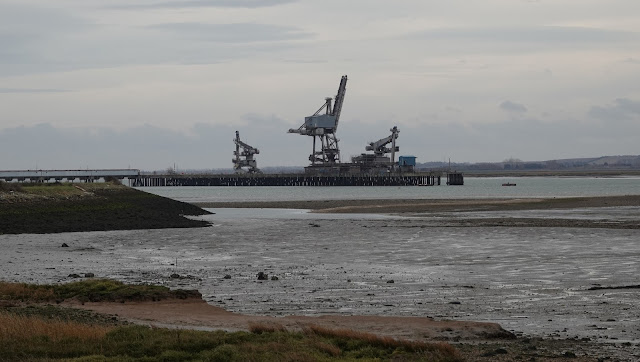 My scans did add another new species though with a female Merlin skipping low over the main channel as it made a b-line for Horrid Hill while a Kestrel was hovering much closer on my side.

The view from the end gate showed me that most of the Brent were infact out on the water meadows grazing with some Canadas and Greylags and a few duck.  I scanned them as best I could but could not find a Black Brant this time.  My time with these birds was short lived as two chaps with a Lab and a Spaniel set about doing some gun dog training on a whistle right in the middle of the only bit of marsh around here that actually holds any birds inside the seawall.  The fact that they put up a Jack Snipe did not reduce my frustration.  Apologies to those I know that responsibly train such dogs but this really was completely unnecessary and pushed everything back out onto the now lifeless mudflats. They tried to return but were constantly spooked. 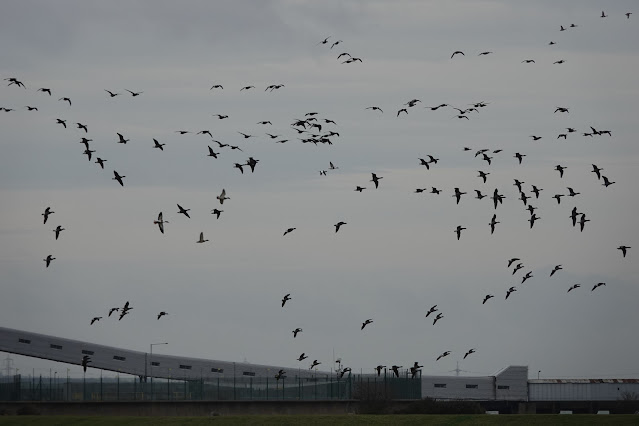 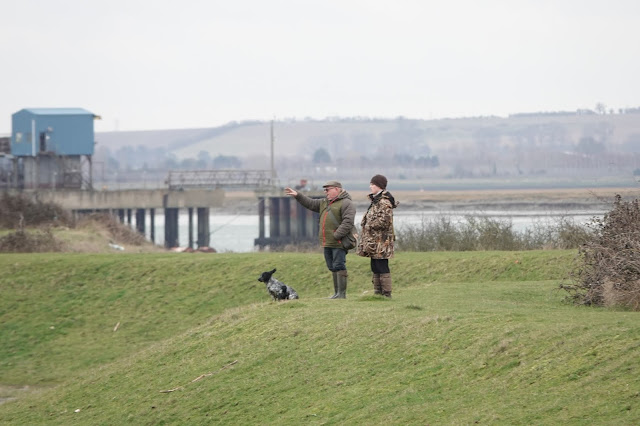 A flock of Lapwings appeared from further inland and fluttered into the wind out onto the estuary – I would have used the word shimmered but there was not enough light for that!

My fingers were frozen by this point but the idea of an inland slog back did not appeal as I suspect that I would have seen very little in the wind so I unusually decided to basically retrace my muddy step homewards.  It is odd how a path walked in the other direction offers different viewpoints and opportunities. 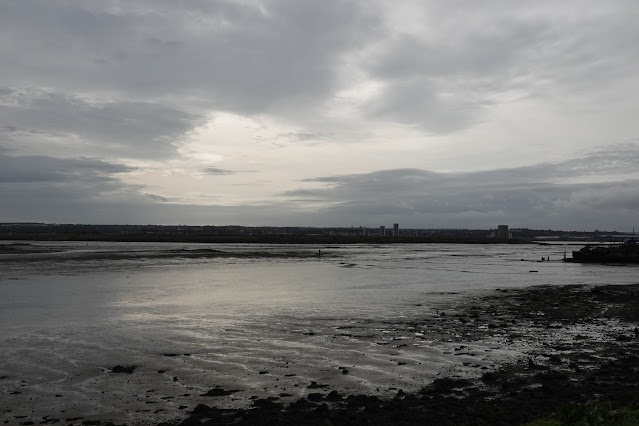 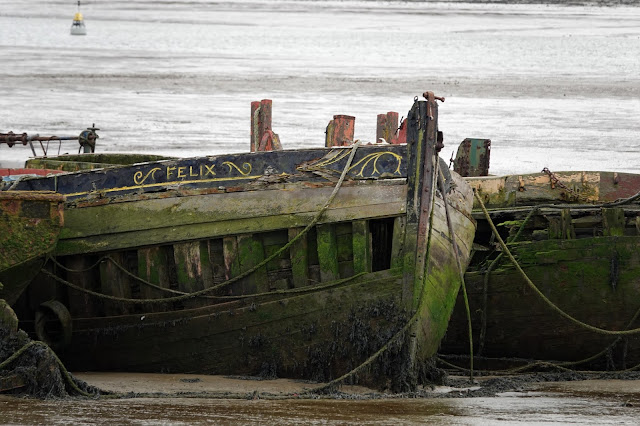 Somehow I had not noticed the houseboat with the Plexiglass Dome! Who knew that it was a real thing!  I grew up with Dr Seuss, and the Sleep Book in particular and...

‘On a mountain, halfway between Reno and Rome

We have a machine in a plexiglass dome

Which listens and looks into everyone’s home.

And whenever it sees a new sleeper go flop

It jiggles and lets a new Biggel-Ball drop.’ 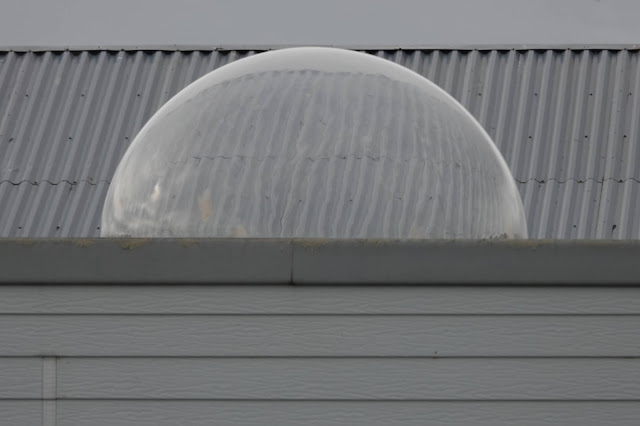 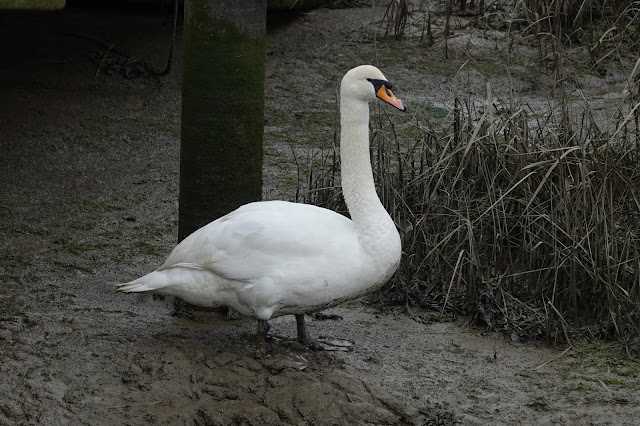 The Brent flock that I suspected on the way out was indeed in the wheat field but was soon on the move again and circling back into the bay just beyond the Marina and an immature female Peregrine hurtled through.  The tide was coming in quite fast but I had plenty of time to make it along the beaches back to Upnor only stopping to take some pictures of the Cockles, Clams (I think they are non-native), Slipper Limpets (also a ballast stowaway) Oysters and Common Periwinkles as well as a very fine thick bottle base with what I think is a stylised boar’s head on it.  If anyone has any idea of its origins please let me know. 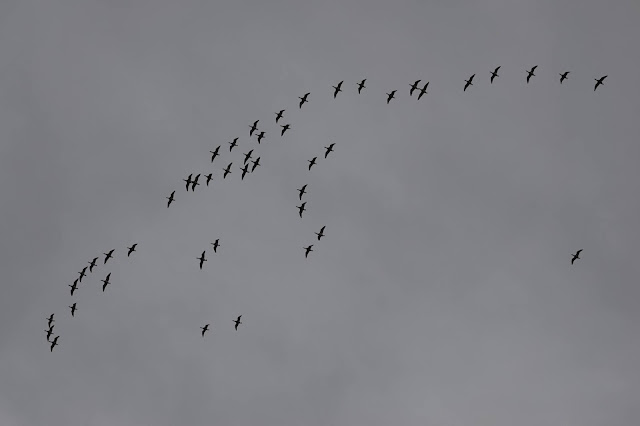 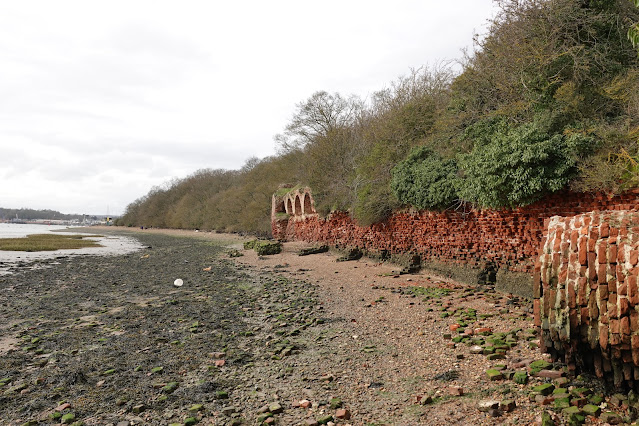 At the last boat ramp a curious beast emerged and slowly trundled down into the river where a small dingy was ferried into its embrace before being lifted on strops clear of the water and brought ashore for some maintenance. 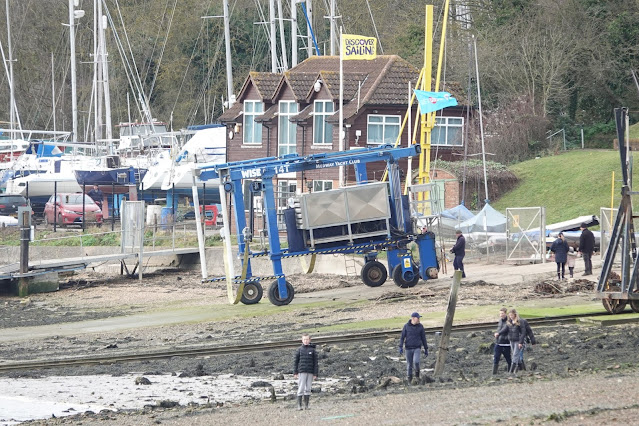 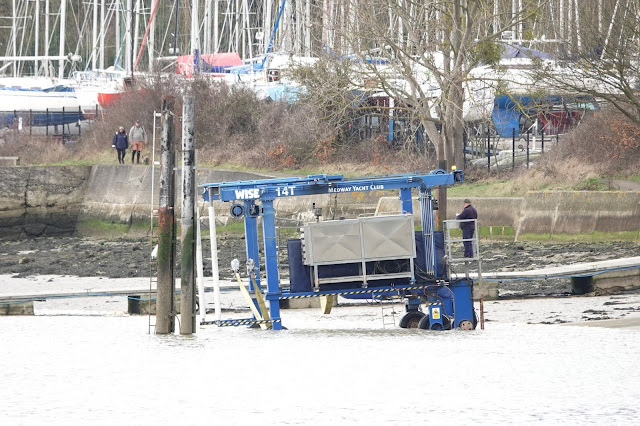 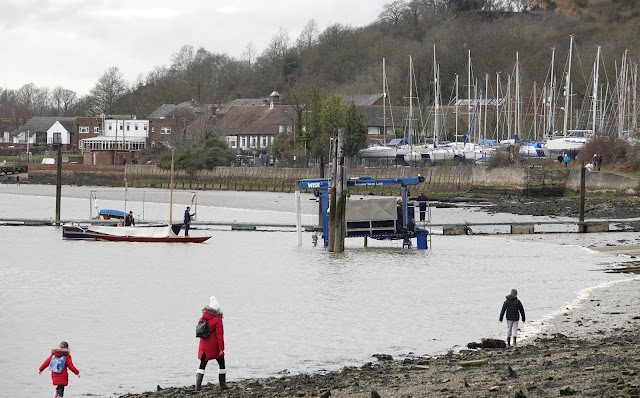 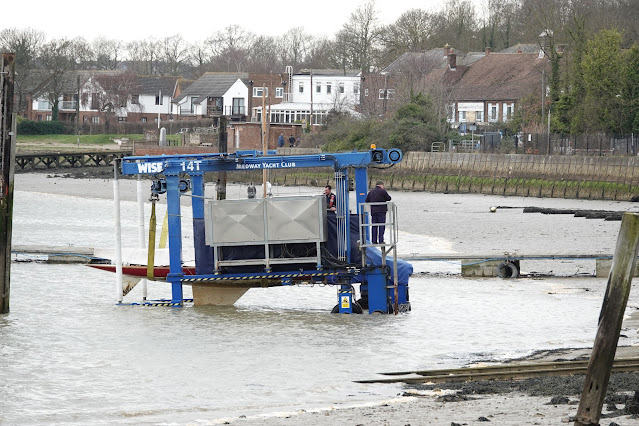 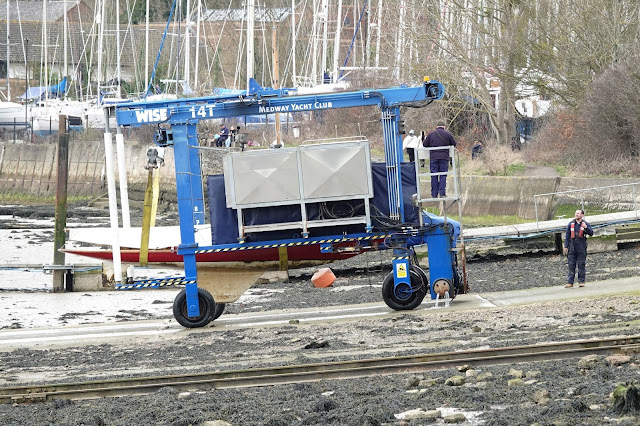 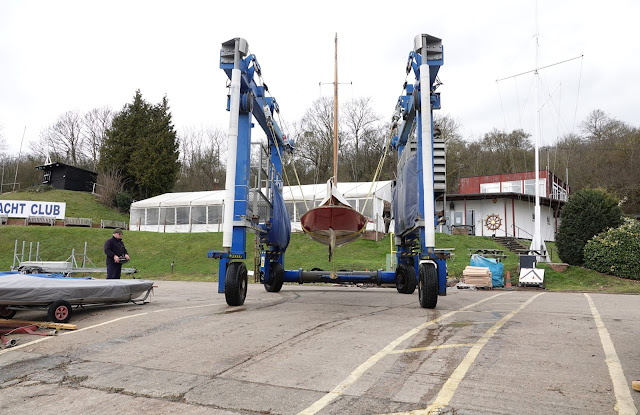 It was heaving with people on the Upnor river frontage and it is strange that this should now make me feel so uneasy.  I have been so used to having most places pretty much to myself that to suddenly see so many small groups of ‘humans’ was somewhat un-nerving.  I am not sure what has changed over the last few days but despite there being no change in the rules and guidelines there are certainly more people driving out for a walk regardless of the day or weather.  I just hope that the genuine improvement in the figures around Medway do not slip because of people thinking that it is all ok now.

I cut back past Coelho’s which had a throng waiting outside and hurried up the steps and back towards the castle. I took the back path through Temple Hill and was greeted almost immediately by a calling Firecrest that then started singing. A second bird was in with it and like my other’s recently the male was really going for it and sang persistently once he got going.  I could still hear him 50 yards down the track after I moved off!  There seems to be quite a few locally this winter and some of those are in known breeding spots and it will be interesting to see how many I can find this spring. 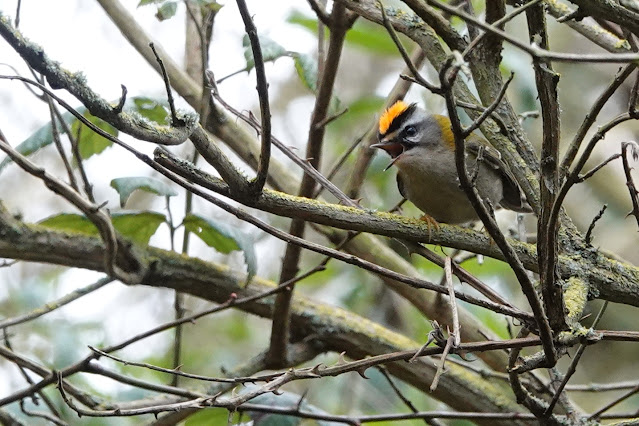 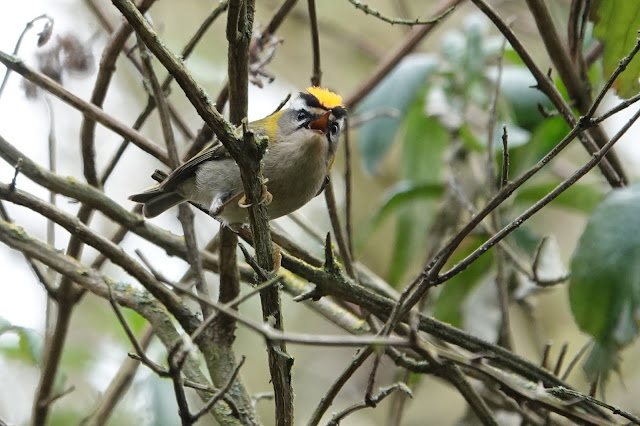 A Chiffchaff called stridently from the ivy and Long-tailed Tits moved through but all the Redwings had gone from the woods. I crossed the main road and headed back up to All Saints before a rapid decent of Donkey Hill back to the river and the final stretch towards home. 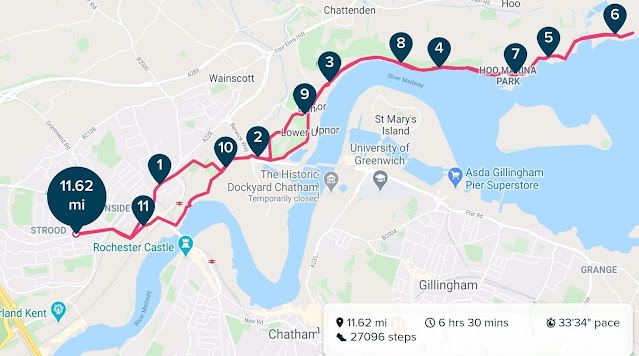