I learnt on Sunday 7th February that Roger Hawkins, the father of my long time birding friend Paul, had lost his fight against cancer and although I had not seen Rog in some time since he migrated north, there were a flood of memories rushing back into my head of those days over thirty years ago when we both relied on our Dads to take us on twitches.

Roger was always up for the ‘Big Ones’ and thought nothing of taking us lads (and associated friends) up and down the country. He was so laid be as to be almost horizontal and these trips were never really about him seeing the bird. He just enjoyed facilitating us young birders to see new and wondrous things and more often than not dozed in the car and listened to the radio while we explored.

I have no idea what I was doing to still be up at 2.30am after seeing the New Year in (it certainly was not drinking!) but my notes say that despite going to bed so late that Roger and Paul with David Hutley and James Hanlon in tow picked me up at 7.30 to head to Frensham Little Pond in Surrey for a Hoopoe hunt.  I can still picture seeing it for the first time preening in a tree across the lake before we crept closer.  This was only my second Hoopoe following one at Beeston the previous autumn. 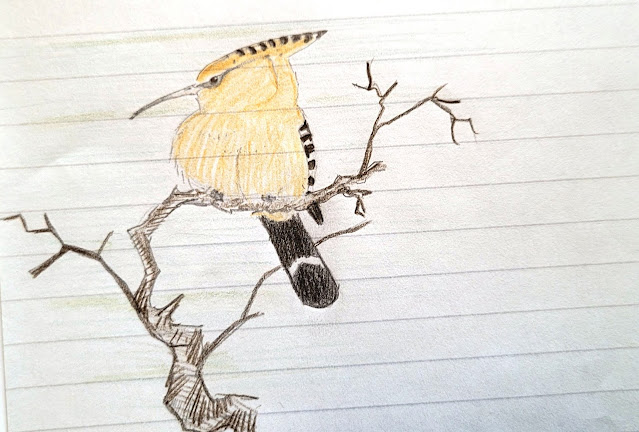 We then visited Wrasbury for a female Smew – it was the place to go back then but we could not find any Ring-necked Parakeets and finished up with a Long-tailed Duck at the delightful Staines Reservoir which was as grim then as it is now.

I can’t remember when the news broke on the Double Crested Cormorant in Cleveland other than it had been in the national press but by 8pm on the Saturday night we were rattling our way up the A1.  I have vague memories that the car was blue (possibly an Escort) but what I am sure of was my introduction to the back catalogue of the Electric Light Orchestra and even now I can hear Eldorado, The Diary of Horace Wimp, 10 538 Overture and Mr Blue Sky coming through the tinny speakers in the back shelf as we passed the sprawling twinkling yellow sodium lights of the north-east en route to Billingham with the breeze from the cracked open window so that Roger could have a fag.

We arrived at about 1.30am with the glare from the huge noisy ICI plant precluding much further sleep.  The Cormorant (the first for the Western Palearctic at the time) had been coming into Charlton’s Pond three minutes later every day and bang on cue Paul picked it up arriving at 8.33am high from the east. The three hundred or so birders present murmured their approval as it dropped lower and circled into land.  We watched it catch a fish and pretended to know all the minutia of detail we were looking for and after 45 short minutes we had had our fill of the bird and the stench from the factory that I wrote down as likened to ‘stale wine gums’ which in itself is an interesting thought. 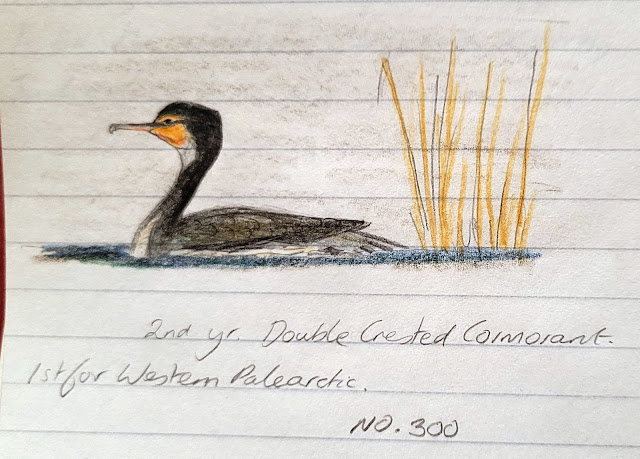 This was my 300th species in the UK and there has in fact not been an English once since I believe.

Where next? Wherever you want to go is what Roger would have said.  We had gleaned some information about a Black Grouse site inland near Barnard Castle and as we all needed that too that is where we headed. Remember that there were no mobile phones or map apps way back then so we had a dot marked on our road atlas and off we went.

Langdon Beck was our destination and I recall seeing Red Grouse as we wended our way up onto the moors but little else until we pulled over at ‘x’ marks the spot with three other car loads who had also headed west from the DCC.  I had dipped them twice in Scotland, Wales and England (anyone remember Swallow Moss?) and suddenly there were 33 strutting males and a solitary female in the sedge filled valley below us.  It was even sunny at that point and the cocks shone black and blue with red coxcombs – they were far more exciting than that Cormorant for all its rarity. 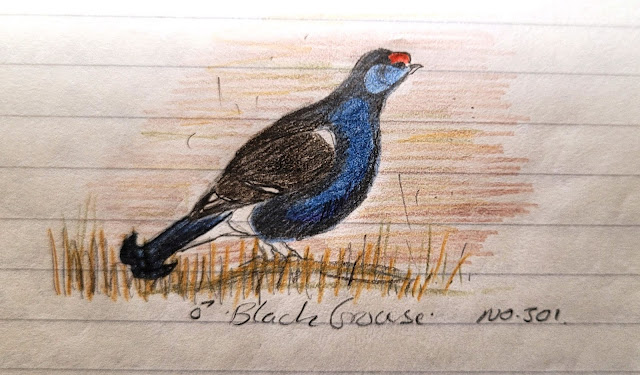 We wended our way south and ended up at Copmanthorpe near York where we saw some Waxwings in the fading light apparently with the 'Dartford Dippers' although I wish I could remember who they were although I could hazard a shrewd guess...

This was our first ever long distance twitch with Roger at the helm and it would not be the last and he had has all back in our respective homes by 9pm after another four tape ELO session and quite possibly some Led Zeppelin II.

There were some small trips in between the ‘biggies’ with a mini 'exilpes' snowball of an Arctic Redpoll with hundreds of Lessers and on a new build estate at Thorpe near Norwich on the 12th March which was actually more memorable for the 300 Tree Sparrows also present. 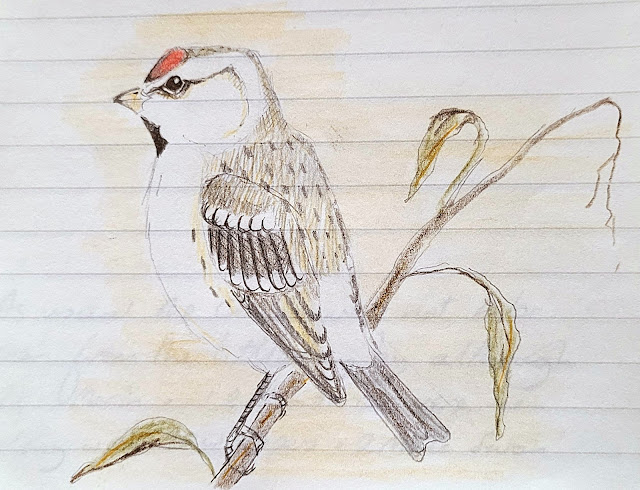 That wintery day ended with seven dancing Cranes in the pouring rain at Waxham and Purple Sandpipers at Ness Point. 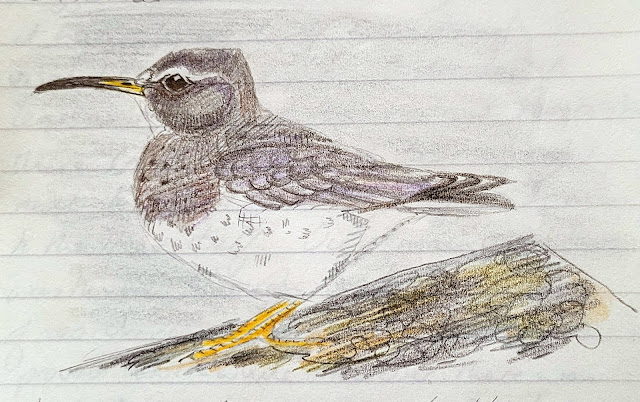 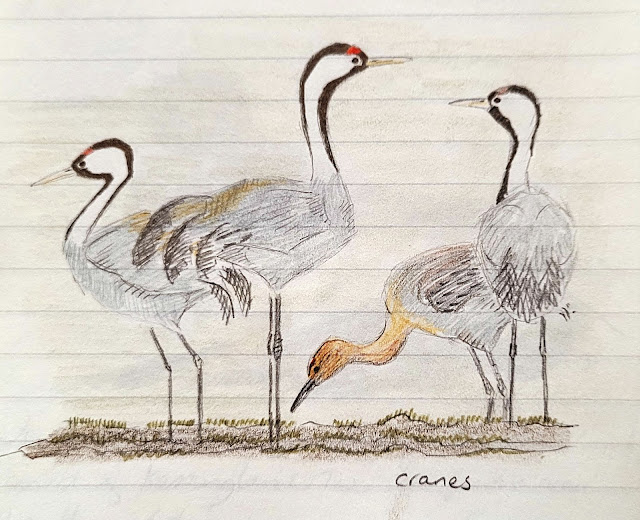 A wintering Baltimore Oriole had been found in a tiny back garden in the speck of a village called Roch way out on the Pembrokeshire coast and once again Roger offered to take us for it.  According to my notes we decided not to go straight to the site as it had been a bit of a bun fight with limited viewing into the back garden from outside so we went to St David’s Head first to try and find our first Choughs.

We walked round for ages but only had Peregrines for our efforts before returning to the little village where the Oriole appeared at its favourite bird table on cue and I seem to remember us all standing up a bank and hanging on to look over the fence! I even noted that we saw Charlie Wilkins and Nik Borrow as we were leaving to head down to Dale to look at two Spoonbills. My even earlier twitches were with these two esteemed gentlemen – ahh... Parula and Swainson’s Thrush in the Cornish Valleys just after the ’87 Hurricane. 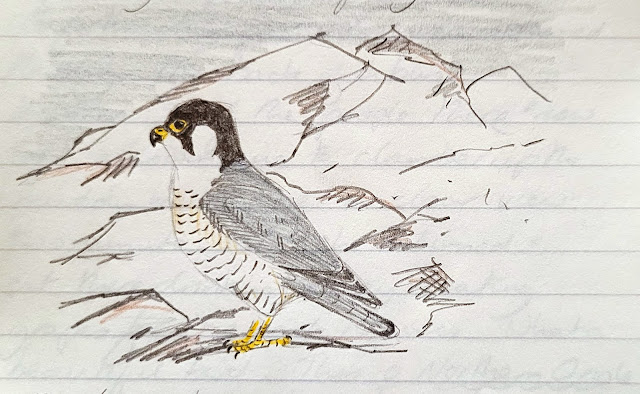 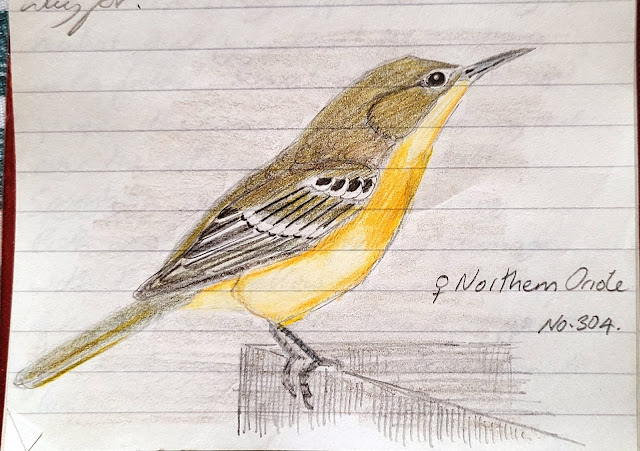 Roger was quite happy to ferry us between potential Chough spots and eventually we saw our first ones at Wooltack Pont along with what I suspect now was a Richard’s Pipit. 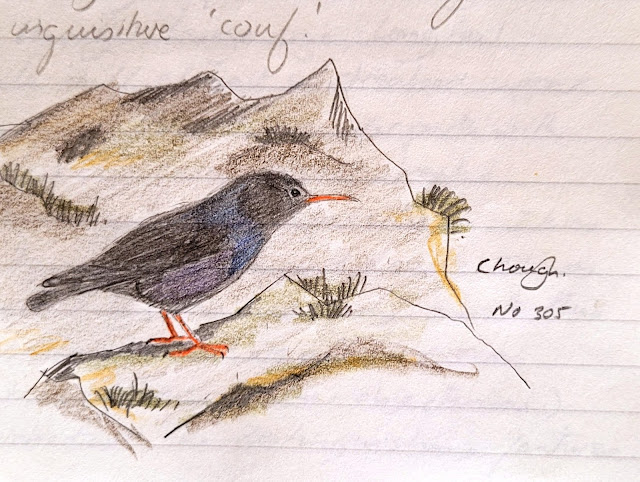 So, we were already on a two tick day but could we make it three?  It was time to head north into the wild Valleys of Tregaron where Red Kites were encountered gliding over the countryside. I was mesmerised.  Who would have thought that the fortunes of this species would so quickly change for the better? 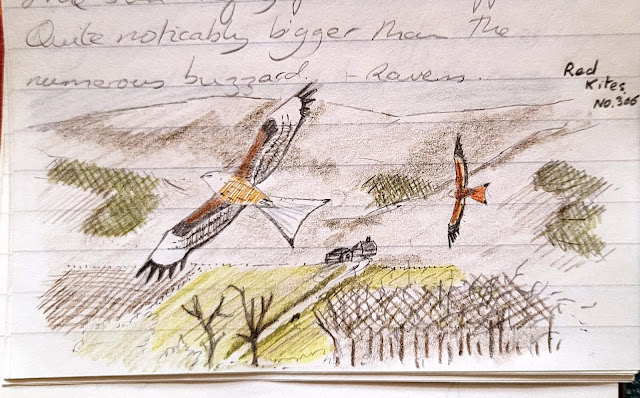 Back on the 11th February we were all part of the wonderful madness that was the Golden Winged Warbler at Larkfield (not too far from where I live now) but Roger had not been to see it so on this lovely spring day we returned with the intent of finding it for him.  It was still ranging widely around the Tesco car park and housing estate gardens but not too long after we arrived it appeared in a small clump of gleaming Dogwood near the shop and gave us the most amazing point blank views.  There were just ten birders present as opposed to the thousands of that manic Saturday. 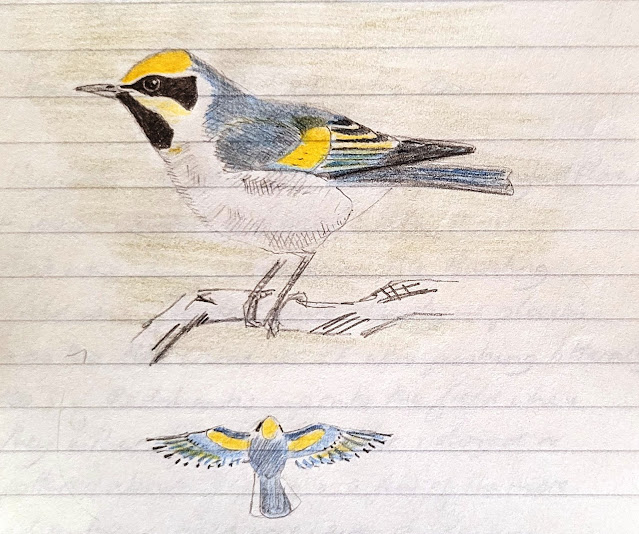 None of us had cameras back then but the now ancient VHS video in my head is still thankfully working and I can recall every detail. Roger was always smiling (which made his eyes disappear) and he was most happy to see this one off vagrant.

We had a disastrous day that started with dipping the male Desert Wheatear at Barn Elms Reservoir (which I think is now the WWT Wetland Centre?) and then dashing to Minsmere to also miss a Penduline Tit amongst other things but it is the commentary of the Hillsborough football stadium disaster over the radio in Roger’s car that I recall most about that day...

A week later Roger took us down to Portland Bill to look for the infamous ‘Portland Pipit’. This controversial bird had been around a while and had divided the birding community as to whether it was a Richard’s or Blyth’s. We saw it well and despite my notes proclaiming that it was definitely a Blyth’s there are some obvious Richard’s-sized holes in them including the large size and bill and it did not last long on my list after that day. I had to wait until November 1994 before I saw a dinky real one at Languard Point. We saw Puffins and such like at The Bill and ledge walking Whimbrels too. 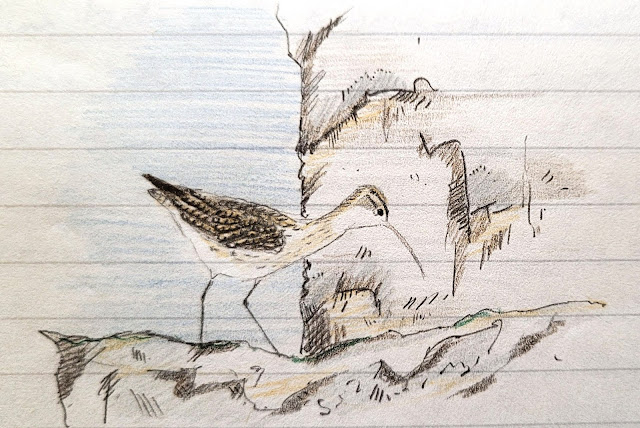 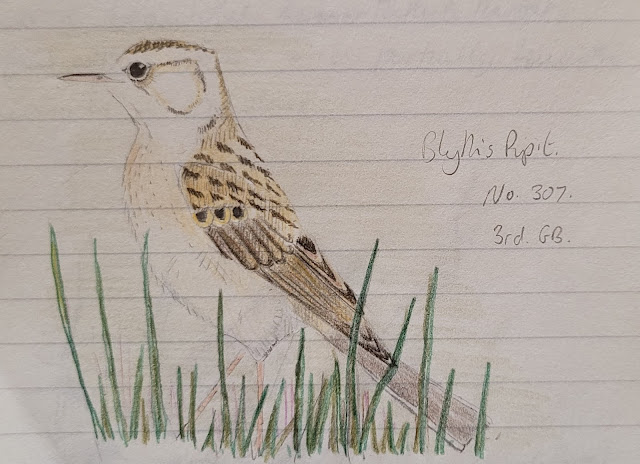 Cetti’s Warblers at Radipole were my 200th species that year (there were still not in the south east after the killer mid ‘80s winters) and we ended up with a Red-rumped Swallow back east in Sussex at Pagham.

There are undoubtedly more trips that I could unearth but at around this time Ian Woodward became the first of our crew to pass their driving test and the world of non-parentally guided birding opened before us.

Neither Paul or I would have ever have been able to twitch some of the classic birds of our youth without our semi-birding taxi service Dads for which we and our cabal of like minded teenagers are eternally grateful.   I am lucky enough to still have my Dad but Roger (and his monumental snoring) will always be remembered as part of my ornithological upbringing.