Given how hot it was when I awoke this morning I decided to have breakfast and have a quick walk up to Rede Common before my 10am Zoom meeting.  Rob Peters had seen a Dark Green Fritillary there yesterday so I thought it would be worth a punt before things got too sizzly.

I had a pleasant hour ambling through the fields of grass, Rosebay, Creeping Thistle and Ragwort and amassed a good selection of species.  The DGF had a couple of power glides through the Thistles but did not linger so I am using Rob’s pic.  He saw it later on so it is still in ether somewhere. 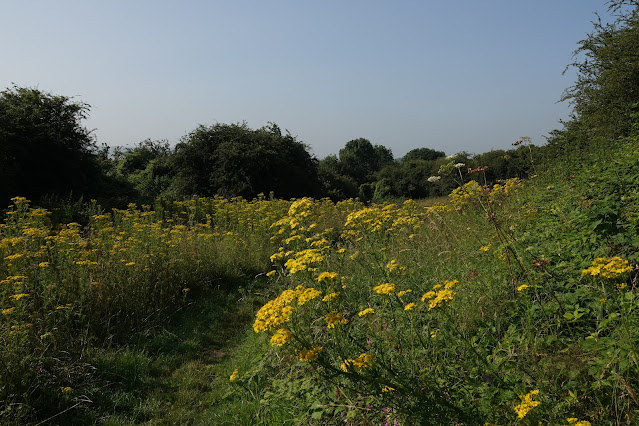 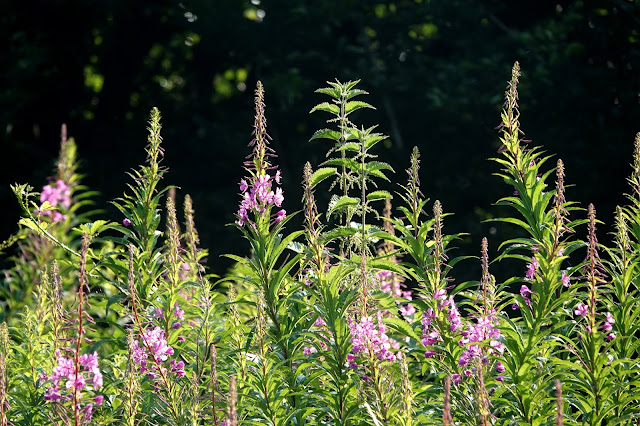 Meadow Browns and ‘Whites’ were everywhere with the odd Gatekeeper, Small Copper and Marbled White too while Painted Lady and the other thee common big species were seen.

I struggle with both White-letter and Purple Hairstreak here but as usual both gave brief tantalising views from their respective Elms and oaks.

A Chrysotoxum bicinctum was the best Hoverfly with a few commoner species along with both Volucella zonaria and pellucens.

A not quite mature male Migrant Hawker gave me a scare in shades of slate grey and black and Ruddy and Common Darters were already active.

Broods of Blackcap, Chiffchaff and Whitethroat were all seen and at least 45 Swifts screaming in a swirling ball above the Common was a sign that our local birds have fledged and had a good season. 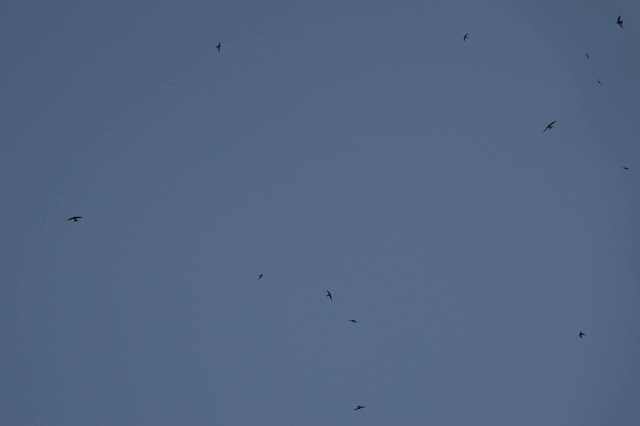 A quick meeting and subsequent visit and then back into Kent for a look at The Larches to see if things had moved on.  The Yellow Bird’s Nests were poking through in several spots with most with still a way to go but I did find several that were fully up and glowing in the leaf litter under the Beeches and Yews.  They are still difficult to photograph with most images coming out far pinker than they appear to my eyes which I suspect is due to their semi translucent nature. 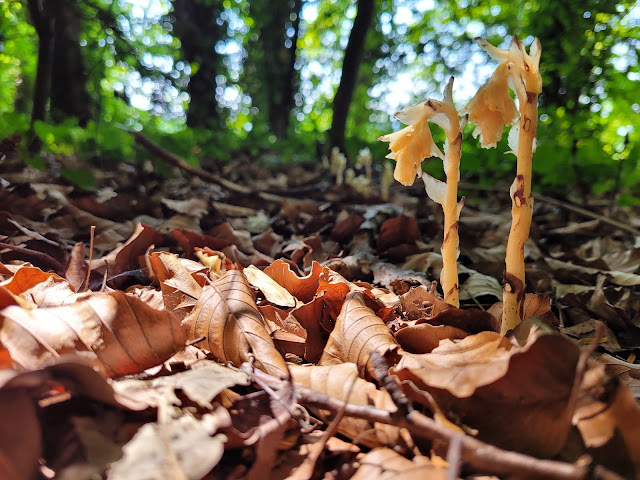 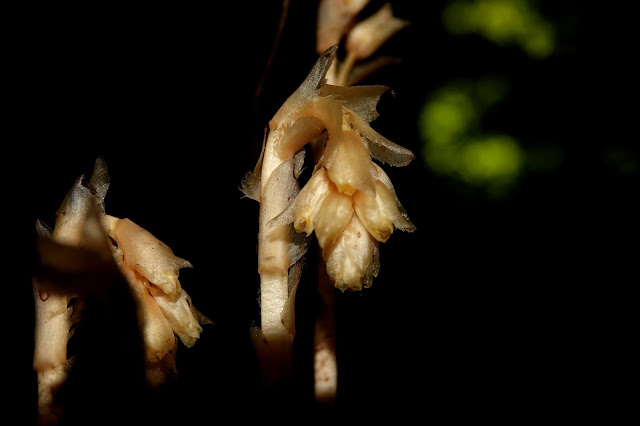 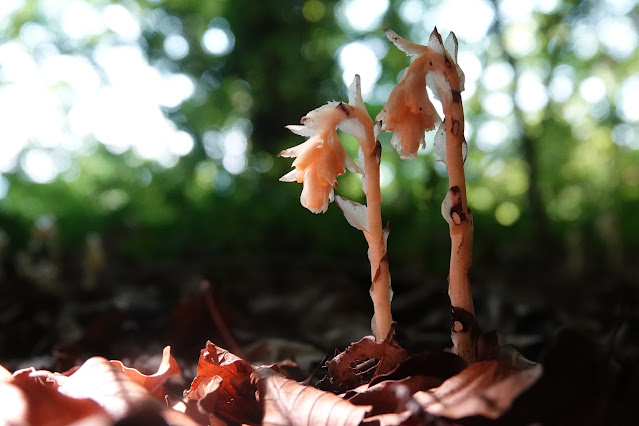 The Broad-leaved Helleborines were now huge with some flower spires over three foot tall but not a single bloom was even slightly open and I think that they have a couple of weeks to go yet. However, well away from the pathside monsters I found a strange foot high Helleborine with open flowers, most of which lacked almost any colour. There were still unopened ones above but they were sparsely placed.  I presume it is an early runty BLH. 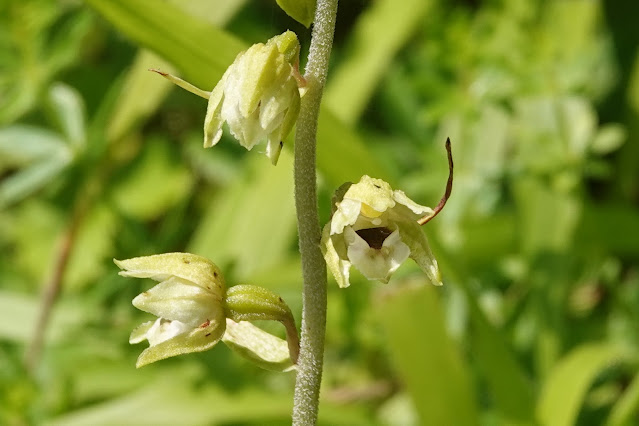 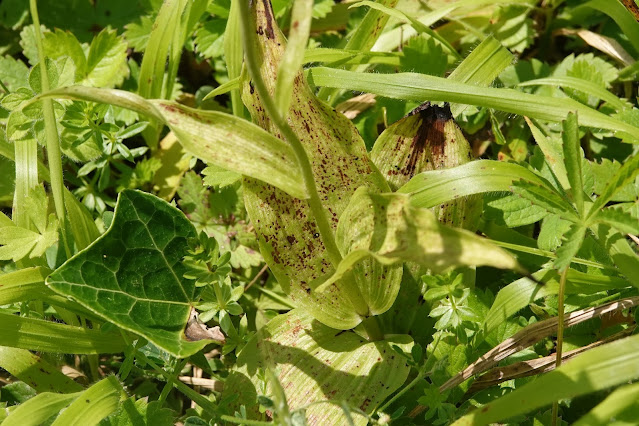 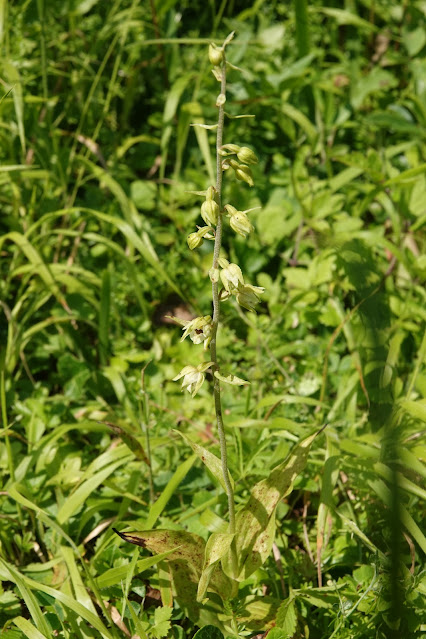 Plenty of Whites danced around the clearing but it will be a while before shimmering Blues return btu a Clouded Yellow was my first of the year.  There were lots of Meadow Grasshoppers and a few Darters and a single male Migrant Hawker patrolling while two Silver Washed Frits briefly landed on a few remaining Bramble flowers before rushing off once again.


It really was far too warm, even in the woods so I called it a day and came home.